12 facts about the legendary AK 47 Kalashnikov assault rifle that you didn’t know for sure.

This machine is known and respected all over the world. Read about the interesting facts of the Kalashnikov assault rifle. Its creator, Mikhail Kalashnikov, was born on November 10, 1919 in the village of Kurya (Russia, USSR) in a large peasant family. Mikhail Kalashnikov died on December 23 at the 95th year of life after a long serious illness.

Mikhail Kalashnikov began the Second World War (1941-1945)  in August 1941 as a tank commander. In October 1941, he was seriously wounded in the battles near Bryansk. While being on six months’ leave for health reasons, Senior Sergeant Kalashnikov developed his first model of a submachine gun. In 6 years, he will create the most legendary machine gun – AK 47. 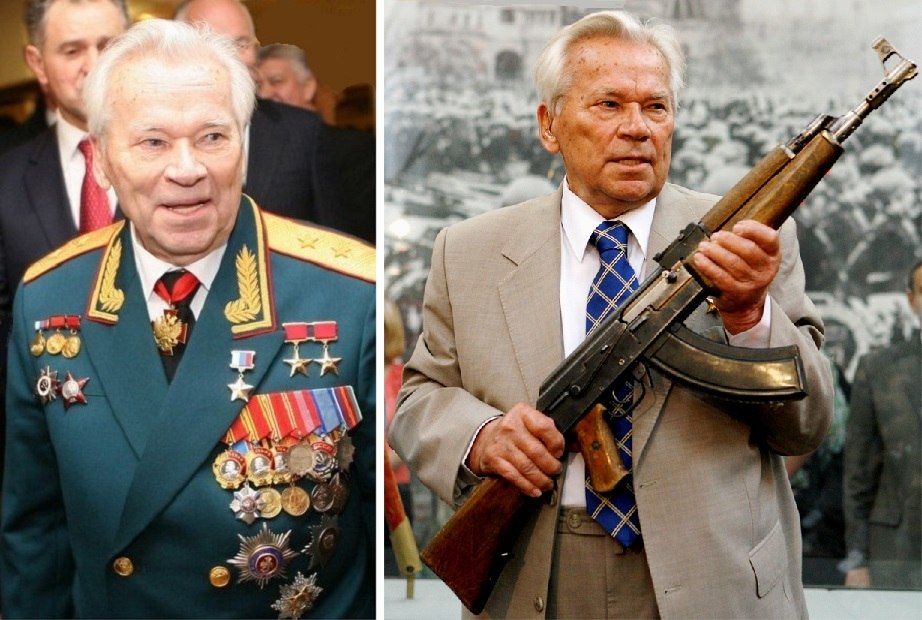 The creator of the legendary small arms, Mikhail Kalashnikov, by no means became a rich man due to his invention. The thing is that the rights to manufacture the machine have never belonged to him. For his invention, he received many state awards, including the “Hero of Socialist Labor” and “Hero of the Russian Federation”, and in 1945 he received the Stalin Prize, the size of which was 150 thousand rubles, which was a huge amount of money at that time. However, he met his old age rather modestly and did not leave any large inheritance to his children. By the way, the creator of the American M-16 rifle, Eugene Stoner, received $ 1 from each rifle produced, thanks to which he became a multimillionaire by old age.

Facts about the Kalashnikov assault rifle

Everyone knows that the Kalashnikov assault rifle is the most reliable assault rifle in the world and can work in any conditions. During the Vietnam War, due to the very hot and humid climate, American M-16 submachine guns very often broke down and failed, so American soldiers had to use captured Soviet small arms AK-47, which they took from the killed Vietnamese. Ammunition was also in abundance, so it turns out that during the war in Vietnam, the Kalashnikov assault rifle fought on both sides. 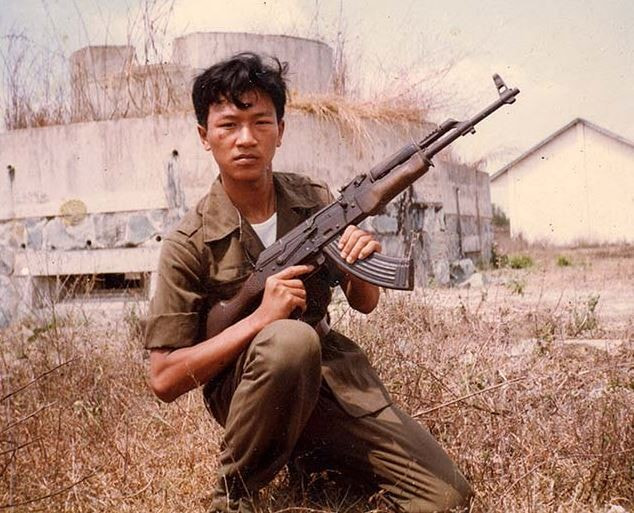 Moreover, an American soldier could confuse his opponents by using their own weapons against them, especially in the middle of the night. The AK had a distinctive firing sound and its tracer bullets glowed green rather than red – the standard color in western armies.

The American military scoured Vietnamese villages in search of guerrillas and their supplies, so they did not lack Soviet weapons and ammunition. The commandos and regular units also confiscated contraband all the time – from food supplies to heavy weapons. The captured AK and their 7.62mm cartridges were sent to the troops. 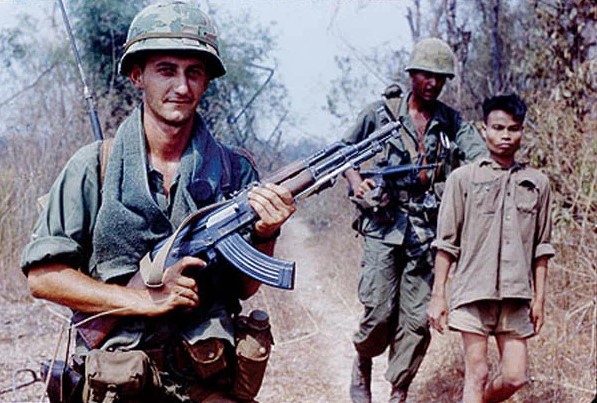 American soldier with an Ak 47 assault rifle in Vietnam

Russia is far from being the only country that produces the Kalashnikov assault rifle. Countries such as India, China, Israel, Nigeria and many other also have a license for its production. Also in the world there are a large number of illegal clandestine factories where they make very low-quality and cheap fakes of these small arms. 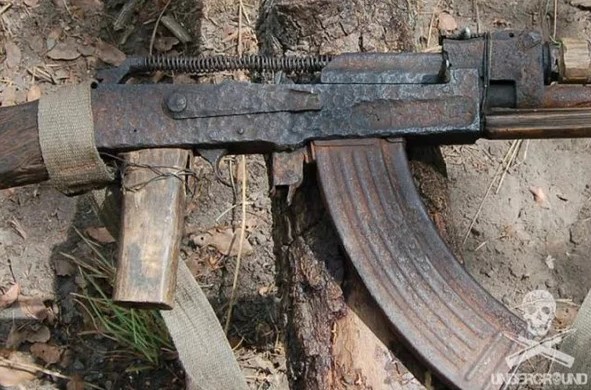 A copy of the AK 47 made in artisanal conditions. Photo by Jon Wayne Taylor

10$ for a Kalashnikov assault rifle 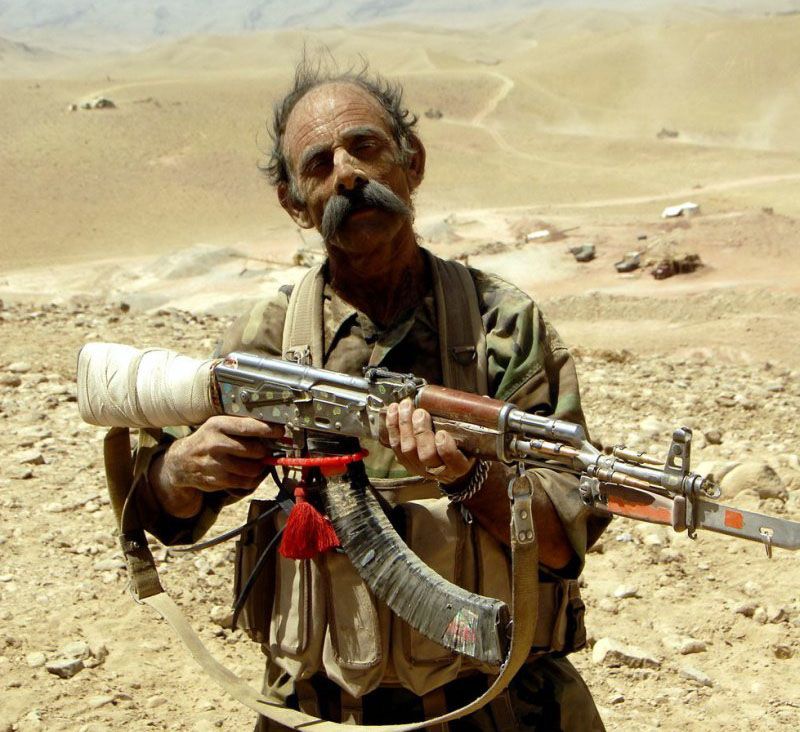 The Kalashnikov assault rifle as a symbol of African countries

The Kalashnikov assault rifle is so popular in Africa that it is even depicted on the emblems of some countries. It is currently featured on the coat of arms of Zimbabwe, on the flag of Mozambique and on the coat of arms of the small Asian state of East Timor. By the way, in Africa, parents often give their children the name Kalash, in honor of the machine gun, and every year there are more and more small Kalashes in Africa.

AK-47, having become a symbol of uprising and revolutionary struggle, can now be safely considered an independent cultural phenomenon.

It is believed that more people were killed with the Kalashnikov assault rifle than as a result of missile strikes, aerial bombardments and artillery fire combined. At least 250,000 people die from bullets fired from these small arms every year. During his lifetime, Mikhail Kalashnikov was accused of the fact that his invention is terrible, and it brings many deaths. Mikhail Kalashnikov himself always said that he sleeps absolutely peacefully at night, because he created his machine gun to defend the Motherland. 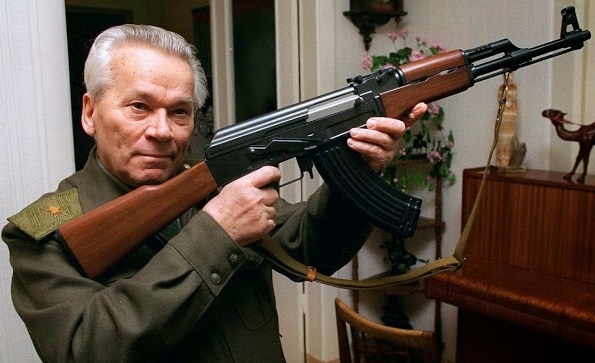 Former Iraqi President Saddam Hussein had a redesigned gilded AK-47. It was first shown to the UK for experts at the opening of an arms exhibition. The Royal Arsenal in Leeds displays several hundred weapons captured by the British army around the world over the past 100 years.

And the golden Kalashnikov AK-47 assault rifle literally stands out with its special brilliance. It is the gun which belonged to the former Iraqi leader Saddam Hussein, who was famous for his love of weapons.

The dictator had several such “Kalashnikovs” – they were awarded to the closest associates for special merits. 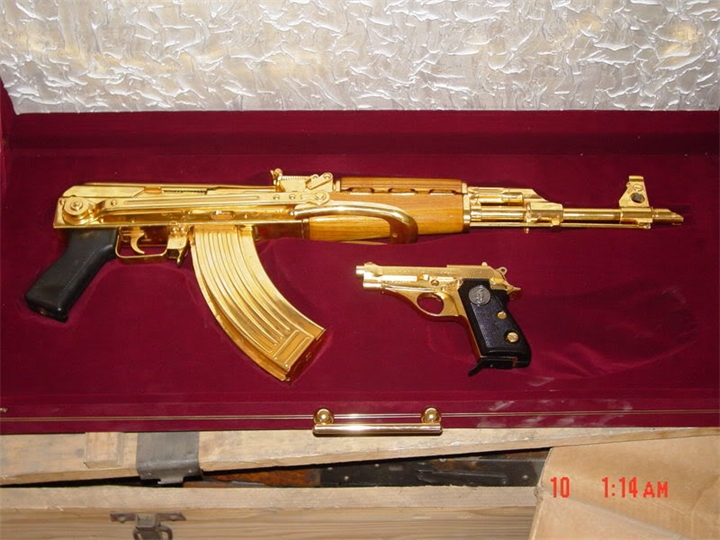 Gold AK 47 from the collection of Saddam Hussein 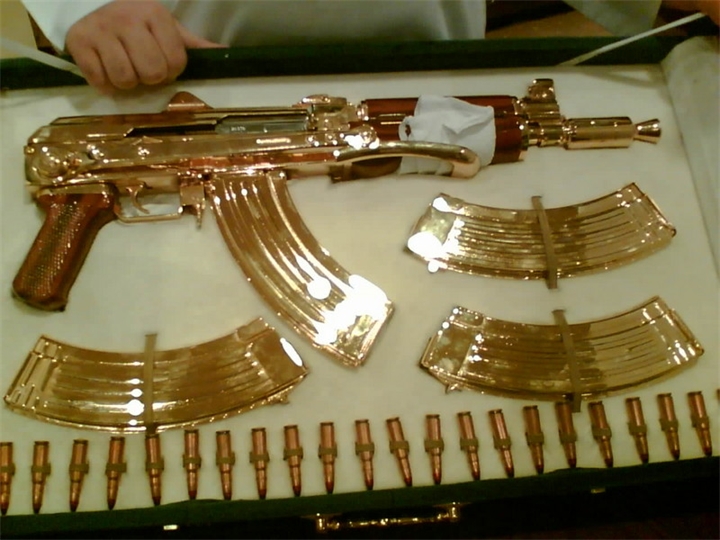 Gold AK 47 from the collection of Saddam Hussein

Be that as it may, both critics and fans of Kalashnikov agree on one thing: his invention changed the history of mankind. According to the Small Arms Survey, the international research organization, the Kalashnikov cult has become a common term describing the weaponry traditions of many countries of the Caucasus, the Middle East, Central Asia, and Africa.