This time I will briefly tell you about the 5 bloodiest battles of the Second World War:

1. The battle of Stalingrad;

2. The Battle of Moscow;

4. The Battle of the Dnieper;

The theater of war in central Europe. 1944

The Stalingrad battle is one of the most important battles of the Second World War and the Great Patriotic War between the Red Army and the Wehrmacht with the support of the armies of the “axis” countries. It occurred on the territory of modern Voronezh, Rostov, Volgograd regions and the Republic of Kalmykia from July 17, 1942 to February 2, 1943.

The German offensive lasted from July 17 to November 18, 1942, its goal was to capture the great bend of the Don, the Volgodonsk Isthmus and Stalingrad (modern Volgograd).

The implementation of this plan would have blocked transport links between the central regions of the USSR and the Caucasus, and created a bridgehead for a further offensive to capture the Caucasian oil fields.

The victory of the Soviet troops in the Battle of Stalingrad is the largest military-political event during the 2nd World War. The great battle, which ended with the encirclement, defeat and capture of a selected enemy group, made a huge contribution to achieving a radical turning point during the Great Patriotic War and had a serious impact on the further course of the entire Second World War.

Read: Rare color photos of the German offensive on Stalingrad 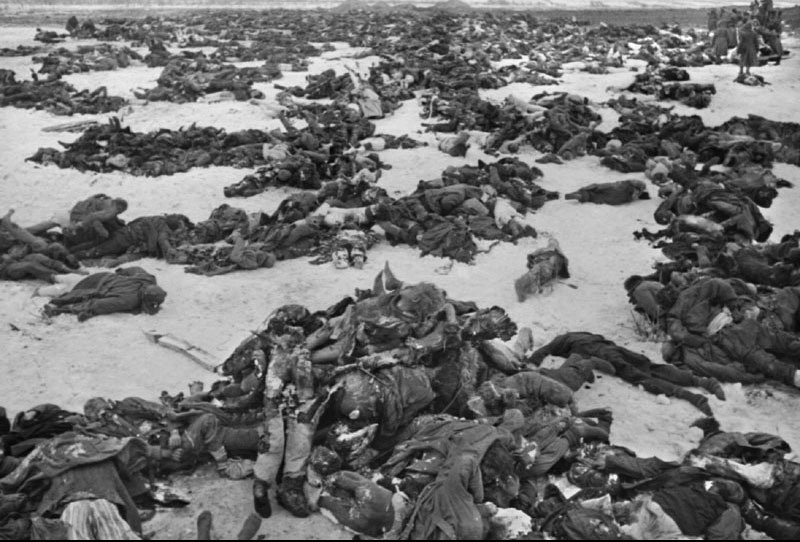 Thousands of dead soldiers lie on the battlefield under Stalingrad.

The battle took place in a space whose borders in the north ran along the Volga River from Kalyazin to Rzhev, in the west – along the rocky railway line Rzhev – Vyazma – Bryansk, in the south – along the conventional line Ryazhsk – Gorbachevo – Dyatkovo.

On December 5, 1941, the Red Army launched a counterattack on the entire front near Moscow, having carried out a number of successful front-line offensive operations and drove the enemy 150-300 kilometers from the capital.
During the battle, German troops suffered a tangible defeat. Tula, Ryazan and Moscow regions, many areas of the Kalinin, Smolensk and Oryol regions were completely liberated. 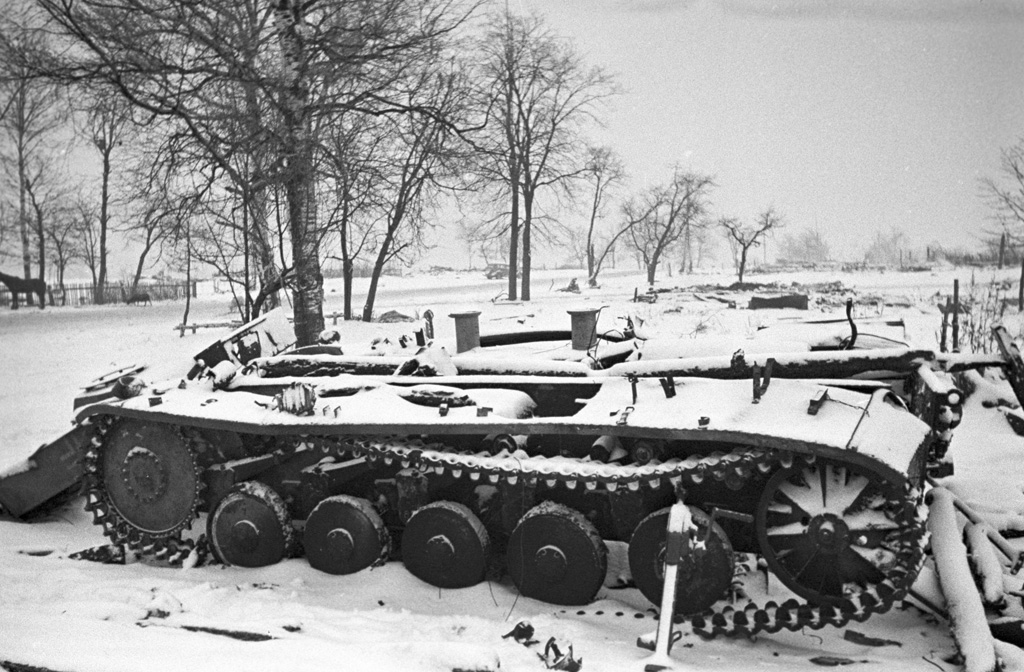 The Kiev operation (1941) – a large-scale battle of the Red Army and the Wehrmacht in July – September 1941 during the Second World War.

From the German side, the Army Group South participated in the battle under the command of Field Marshal Rundstedt, as well as the 2nd Panzer Group of Guderian from Army Group Center, and from the Soviet side in the battle participated: the Army of the South-Western Front under the command of Colonel General MP P. Kirponos consisting of of the five combined armies and the Pinsk flotilla under the command of Rear Admiral D. D. Rogachev, under the general leadership of Marshal of the Soviet Union S. M. Budyonny. Directly followed the Lviv-Chernivtsi strategic defensive operation and preceded the Donbass-Rostov strategic defensive operation.

The defeat near Kiev was a heavy blow for the Red Army; it opened for the Wehrmacht the road to Eastern Ukraine, to the Sea of ​​Azov and Donbass. The surrender of Kiev led to the actual collapse of the Southwestern Front, Soviet soldiers began dropping their weapons en masse and surrendering. 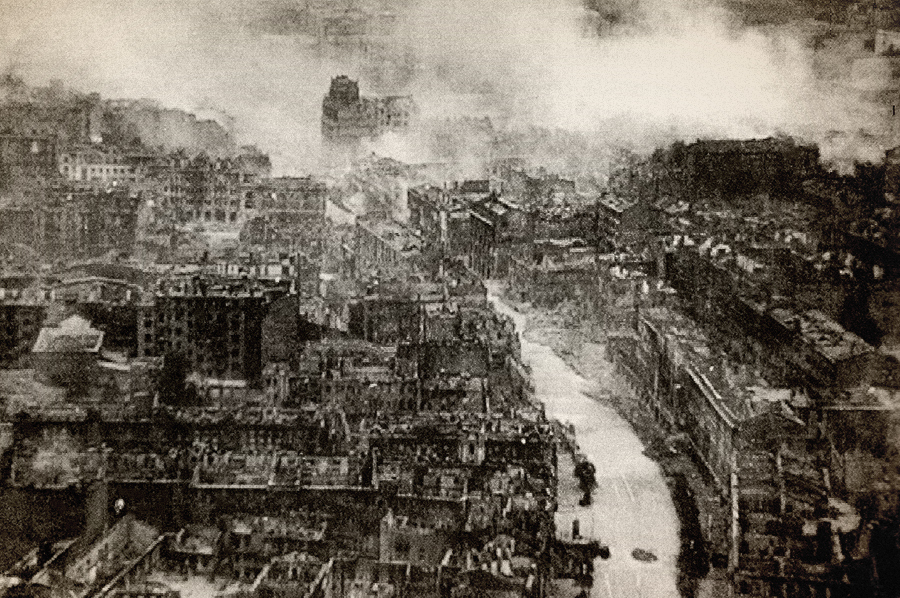 The Battle of the Dnieper was a series of interconnected strategic operations of the Great Patriotic War, conducted by the Armed Forces of the USSR, in the second half of 1943 on the banks of the Dnieper.

On both sides, up to 4 million people took part in the battle, and its front stretched for 750 kilometers. As a result of the four-month operation, Left-Bank Ukraine was almost completely liberated by the Red Army from Nazi invaders. During the operation, significant forces of the Red Army crossed the river, created several strategic bridgeheads on the right bank of the river, and also liberated the city of Kiev. The battle of the Dnieper has become one of the largest battles in world history.

The battle of the Dnieper was another major defeat for the forces of Germany and its allies. The Red Army, which Hitler intended to stop on the Dnieper for a long time, was not only not stopped, but in a short time on a wide front crossed one of the largest rivers in Europe and inflicted a serious defeat on the Wehrmacht and its allies, forcing German troops to retreat along the entire front.

In addition, the battle of the Dnieper clearly demonstrated the strength and power of the partisan movement. The Rail War, conducted by Soviet partisans from September to October 1943, significantly complicated the supply of German troops, forcing the enemy to divert considerable forces from the front to guard and ensure their rear communications. 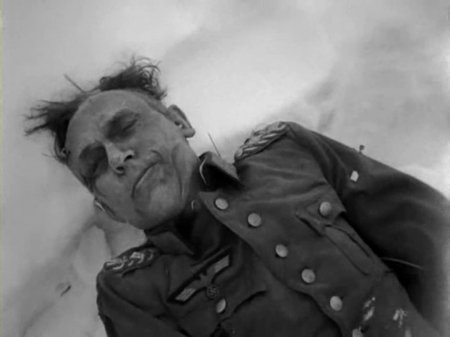 Dead Wehrmacht soldier in the snowy steppes near Korsun-Shevchenkovsky.

The Kursk battle was a combination of strategic defensive (July 5–23) and offensive (July 12 – August 23) operations of the Red Army in World War II with the goal of disrupting a major attack by the Wehrmacht forces and defeating its strategic grouping.

In terms of its scope, forces and means involved, tension, results and military-political consequences, it is one of the key battles of the Second World War. In historiography, it is considered the largest (greatest) tank battle in the history of all the wars of the world. It was attended by about 2 million people, 6 thousand tanks, 4 thousand aircraft; the battle paved “the path to the great Soviet offensive operations of 1944-45.”

After the battle ended, the strategic initiative finally took the side of the Red Army, which continued to liberate the country from the German invaders and, until the end of the war, conducted mainly offensive operations. The Wehrmacht during the retreat from the territory of the USSR pursued a policy of “scorched earth”

As a result of the defeat of the considerable forces of the Wehrmacht on the Soviet-German front, more favorable conditions were created for the deployment of the actions of the American-British troops in Italy, the fascist bloc began to collapse – the Mussolini regime crashed, and Italy withdrew from the war on the side of Germany. Under the influence of the victories of the Red Army, the scale of the resistance movement in the countries occupied by German troops increased, the authority of the USSR as the leading force of the anti-Hitler coalition strengthened. 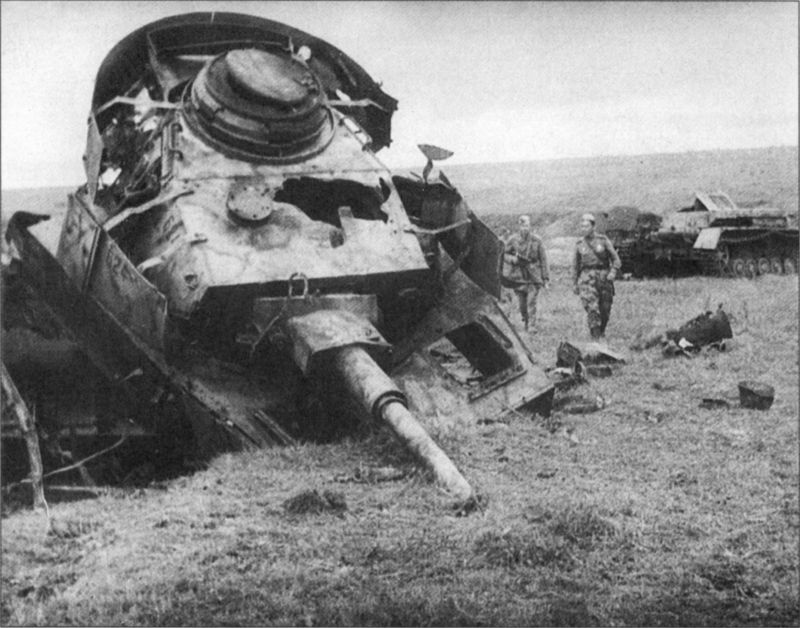 CATEGORIES BattlefieldWar History
TAGS Battle of KurskThe Battle of KievThe Battle of MoscowThe battle of StalingradThe Battle of the Dnieper
NEWER POSTWhat can be found with a metal detector in place of an old house?
OLDER POSTMauser Tankgewehr M1918 anti-tank rifle