The search for this 76 mm regimental gun M1927 lasted for three years. The head of the “Otsing” search club, Igor Sedunov, says that searchers found information about the approximate whereabouts of the found 76 mm regimental gun in the archives. From the report, they learned that the cannon went to the bottom of the swamp after a shell exploded nearby.

The soldiers tried to find the cannon, but failed. The document marked the square in which the loss of the gun occurred. The stimulus of the search was the high probability that it was the only instance of the regimental gun, the 1927 model, which was possibly in the original camouflage. 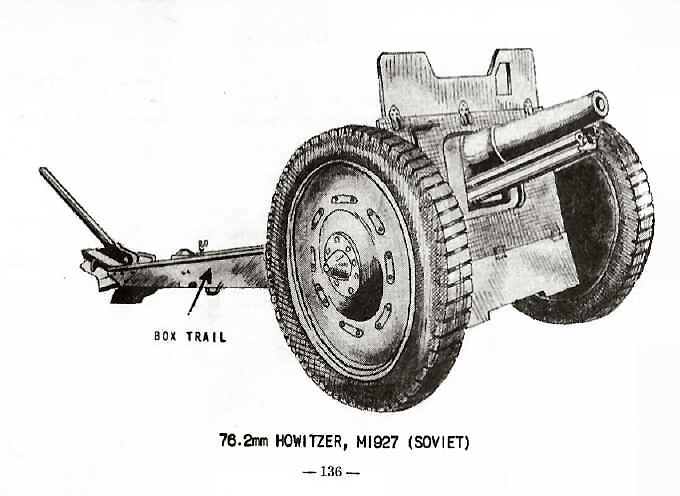 “There are not many of them at all – after the war, such guns were actively re-melted, and those that saved, perhaps all were repainted.” – says Igor Sedunov.

With the help of a professional metal detector that allows you to search for objects at a depth of 15 meters, the cannon was found in the Kyrgesoo swamp at a depth of 7 meters. A week later, they made the first attempt to extract it from the marsh depths, but it was not possible to fix it reliably. The next day, with the help of “Otsing” club diver Mikhail Zenov, who sank to the bottom of the swamp, they picked up a winch to the cannon and pulled it out of the quagmire.

Search and work on raising the gun were carried out during the period when the swamp was frozen, and blocks of ice were sawn in a particular place to extract the guns from the swamp depths. It was difficult to find a cannon. However, it is even more difficult to get it from the bottom of the swamp. Photo by Otsing.

What is the state of the gun?

As expected, the cannon was completely covered with the original paint. A large number of traces of fragments and bullets on the cannon made a strong impression. Igor is sure that during the operation of the cannon, a few artillery crew was killed behind it. Looking at this cannon, it is possible to understand what that war was like.

The cannon was coated with a special compound that will not allow the original paint to crumble. Then it was carefully washed off and a paint fixing compound was applied. Soon the cannon was transferred to the Sinimäe War Museum, dedicated to the Second World War.

Read: What happened if a coronavirus pandemic happened 100 years ago?

The process of extracting a relic to the surface It took several days to get the cannon out of the swamp’s arms. Photo by Otsing. After more than 70 years, the cannon will see sunlight. Photo by Otsing. The Otsing club searchers raised the 1927 Soviet regimental cannon participating in the battles of 1944. This is a unique find. Photo by Otsing. The Otsing club searchers raised the 1927 Soviet regimental cannon participating in the battles of 1944. This is a unique find. Photo by Otsing.

It is impossible to convey the emotions experienced by the expedition members. Photo by Otsing.

There remains one unsolved mystery.
Searchers are haunted by the fact that the report, which led to the trail of a sunken gun, speaks of the loss of a 45-caliber gun in a swamp, while a 76-millimeter gun was extracted from the swamp. It is hard to imagine that this was an accidental mistake, and the club leader admits that in the marked square of the swamp, another weapon is hiding, exactly the one that is reported in the document. Searches will be continued.