In this article I will tell you about how the Volgograd enthusiasts raised the rarity of the Second World War — the Soviet T-60 tank — from the bottom of the Dobraya River — before that, there were only five of such tanks in the world. The described events took place in 2011.

Enthusiasts from Volgograd learned about the sunken tank from local residents. After checking the bottom of the Dobraya river, the words of local residents were confirmed. What kind of tank was at the bottom was unknown, and this intrigued enthusiasts even more. Work on raising the tank of World War II began immediately.

After complex manipulations, the tank was raised to the surface. It turned out to be the rarest Soviet T-60 tank. All members of the expedition were delighted with such a find.

The T-60 scout tank was a light tank produced by the Soviet Union from 1941 to 1942. During this period, 6,292 units were built. The tank was designed to replace the obsolete T-38 amphibious scout tank. 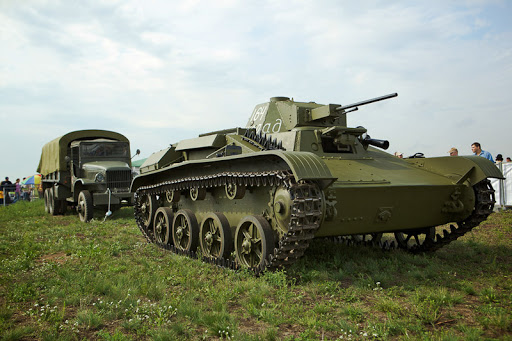 Nicholas Astrov’s design team at Moscow Factory No. 37 was assigned the task of designing amphibious and non-amphibious scout tanks in 1938. They produced the T-30A and T-30B prototypes. The former was to be manufactured as the T-40 amphibious tank starting in 1940. It also led to the T-40S (sukhoputniy, “dry-land” version), a heavier tank prototype which was considered too complex to manufacture. The T-30B prototype, sharing the T-40’s chassis but simpler in construction and with heavier armour, was accepted as the T-60 scout tank, and production began in July 1941, just after the German invasion.

Although at first intended to carry a 12.7 mm machine gun like the T-40, the armament was later upgraded to the 20 mm TNSh cannon, a tank version of the ShVAK, on the advisement of the People’s Commissar for Tank Industry Vyacheslav Malyshev. This weapon could penetrate 15 mm of perpendicular armour at 500 m which proved inadequate against the newer up-armoured German tank designs, thus attempts were made in 1942 to re-arm the T-60 with the 37 mm ZIS-19 cannon, but were abandoned due to the Soviet Union’s 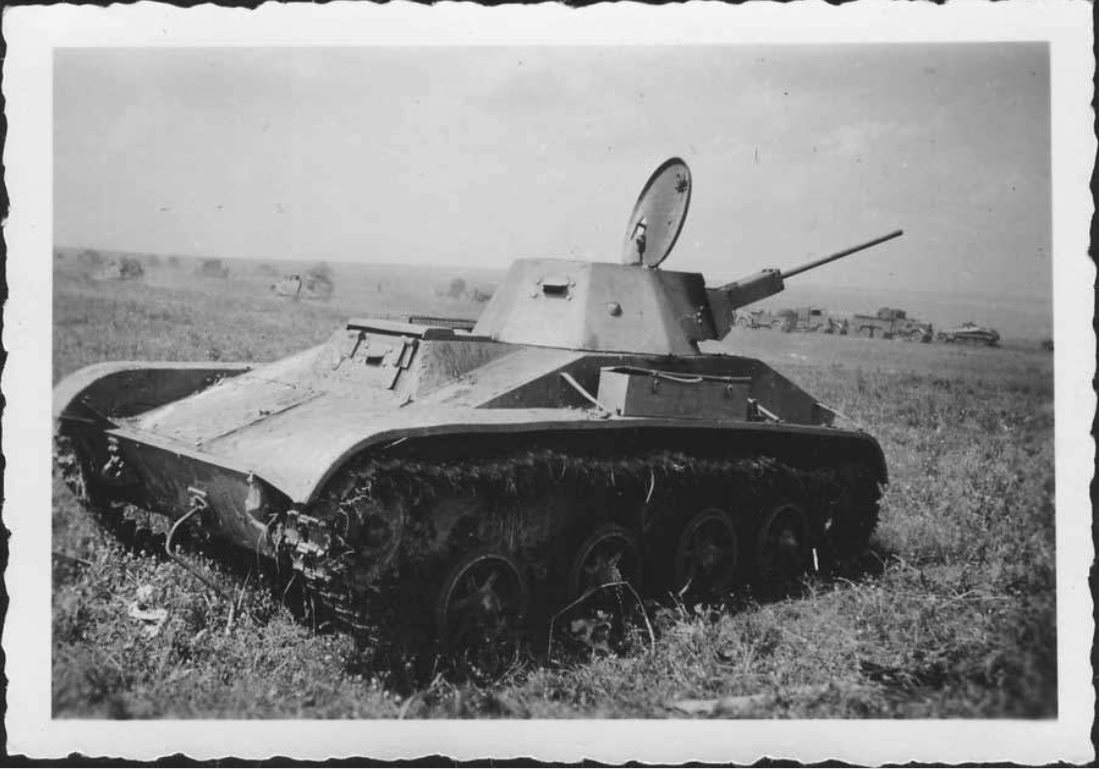 shortage of 37 mm ammunition. Due to this a new project was started to house the standard 45mm tank gun on a modified turret. That became possible, and a new turret was designed and tested successfully in the summer of 1942. The new turret had the gun moved to its right side to make more room for the crew member and a co-axial machine gun was added.

A number of T-60s were captured and pressed into German use as the Panzerkampfwagen T-60 743.

The T-60 was also used in the design of the experimental T-90 antiaircraft tank.

This combat vehicle is a truly rare find. Searchers were sure: from the bottom of the river they would raise the legendary T-34 tank – the most famous tank of the Second World War. As a result, a light Soviet T-60 was removed from under a three-meter layer of silt and earth. This tank is the dream of any museum of military equipment. In the world of such machines only six are preserved. 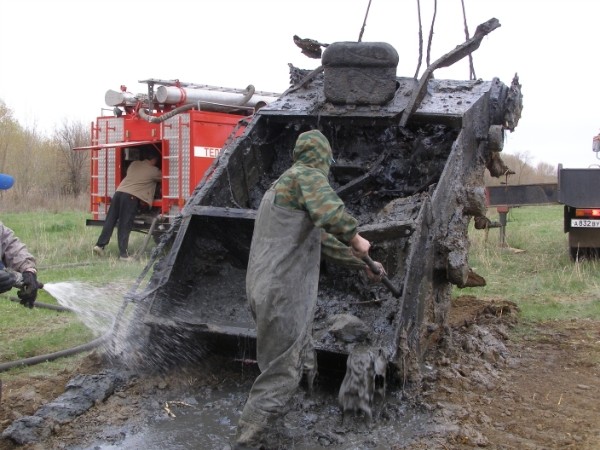 The light T-60 had another informal name during the war : the tank crew called the fighting vehicle “Mass grave for two people”. The fact is that the thickness of the side armor is only one and a half centimeters. The Germans easily pierced it from a heavy machine gun.

Under what circumstances this T-60 was lost, one can only guess. But searchers have their own assumptions about this: “On November 19–20, 1942 there was a counterattack by the 26th Panzer Corps. They went to the village of Kalach and on November 22–23 closed the ring of Nazi troops. Most likely, the tank was destroyed during the crossing. ” Apparently, the crew survived. There are no traces of fire on the objects found in the combat vehicle. The ammunition has partially survived, which means there was no explosion. Read: Abandoned tanks of the island of Shikotan 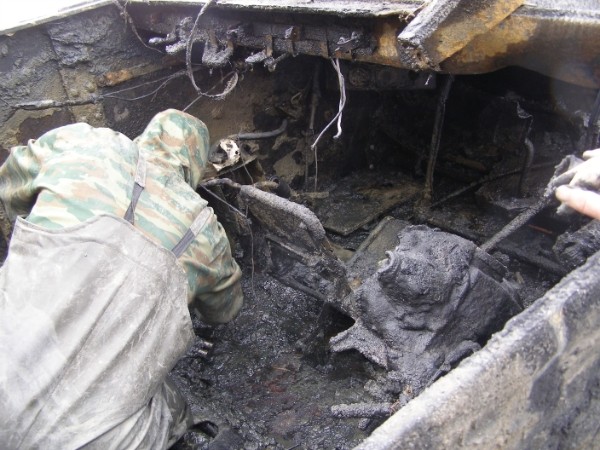 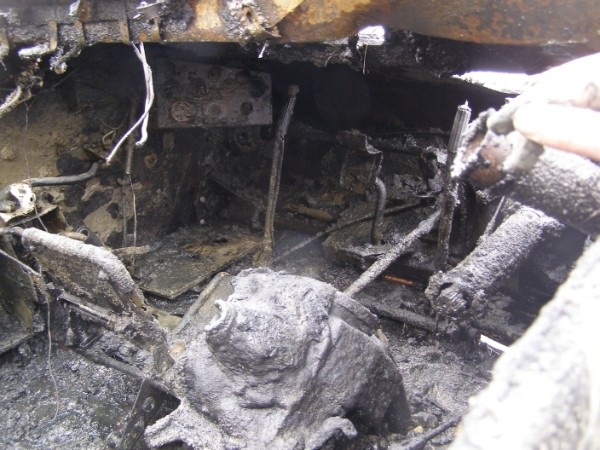 Two years later, the tank was not only restored externally, but was put on the move. Today the tank is in the Russian Museum “Battle of Stalingrad”, and takes part in the annual Victory Day parade on May 9. 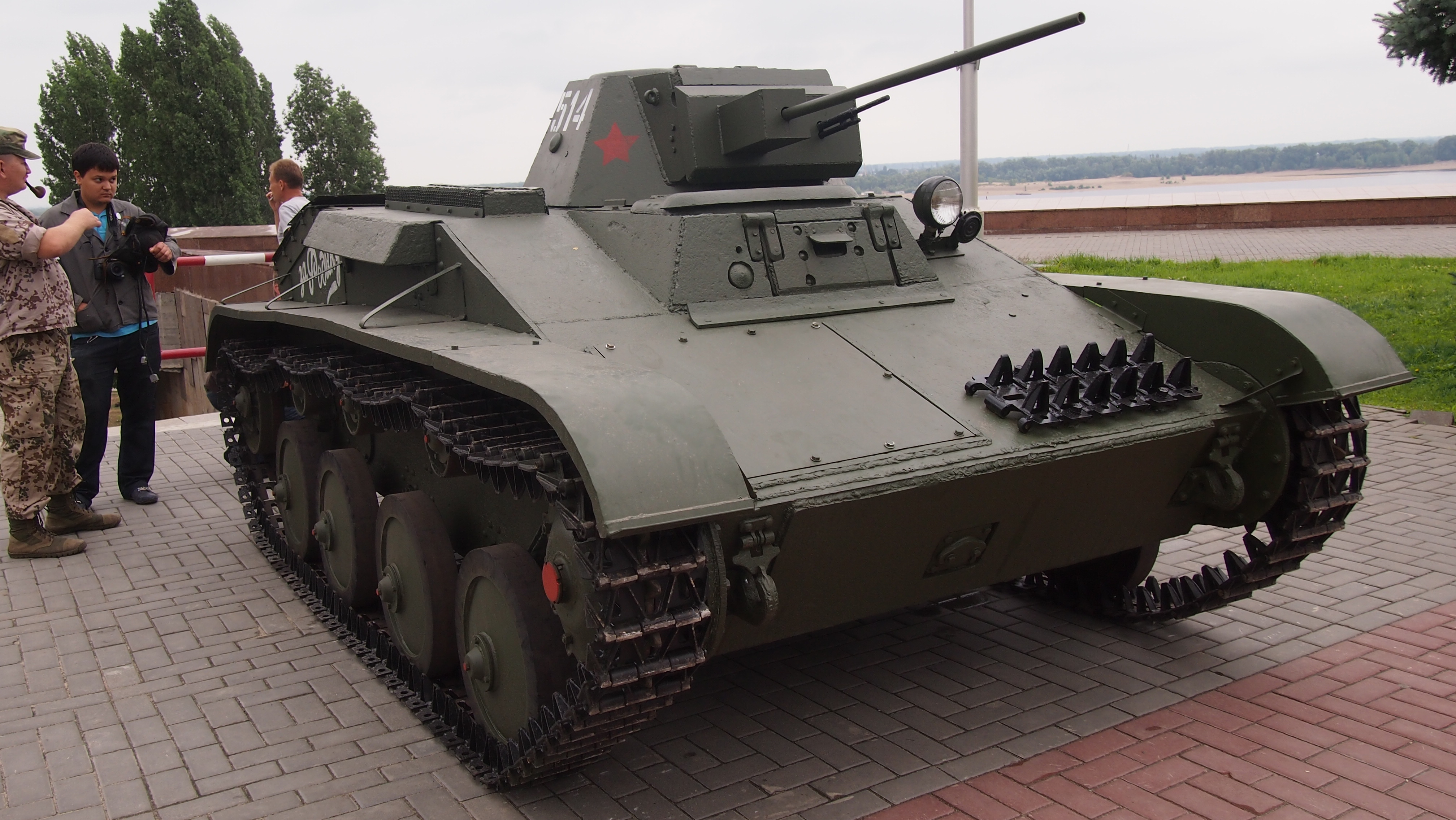 The restored tank is in the museum. The combat vehicle is completely ready for battle.