Not so long ago, a search party named after Yuri Gagarin (which searches for relics of the Soviet Union and the Wehrmacht with the help of a metal detector) managed to find many weapons in the swamp. In this article we will show you the Shpagin submachine gun (PPSh-41), which was also found in the swamp.

Wooden parts of the weapon (PPSh-41) survived in the marsh ground just fine, despite the fact that more than 70 years have passed since the end of the World War II. This search party specializes in military, and this 7.62×25 caliber weapon was not their first. With the help of a metal detector, these guys have already found many weapons and relics that hid the swamps and battlefield of the WW2.

The relics were found during the search work in the Leningrad region, Russia.

The 7.62-mm submachine gun of the 1941 Shpagin system (PPSh-41) is a submachine gun developed in the Soviet Union in 1940 by the designer Shpagin chambered for 7.62 × 25 mm and adopted by the Red Army on December 21, 1940 … The PPSh-41 was the main submachine gun of the Soviet Union troops in World War II. This weapon was produced from 1941 to 1947. In total, about 6,000,000 pieces were produced. After the end of WW2, by the mid-1960s, the PPSh-41 was withdrawn from service by the Soviet army and was gradually replaced with a Kalashnikov assault rifle. But until now, fans of military and metal detecting dream of finding it on the battlefield or buying it for their collection. 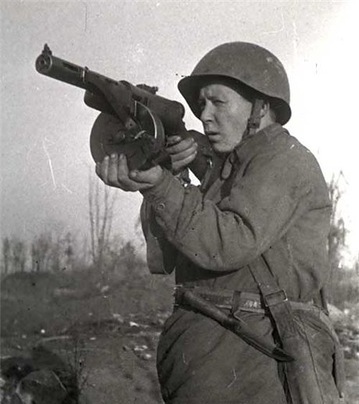 Judging by the numerous photographs of the World War II, preserved to this day, the Germans during the Second World War fell in love with the legendary PPSh-41 no less than their own-made guns. Some weapons had to be altered according to the German cartridge – the number of Soviet ammunition was strictly limited, and the reliability of the PPSh-41, thanks to a rather simple design, was higher than that of its German counterparts.

The famous PPSh-41, served by the Nazis under the name Maschinenpistole 717. The Germans distributed trophy weapons to their allies, not forgetting to equip them and their troops, including the Waffen SS. 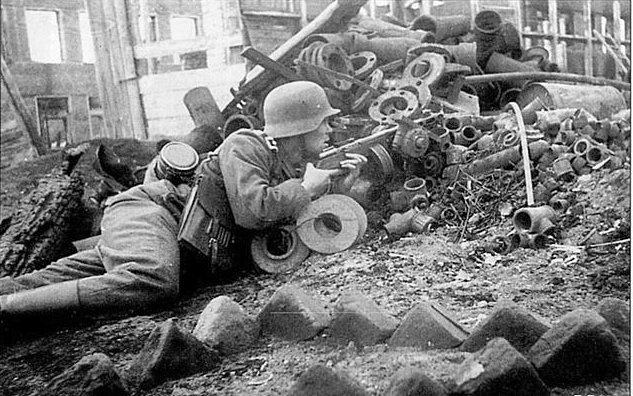 According to our assumptions, this submachine gun was lost in a swamp in the winter of 1943. On this sector of the front, Soviet troops advanced on the ice of the frozen swamp, German machine gunners shot Soviet soldiers and they remained lying on the ice until spring, when the ice melted, the bodies sank to the bottom of the swamp and remained there until they were found.

The marsh mothballed PPSh-41 very well. There is practically no air in it (in the swamp) and the process of decay of metal and wood is very slow. That is why lovers of searching with a metal detector more and more often get deeper into the swamps looking for relics of the World War II. 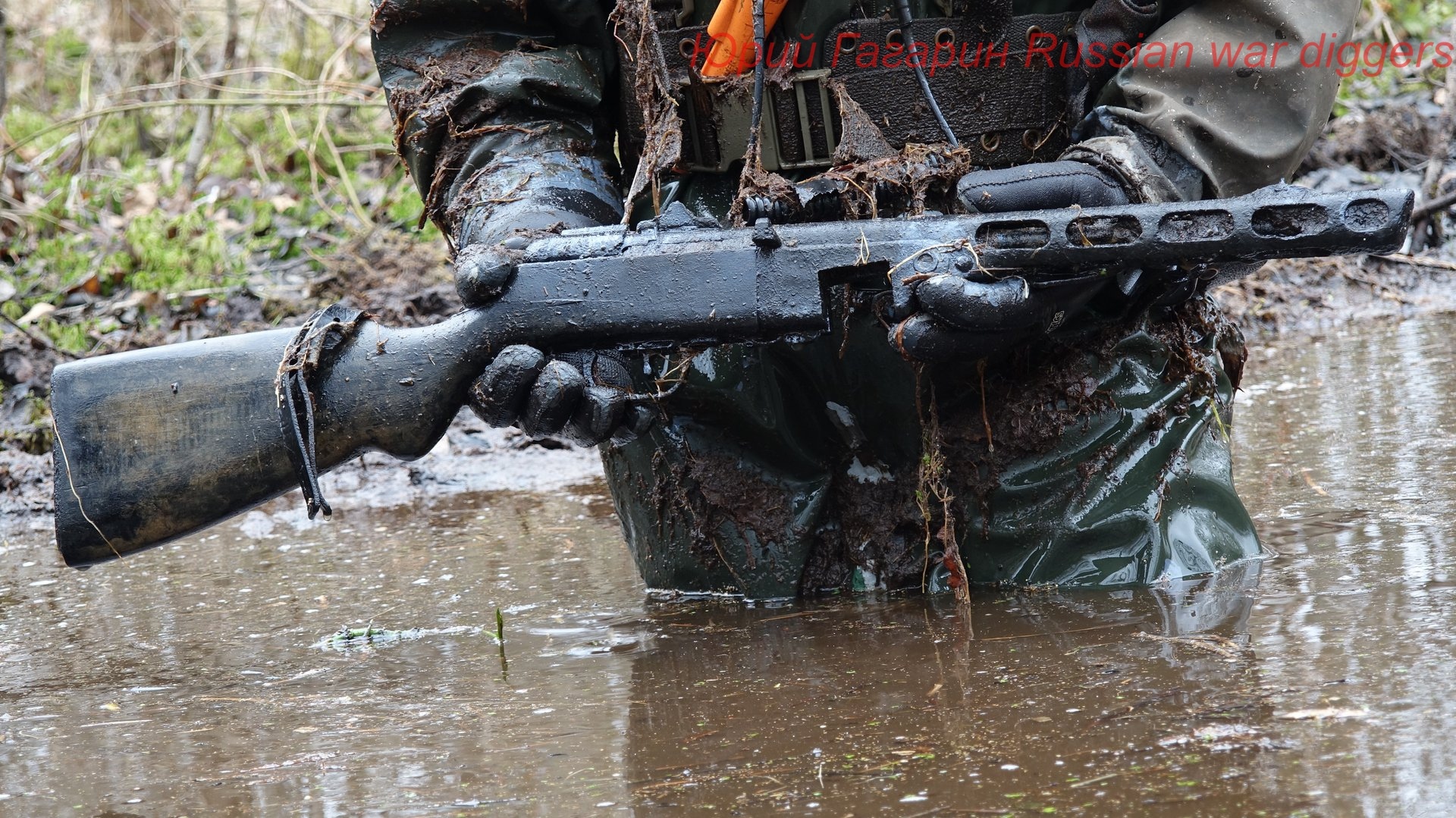 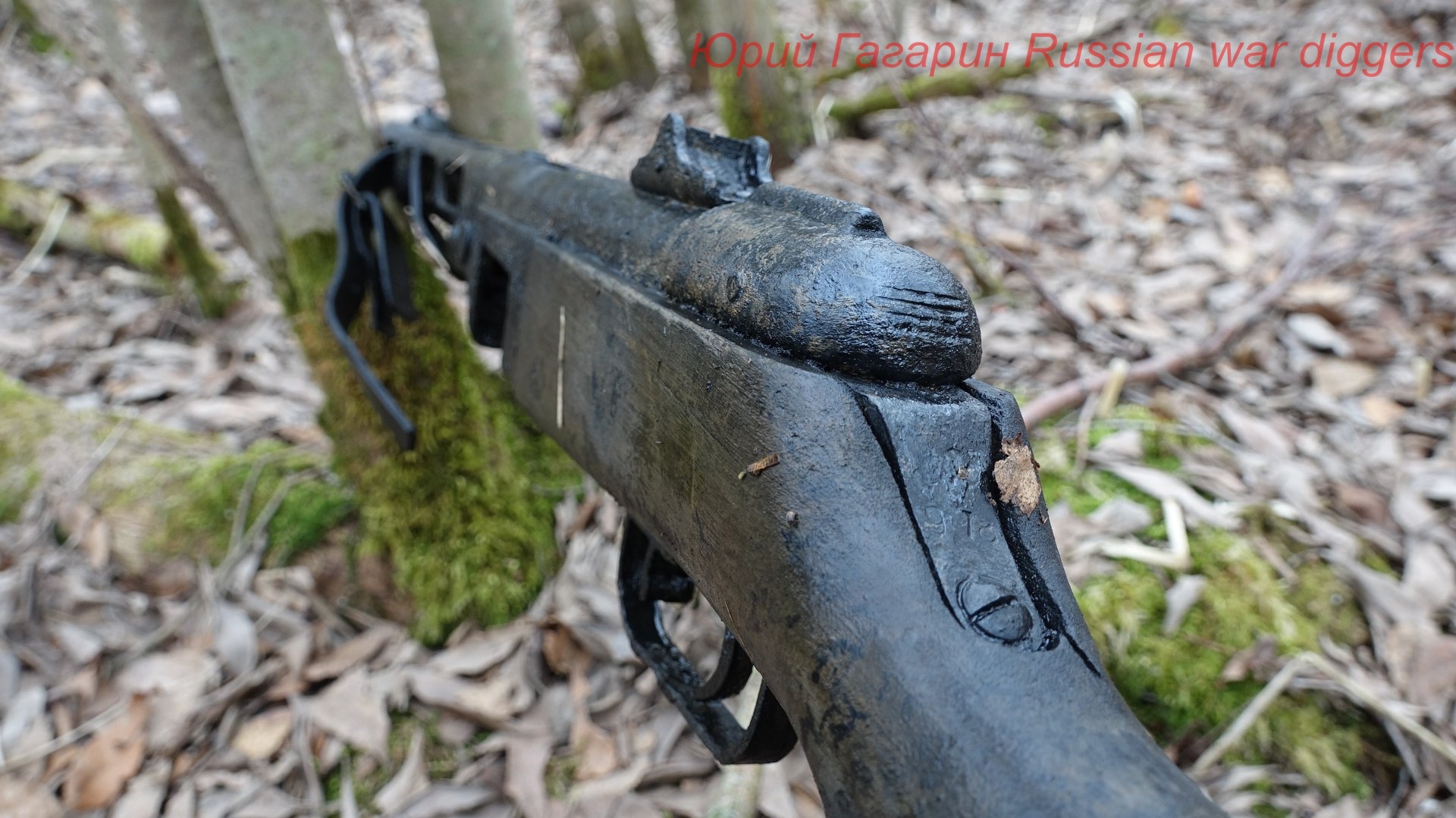 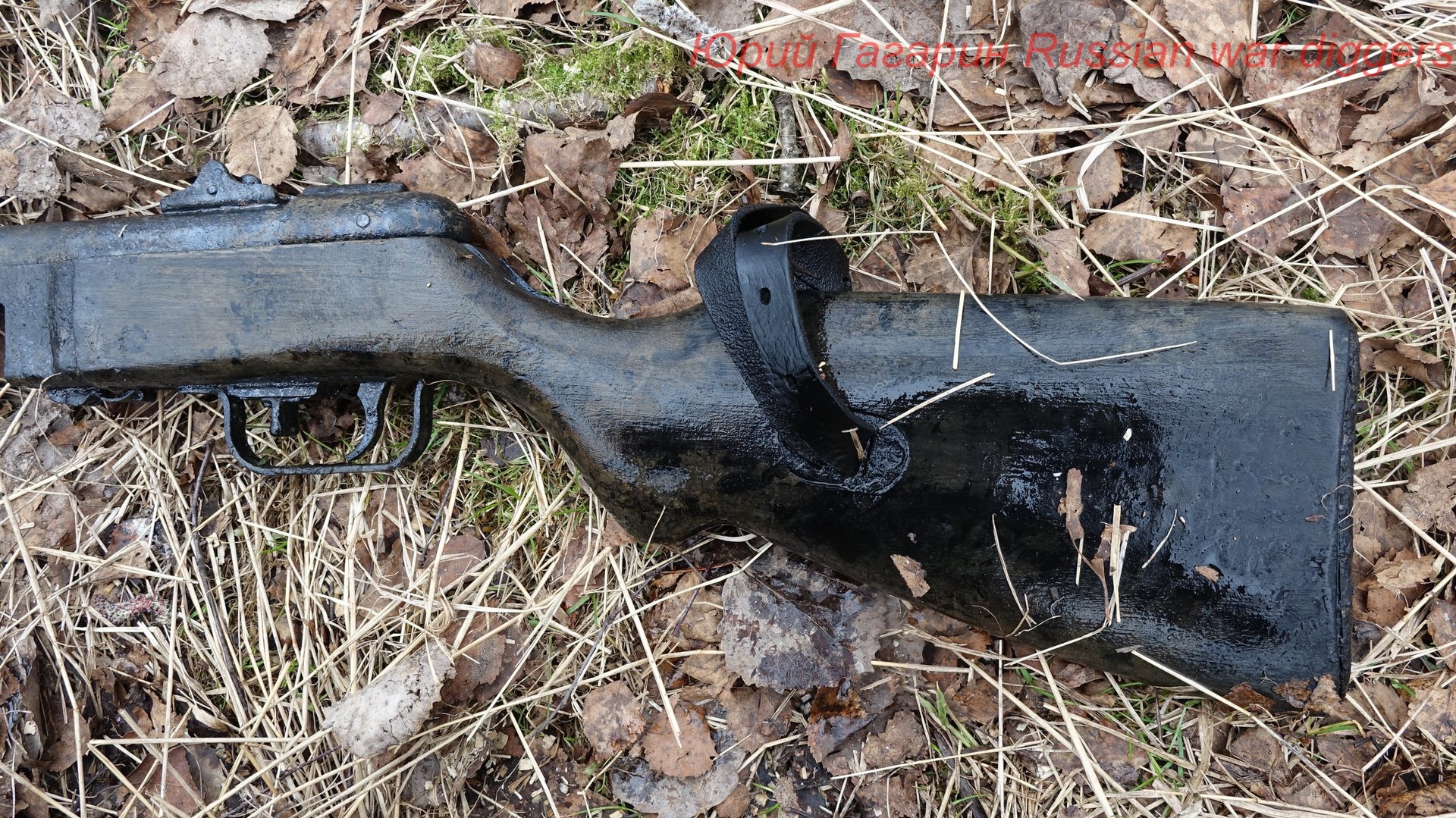 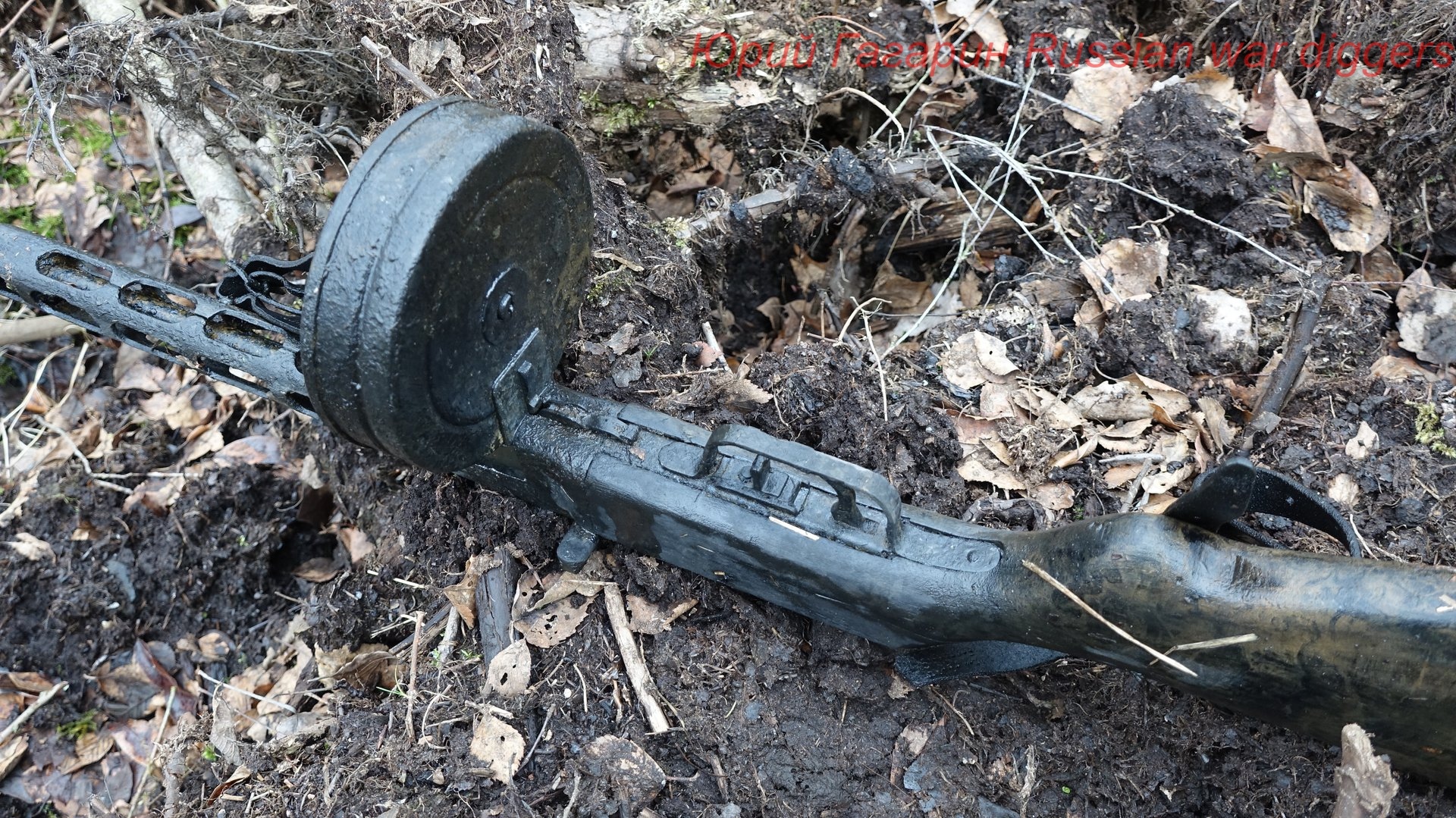 Another fact that the weapon was lost in the swamp in the winter of 1943 is evidenced by the fact that another relic was found nearby. This is a Soviet helmet Ssh-40 painted white, which tells us that the battles in this place took place in winter. Soviet and German soldiers in winter very often painted their helmets white, this was done during the WW2 for camouflage purposes.

A helmet painted in white color is less visible in the snow for enemy snipers, which gave a soldier a chance to save his life. Most often, helmets were painted in front-line conditions by the soldiers themselves (in a trench or dugout), which is why the layers of paint are so uneven. 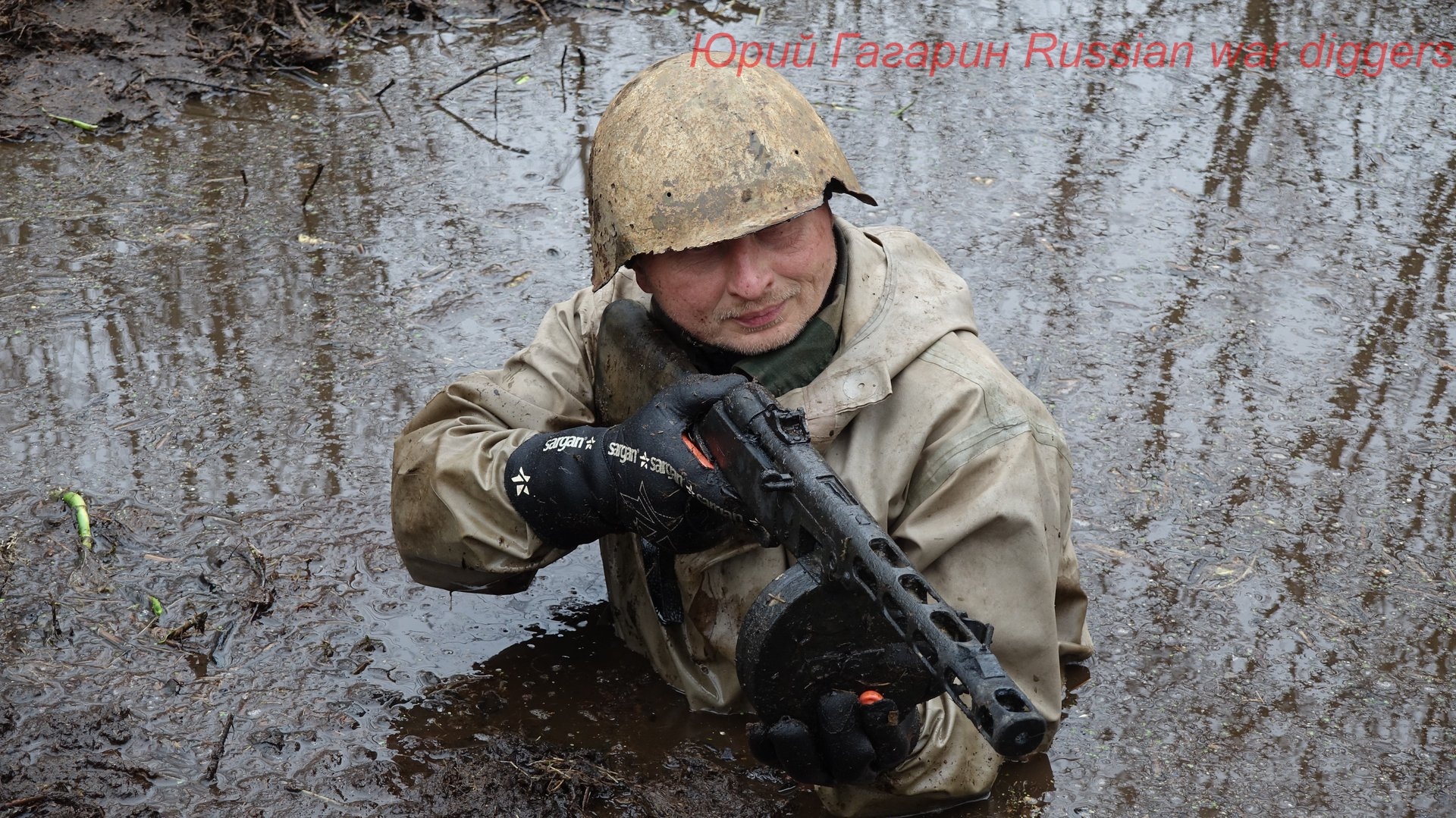 PPSh-41 found in a swamp using a metal detector