Apolon09/07/2020 2
In the capital of Argentina was discovered one of the largest warehouses of art objects from Nazi Germany. Artifacts were found by Interpol staff during a search of a collector’s house in Buenos Aires. The find again reminded of the Nazi leaders who, after the defeat of fascism and the surrender of the Third Reich, received refuge in Argentina. 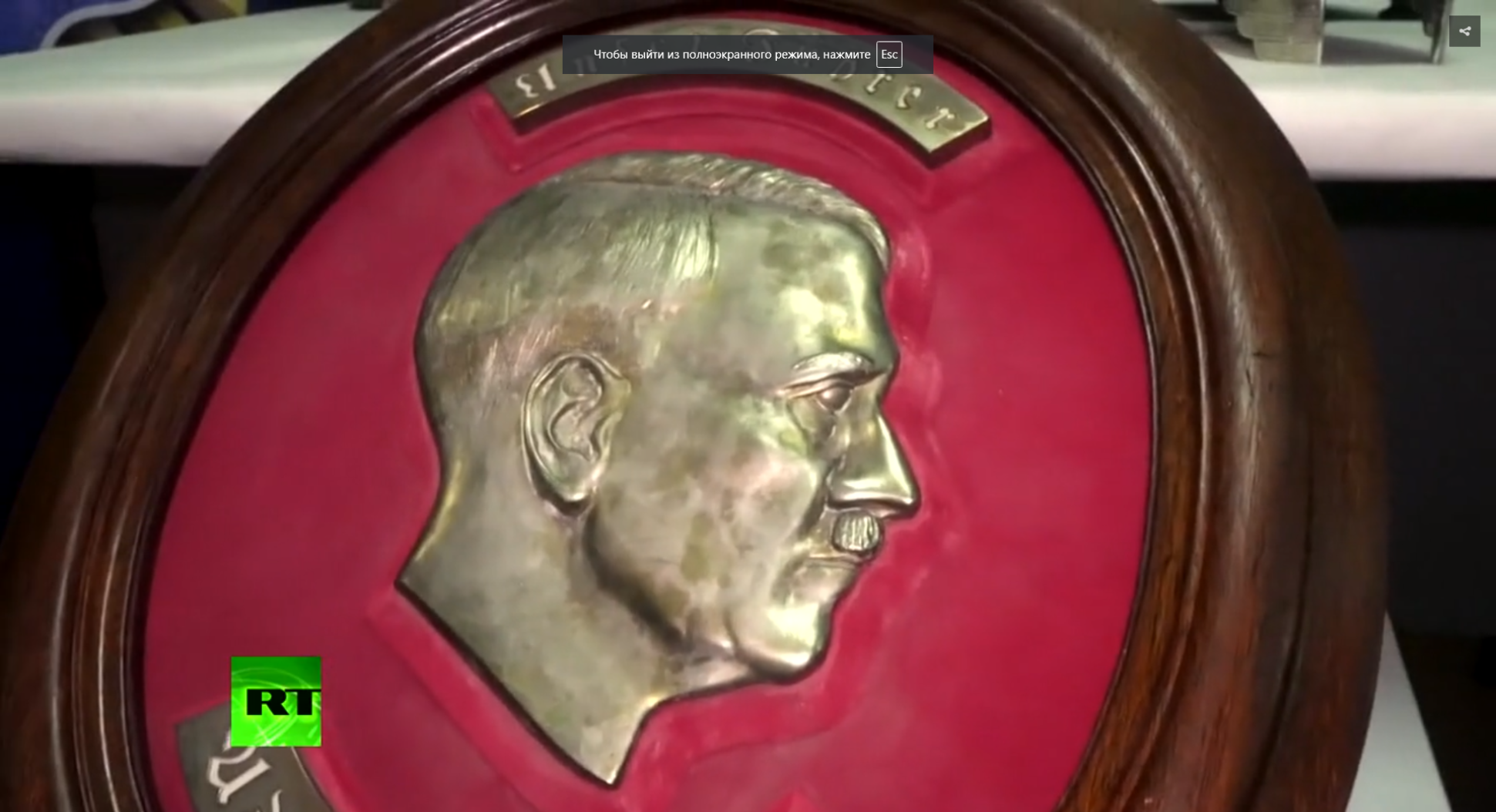 Argentine police discovered a storehouse of Nazi artifacts. Apparently, the collection has become the largest find of its kind in the history of the country. Meanwhile, works of art with fascist symbols in Argentina are not uncommon: after World War II, many high-ranking Nazis found refuge here, including Adolf Eichmann and Josef Mengele.

In total, more than seventy objects were discovered. Among the finds are a bust of Adolf Hitler, an eagle figurine with a stand decorated with a swastika, marked knives, hourglasses with Nazi symbols, expensive magnifying glasses and even a skull measuring device.

All these items were found on June 8 in the secret room of a collector’s house from Buenos Aires: according to a court decision, he was searched by representatives of Interpol. Behind the bookshelves they found a hidden room. While it cannot be ruled out that artifacts may turn out to be fakes, however, the first examinations speak in favor of the fact that things are genuine. Most likely, they were brought to the country immediately after the war by one of the fugitive Nazis. 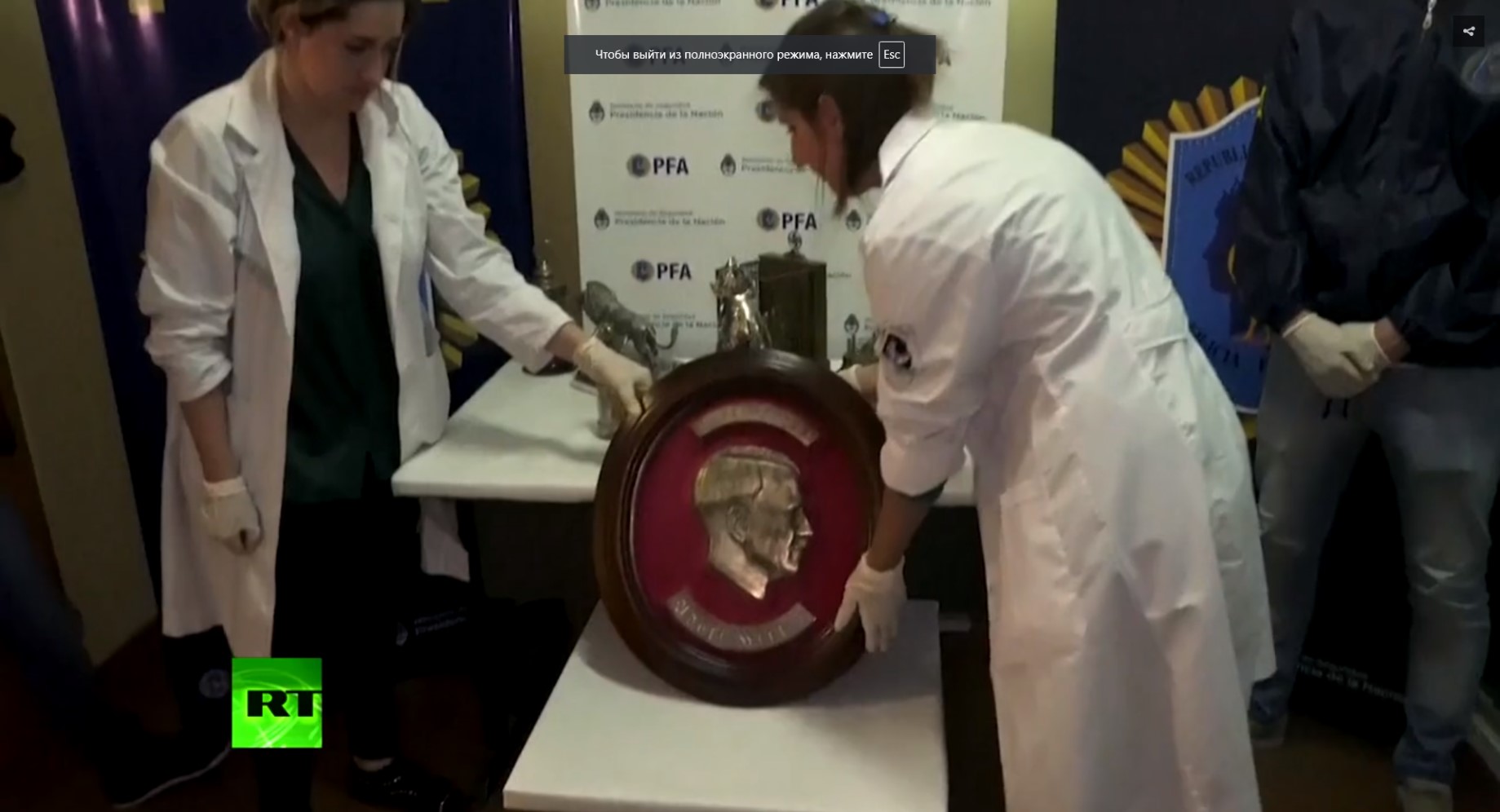 It is significant that some of the items in the collection were accompanied by old photographs, on which artifacts are captured next to the major functionaries of the Nazi party, including Adolf Hitler himself. Argentinean Minister of Security Patricia Bullrich told ABC News that this is an additional way to commercialize objects and prove their authenticity.

Such finds of Nazi works of art (such as Hitler’s bust) are quite rare, much more often to the attention of the press come objects that are not related to the ideology of the Third Reich, and which were stolen and hidden by those who participated in the robbery of occupied territories. For example, in May, the results of an underwater research expedition in Crimea caused a stir, as they managed to detect the Boy Feddersen steamer that sank off the coast of Crimea, on which occupants transported looted items from the peninsula.

Loudly discussed was the story of the “golden armored train” of the Nazis, allegedly found in Poland (later this information was not confirmed).

As a rule, the Nazis had a good idea of ​​the dubious value of their own propaganda products, and preferred to collect more traditional objects of material art.

The art historian and collector Sergei Podstanitsky spoke about the situation with RT art objects missing during the Second World War: “Many valuable objects, including works of art, were lost during the Second World War. Something was stolen, and something died as a result of hostilities. As for works of art, even catalogs of such things are published, and sometimes they can be found at auctions. I managed to find such things – now they are in the Tsarskoye Selo Museum, from where, in fact, disappeared in 1941-1942. ” 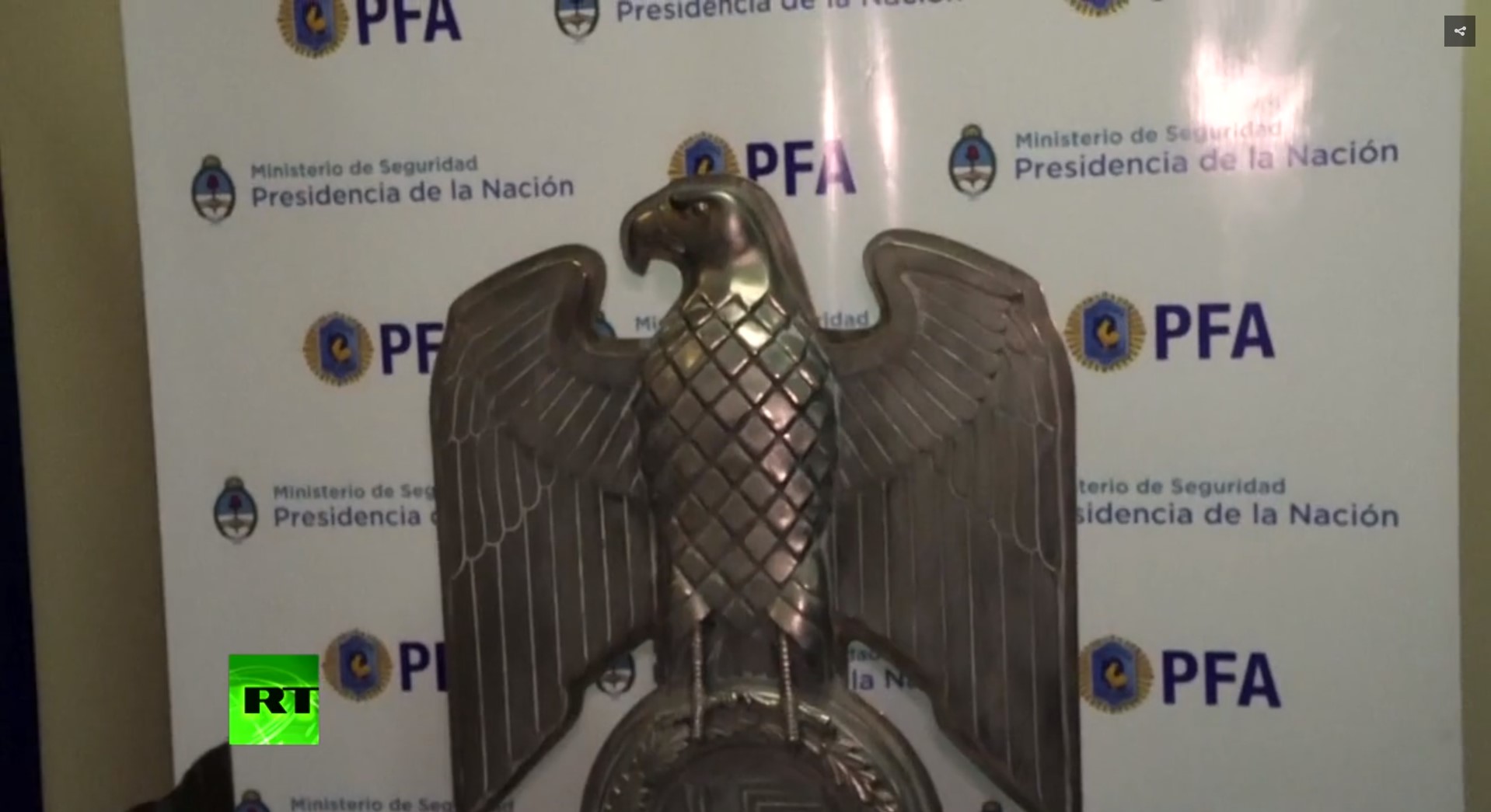 “The most famous finds are most often associated with some scandalous stories and controversial issues. For example, when the heirs of the victims of the Holocaust claim their rights to some works of art. Recently there was a lawsuit of this kind regarding some of Klimt’s works, ” – the expert explained.

As for the Argentinean find, it is important not only and not so much because of its antique component. Moreover, this kind of product is not unique in itself, and German artifacts from World War II can be safely bought in most countries of the world. However, the discovered collection attracted the attention of representatives of Jewish organizations in Argentina. According to the president of DAIA (“Delegation of Argentine Jewish Organizations”) Ariel Cohen Sabbano, the find is an undeniable evidence that Argentina harbored Nazi leaders.

For Argentina, a country that for much of the 20th century was ruled by conservative dictatorships (often loyal to the Hitler regime in Germany), the stories of Nazi refugees remain a kind of skeleton in a closet. Only in recent decades, the Argentine authorities began to recognize that with their connivance in the country were hiding people who committed crimes against humanity during the Second World War. 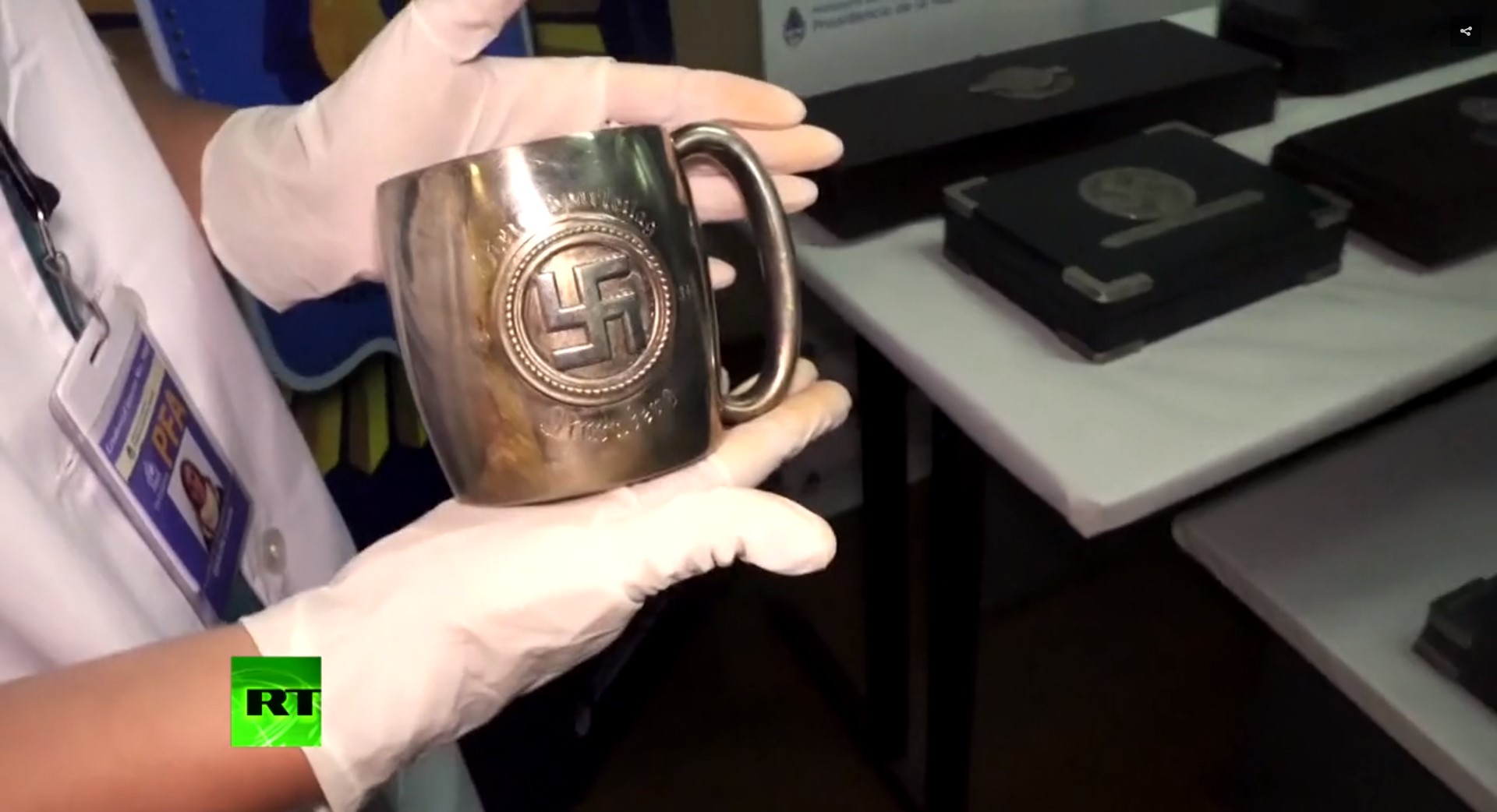 For example, after the abduction in 1960 by the Israeli secret services of one of the organizers of the Holocaust, Adolf Eichmann, who also took refuge here, Argentina officially complained to the UN and demanded the return of the Nazi criminal to the country.

The attitude of the Argentinean authorities on this page of their own history began to change only in the mid-80s, after the fall of the regime called the National Reorganization Process (it was one of the most brutal military dictatorships in Argentinean history). It was only in 2000 that Argentine President Fernando de la Roi apologized to all Holocaust victims for giving refuge to the Nazis.