Adolf Hitler was a well-known political leader in Germany, whose activities are associated with heinous crimes against humanity, including the Holocaust. The founder of the Nazi Party and the dictatorship of the Third Reich, the immorality of philosophy and political views which are still widely discussed in society today. 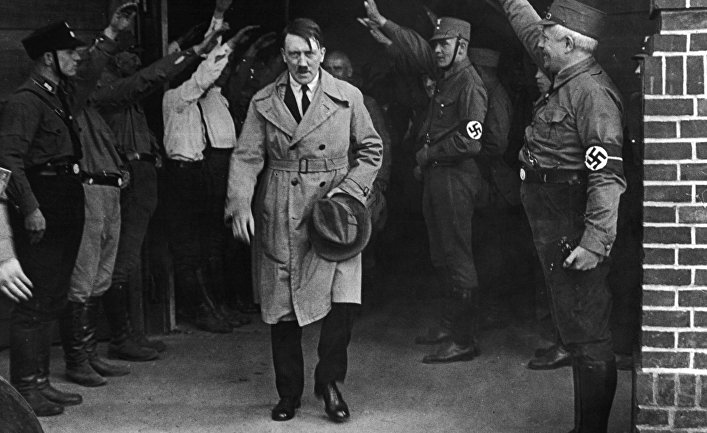 After Hitler managed to become the head of the German fascist state in 1934, he launched a large-scale operation to seize Europe, became the initiator of World War II, which made him a “monster and a sadist” for Soviet citizens, and for many Germans – a brilliant leader who changed people’s lives for the better.

Childhood and youth of Adolf Hitler

Adolf Hitler was born on April 20, 1889 in the Austrian city of Braunau am Inn, located near the border with Germany. His parents, Alois and Klara Hitler, were peasants, but later on his father became a state customs official, which allowed the family to live in decent conditions. “Nazi No. 1” was the third child in the family and beloved by his mother, whom he looked very much like. Later, he had a younger brother Edmund and a sister Paula, to whom the future German Fuhrer became very attached and took care of all his life. 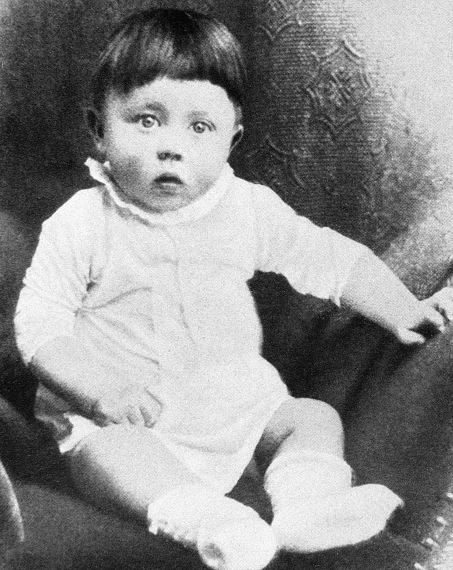 Adolf spent his childhood years in constant moving, caused by the peculiarities of his father’s work, and changing schools, where he did not show any special talents, but still managed to finish four classes of a real school in Steyr and received a certificate of education, in which good grades were only in drawing and physical education. During this period, his mother, Clara Hitler, dies from cancer, which dealt a serious blow to the psyche of the young man, but he did not break down, and, having completed the necessary documents for receiving a pension for himself and his sister Paula, he moved to Vienna and set foot on the path of adulthood. 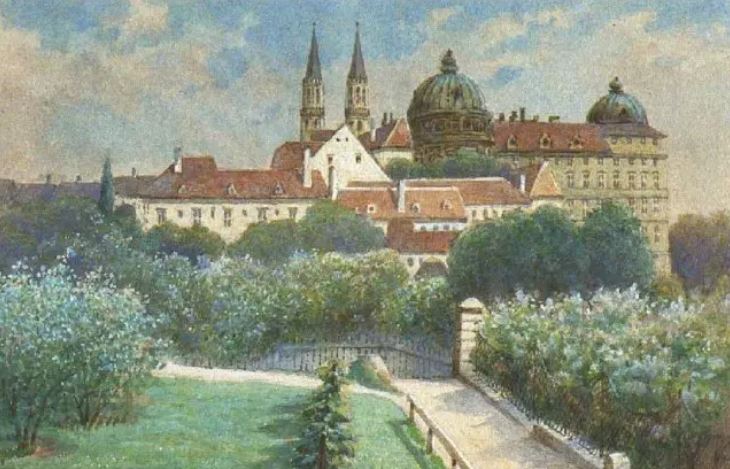 First, he tried to enter the Art Academy, as he had an extraordinary talent and craving for fine arts, but failed the entrance exams. The next few years, the biography of Adolf Hitler was filled with poverty, vagrancy, odd jobs, constant travel from place to place, and shelters under city bridges. All this time, he did not tell either his family or friends about his location, as he was afraid of being drafted into the army, where he would have to serve along with the Jews, for whom he felt deep hatred. Adolf Hitler in World War I

At the age of 24, Hitler moved to Munich, where he met with the First World War, which made him very happy. He immediately volunteered for the Bavarian Army, in the ranks of which he took part in many battles. He took the defeat of Germany in the First World War very painfully and categorically accused politicians of it. Against this background, he took up large-scale propaganda work, which allowed him to get into the political movement of the People’s Labor Party, which he skillfully turned into a Nazi one.

Becoming the head of the NSDAP, Adolf Hitler gradually began to make his way deeper and deeper to political heights and in 1923 he organized the “Beer Hall Putsch”. Having enlisted the support of 5 thousand stormtroopers, he burst into the beer bar, where the meeting of the leaders of the General Staff was held, and announced the overthrow of the traitors in the Berlin government. On November 9, 1923, the Nazi putsch headed towards the ministry to seize power, but was intercepted by police squads who used firearms to disperse the Nazis. Adolf Hitler at the demonstration

In March 1924, Adolf Hitler, as the organizer of the coup, was convicted of high treason and sentenced to 5 years in prison. But the Nazi dictator spent only 9 months in prison – on December 20, 1924, for unknown reasons, he was released.

Immediately after his liberation, Hitler revived the Nazi party NSDAP and transformed it with the help of Gregor Strasser into a nationwide political force. During that period, he managed to establish close ties with the generals of Germany, as well as establish contact with large industrial magnates.

At the same time, Adolf Hitler wrote his work “My Struggle” (“Mein Kampf”), in which he outlined his autobiography and the idea of ​​National Sociolism. In 1930, the political leader of the Nazis became the supreme commander of the Assault Forces (SA), and in 1932 he tried to get the spot of Reich Chancellor. To do this, he had to give up his Austrian citizenship and become a citizen of Germany, as well as enlist the support of the allies. 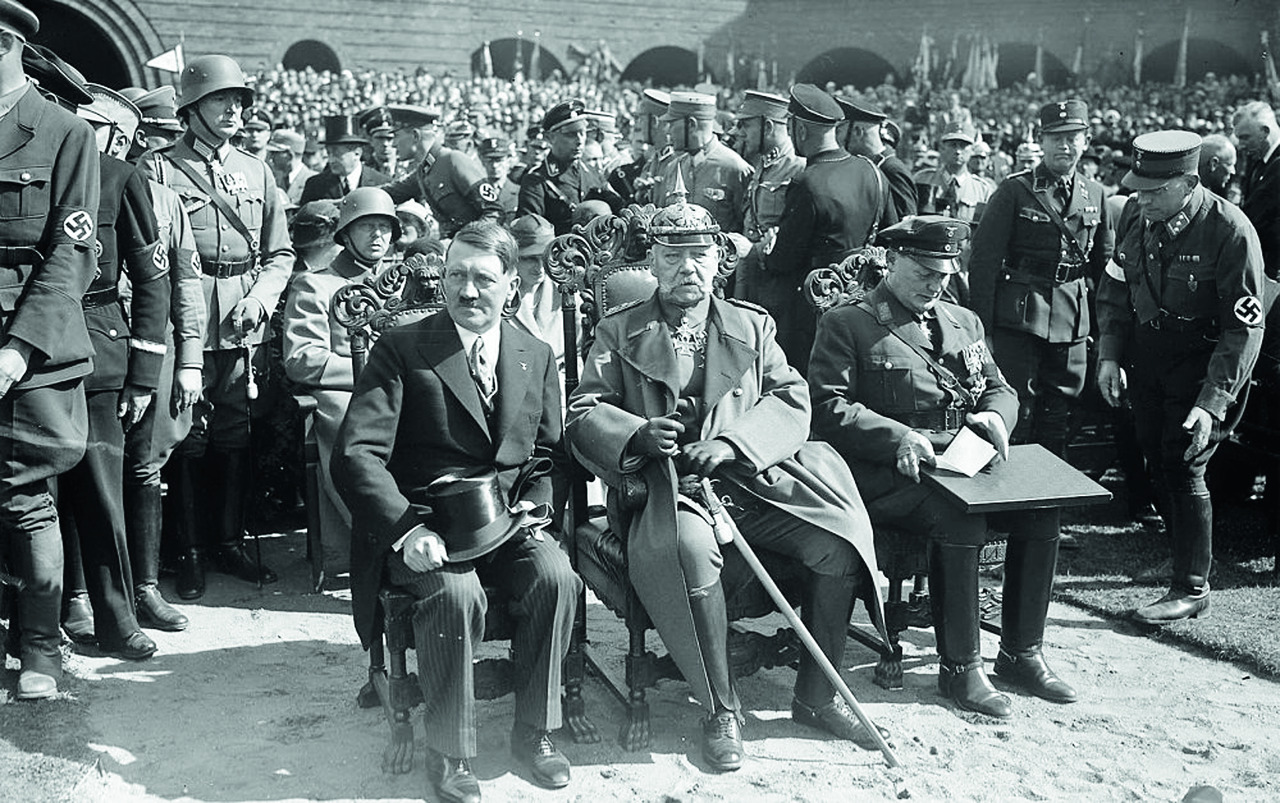 The first time Hitler failed to win the elections he was overtaken by Kurt von Schleicher. A year later, German President Paul von Hindenburg, under Nazi pressure, dismissed the victorious von Schleicher and appointed Hitler in his place.

This appointment did not cover all the hopes of the Nazi leader, since power over Germany continued to remain in the hands of the Reichstag, and his powers included only the leadership of the Cabinet of Ministers, which was yet to be created.

In just 1.5 years, Adolf Hitler managed to remove all obstacles from his path in the form of the President of Germany and the Reichstag and become an unlimited dictator. From that moment, the oppression of Jews and Gypsies began in the country, trade unions were closed and the “Hitler era” began, which for 10 years of his reign was completely saturated with human blood.

In 1934, Hitler gained power over Germany, where the total Nazi regime immediately began, whose ideology was the only true one. After becoming the ruler of Germany, the leader of the Nazis immediately revealed his true face and began major foreign policy actions. He was rapidly creating the Wehrmacht and rebuilding air and tank forces, as well as long-range artillery. Contrary to the Treaty of Versailles, Germany captures the Rhineland, after Czechoslovakia and Austria. 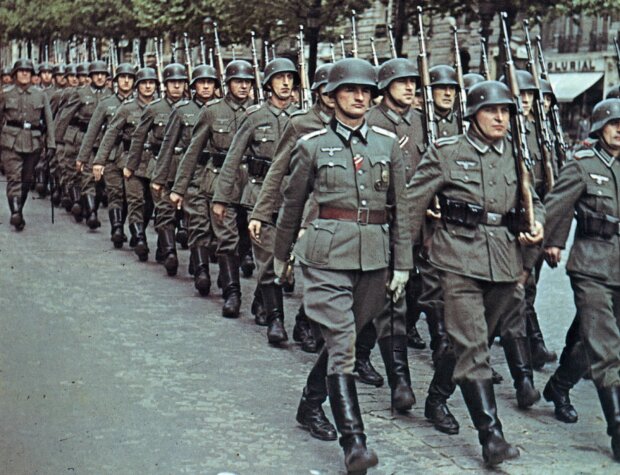 At the same time, he carried out a purge in his ranks – the dictator organized the so-called “Night of the Long Knives”, when all prominent Nazis, posing a threat to Hitler’s absolute power, were destroyed. Assuming the title of supreme leader of the Third Reich, the Fuhrer created the Gestapo police and a system of concentration camps, where he imprisoned all the “unwanted elements”, namely Jews, Roma, political opponents, and later prisoners of war.

The basis of the domestic policy of Adolf Hitler was the ideology of racial discrimination and the superiority of the indigenous Aryans over other people. His goal was to become the only leader of the whole world, in which the Slavs were to become “elite” slaves, and the lower races, to which he ranked Jews and Gypsies, were completely destroyed. Along with the massive crimes against humanity, the ruler of Germany was developing a similar foreign policy, deciding to take over the whole world. 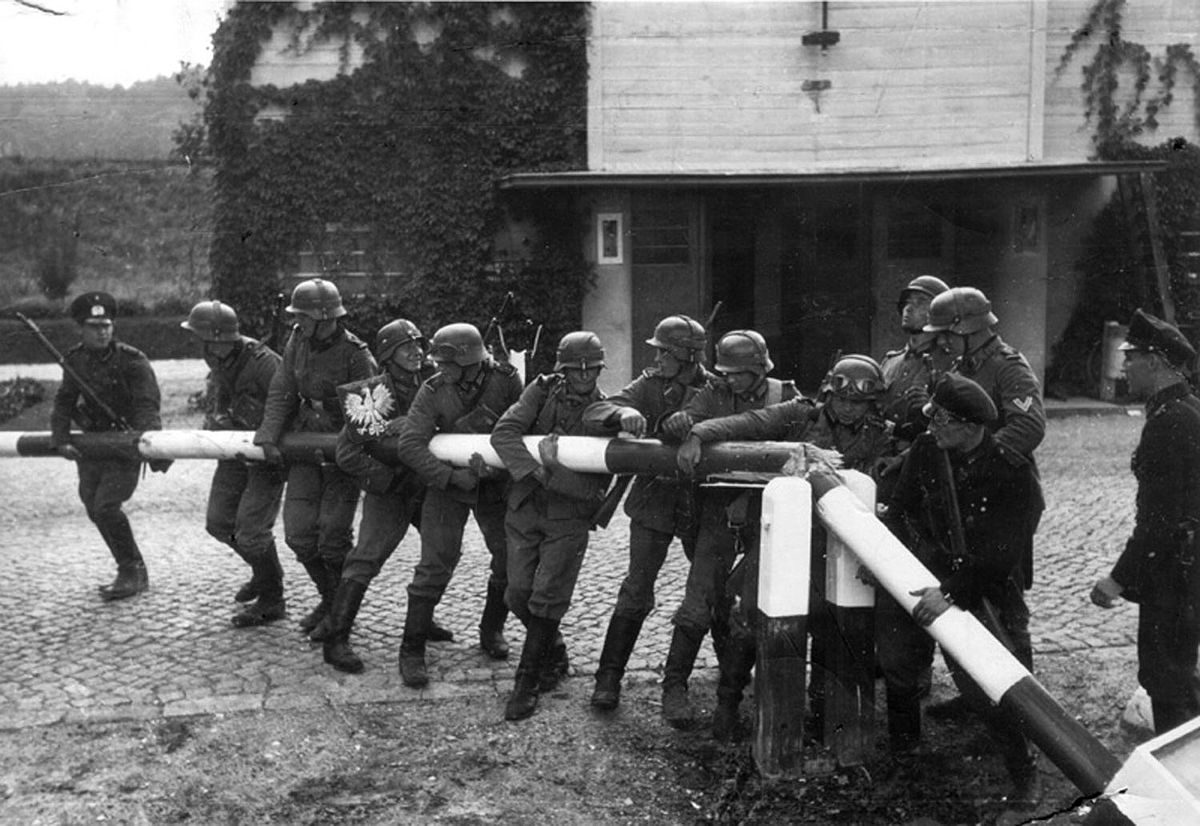 In April 1939, Hitler approved a plan for an attack on Poland, which was defeated in September the same year. Further, the Germans occupied Norway, Holland, Denmark, Belgium, Luxembourg and broke through the French front. In the spring of 1941, Hitler captured Greece and Yugoslavia, and on June 22 attacked the USSR, then headed by Joseph Stalin.

In 1943, the Red Army launched a large-scale offensive against the Germans, thanks to which in 1945 the Second World War entered the territory of the Reich, which completely drove Fuhrer crazy. He sent pensioners, teenagers and invalids to battle with the Red Army, ordering the soldiers to stand to their death, while he himself hid in the “bunker” and watched what was happening from the side.

Death of a dictator Adolf Hitler

On April 30, 1945, when Hitler’s house in Berlin was surrounded by the Soviet army, “Nazi No. 1” admitted defeat and decided to commit suicide. There are several versions of how Adolf Hitler died: some historians claim that the German dictator drank potassium cyanide, while others do not exclude that he shot himself. Together with the head of Germany, his common-law wife Eva Braun, with whom he lived for more than 15 years, also died. 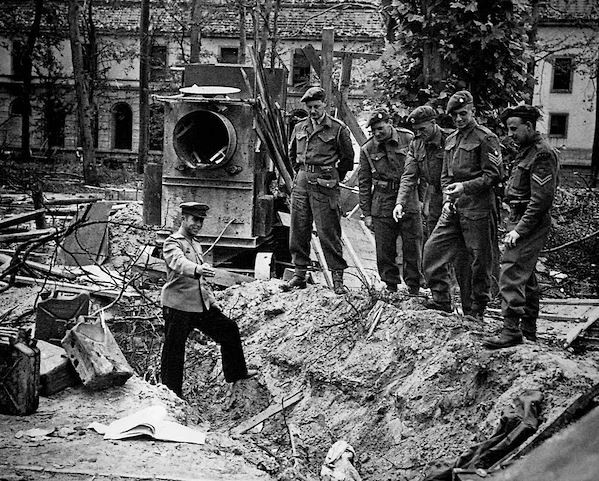 A Russian officer shows the British allies where the bodies of Adolf Hitler and Eva Braun were found. Berlin. May 1945

It is reported that the bodies of the spouses were burned before entering the bunker, which was the dictator’s demand before dying. Later, the remains of Hitler’s body were found by a group of the Red Army guards – to this day, only dentures and a part of the Nazi leader’s skull with a bullet hole, which are still stored in the Russian archives, have survived.