On June 6, 1944, British, American and Canadian armed forces landed on the coast of Normandy, thus carrying out an invasion of French territory. One of the bloodiest battles of the World War II began, the battle called Day-D.

This landing was the first part of the strategic Operation “Overlord”, which involved the Allied capture of northwestern France. By the end of that day, 156,000 soldiers and officers had landed in Normandy, despite bad weather and stubborn German resistance.

During D-Day, five infantry, three airborne divisions and a tank brigade were landed in the British and American sectors. They managed to capture the coastline with a depth of 3 to 5 km. The bridgeheads were completely liberated from the enemy only on June 7. The amphibious landing in Normandy was the largest amphibious assault operation in world history.

We have prepared for you 10 interesting facts about the Normandy landings that you may not have known about before. 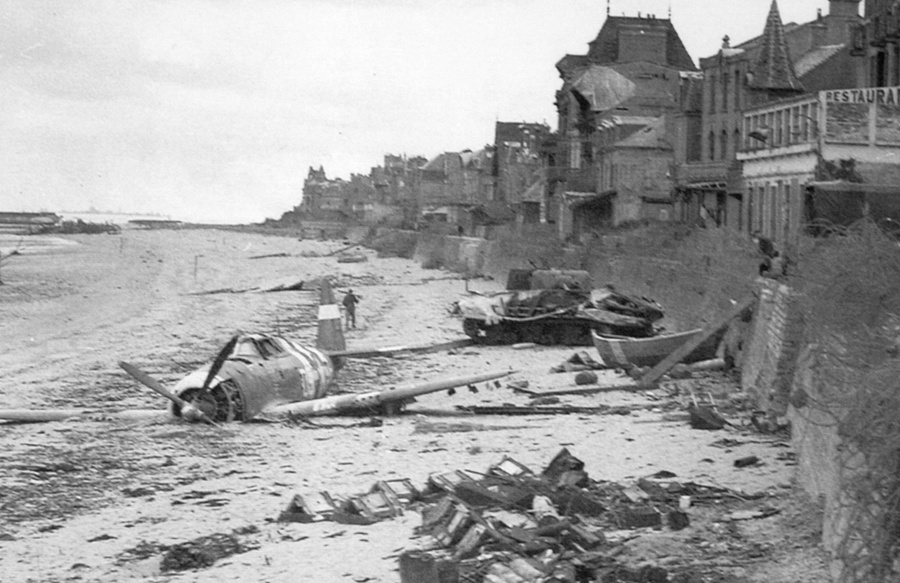 Coast of Normandy after the battle (Archive photo)

Back in 1942, the BBC announced that it was collecting photographs and postcards from the coast of Europe, from Norway to the Pyrenees. In fact, it was a way of gathering intelligence on beaches suitable for an Allied landing.

And so Normandy was chosen.

Millions of photographs were eventually sent to the Ministry of Defense, where, with the help of French Resistance activists and aerial reconnaissance, they were able to determine the exact landing sites. The German defense (consisting of Wehrmacht units) in these places was very strong, MG42 machine-gun cells controlled every centimeter of the beach. They were ready for the Battle of Normandy. 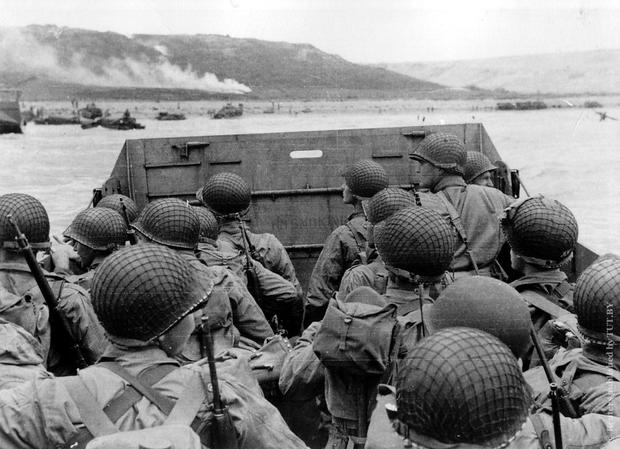 The Allies made a lot of efforts to convince the Germans and the Wehrmacht command that the landing would take place in the Calais Boulogne area, and not in Normandy.

Dummies of military bases have been deployed in Kent to mislead enemy intelligence agents.

Different dummies were installed there, at the fake military bases, including inflatable tanks, a purposeful injection of misinformation was arranged, and as a result the Germans really believed that the Allies were planning an invasion through the Pas-de-Calais and Norway.

Even after D-Day and the start of Operation “Overlord”, the Germans held the main force in the Calais area, awaiting a second invasion. 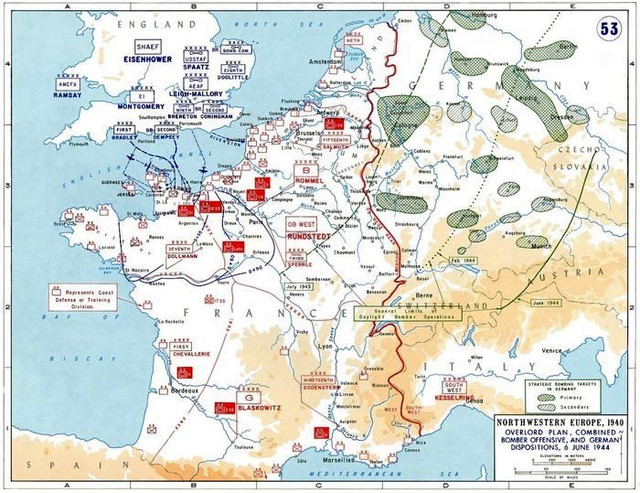 The amphibious assault was carried out on an 80 km wide stretch of coast between the mouth of the Orne River and the Ozville commune. The landing strip was divided into five main sectors of the invasion: Utah, Omaha, Gold, Juno, and Sword.

By 1944, more than two million troops from more than 12 countries were in the UK, preparing to invade Normandy. The plan of operations “Day-D” and “Overlord” was developed. 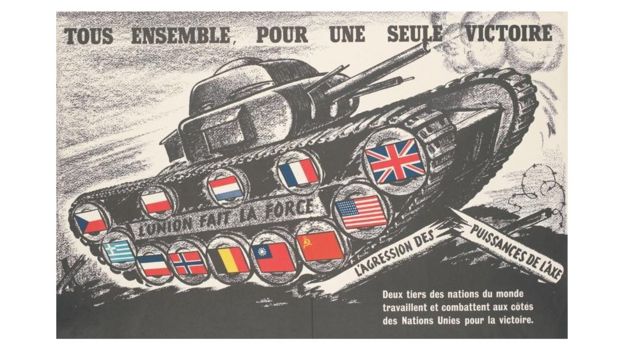 A World War II French poster reads: All Together for Common Victory. From IWM

The organizers of Operation D-Day very carefully chose the day for the landing. This operation was to change the course of the World War II.

The ideal conditions were a night with a full moon and spring tide, to land at dawn when the tide was approaching the middle. But these conditions meant that only a few days were suitable for the landing in Normandy.

Initially, the date was set to June 5, but in the end the operation was delayed by 24 hours due to bad weather. Because of this, Operation “Overlord” was also postponed.

In fact, the weather forecast was so disappointing that the commander of German troops in Northern France, Field Marshal Erwin Rommel, was absolutely sure that there would be no landing. So he went home to give his wife a pair of new shoes as a gift for her 50th birthday.

Rommel was in Germany when it became known of the Allied landing.

In the photo below, Field Marshal of the German Army Erwin Rommel inspects the coastal defenses of Normandy, 1944. In the foreground you can see a Wehrmacht soldier with a MG42 machine gun. 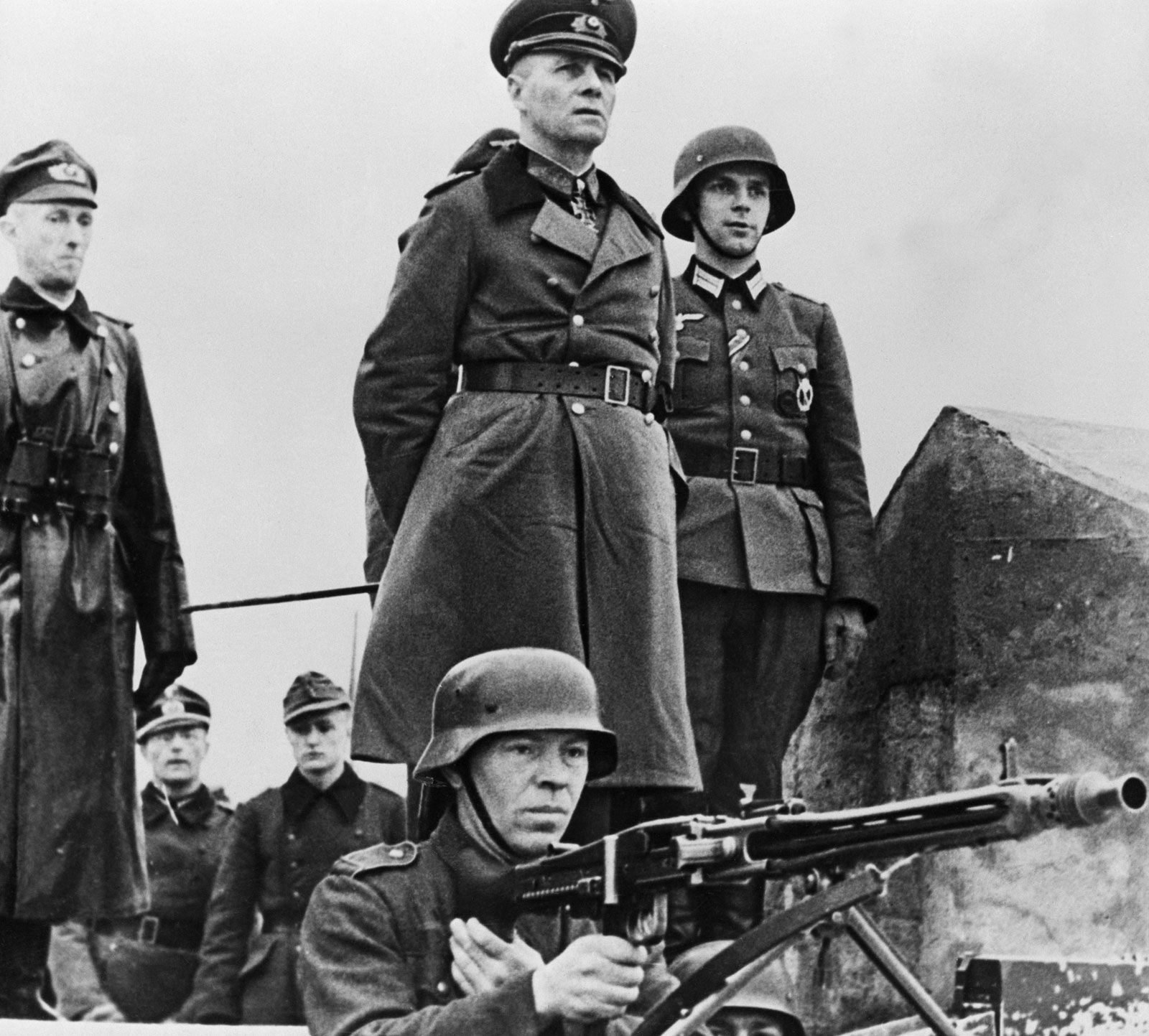 When the Allied landings began in Normandy, the leader of Nazi Germany, Adolf Hitler, was asleep.

None of his generals dared to break the routine and wake him up with the news that the beaches of Normandy were filled with enemy troops.

Thus, decisive hours were lost in the Battle of Normandy on D-Day.

When Hitler finally woke up at about 10 am, the news of the landing encouraged him – he thought that the Wehrmacht would easily defeat the Allies.

Of the 156,000 soldiers who landed in France on June 6, 73,000 were Americans and 83,000 were British and Canadians, while the Commonwealth’s naval contingent was twice the size of America’s. The landing took place in five sectors of Normandy from east to west, codenamed “Utah”, “Omaha”, “Gold”, “Juneau” and “Sord”.

On the Omaha Beach, the losses were the highest, there were killed or injured about 4 thousand people, one American unit lost (killed and wounded) 90% of its personnel there. Most of the losses were inflicted by the German MG42 and MG34 machine guns, which were very well located on the coast of Omaha Beach. In general, the loss of soldiers per 1 square kilometer at Omaha Beach became one of the largest in the entire WW2.

In the battle for the Gold sector, losses were 80% less.

In the photo below, Allied soldiers examine dead and still clinging to life comrades, June 6, 1944. 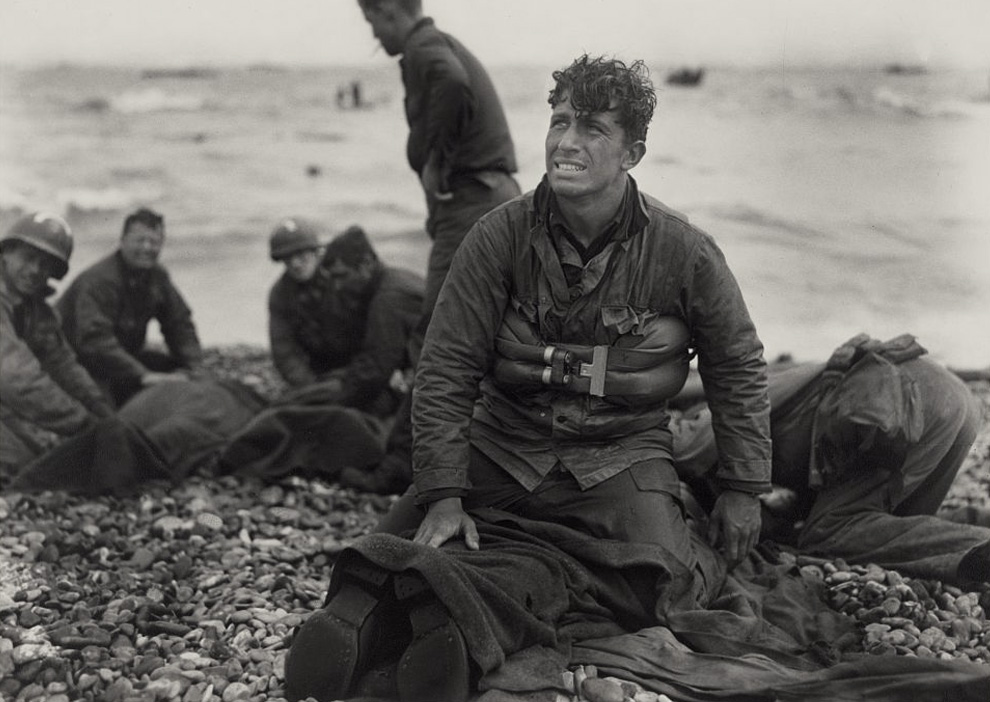 The battles of World War II during the Battle of Normandy and Operation “Overlord” were as bloody as they were during the First World War.

The death toll was slightly higher than on an average day during one of the bloodiest battles in human history – the Battle of the Somme in 1916.

The vibration from the guns of the “Belfast” cruiser  was so strong that the plumbing on the ship cracked. 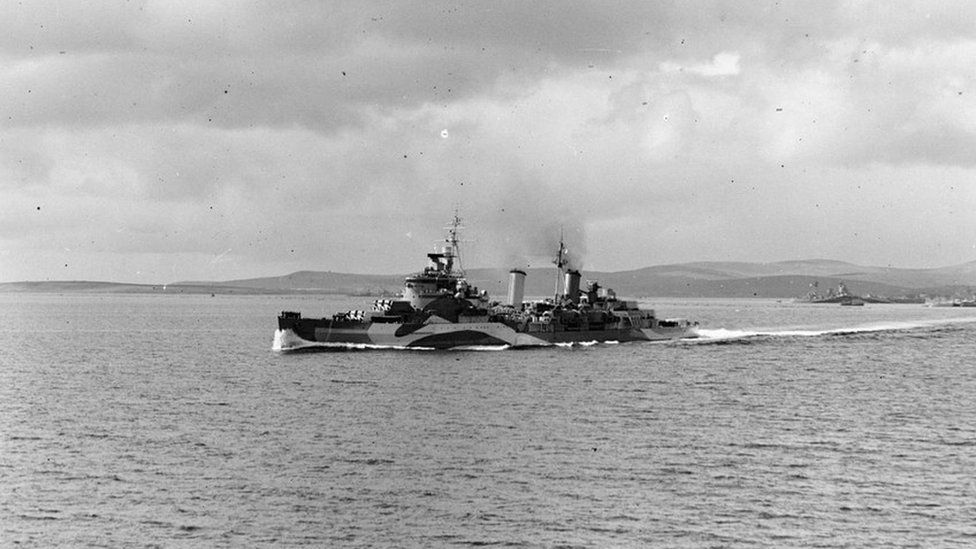 With a top-secret mission to attack the Merville Battery on June 6, British Lieutenant Colonel Terence Otway wanted to be sure his soldiers would not spill out about the mission before the appointed date.

For testing, he sent 30 of the prettiest female military personnel, dressed in civilian clothes, to the village pubs where his soldiers were stationed.

They were given the task of finding out from the servicemen everything they could about the upcoming operation. But none of his subordinates gave up the secret.

Battle of France. German troops in Dunkirk (1940) immediately after the evacuation of the British Expeditionary Force. These photo in color were taken on June ... Read More