“In the second half of the 19th century, it became obvious to the Russian authorities that a major war in the west was practically inevitable. In this regard, the construction of fortifications has intensified in the border regions. One of such complexes of fortifications was the Osovets fortress, erected to cover the crossing of the Beaver River. The only convenient road from East Prussia to the center of Russia passed here, “Andrei Koshkin, a full member of the Academy of Military Sciences, told RT.

August 31 marks 165 years since the birth of the Russian and Soviet military leader Alexei Brusilov. During the First World War, he …

According to him, at the beginning of the First World War, the fortress was in the rear of the Russian army, but the unsuccessful course of hostilities soon changed the situation. Russian troops retreated, and one of the sections of the front line passed in the area of ​​the Bobr River.

In September 1914, German forces reached the Osovets fortress. Its garrison was not numerous: there were not enough soldiers even to close all the firing positions. 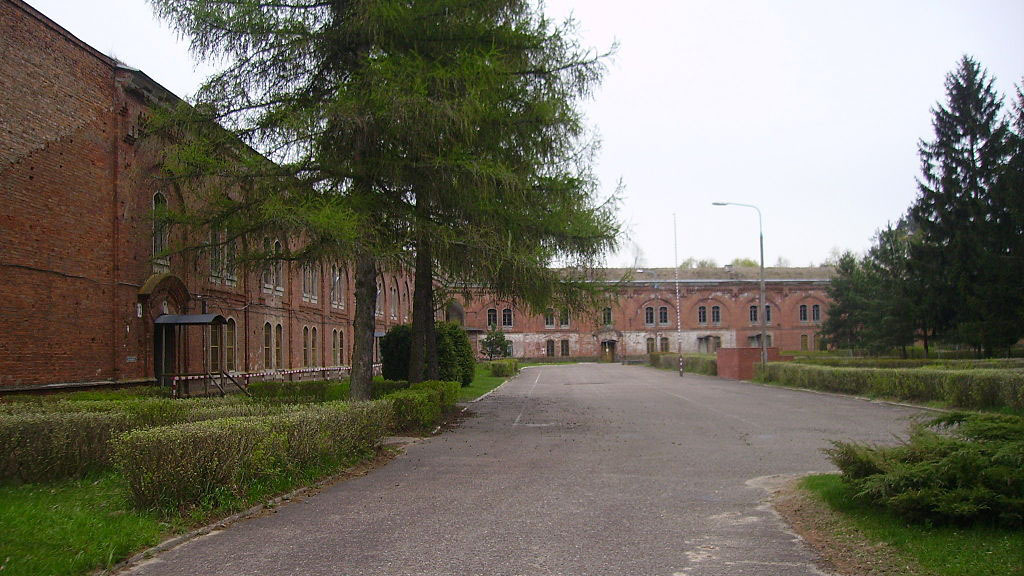 At the end of September, the Germans subjected Osovets to a powerful artillery bombardment and forced the Russian troops to leave the Sosnenskaya position (the advanced part of the fortification system). However, thanks to the courage of the defenders, the fortress held out, and soon the 1st and 10th Russian armies drove the Germans back.

“The Osovets fortress, shelled by numerous large-caliber artillery, put up a courageous rebuff to the advancing enemy, who was driven back by the joint actions of the field troops and the fortress garrison,” said the congratulatory order of the commander of the 10th Army, General Vasily Flug. 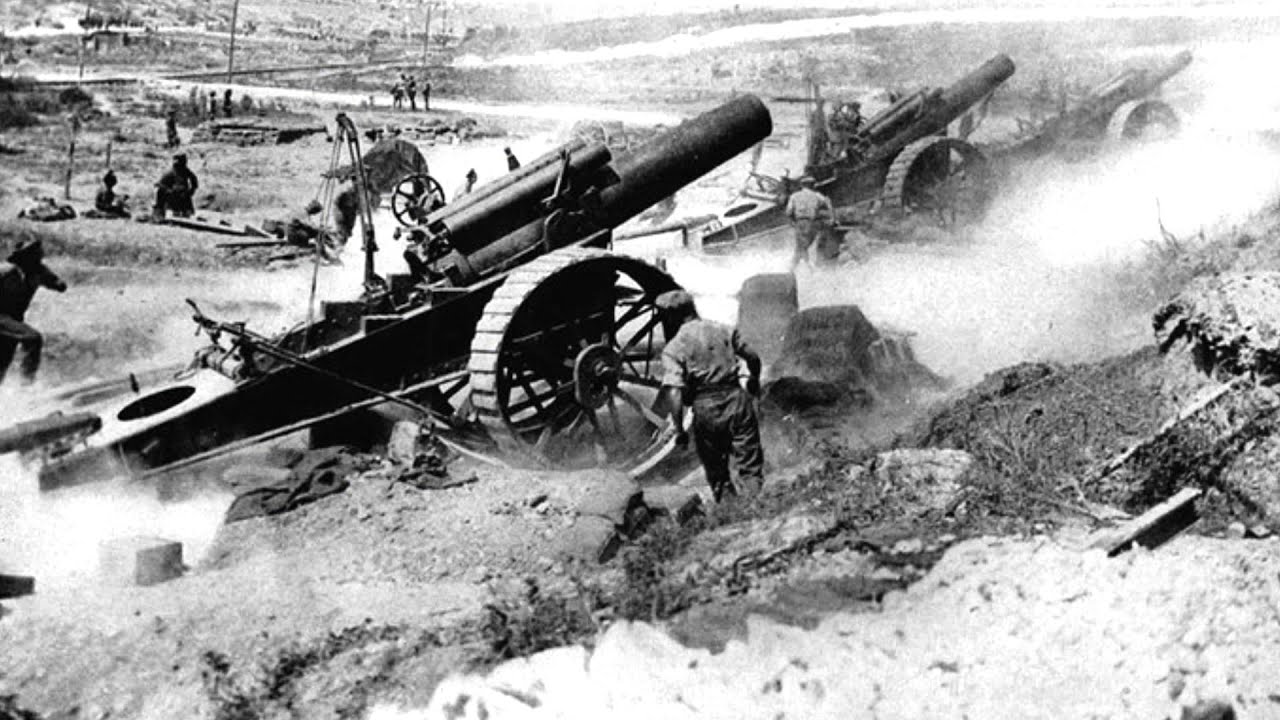 Artilleryman during the first world war

In February 1915, the Germans again approached Osovets. On the 25th, they began the second assault on the fortress. According to historians, about 40 German battalions attacked Osovets, 17 Russian battalions held the defense. According to some estimates, about 200 thousand shells were fired at the fortress. However, Osovets held out again, and the Germans switched to positional combat in this sector of the front.

Read: Shortly about the murder of Franz Ferdinand and beginning of World War I

“Attack of the Dead”

In the summer of 1915, the German army launched a new offensive. According to Andrei Koshkin, at this time the military importance of Osovets increased, as the fortress covered the road leading to the rear of the Russian troops. It was extremely important for the Germans to break through the Russian defenses in this place.

“The German command decided to act for sure. Cylinders with poisonous gases – chlorine and bromine – were delivered to the position of the German troops in the Osovets area. The Germans were only waiting for the wind they needed, ”said the expert. 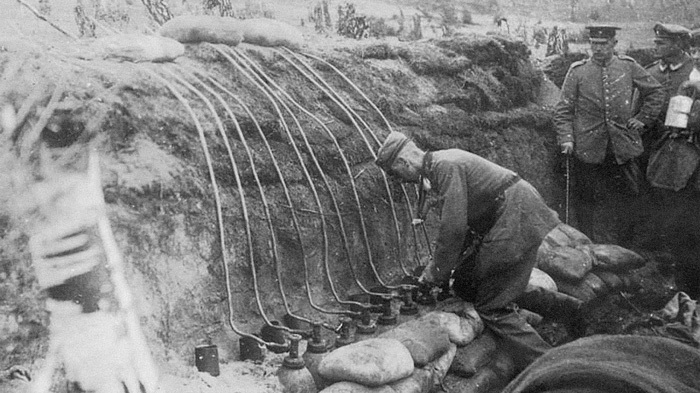 On August 6, 1915, the wind blew towards the fortress. The Germans released toxic substances towards Osovets and began shelling the Russian positions.

“According to the recollections of eyewitnesses, the gas wave passed into the depth of the location of Russian units for about 20 km. On its way, it poisoned all living things: people, animals, plants. A significant part of the Russian military who defended Osovets died, especially at the front lines. More than 1600 soldiers of the garrison of the fortress were immediately out of action, and almost everyone received a dose of toxic substances. Several companies died almost completely, ”Koshkin explained.

14 assault groups of the 18th Landwehr (formed from reserve soldiers) regiment moved to the attack on the Russian positions. As the expert noted, the German military was confident that practically no one survived after the gas attack, and they hoped to take the Russian positions without a fight.

However, several companies from among the defenders of Osovets, despite severe poisoning and significant losses, were able to resist the advancing Germans. 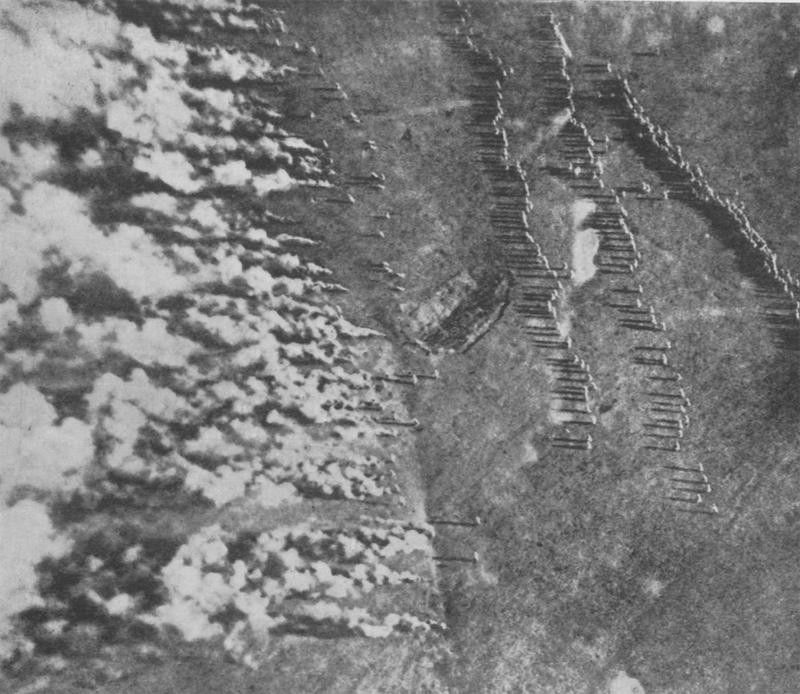 “The 13th company of the 226th infantry Zemlyansky regiment showed the greatest courage in repelling the German attack. She met the Germans in the direction of the main attack of their assault groups – in the area of the railway. Despite the fact that only about 60 people from the company were on their feet, it went with hostility to the enemy. Actually, this event is most often called the “attack of the dead,” “said Koshkin.

The 13th company in the battle on August 6 was commanded by the military topographer Second Lieutenant Vladimir Kotlinsky. After he was mortally wounded, the company was headed by second lieutenant-engineer Vladislav Strzheminsky. Under his command, the company drove the Germans out of the positions they had captured. The soldiers of the 14th company also distinguished themselves in battle.

“Later, this fight was overgrown in the literature and the media with many artistic details such as“ parts of the lungs falling on the gymnastics ”, running and shouting“ hurray ”. This is, of course, an exaggeration. It is unlikely that people who survived the cruel poisoning were before solemn exclamations. But even without such dramatic details, it was a great feat, ”said Andrey Koshkin. 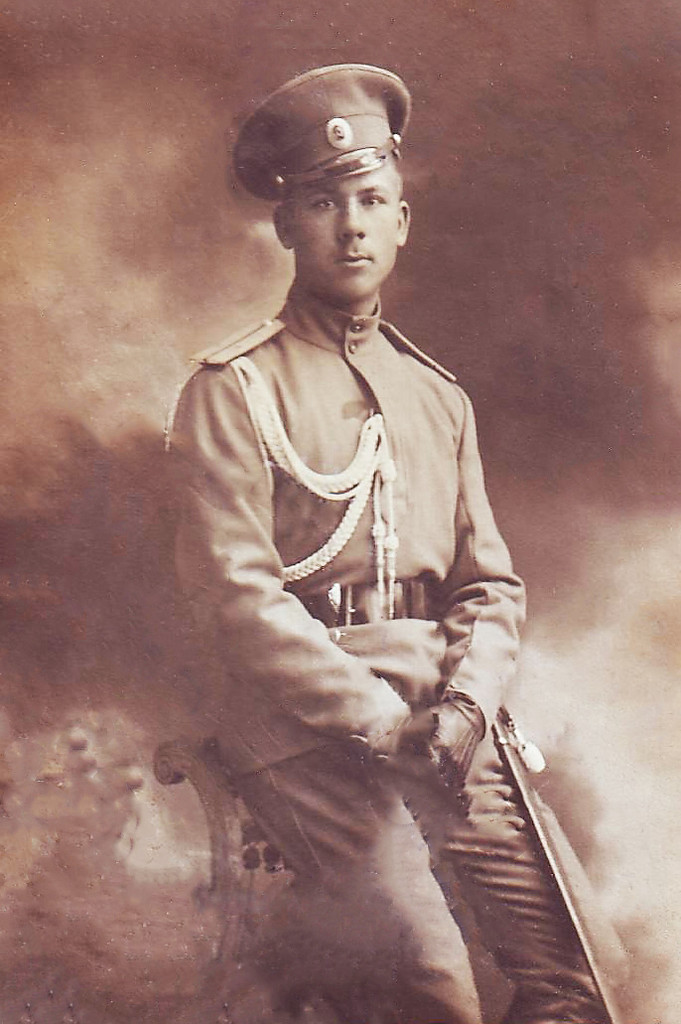 According to him, about two weeks after the “attack of the dead”, Russian troops had to leave the Osovets fortress due to the displacement of the front line. Nevertheless, the events of August 6 made it possible at a difficult moment of hostilities to hold positions and prevent the enemy from breaking through to the rear of the Russian troops.

Historians are still arguing about what allowed the German troops to flee.

“The attack was drowned, but not only as a result of the counterattack of the“ dead ”. Firstly, the gas dissipated quickly enough, and secondly, the artillery was actively working, which supported those two companies that launched a counterattack, “Konstantin Pakhalyuk, an expert from the scientific department of the Russian Military Historical Society, said in an interview with RT. 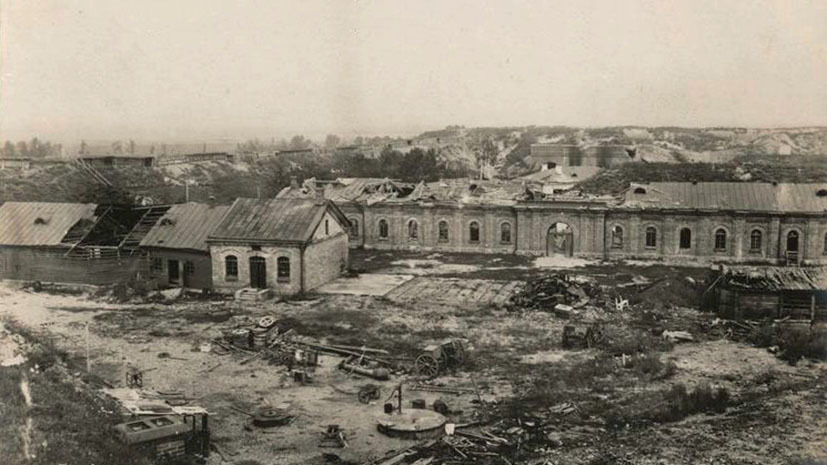 In turn, Andrei Koshkin notes that the psychological effect of the appearance of Russian soldiers in front of the Germans, whom they already considered dead, cannot be written off.

“The very name“ attack of the dead ”did not appear out of nowhere. In general, this story, unfortunately, has not yet been fully investigated. We, for example, do not really know what the German archives say about this. I hope that the data concerning these events did survive the Second World War. There is room for new generations of historians, ”the expert said.

According to him, in Soviet times, the events in the Osovets area were known to scientists, were repeatedly mentioned in the scientific and military literature. However, there was no large-scale coverage of the “attack of the dead”, like many other events associated with the First World War.

Speaking about the defense of Osovets, Konstantin Pakhalyuk emphasized the high professionalism of the defenders of the fortress.

“From the point of view of military art, everything was done quite competently. The coherence of the actions of the infantry and artillery – this is military professionalism, and it is it that must be appreciated, and not the fictional heroism-bravery. The transformation of Osovets into a symbol of the heroism of the Russian army from a historical point of view is a very successful move: it was a mass war, and therefore it is more adequate to single out collective exploits than individual ones, ”he noted.

Andrei Koshkin believes that the history of the defense of Osovets in general and the “attack of the dead” in particular is one of the heroic pages of Russian military history.

“The events in the Osovets region on August 6, 1915 are an act of courage, a heroic feat of Russian soldiers, worthy of being remembered for centuries,” the expert summed up.

CATEGORIES BattlefieldWar History
NEWER POSTFound a barrel in the forest, inside was the Wehrmacht treasure
OLDER POSTFirst WWII excavation in 2021