Near Zaporozhye, a team of Zaporozhye hydroarchaeologists headed by Valery Nefedov, head of the restoration department of the Khortytsa National Reserve, made a unique hydroarchaeological find at the bottom of the Dnieper river near the village of Kanevskoye – a cannon carriage of the Cossack time. Today it was raised from the bottom of the river.

“Our archaeologists have found an iron-bound land carriage (a special device on which the gun barrel is fixed – ed.) From a siege artillery gun – a cannon of the Cossack time (16-18 centuries) of a very large caliber weighing about 2-3 tons, – said director of the Khortytsa National Reserve Maxim Ostapenko. – This is a unique find, because for 40 years of underwater archeology near Khortitsa, such things have never been found. Moreover, as far as I know, there is not a single ancient carriage of this time in Ukrainian museums. Hundreds of times more weapons have survived, but there are not so many carriages, even in museums in Europe.” 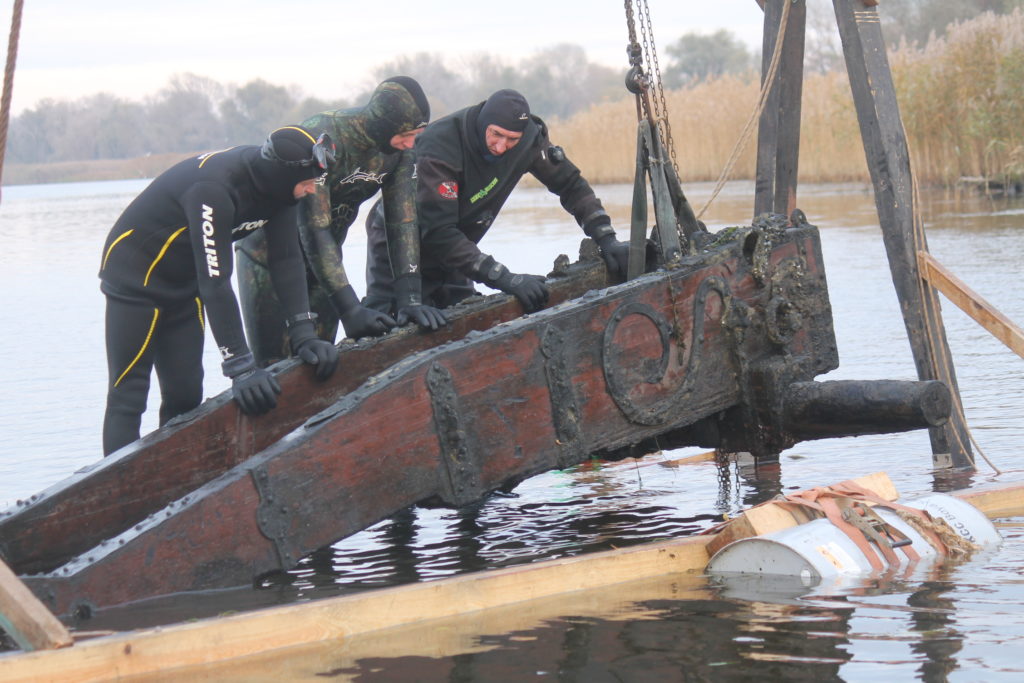 The carriage was found at a depth of 9 meters. After preliminary research, the find was excavated from a mule and today, on November 23, was raised from the bottom of the Dnieper. For future restoration and conservation, the carriage will be transported to the restoration hangar of the “Museum of Shipping”, where scientists will work on it. 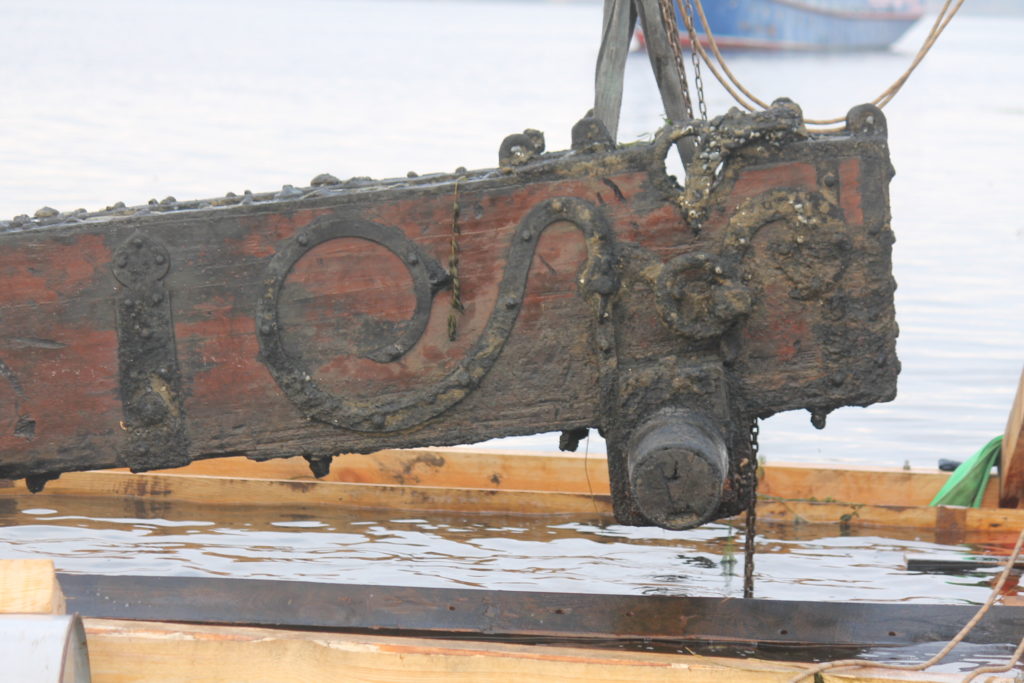 “Under what circumstances the carriage ended up here is very difficult to say. The territory near Khortytsya became the arena for the movement of large armies and ships several times. Perhaps this carriage fell to the bottom as a result of a shipwreck. Before being transported by water, the carriages were disassembled, its wheels are missing under water. This cannon carriage is a unique find,” said Ostapenko. 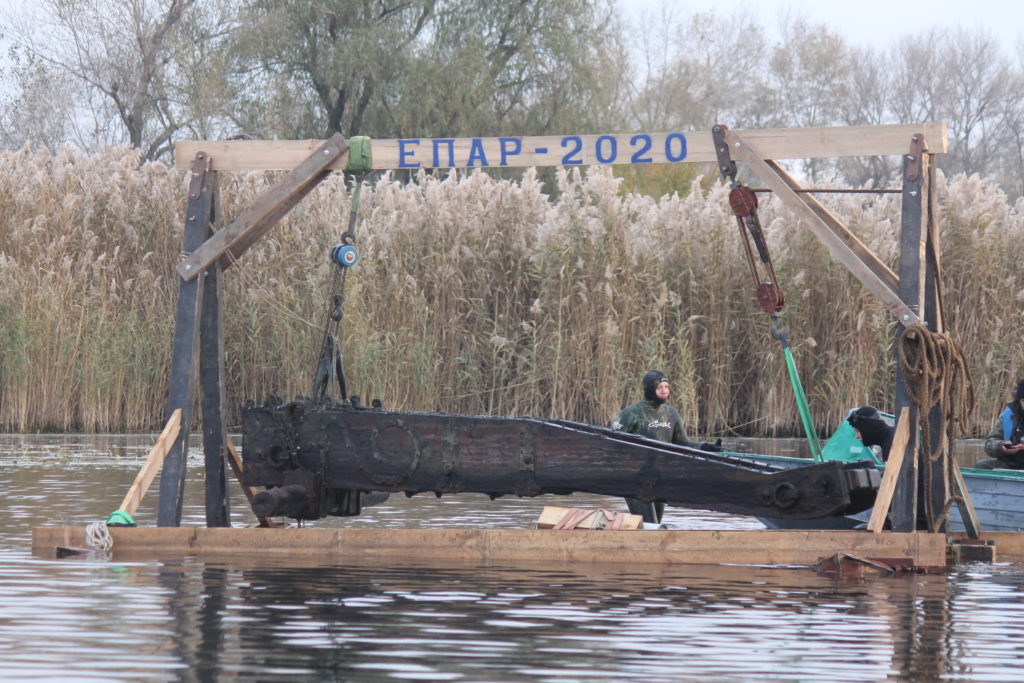 This cannon carriage is a unique find!

The head of the group of hydroarchaeologists Valery Nefedov noted that the find is in surprisingly good condition. “Due to the fact that the carriage was mostly in a mule, all kinds of metal and wooden elements are well preserved, which we will study in detail after lifting. And in some places – even paint. Therefore, we can confidently say that this carriage was red,” said the famous archaeologist.

Perhaps such a gun was once on this carriage.