During summer expedition to the places where there were fierce battles at the end of the war, I found another cigarette case of a Soviet soldier. But it was the most unusual cigarette case I have ever come across. Now this cigarette case adorned the collection of one foreign collector.

Photo immediately after extraction from the ground:

Article about how I found a cigarette case and what was in the place alongside with it see here. 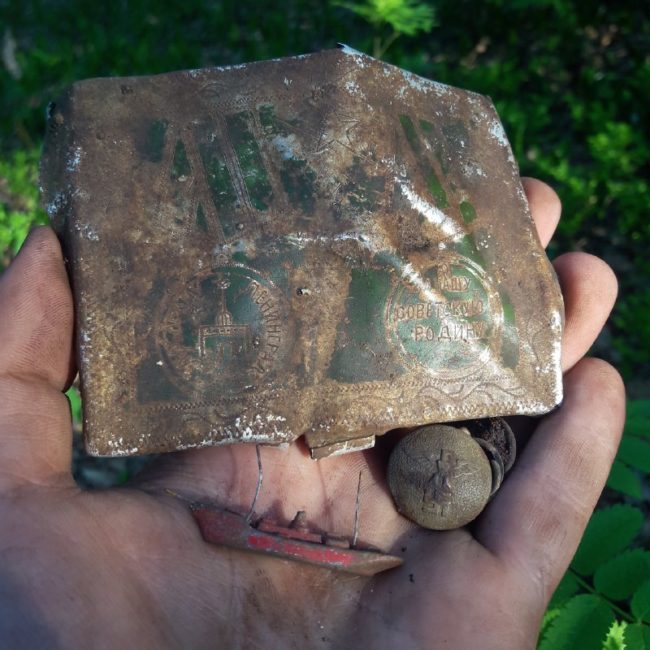 As we see, on the front side of the cigarette case, the Soviet medal “For the Defense of Leningrad” is engraved. Manual engraving. 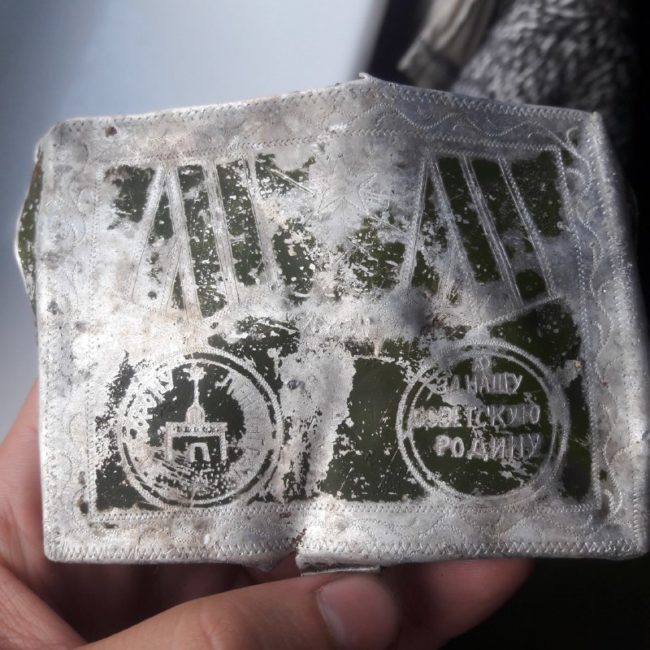 Read: Rare cockade owned by a security guard at the Luftwaffe factory

About 1,500,000 people were awarded with that medal. The owner of the cigarette case was one of them. 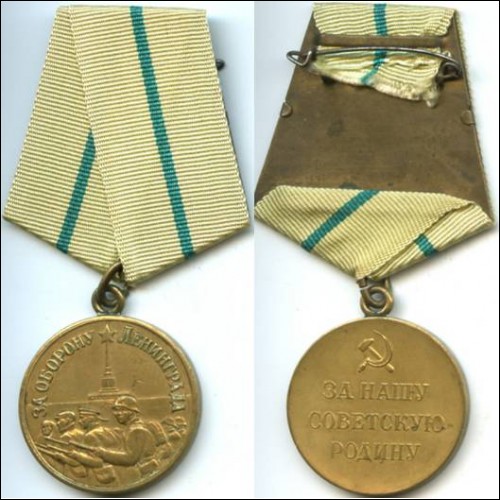 Medal “For the Defence of Leningrad”.

The only inaccuracy in the engraving is the tower on the front of the medal. Why the author portrayed the Tower on a cigarette case in this way is unknown! 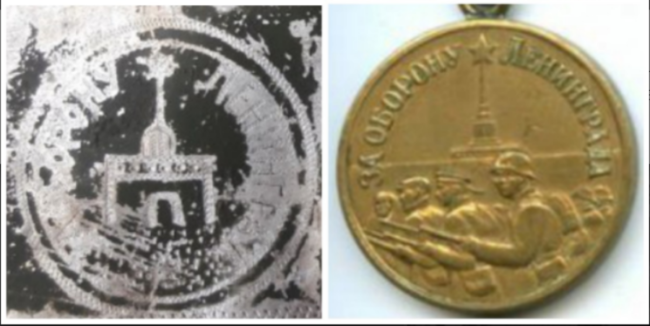 The difference between engraving and the original medal.

On the back of the cigarette case is a signature of the soldier himself and the author of the engraving – Рутян Иван Яколев (Rutian Ivan Yakolev). Since the patronymic of the soldier is written with an error, then presumably it sounds like Yakovlevich. 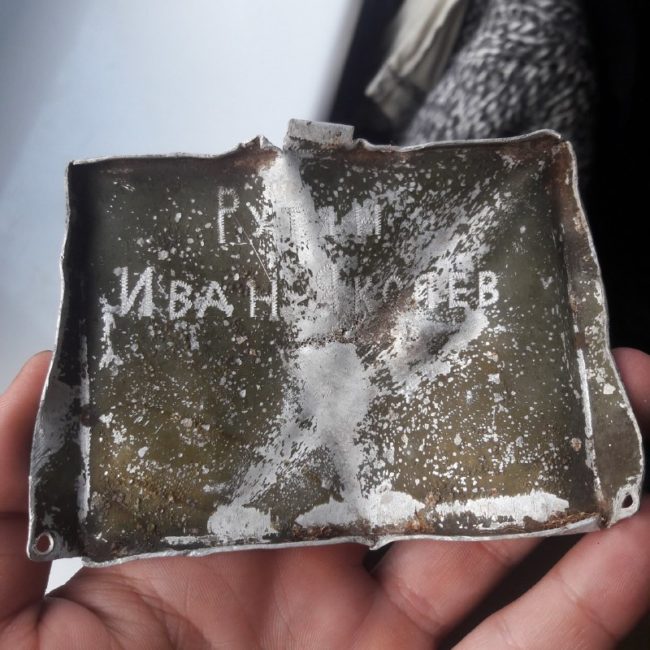 Signature on the back. Photo by Apolon.

Unfortunately, we were unable to find a complete match by last name and first name in the archives of the Soviet troops. That is, we can assume that the soldier survived the war.

CATEGORIES CollectionsOther
TAGS Cigarette caseCollectionLiningradrelicsRutianSovietWorld War II
NEWER POSTGerman soldiers about the Soviet. 1941 through the eyes of the Germans
OLDER POSTRare cockade owned by a security guard at the Luftwaffe factory