This time I will tell you about one Wehrmacht soldier – Heinrich Severloh who fired an MG-42 machine gun for several hours on D-Day, used up over 10,000 rounds of ammunition and killed over 2,000 people in one day.

This event took place on the French coast of Normandy. Early in the morning of June 6, 1944, lance corporal of the 352nd Infantry Division Heinrich Severloh, on alarm, took his place in a concrete bunker (stronghold of the Atlantic Wall number 62 built by the Germans – “Widerstandsnest 62”). Enemy ships and aircraft had just stopped firing at the landing zone, and the monstrous roar of explosions suddenly ceased. There was an unexpected silence. Hundreds of landing barges approached the coast from the sea.

The Allies launched Operation Overlord, also known as D-Day. In total, the command of the Anglo-American invasion forces selected five beaches that were supposed to receive the first wave of three thousand selected rangers. Heinrich Severloh with his MG-42 machine gun would have to defend the sector marked on American maps as “Omaha Beach”. Omaha Beach through the eyes of an American soldier.

The MG42 is a 7.92×57mm Mauser general-purpose machine gun designed in Nazi Germany and used extensively by the Wehrmacht and the Waffen-SS during the second half of World War II. Entering production in 1942, it was intended to supplement and replace the earlier MG34, which was more expensive and took much longer to produce, but both weapons were produced until the end of World War II.

Designed to be low-cost and easy to build, the MG42 proved to be highly reliable and easy to operate. It is most notable for its very high cyclic rate for a gun using full power service cartridges, averaging about 1,200 rounds per minute compared to around 850 for the MG34, and perhaps 450 to 600 for other common machine guns like the M1919 Browning or Bren. This ability made it extremely effective in providing suppressive fire, and its unique sound led to it being nicknamed “Hitler’s buzzsaw”. by wikipedia. 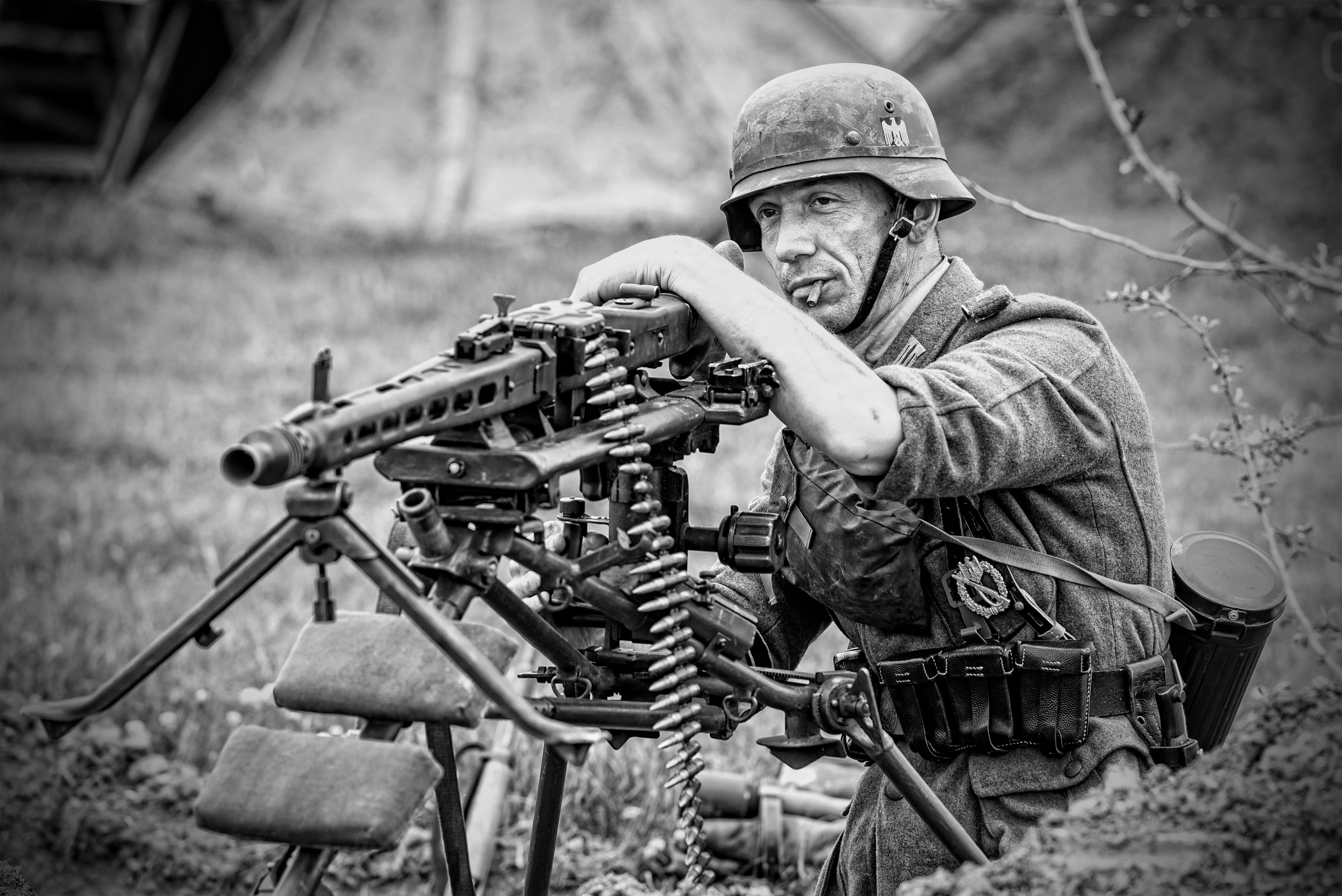 In front of the 21-year-old German soldier, the grandiose picture of the largest landing operation in history unfolds: the entire sea was filled with transport ships and combat ships of fire support. It seemed that nothing could interfere with the movement of the American landing armada. About a hundred meters from the coast, the American marines began to leave the self-propelled barges in order to cover the remaining distance to the coast on foot.

“They jumped into the cold water that reached their necks,” Heinrich Severloh later recalled, who by that time had not yet managed to fire a single shot. “Some poor fellows even disappeared under water for a moment. Probably, they felt terrible in those minutes – wedged by the icy cold to the very bones, forced to go towards our machine guns. “ 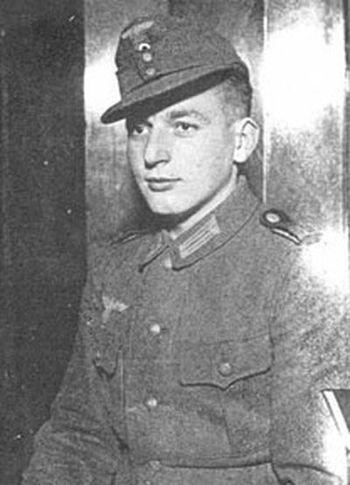 The path to Normandy

Heinrich Severloh was a native of Metzingen. In the summer of 1942, Heinrich was drafted into the Wehrmacht army. He began serving in the 19th artillery reserve battalion in Hanover-Bothfeld. He was then transferred to France, where Heinrich served as a motorcycle courier in an infantry division. In December 1942, Severloh was sent to the Eastern Front. He served in the rear, acting as a horse-drawn carriage driver. In March 1943 he was sent to hard labor for “offensive statements”. Soon his health was seriously compromised, after which Severloh was admitted to the hospital. Fortunately for Heinrich, he never returned to the Eastern Front. In December 1943, his division was redeployed to Normandy, where Lance corporal Severloh took over as machine gunner Widerstandsnest 62.

At his disposal was the MG-42 heavy machine gun, also known as the “Bonecutter” or “Hitler’s Saw”, as well as two Kar 98K carbines. 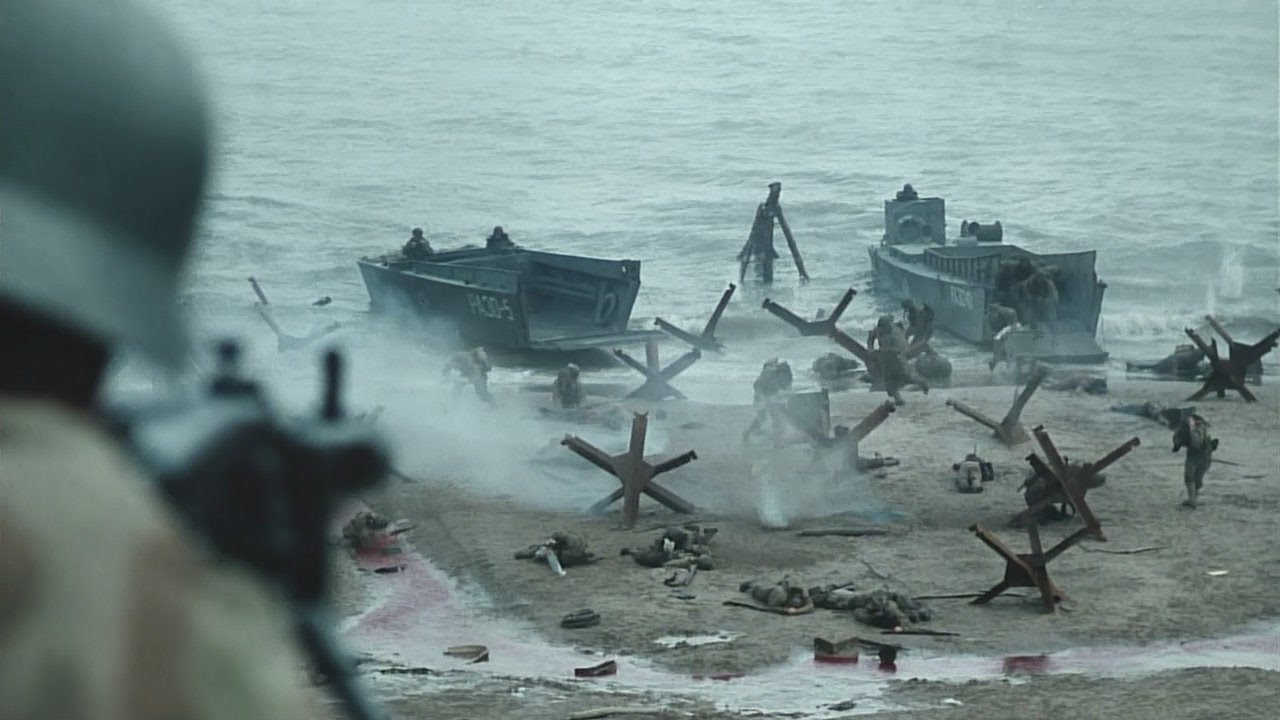 Omaha Beach through the eyes of a German machine gunner. Still from the movie “Saving Private Ryan”.

Read: P-40 “Kittyhawk” of the Royal Air Force during World War II found in the Sahara

Having received an order from Oberleutenant Bernhard Frerking, Corporal Severloh opened fire from his MG-42 machine gun. The American soldiers were only a couple of hundred meters away.

In the words of Heinrich Severloh: “They were in front of me at a glance. I clearly saw the splashes of blood from bullets hitting the bodies of enemy soldiers. With the first enemy soldiers, I had to tinker a little to understand how to properly fire from a machine gun, but then it became easier. I waited for the doors of the other landing barges to open to release a new portion of the gray figurines, and began firing directly into the opening of the ramp … Still, some were lucky to crawl out onto the wet sand. They rushed, crawled and tried in every possible way to find shelter behind the corpses of their killed comrades, who had already filled up the entire Omaha beach. But the 7.92 caliber conical bullets from my MG-42 could easily pierce any meat … “

Ten killed, twenty, thirty … Then the count went not to tens, but to hundreds. Severloh stopped only when he was completely out of cartridges.

After six hours of continuous shooting, Heinrich Severloh killed approximately 2,000 Americans soldiers. During this time, he fired over 400 shots from the German K98 carbine and about 12,000 shots from his MG-42 machine gun. The total weight of the spent ammunition was about 560 kilograms!

Severloh could have continued to kill further, but he simply ran out of ammunition! American soldiers killed by German bullets on the shores of Omaha Beach.

Heinrich Severloh safely surrendered to American soldiers in the village of Colleville-sur-Mer a few days later. None of the Americans knew that this captured soldier had killed about 2,000 of their comrades a few days ago.

Soon, the prisoner was sent to the United States, where Heinrich Severloh was engaged in harvesting potatoes and cotton in Mississippi. In May 1947, a former Wehrmacht soldier returned to his native Metzingen in transit through England.

In the 1960s, German writer Paul Carell, former SS Obersturmbannfuehrer Paul Schmidt, was preparing a book about the fighting in Normandy.To him, Heinrich Severloh, who had previously been silent about his story, told his story for the first time.

But real fame came to him in 1984. Then the machine gunner gave a four-hour interview to American television journalists who were preparing a film for the 40th anniversary of the Normandy landings. In it, he named the number of Americans he killed – 2,000 people.

When the film was released on the ABC TV channel, newspapers from many countries of the world wrote about Severloh. He received the nickname “The Omaha Beach Beast”. And although a former Wehrmacht soldier assured that he was sorry for the dead Americans and that he has not touched weapons since that day, Heinrich Severloh was clearly flattered by such attention.

Historians, however, proved that the German veteran was greatly exaggerating, and he could not kill more than several hundred paratroopers.

In 2000, Heinrich Severloh published his own memoirs. He was regularly invited to events on the occasion of the next anniversary of the landing in Normandy, and the German never refused, with pleasure communicating with veterans from England and the United States.

The machine gunner died in a nursing home in January 2006 at the age of 82. 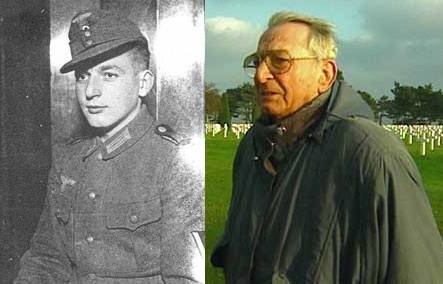 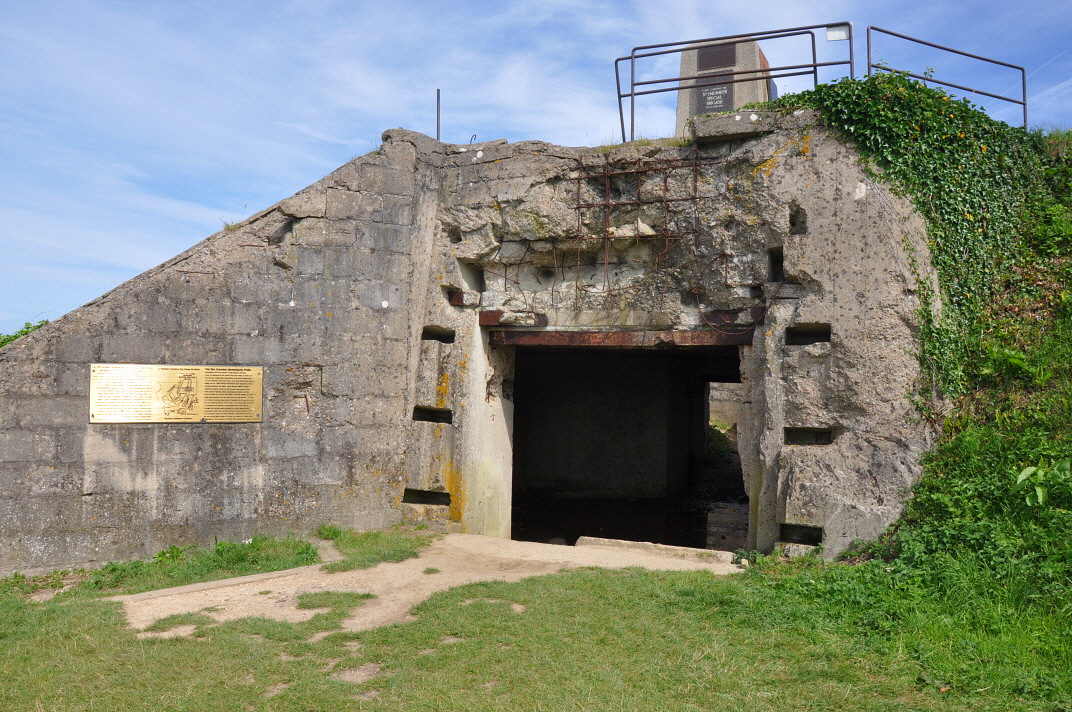 The pillbox from which Heinrich Severloh aimed fire at American soldiers. Photo by Wikipedia. 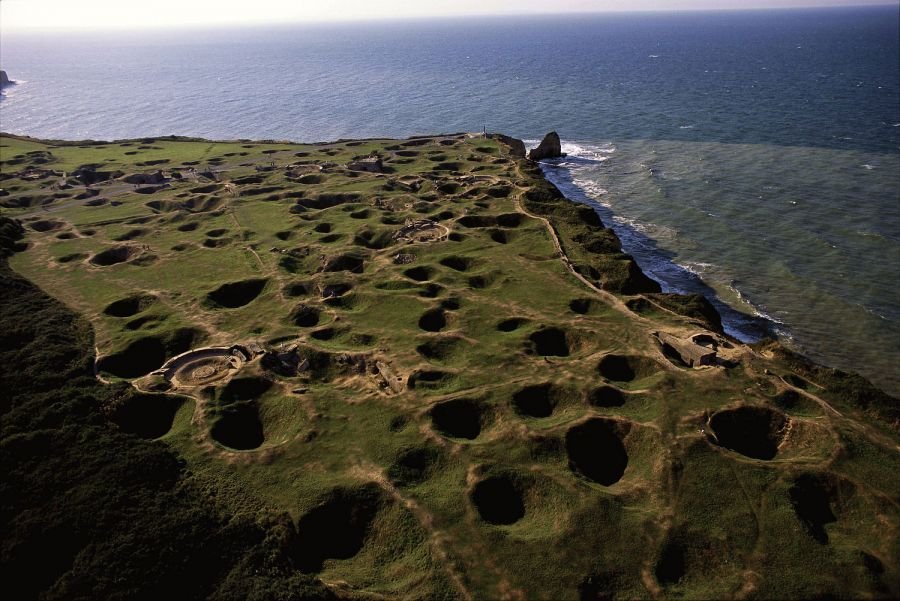 Omaha Beach from a bird’s eye view 70 years after D-Day. Photo by Wikipedia.