It rained for about ten days. And finally the rain stopped. I went to the excavations of war relics with my new friend – a Labrador named Tai. I decided to introduce it to our hobby, because now it will always be with me at the excavations. I took it from the shelter because the previous owners abandoned it. 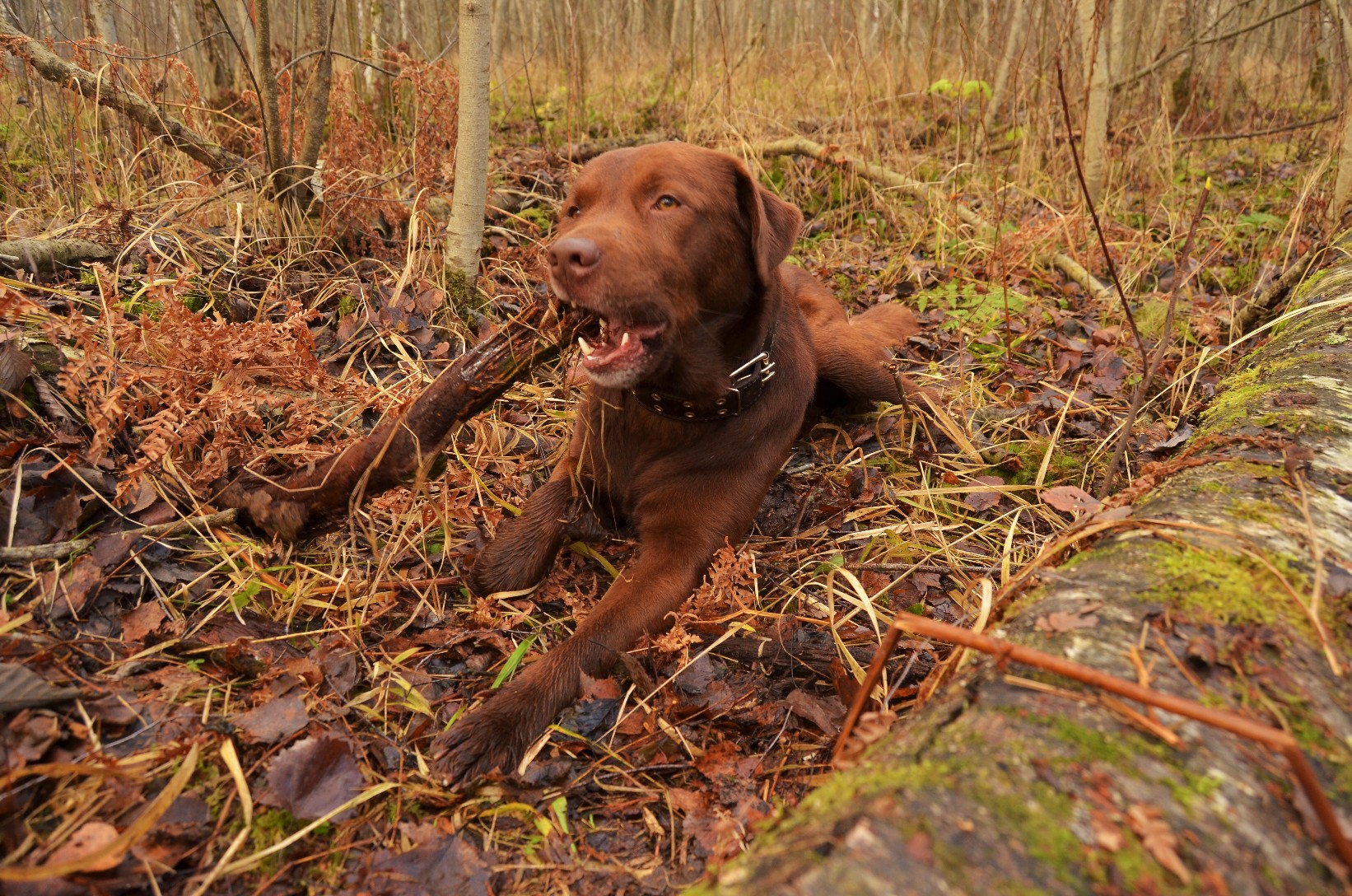 The days were getting shorter, so we had quickened the steps. We came to a place where according to the stories of a local resident there was a fall of a German plane. As it turned out, he didn’t lie – there were aircraft parts everywhere. On one of the parts was a tag on which was written Ju – 52 (this meant that it was a German aircraft Junkers – 52). About an hour we stayed at this place, but found nothing of particular interest, so we decided to move on. 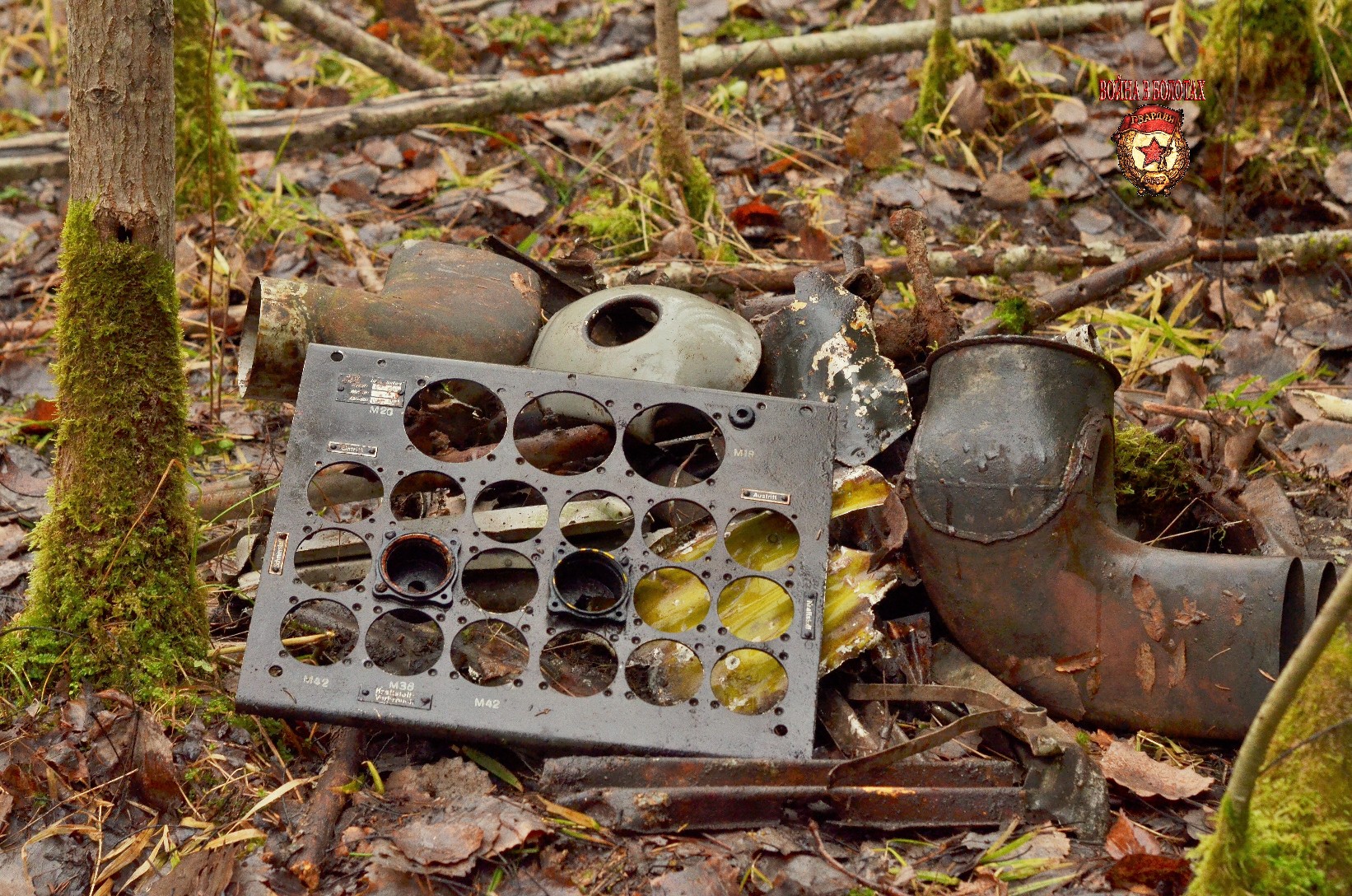 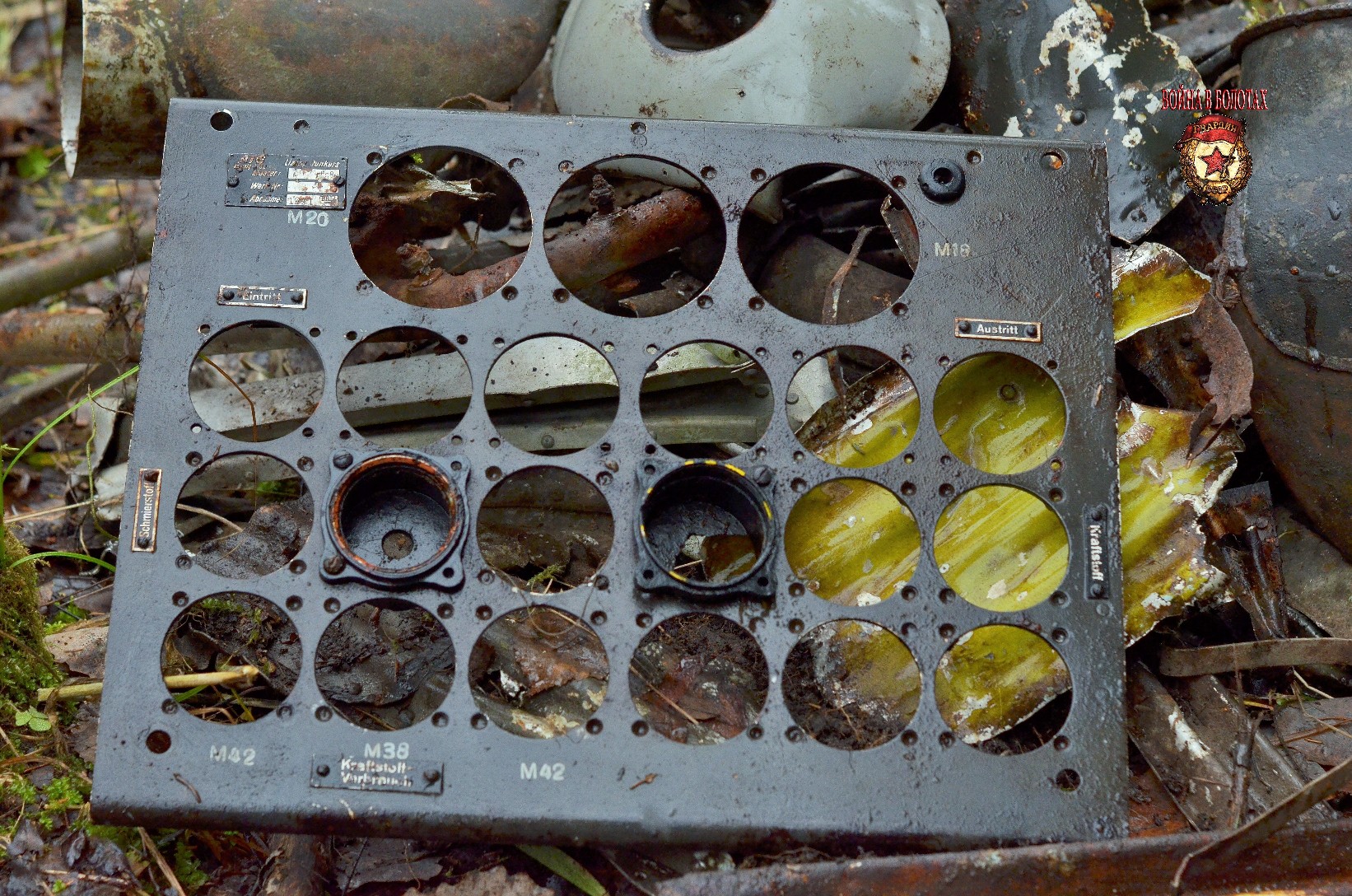 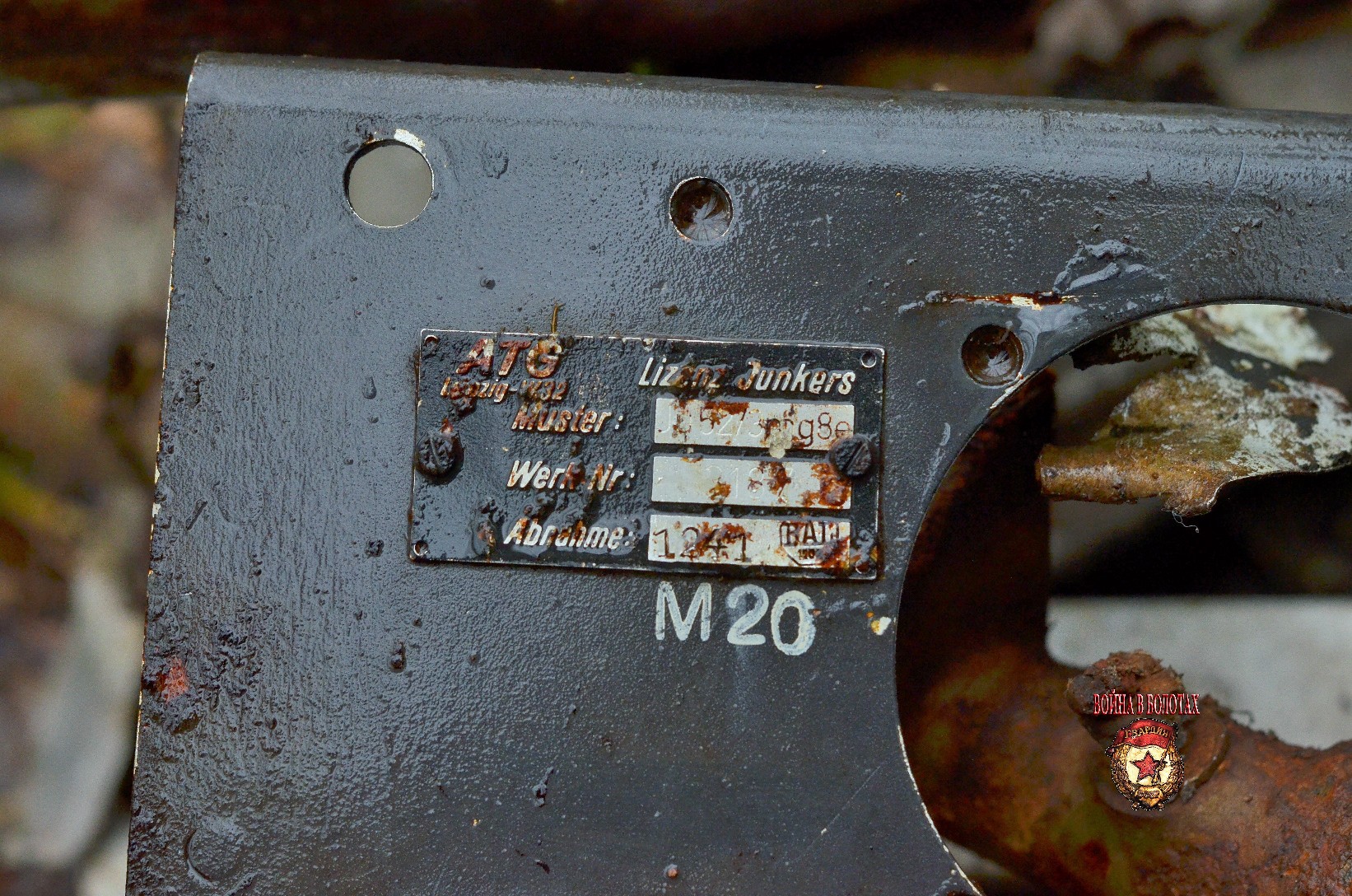 Three hundred meters from the crash site I found a German trash pit, in which were empty beer bottles, a smoke grenade, a sapper shovel, and various parts from a gas mask. After some time, another find appeared. From the outline of the dome, I realized that it was a German helmet that lay superficially. The next couple of hours, we did not find anything interesting. It was getting dark outside, and I, with my new comrade, went towards the house. 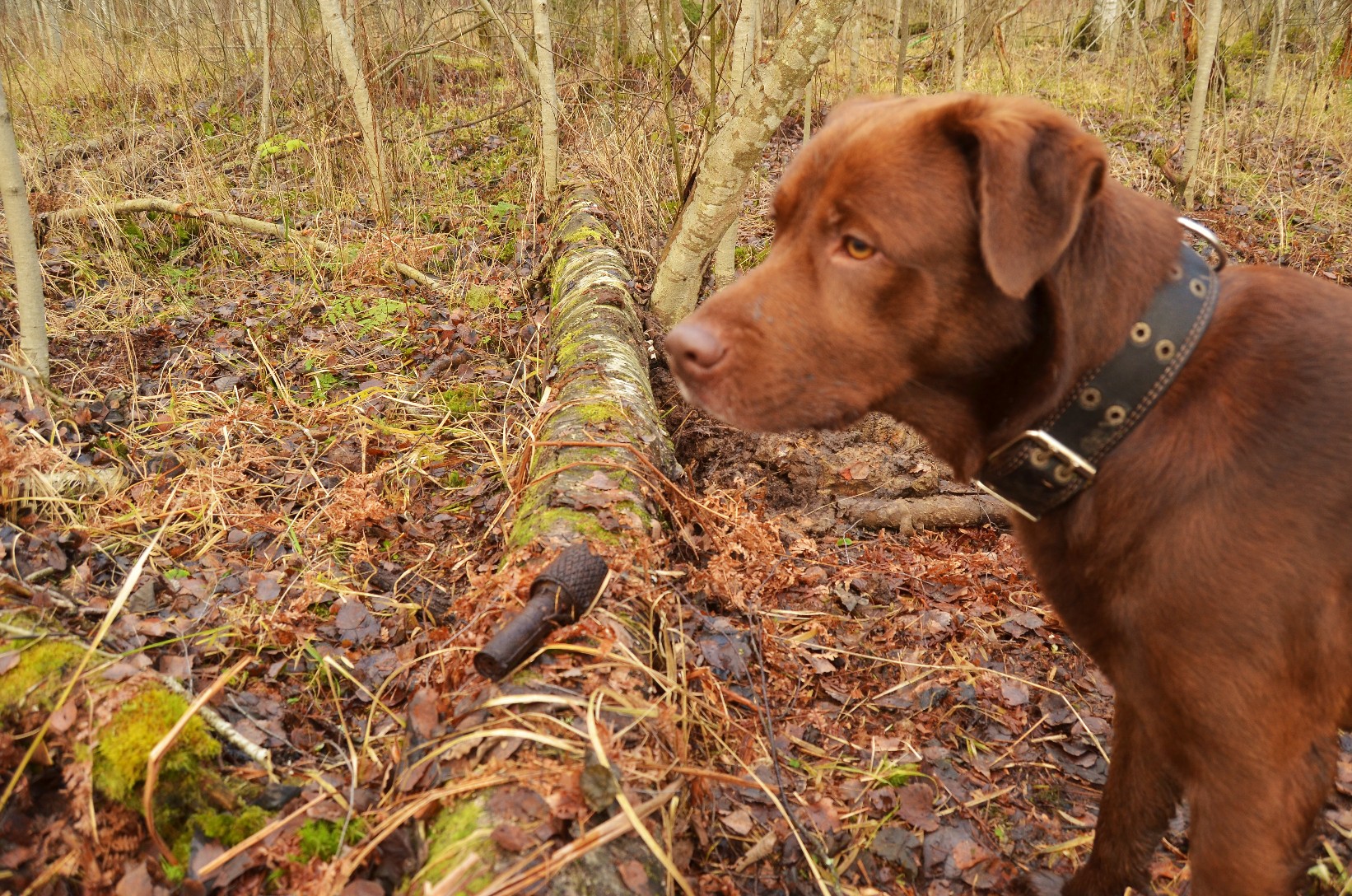