Soldiers of the 167th Infantry Division of the Wehrmacht drunk in the village of the Kursk region (now Belgorod) in the summer of 1943. Photographer Franz Grasser.

Alcoholism in the Wehrmacht

At the very beginning of the war on July 19, 1941, the soldier Heinrich Jansen wrote home in a letter: “We live well, the food is regular and decent, we get a lot of smoking, a bottle of vodka for three people, which we drink for the health of our Fuhrer.”

Captured in April 1942, corporal of the Norwegian Volunteer Legion, Edvent Knel, during interrogation calls a much smaller “dose”: “For every day and a half, soldiers receive vodka, half a bottle for 7 people.

Armin Scheiderbauer even recalls that alcohol in 1943 in the unit where he fought was issued only on Sundays and consisted of a small dose of schnapps – “Sunday rations”. The unexpected increase in the official portion of schnapps did not cause much joy among the German comfrey soldiers, since it spoke eloquently about the upcoming offensive, and therefore the manifold increased danger of being killed or maimed. 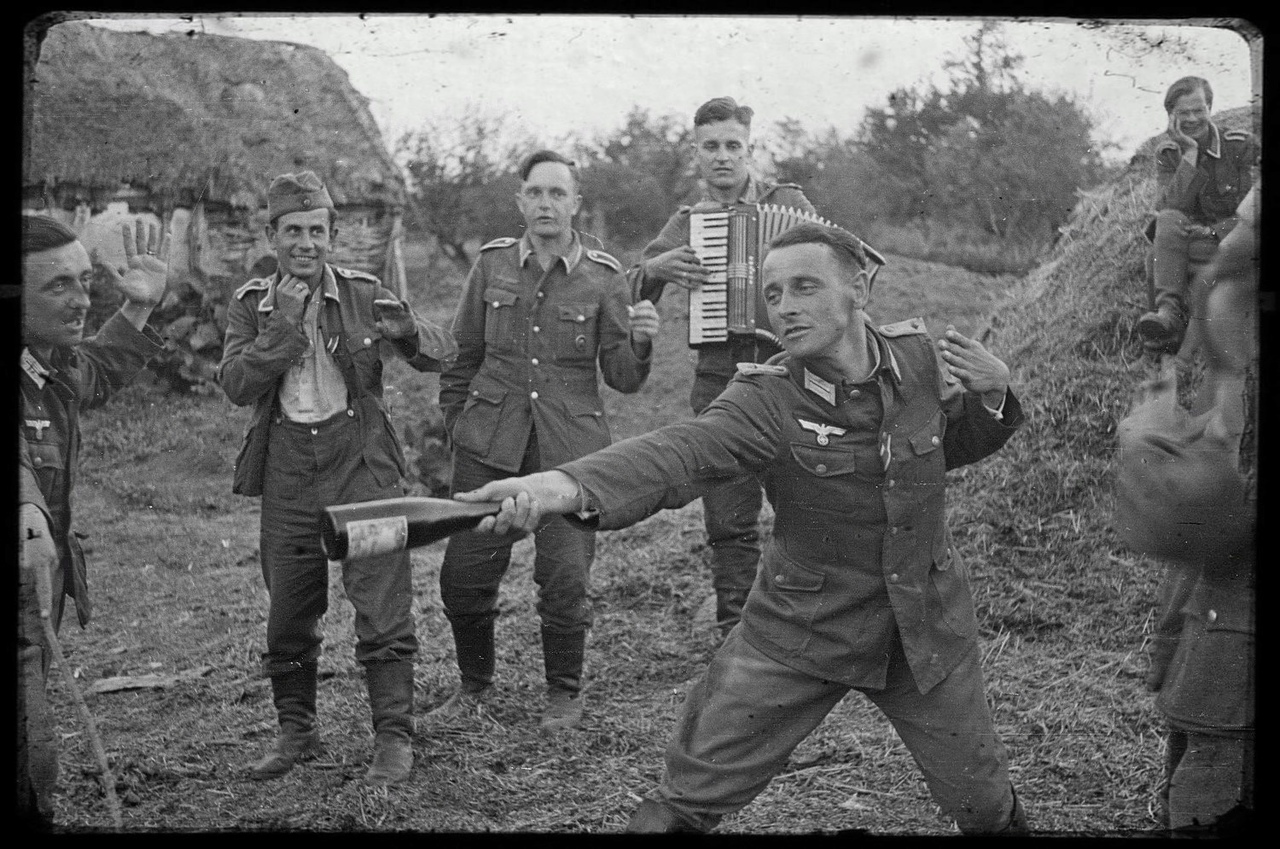 In his book The Road to Stalingrad, Benno Zieser describes one such incident: “The field kitchen arrived at night to distribute rations. Each got a bottle of schnapps. Bitter experience taught us not to be particularly happy about such generosity: it was definitely a bad sign. We did not have to wait for long: an attack was ordered at six in the morning. We slept badly that night. “

According to the memoirs of our front-line soldiers, the Germans had more than enough alcohol. Combat Zasukhin described the trophies captured near Vitebsk as follows: “I was amazed by the abundance of all kinds of French wines, not to mention schnapps. They (the Germans) lived richly in this sense. “

Ivan Novokhatsky recalls how, after breaking through the German defense line, they found, one and a half kilometers from the front line of the Wehrmacht soldiers, “a real rest home for soldiers, and everywhere mountains of empty bottles. Sometimes there were dugouts, one of the walls of which was made of empty bottles. “ 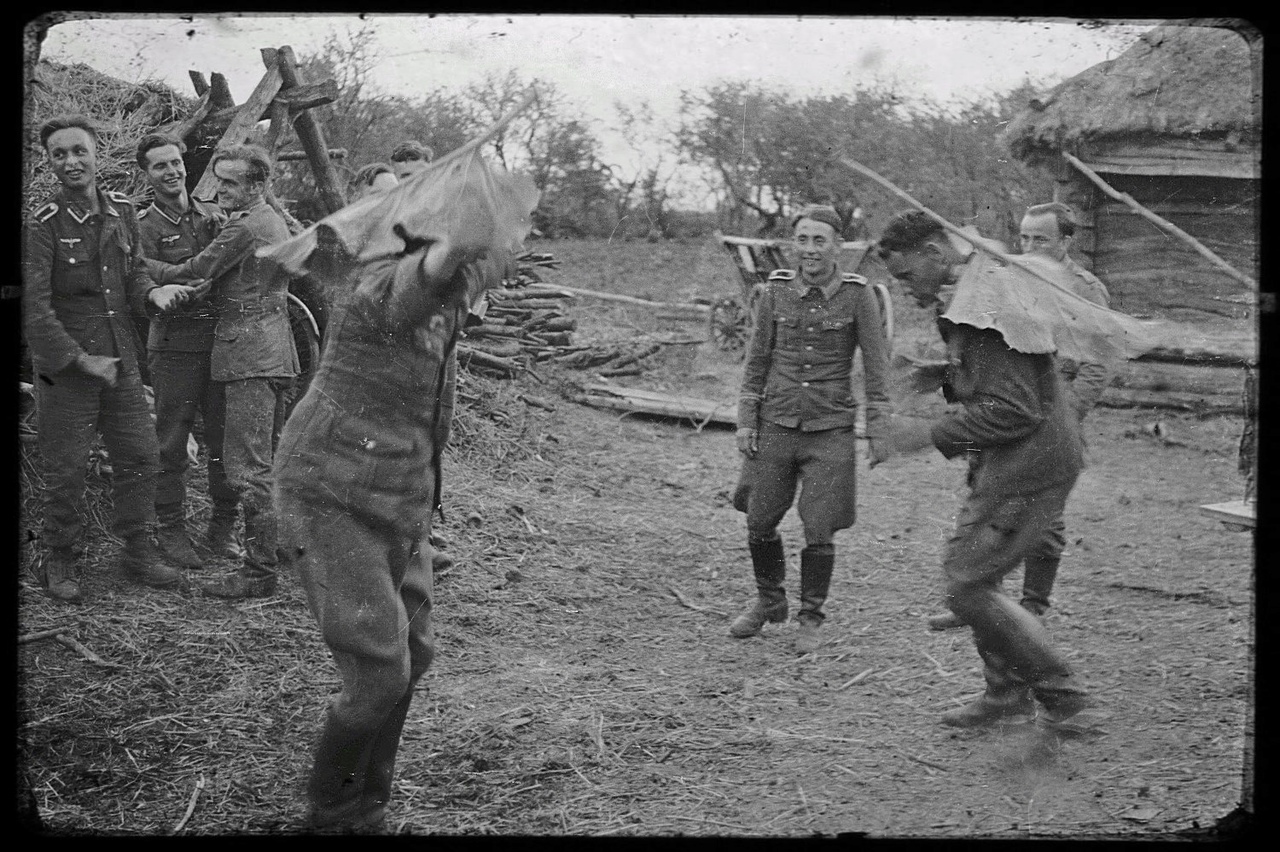 Like the Soviets, German soldiers were very resourceful in obtaining and making various kinds of booze. Helmut Pabst writes in his war diary: “There is a supply of schnapps, in the pot there is water from the nearest puddle. We want to do grog. And then he gives his trench recipe: “Schnapps is necessary, sugar is desirable, water – as an addition.”

And here are two excerpts from the memories of this aspect of the war, who began his combat career as an ordinary soldier of the 132nd Infantry Division of the Wehrmacht, Gottlieb Biederman:

“The company commander-in-chief-quartermaster made a surprise for us – three large wooden barrels of Crimean wine arrived at the very top of his truck. Hearing what we could taste, we drank the priceless crimson liquid from cans taken from the dining room and field flasks, while humming “Black Forest Valley Mills.” We later added to our repertoire some obscene songs that the soldiers had sung since the creation of the world, and in the end we emptied our crumpled vessels.

Drunk soldiers of the 167th infantry division of the Wehrmacht 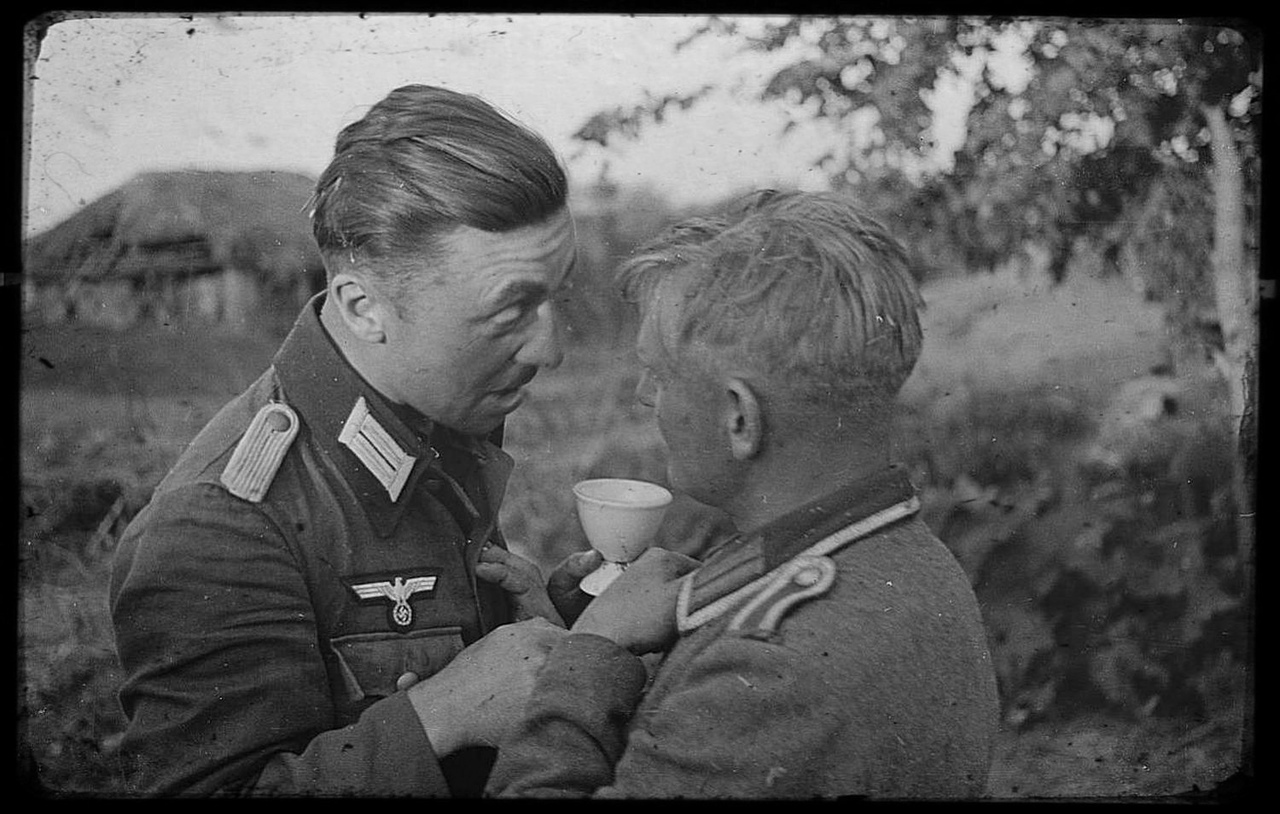 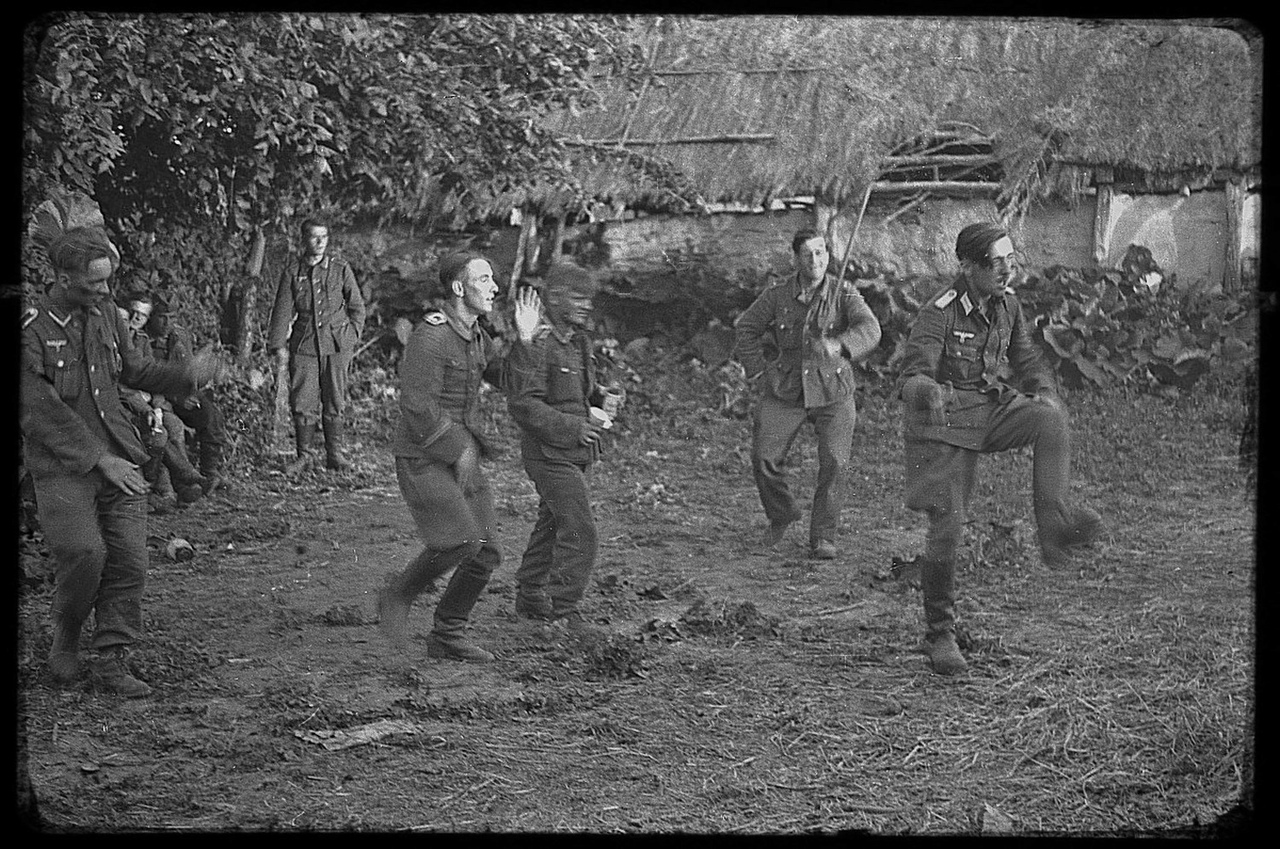 Today we would like to present you some interesting photos. Specifically, the photo captured at the time of signing the act of unconditional surrender of ... Read More

Sturmgewehr 44: The first assault rifle created at the end of WW2

The Sturmgewehr 44 (stg 44) was the first assault rifle to be mass-produced. Its release was established by the Germans during the Second World War. ... Read More