All the Christmas holidays are over. The year 2021 has arrived and we must begin a new season of excavation of relics of the Second World War.

We planned to stay in the forest for several days with an overnight stay, but the severe Russian frost spoiled our plans. It was very cold in the forest (-15 degrees Celsius) and forecasters promised a drop in temperature to -25 degrees Celsius. Under such conditions, excavation is not comfortable and hazardous to health. Leningrad forests are rich in underground waters, which fill the very dugouts that we are exploring. Digging in such conditions, you can get hypothermia and get pneumonia. Having dressed warmly, we went to the designated positions of the Wehrmacht.

Having found a pre-selected German dugout, we proceeded to remove the ice layer and pump out the water. The dugout turned out to be rather big, and besides, it was filled to the brim with pine logs, which we had to remove. Having cleared the area we needed, we started looking for relics. 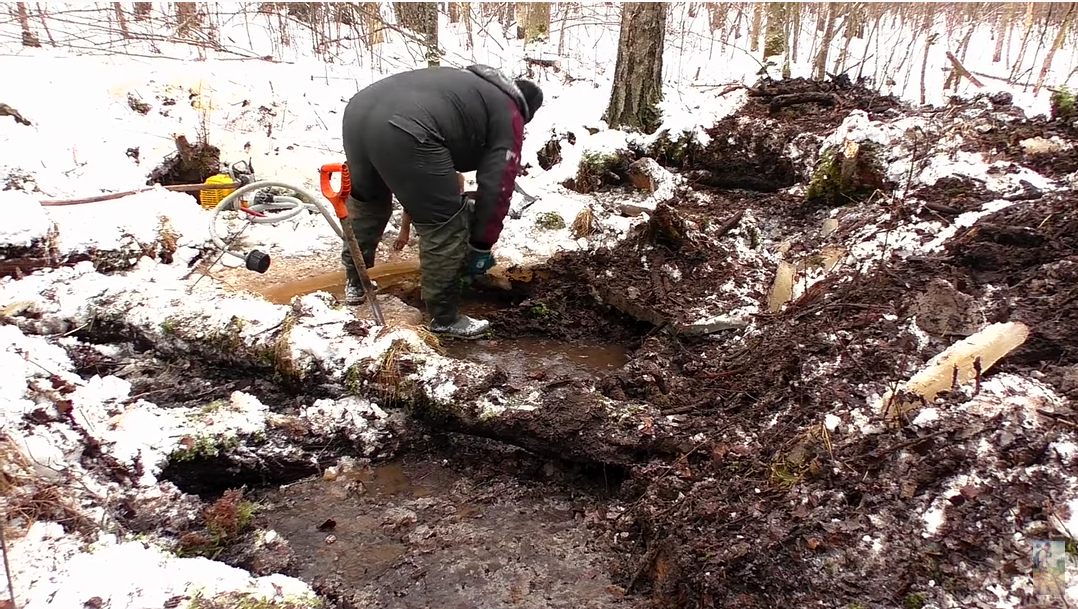 In the photo, my friend is removing the ice layer that covers the German dugout. Photo by @Swamp_war 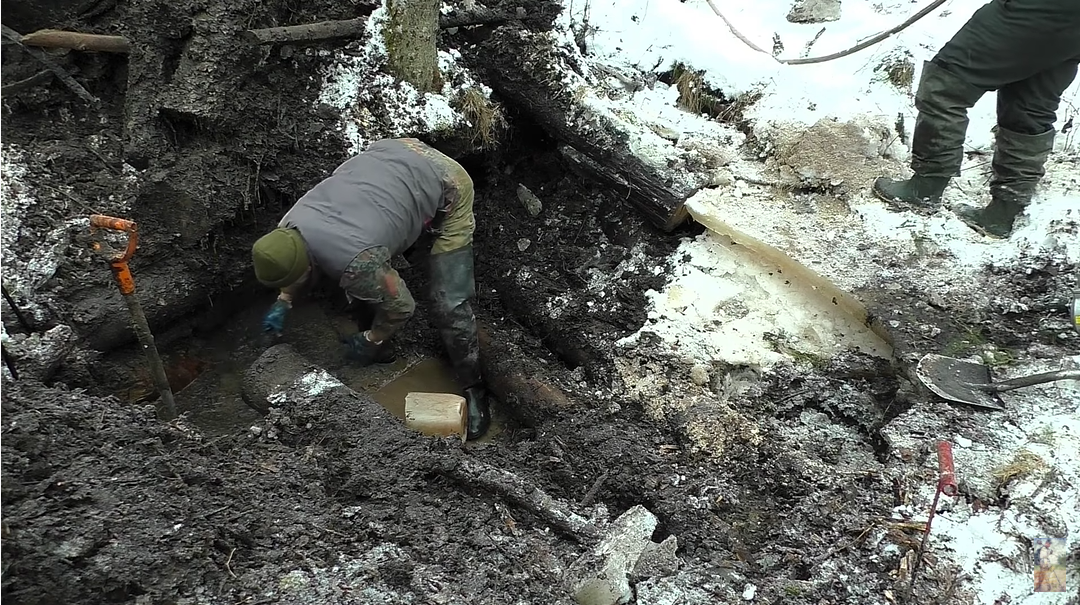 In this photo you can see the excavation process. My wet hands instantly froze. Photo by @Swamp_war

My first find was a PPSh disc magazine with a cartridges. These positions were occupied several times by German and Soviet soldiers. Therefore, we find relics of the Wehrmacht army and relics of the Red Army. 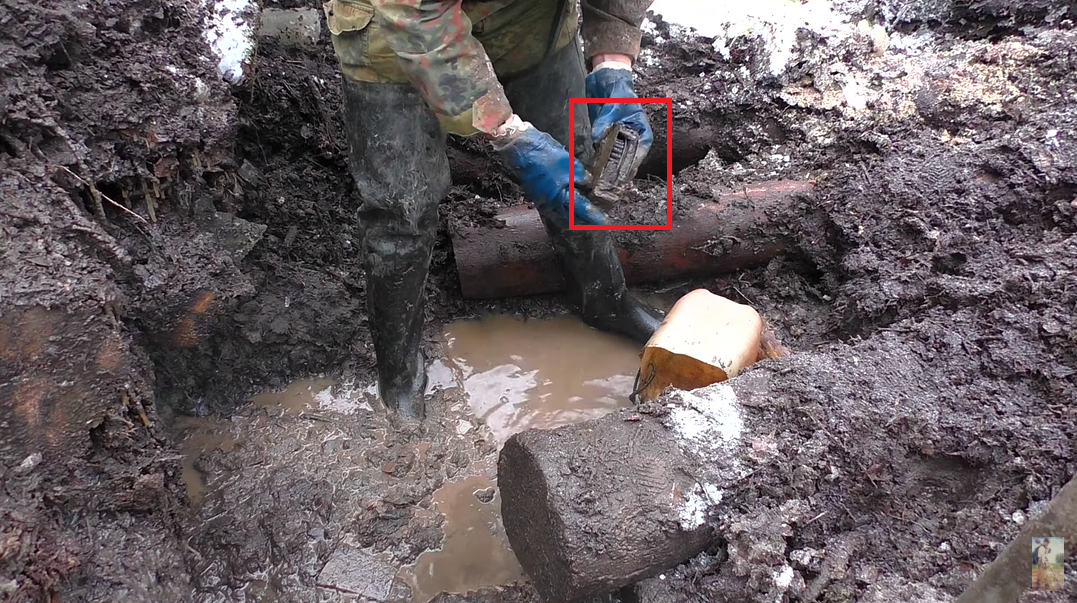 My first find was a Soviet PPSh disc magazine with a cartridges. Photo by @Swamp_war

Next, I found a pocket knife with a preserved wooden handle. The handle was decorated with patterns. Next to the knife was a German lighter, parts from German glasses, several coins (Soviet and German), a French champagne cork, a tube of frostbite cream, and an interesting porcelane jar.  The porcelain jar bore the words Food Industry. Produced in the Ukrainian SSR. Sour cream or milk cream was once in this jar. 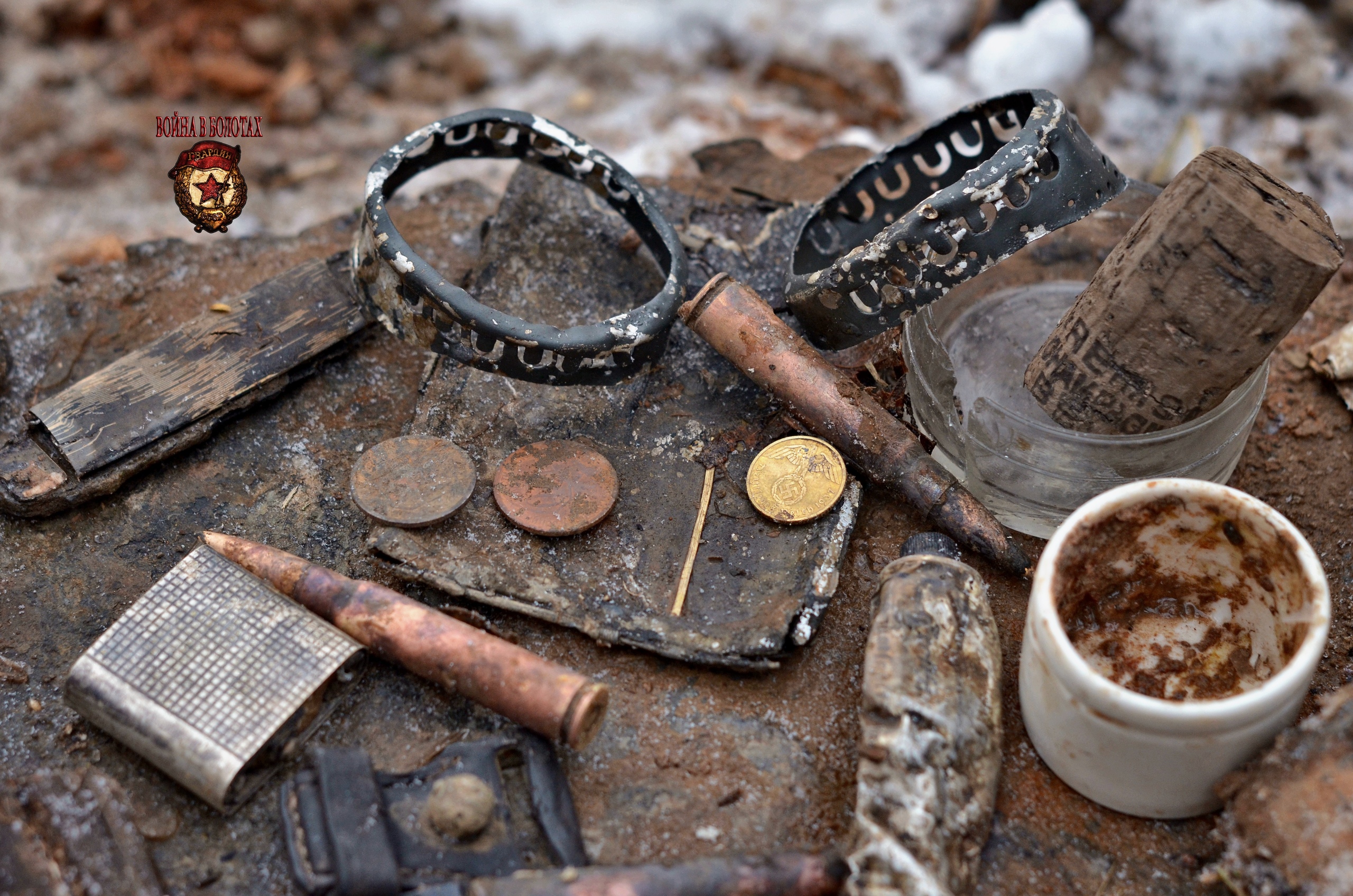 Some interesting relics from dugout. Photo by @Swamp_war

In another corner of the dugout, I dug a leather  frog set for the German K98 bayonet knife. The skin is perfectly preserved. We will restore it and use it for reconstruction. Later we will find another such leather frog set complete with a steel scabbard. 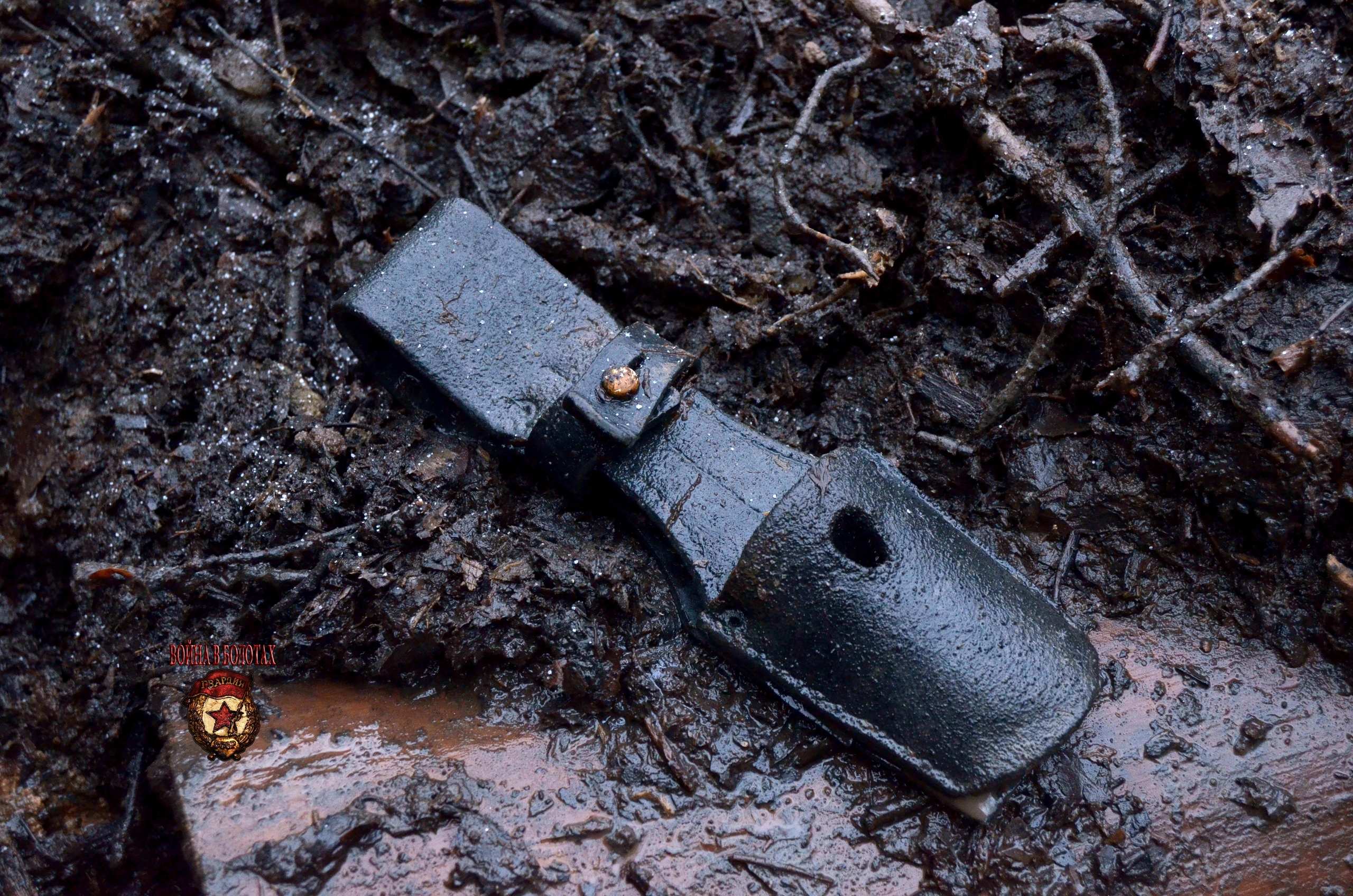 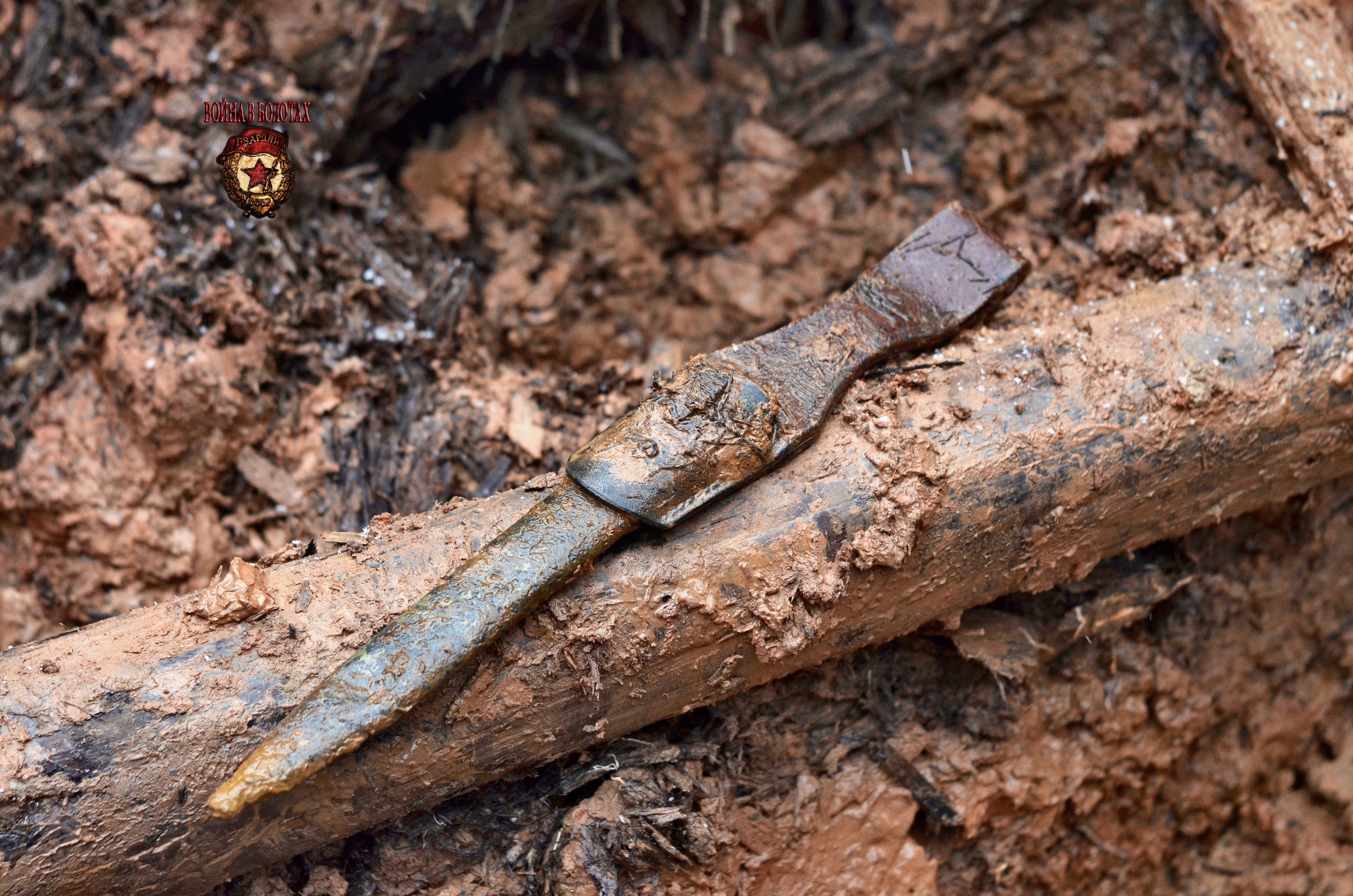 Another such leather frog set complete with a steel scabbard from K98 bayonet. Photo by @Swamp_war

We also dug out a bayonet-knife for the Soviet SVT-40 rifle. This bayonet was broken in half. We never found the second part of the blade. 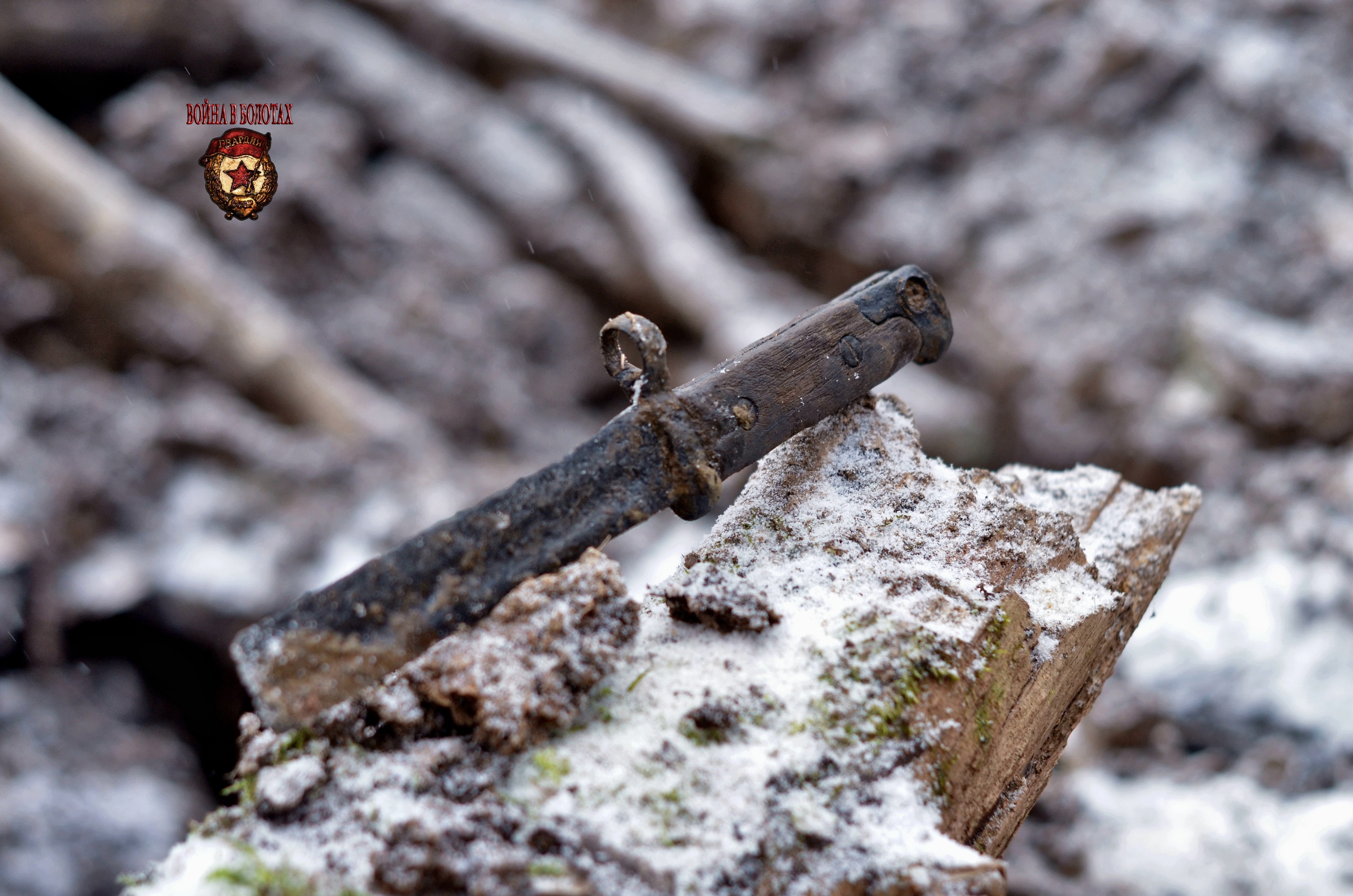 Bayonet broken in half for SVT-40 rifle. Photo by @Swamp_war

One of the most interesting finds was a rare Soviet RG-41 grenade. The Soviet RG-41 was a fragmentation grenade developed during World War II. It was in production for only short time from 1941 to 1942 before being replaced by RG-42. 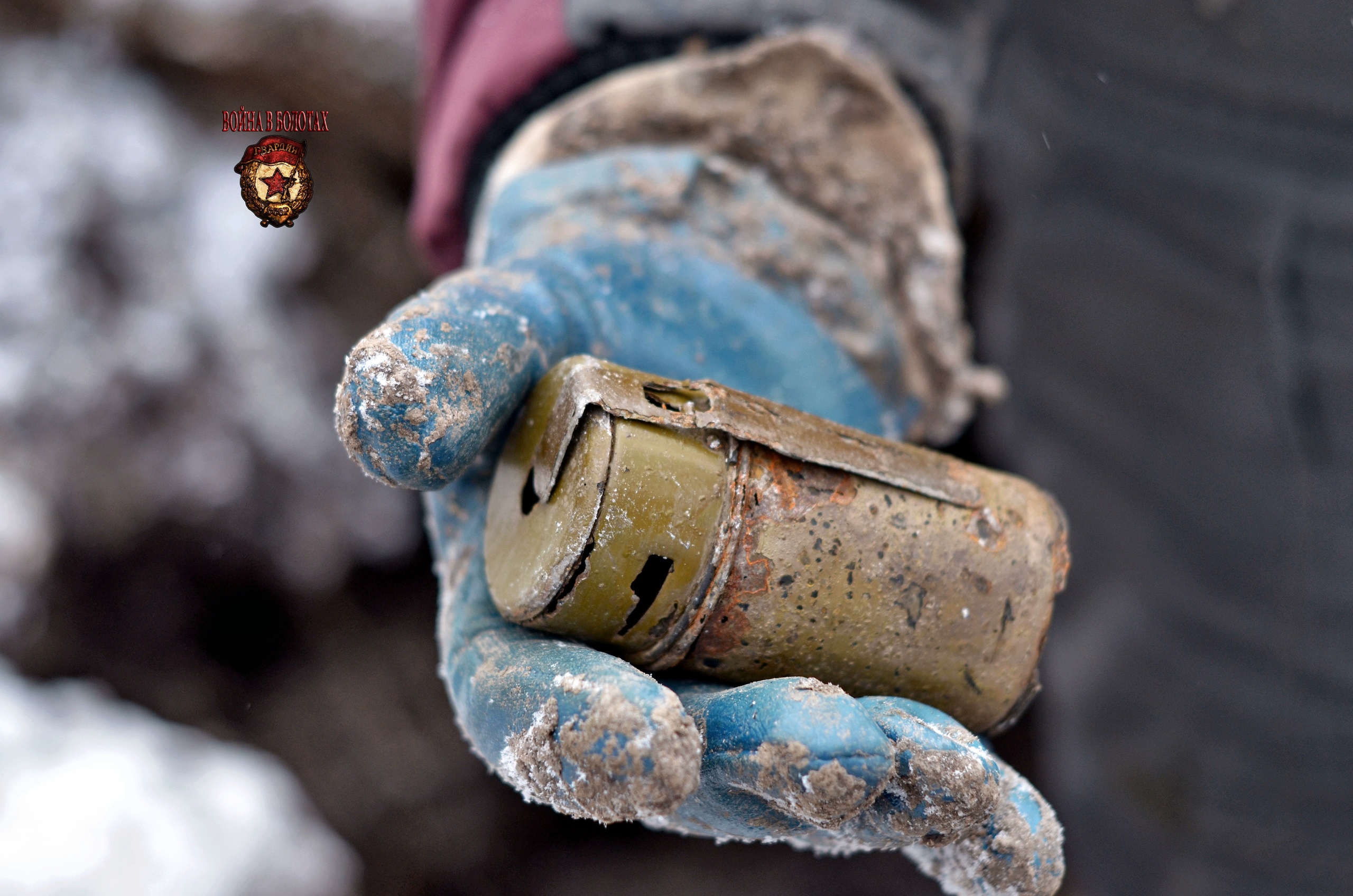 This is all of the main finds. You can see the rest of the finds in the video that I will attach below. The video has English subtitles.
Thank you for attention. 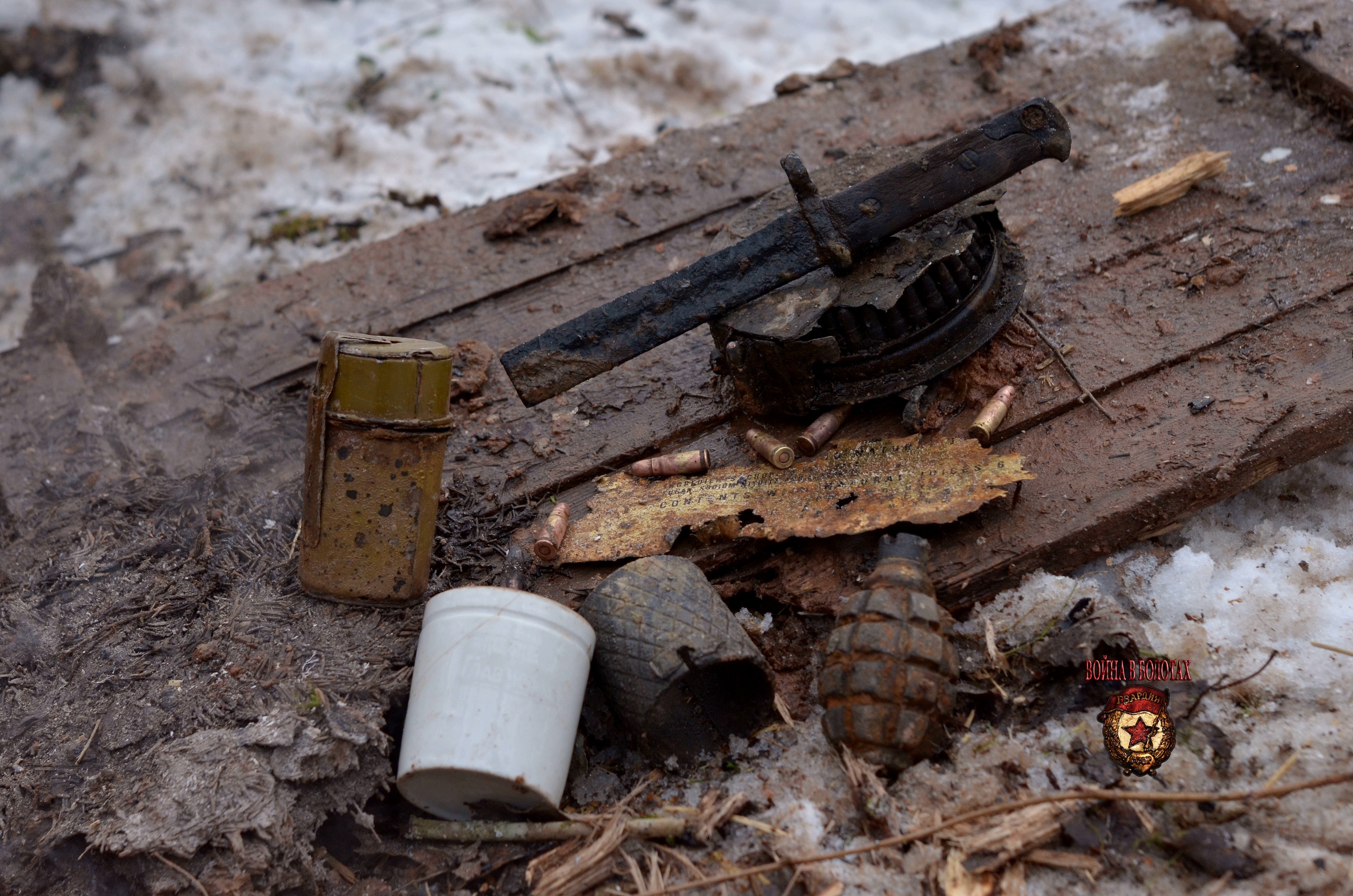 Some finds of that day. Photo by @Swamp_war 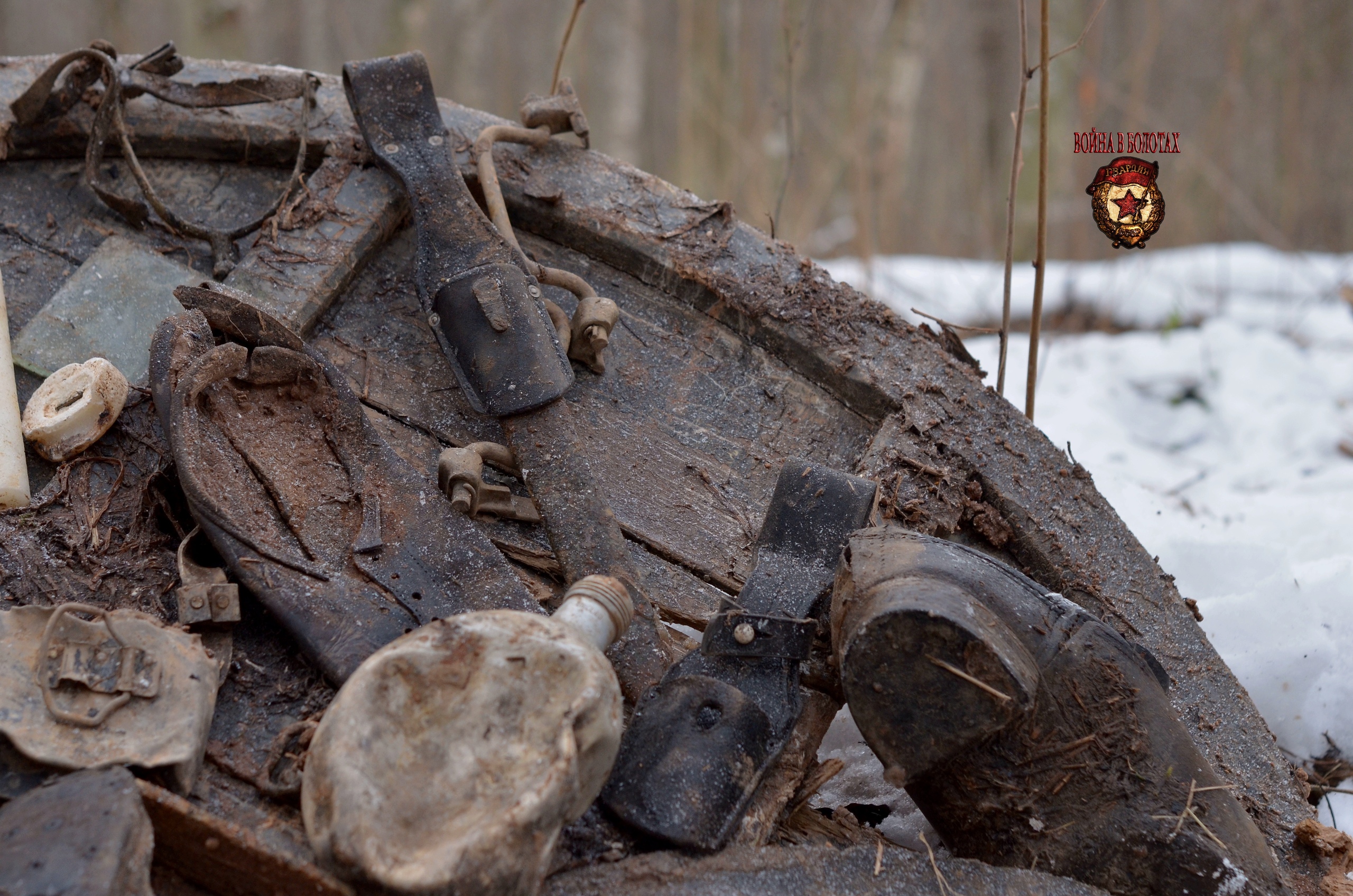 Other finds of that day. More finds you can see in our YouTube channel “Swamp War”. Photo by @Swamp_war