Have you ever wondered what treasure lies under your very feet, or how long they’ve been there? The metal detector a little research of old maps can give us some pretty exciting answers to these questions!

For example, forest roads have remained exactly same since times as long ago as the Middle Ages. For centuries, people have been walking along these roads, losing things or hiding things along the way (hiding treasure from robbers, or vice versa, robbers hiding their finds!)

One early spring I went to a remote part of the forest, and sure enough, I was walking along the same pths maarked on my old map. Just half an hour later, a clear signal led us to a copper green circle that lay on wet ground! Every digger knows how thrilling it is to find an ancient coin! 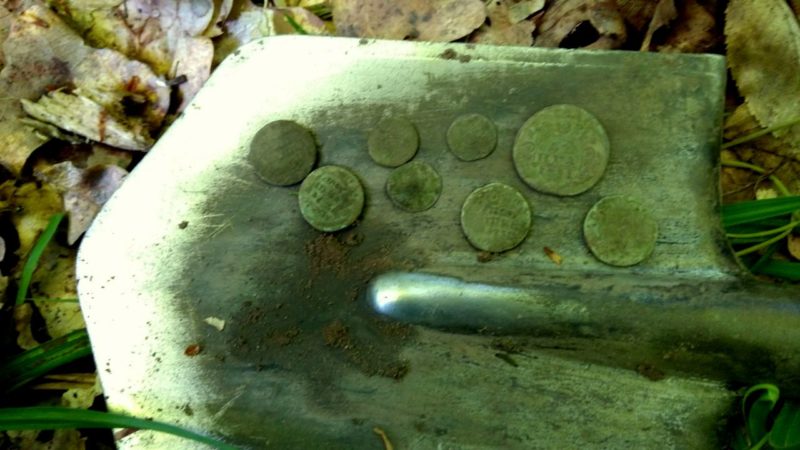 Coins found in that pit

The eagle on the reverse side indicates that this coin was from the Russian Empire (1730-1740). I put the find in my pocket and, by old habit, again checked this place with a metal detector. Remember to always continue digging in the same pit as your find. This is a very good habit, and this time, it didn’t let me down! 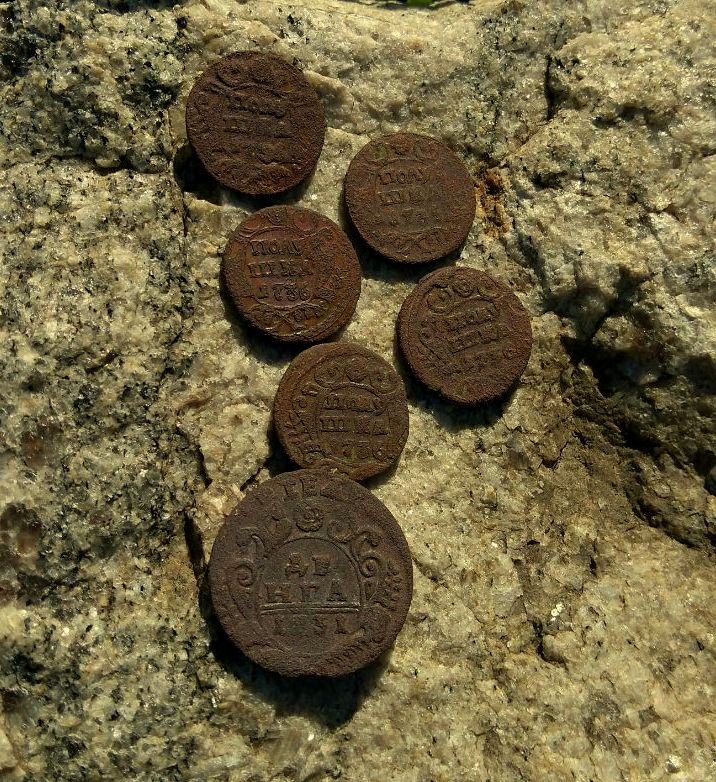 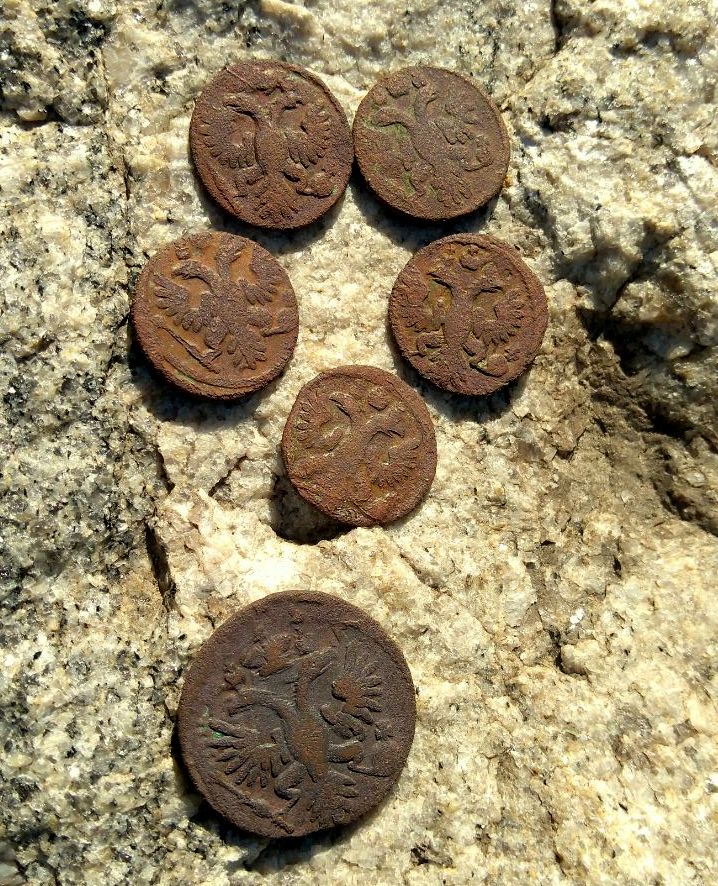 Сoins after cleaning (reverse side).

The metal detector continued to beep while swinging the device over the pit! A hit with a shovel, and two more coins appeared from the ground…then another coin…and another…In the end, I found 8 coins dated 1731-1736 in one pit! Who left them here? And why? We will never know the answer!