When I was going to dig war relics that morning, I could not imagine how interesting this day would be! My friend and I went to check the old road, the last mention of it was on 1940 maps. Usually, to find something interesting, you need to spend a lot of time, dig a lot of garbage and only after that you can get good finds. But this time ..
We quickly found the road, its shape has been noticeable so far. Although it was clear that it was abandoned for many years. The first signal, I found in the forest thicket. On the first try, with a shovel I pulled an incomprehensible set of things to the surface, which later made me very happy! But at first I just thought that someone had recently lost leather gloves, as their condition was very good. Taking one glove in my hands, I noticed that something had fallen out of it. Then I realized how lucky I was!
It was a wristwatch. However, the finds did not end there … Just look at the photo below, and imagine how much I was surprised! 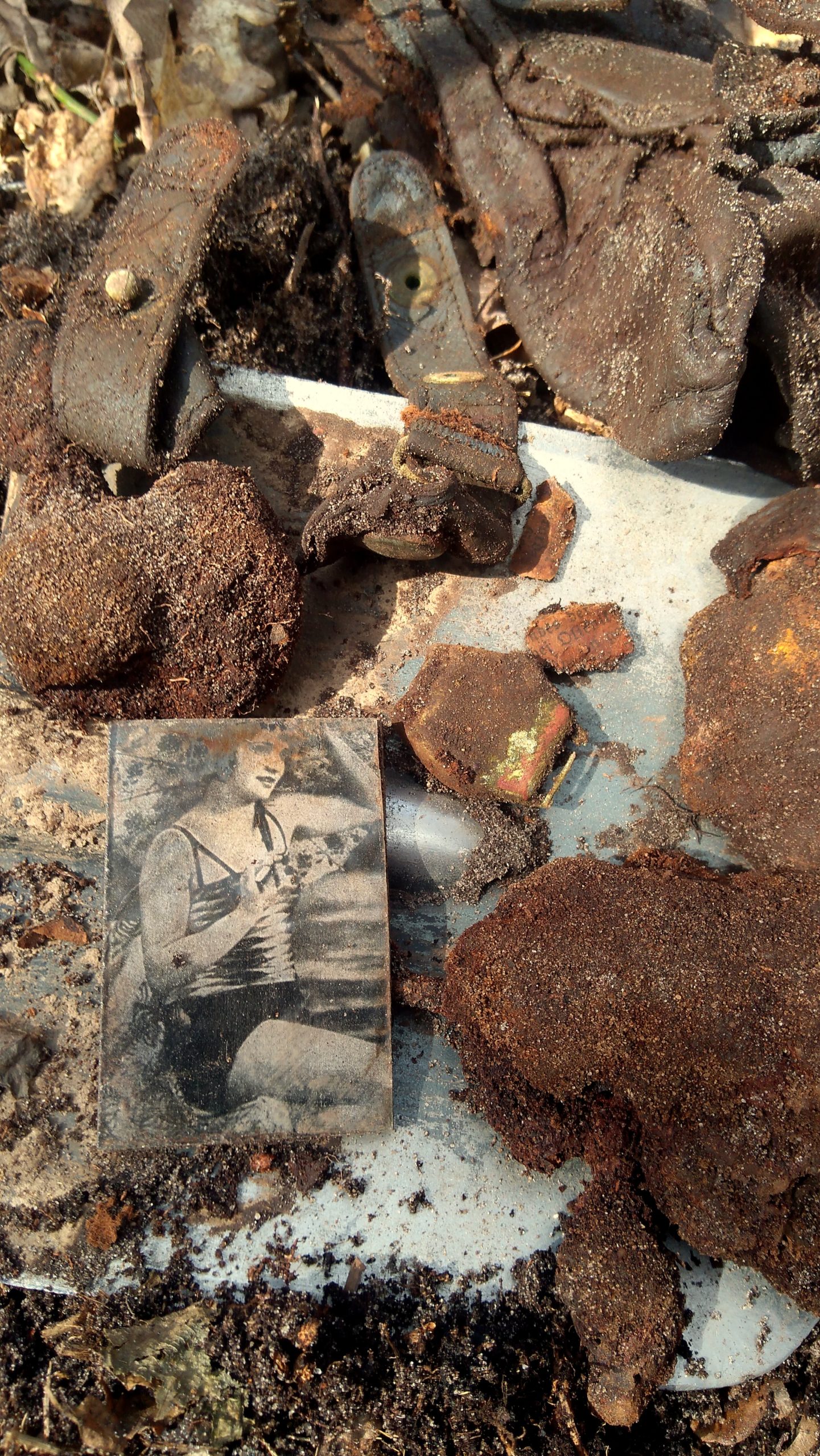 Amazing things that were in that pit. Photo by Sanchez 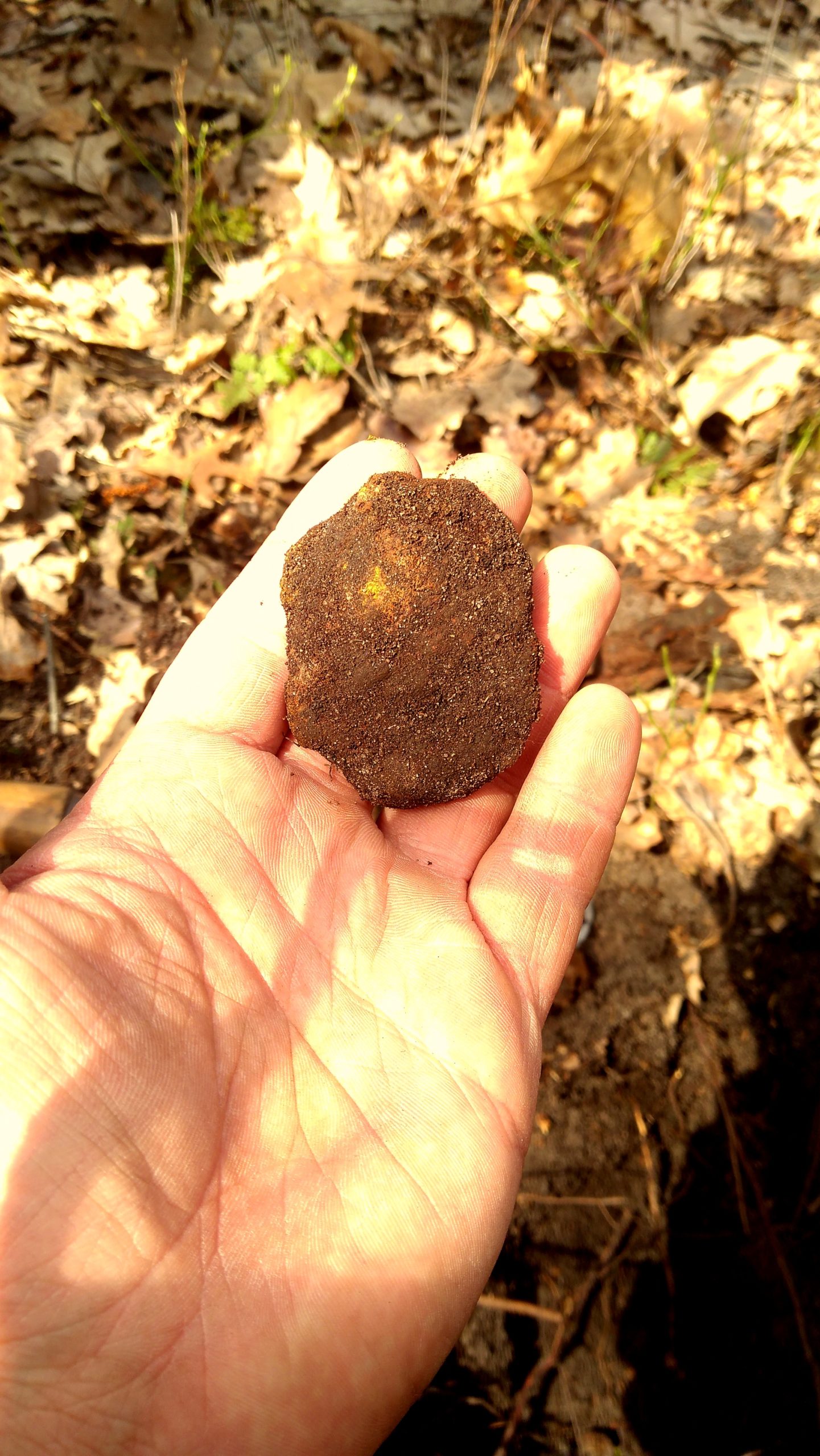 Front side of the award. Photo by Sanchez 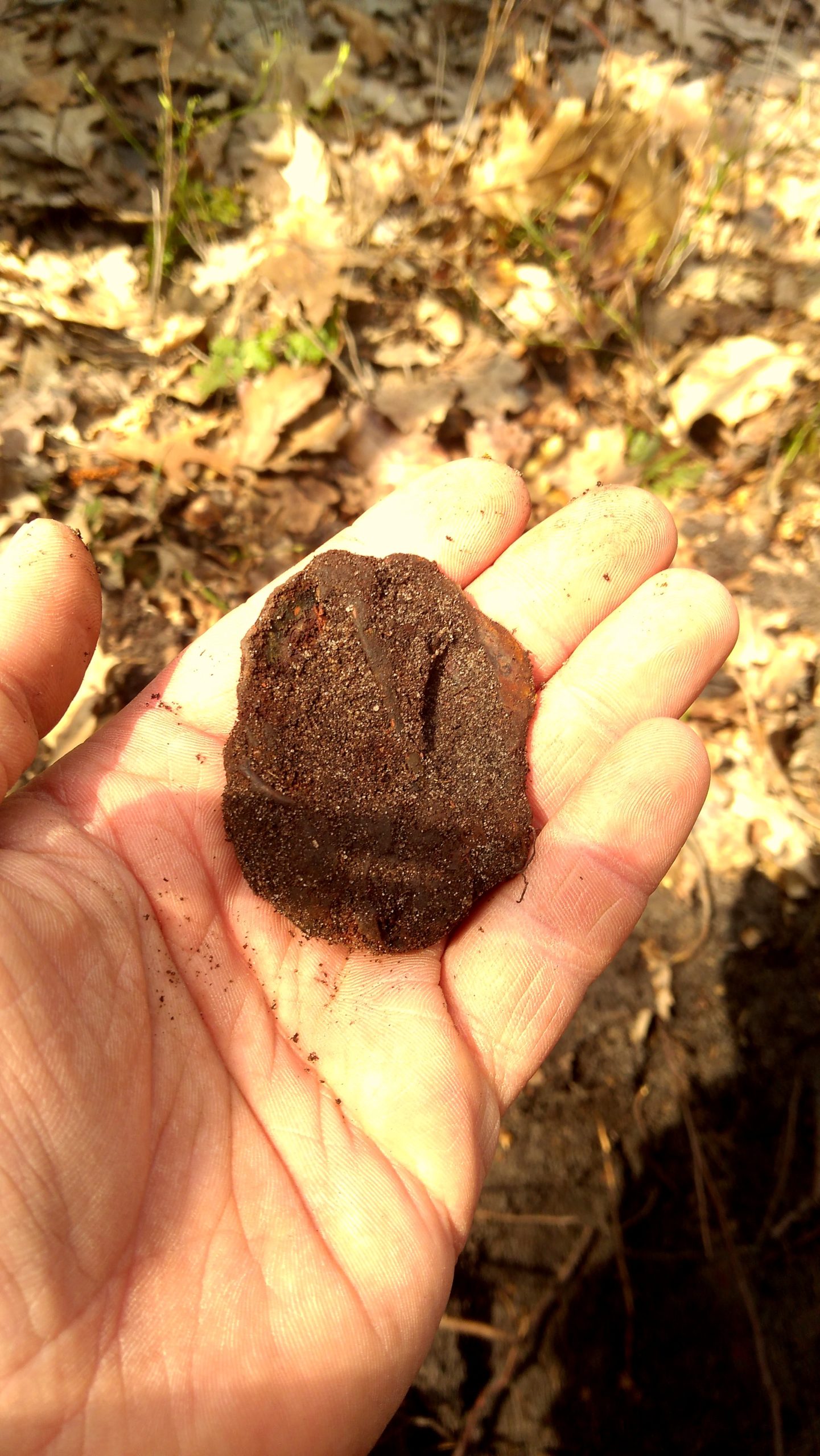 Reverse side of the award. Photo by Sanchez 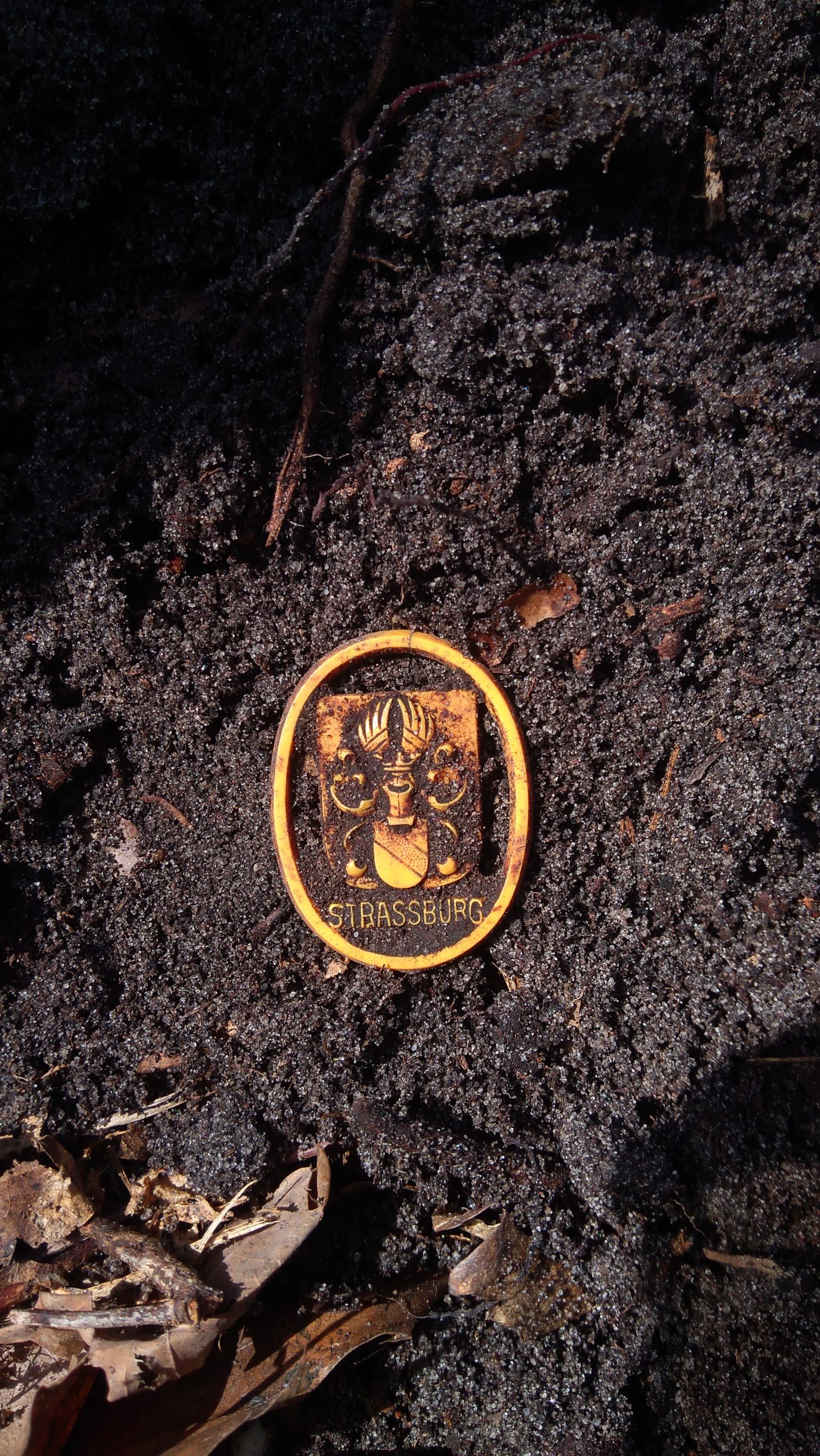 Later, I realized that these things were left by soldier or Wehrmacht officer who was surrounded in those parts … He collected all his things, among which was an award, badge, photograph, clock, keys and documents and hid them in leather gloves. So, the little secret of those times was revealed!
Who was that soldier? Most likely an artilleryman. This is evidenced by dugouts and a large number of artillery shells that were found further in the thicket. Did he survive? That we will never know …

Read: One of the last amazing coins of Louis XIV 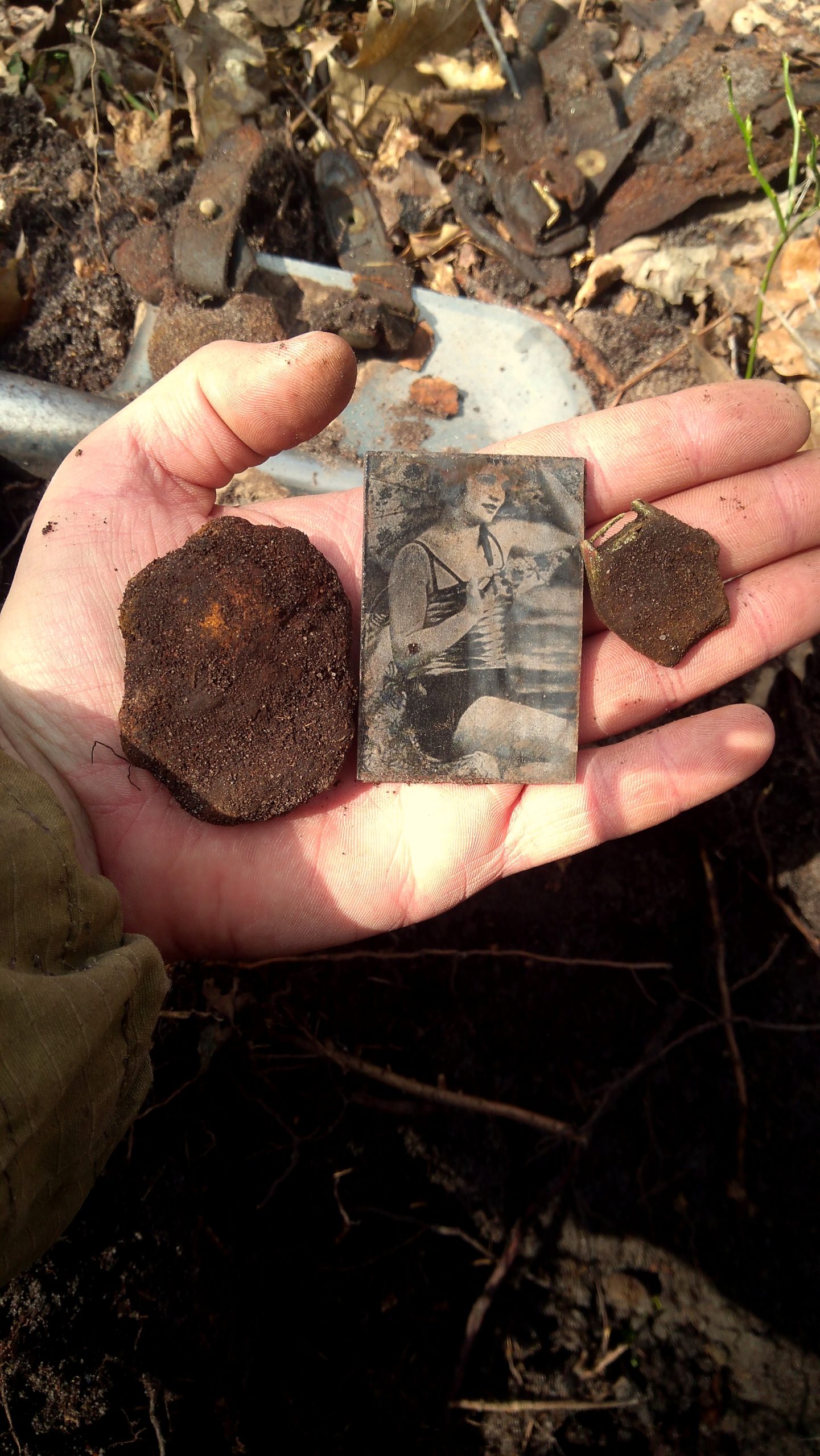 More photos of my finds. Photo by Sanchez

By the way, the award was restored, a wonderful replenishment for my collection! The restoration process with detailed photos I will describe in another article.
What do you think, what award did I find that day?