In October 2015, a search party with metal detectors managed to find an abandoned German trench near Nevsky Pyatachok, (St-Petersburg, Russia). After the excavation of this trench, a truly amazing relic was found at its bottom – the remains of a German paratrooper of the 7th parachute division who died here during the World War II in the battle for the Nevsky patch in the period from September 1941 to February 1943. Photo in color (18+)

The headquarters of the 7th Division was formed on September 1, 1938 in Berlin, before the outbreak of the World War II. It was responsible for leading all paratroopers in the German Air Force.

On September 24, 1941, the 7th Air Division received an order to be sent to the Eastern Front, near Leningrad (Leningrad Front). 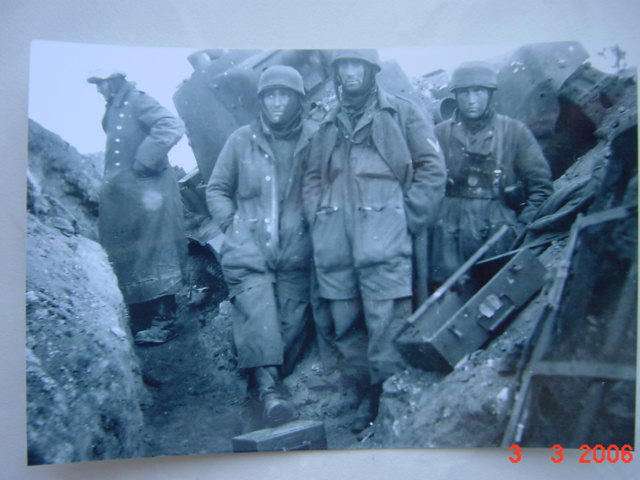 Paratroopers of the 7th parachute division in the battles for Nevsky Pyatachok. Photo by Sturm / forum WW2

On September 29, 1941, two regiments (1st and 3rd) of that division took up defensive positions in the front sector near the Neva River (Nevsky Pyatachok). These regiments participated in hostilities (as infantry) until mid-December, then after exhausting battles they were sent to rest in Germany. Since November 1941, the 2nd regiment of the division fought (also as an infantry) to the south, in the Volkhov area, and was sent to rest in June 1942.

Battle for the Nevsky Pyatachok

On September 8, 1941, German troops, having captured Shlisselburg, closed the blockade ring around Leningrad. Immediately after that, the Soviet command set the task of breaking the blockade before the troops of the Leningrad and Volkhov fronts. Thus, a bridgehead was formed on the left bank of the Neva during the Second World War, near the village of Moskovskaya Dubrovka, controlled by Soviet troops from September 1941 to April 1942, and from September 1942 to February 1943. Coming from here, units of the 8th and 67th armies planned to link up with the units of the Volkhov Front, thereby breaking through the blockade of Leningrad.

Memories of a soldier of the red army

“By the time our company disembarked, all the trenches and communications were filled with the frozen corpses of soldiers. They lay on the entire area of ​​the Nevsky Pyatachok, where they (a soldier of the Wehrmacht or the Red Army) were overtaken by a bullet or splinter. It’s hard to remember it, but it was like that: the shelter, in which my two comrades and I had a chance to stay, was assembled (roof and walls) from numb corpses, the walls were partially lined with corpses, holes for firing from machine guns and carbines were equipped between the corpses of the soldiers which laid along the trenches instead of an earthen embankment that protected us from bullets and shell fragments. The entire area of ​​the Nevsky Pyatachok was a cemetery of unburied soldiers and officers ”(from the memoirs of Yuri Poresh, a participant in the battles on the “ Nevsky Pyatachok ”). 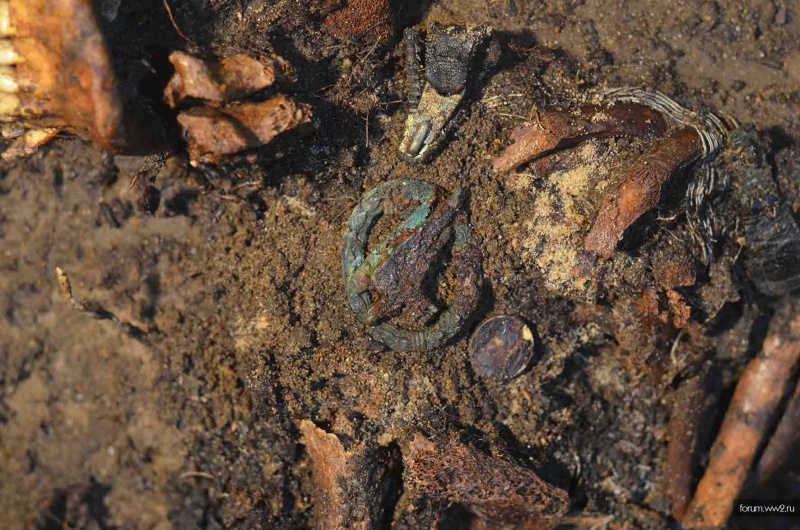 A very interesting feature of the find. The found paratrooper was carrying a belt on which hung a bayonet knife. But the belt buckle was not the Luftwaffe or the Wehrmacht. He had on himself a real relic – the buckle of the USSR navy. 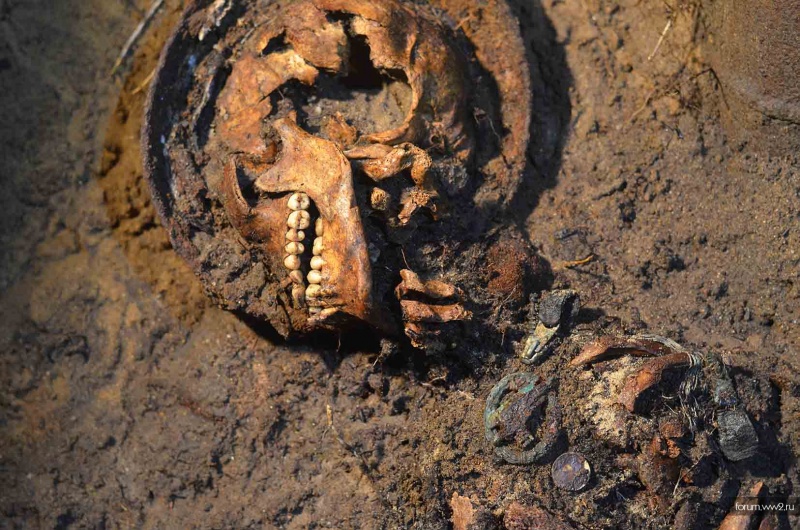 Another equally interesting relic that was found during the exhumation of a paratrooper is the Parachutist Badge. The fact that the deceased soldier was awarded it says not only about his experience and military skill, but also about the fact that he participated in the battles of the World War II (perhaps in the Battle of France or the island of Crete) and more than once made parachute jumps in combat conditions. 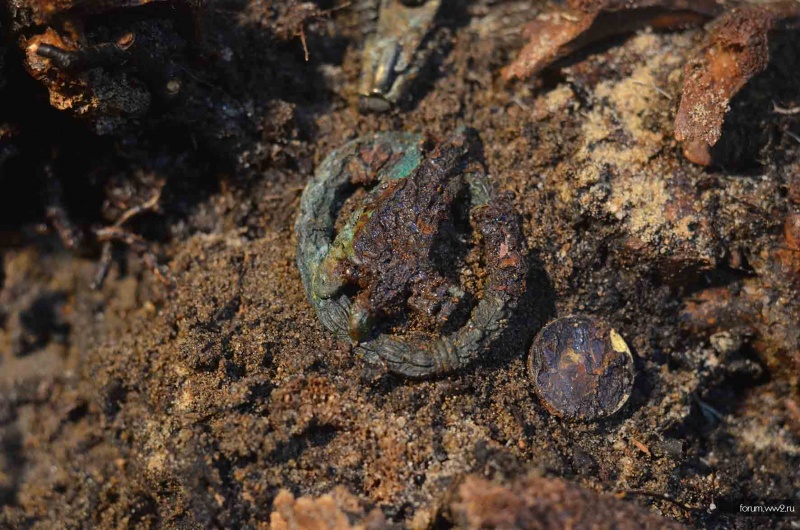 Who could be awarded this badge? In total, about 32,600 Parachutist Badges were awarded.