An amazing WW2 relic found in the near of St. Petersburg. German helmet M42 in perfect condition.

This relic was found a few weeks ago in the vicinity of the city of St. Petersburg (During the Second World War the city was called Leningrad) by a search squad named after Yuri Gagarin. The state of the relic (Helmet M42) is ideal because it has been lying in a swamp for about 75 years at a depth of about one meter (since the world war 2). Most likely, it can be assumed that the helmet was lost or thrown out by a German soldier during the retreat from Leningrad.

The helmet was found in winter with the help of a metal detector, which made it possible to cut down a thick layer of ice above it and pull the relic from the water to the surface. On the right side of the helmet you can still see the pattern (decal) in the shape of an eagle sitting on a swastika. This sign denoted all helmets of the ground forces of the Nazi Germany-Wehrmacht. 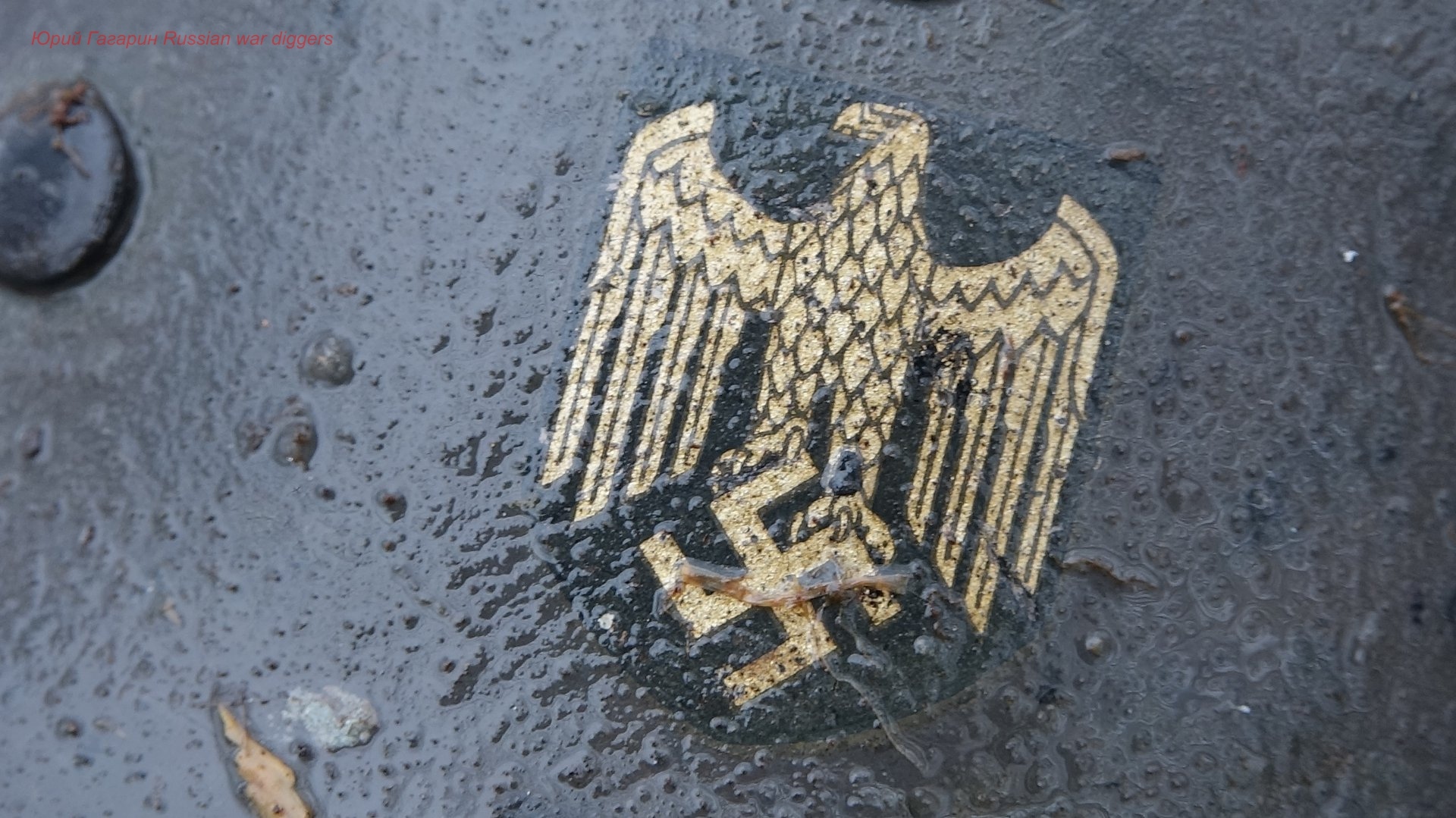 How were decals applied to German helmets?

This decal is so well preserved because the decals of German steel wartime helmets had a multilayer structure, and one of the layers was aluminum. This gave the decals a metallic silver color. This is especially noticeable on the Waffen SS emblems, which used a silver field.

Real “face down” decals were made on large sheets, which were cut into separate parts immediately before application to the helmet. The front side of the decal, as already mentioned, was in direct contact with transfer paper. In order for the image to be positioned correctly on the surface, a decal outline was drawn on the transfer paper. That’s why 75 years after the helmet was drowned in a swamp, we can still see the picture on this relic of World War 2.

The 1942 helmet (Stahlhelm Modell 42) is an infantry helmet approved as the standard combined arms helmet of the Third Reich armed forces in the summer of 1942.

The mass production of helmets of this type was discontinued in late 1944 – early 1945, after most manufacturing enterprises were controlled by the countries of the Anti-Hitler coalition or in the frontline, and the remaining ones were reoriented to the production of other products. 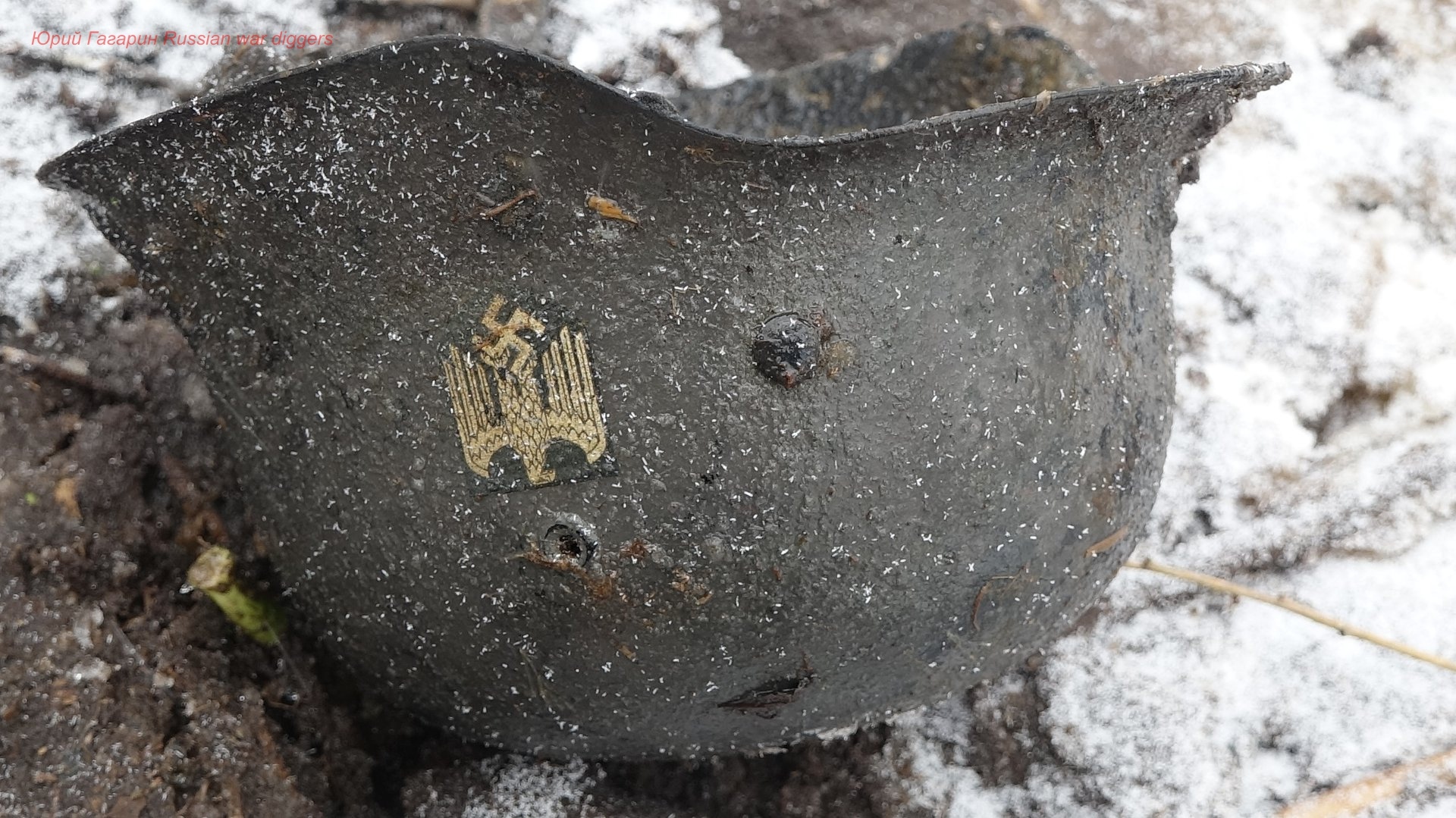 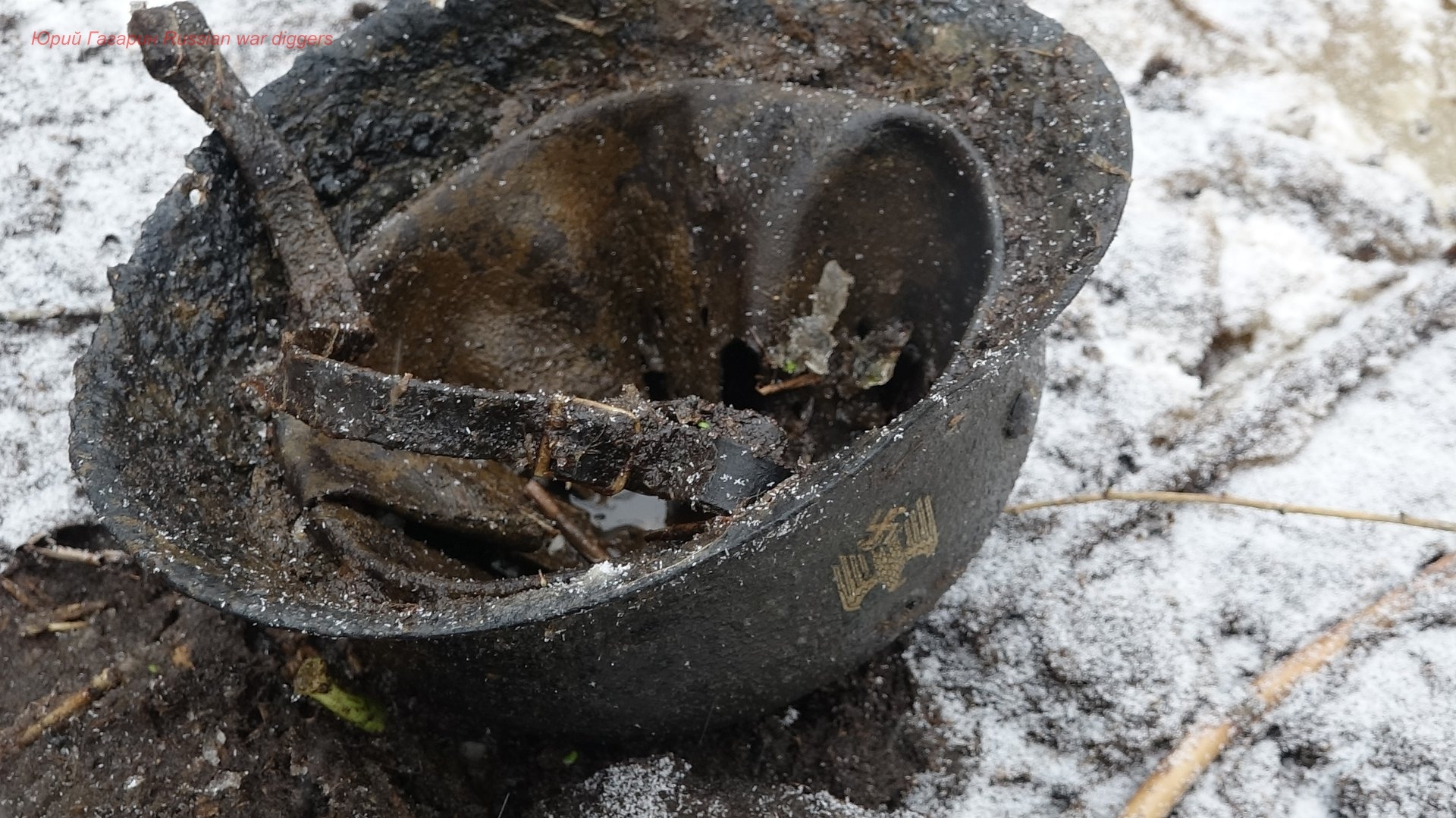