Most digs require a huge time commitment (the soldiers exhumation takes a lot of energy). The dig alone is a massive investment of time, and that’s not counting all of the research beforehand. This is why this story stands out among the rest:

While digging for Red Army soldiers near a small village, an old woman came up and told us about a completely separate grave from the ones we were searching for: a single German solider’s grave dated 1943. We automatically knew that she wasn’t mistaken about his nationality, as the only the Red Army soldiers who died in this area died in 1941 defending their positions.

While it isn’t rare to find German graves, this particular find was incredibly unique. This soldier — a member of an invading army — has been lying in the courtyard of this family all these years. But at the same time, he was a man, and a dead man at that, and there’s no risk of some sort of violent political uprising from him. And because of that, the locals have kept his grave neat and tidy.

In fact, the old woman’s mother witnessed this German soldier’s death. He died near the road in defense of the village. His fellow soldiers gave him a standard soldier’s burial: at a depth of about 40 cm, with his legs toward the road. What a unique experience. 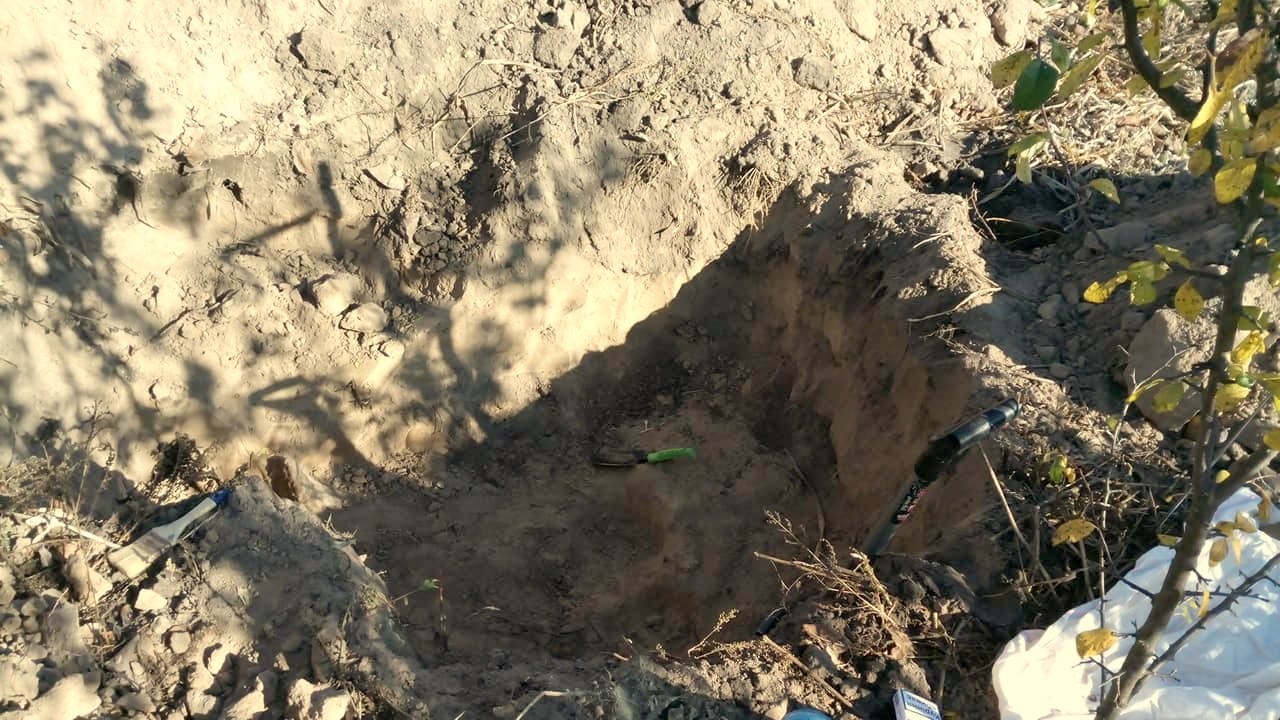 The beginning of the excavation.

The first thing we found was the leather boots he’d been buried in. 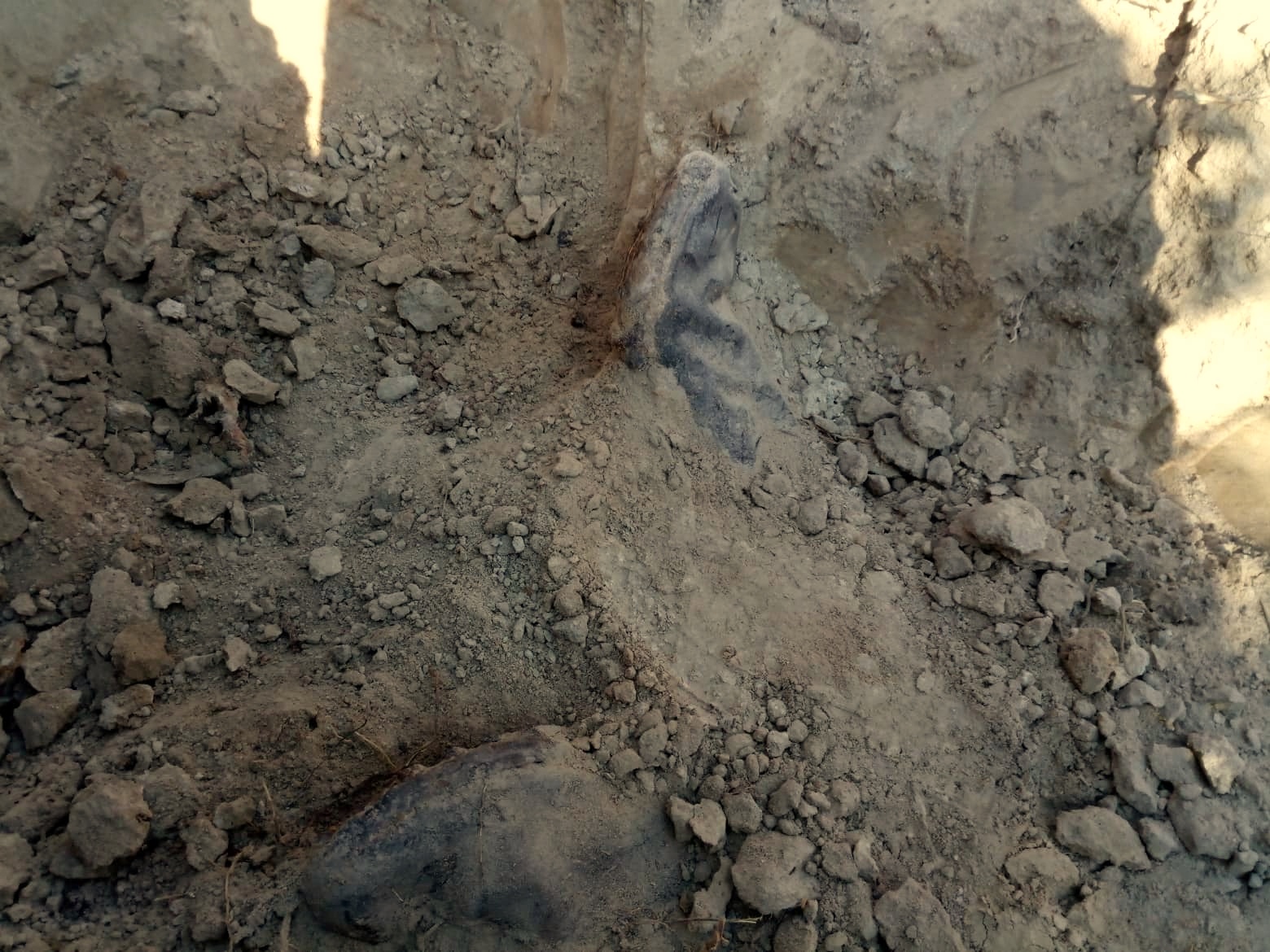 Leather boots were found in the grave. 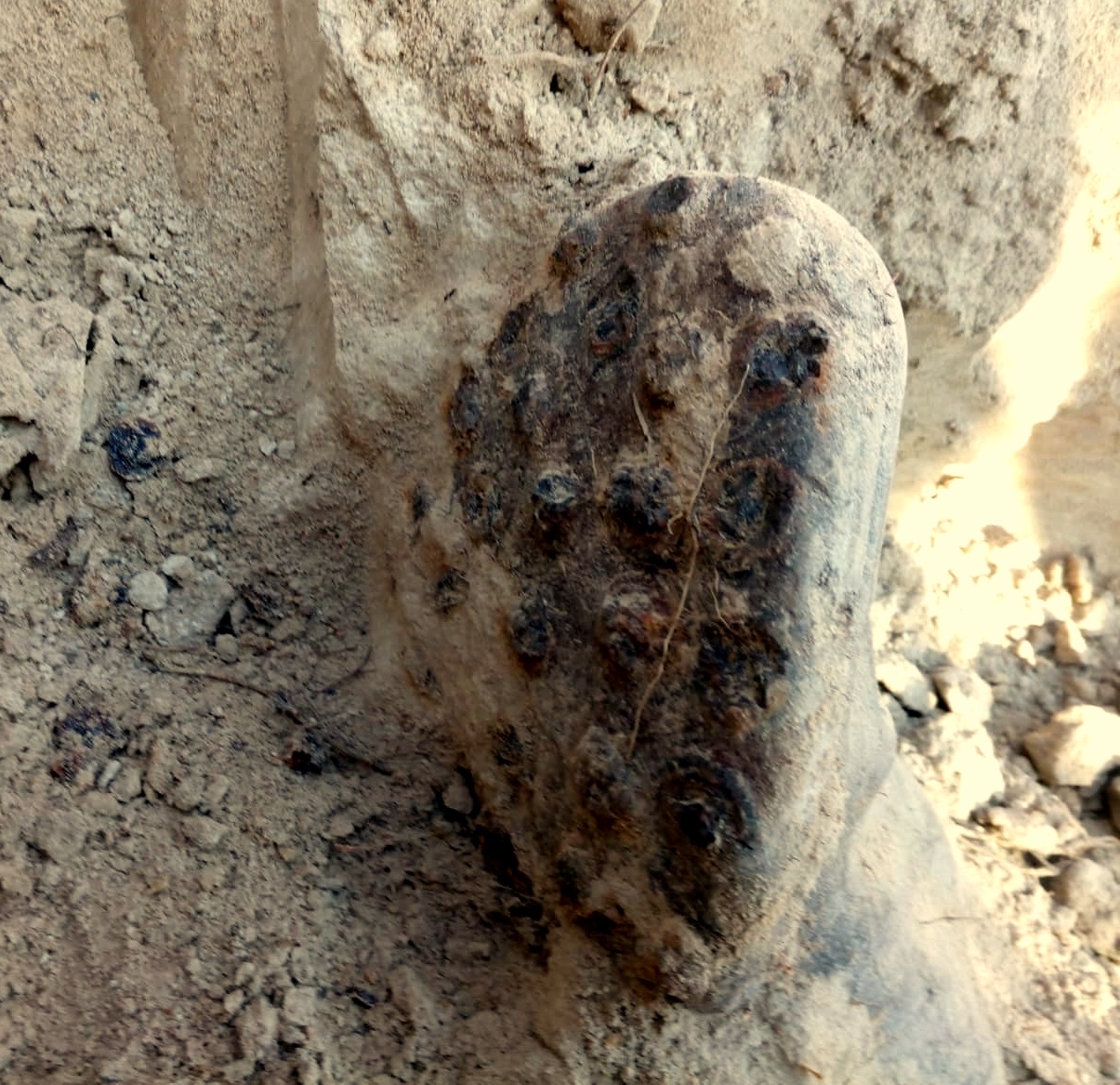 Typical German boots with metal inserts on the sole. 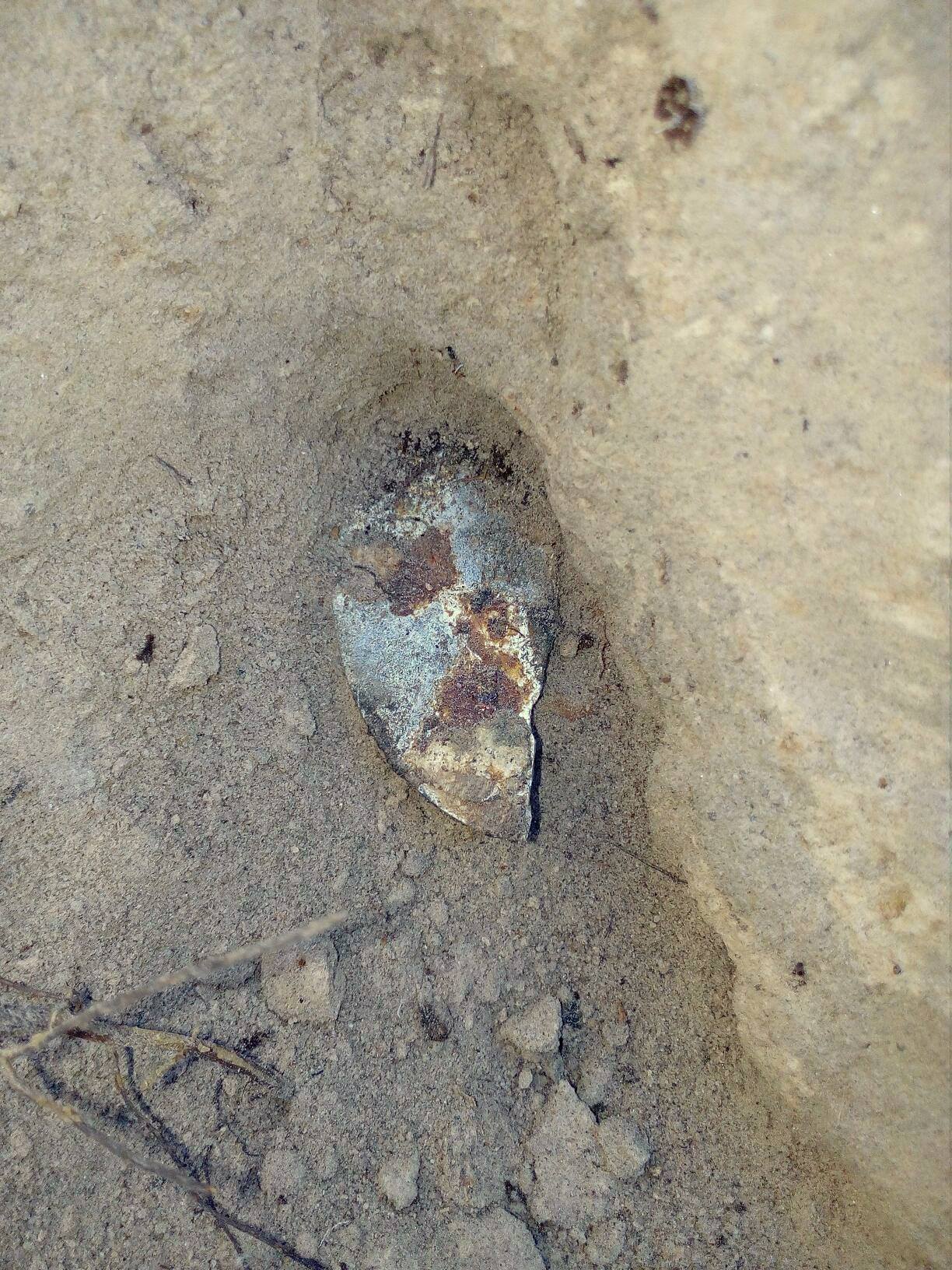 Half of the soldier’s name tags, the other half was taken away by those who buried him. 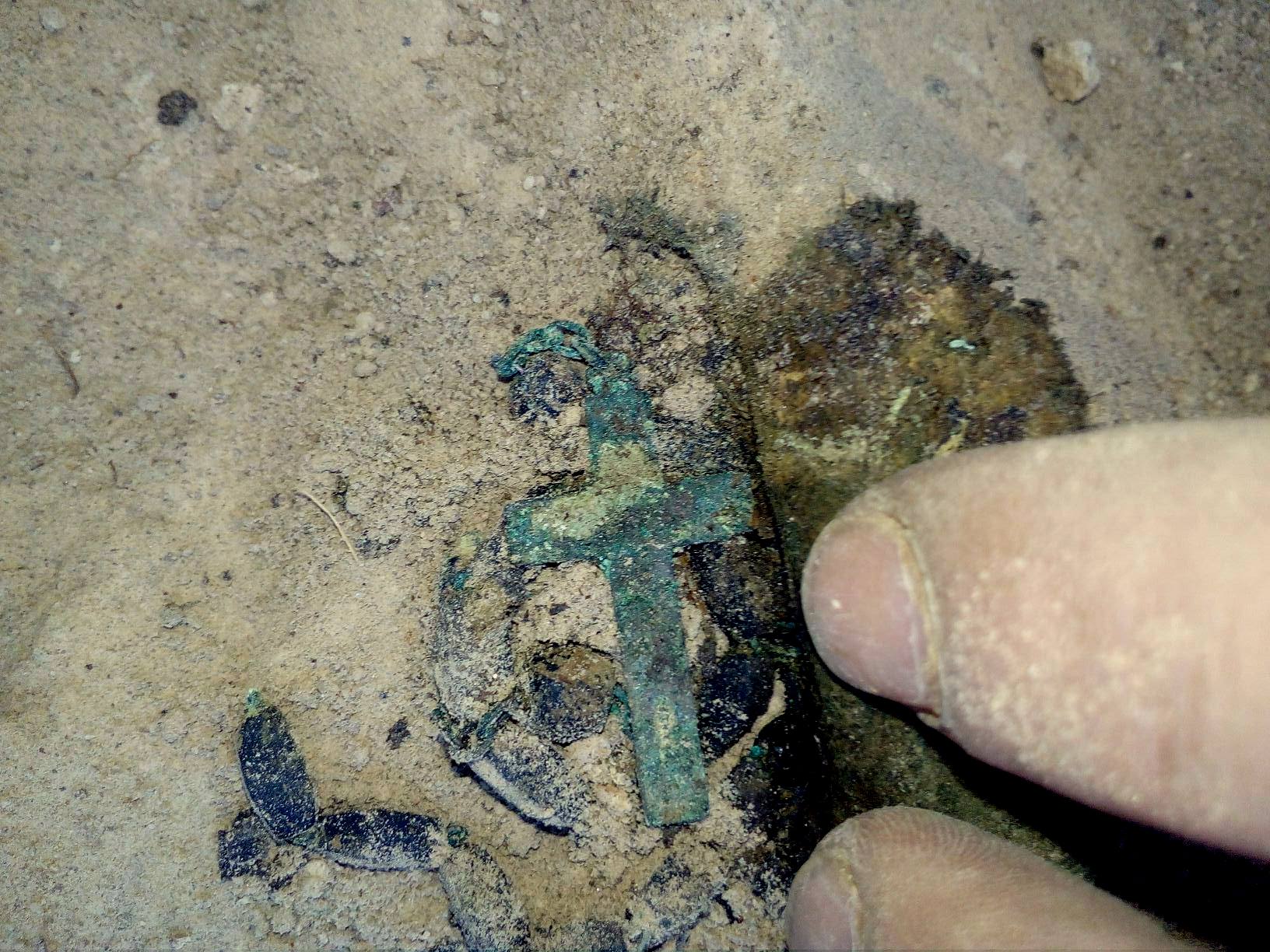 Catholic cross was found in his pocket.

Read:  They returned from the war. 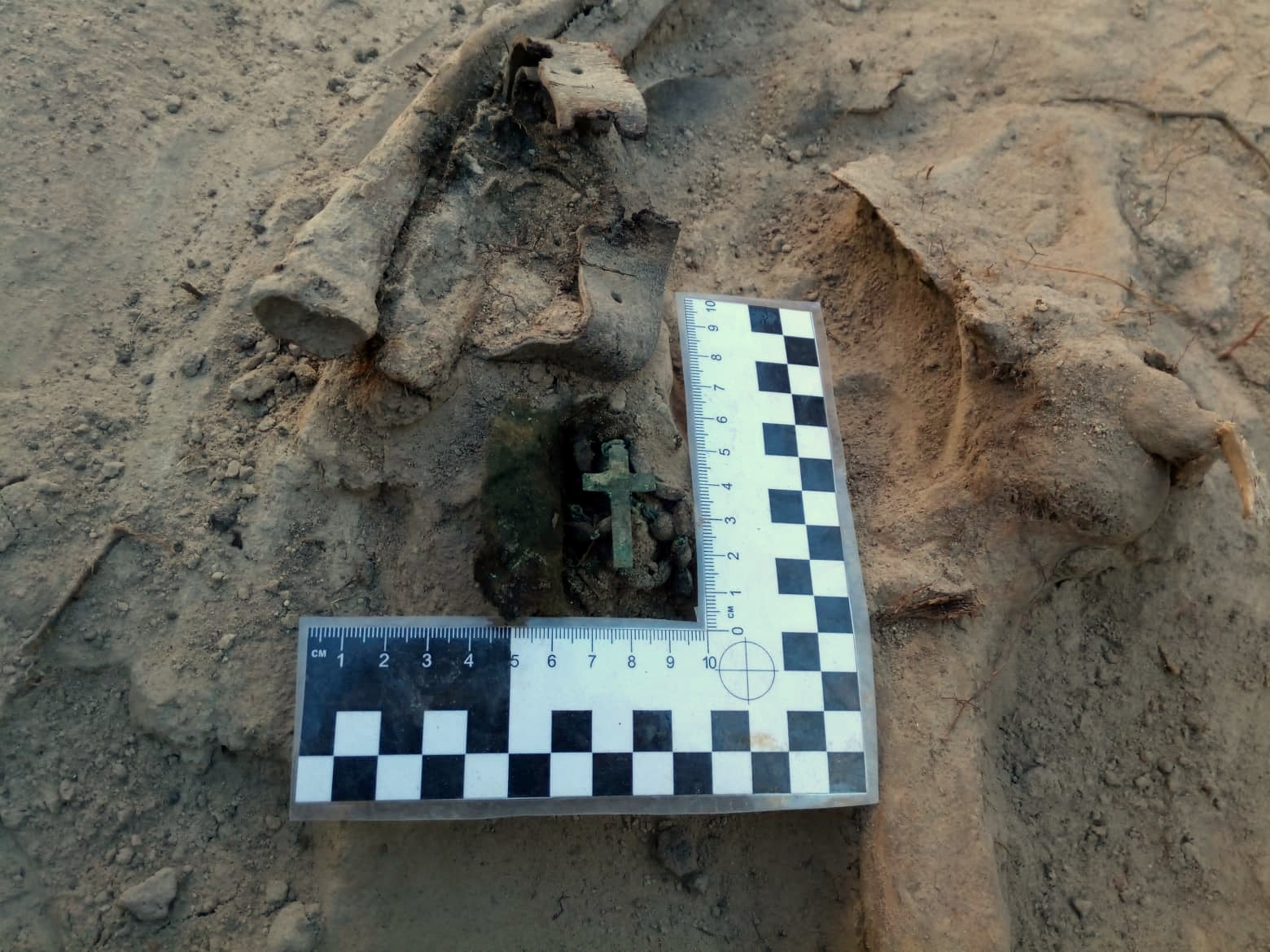 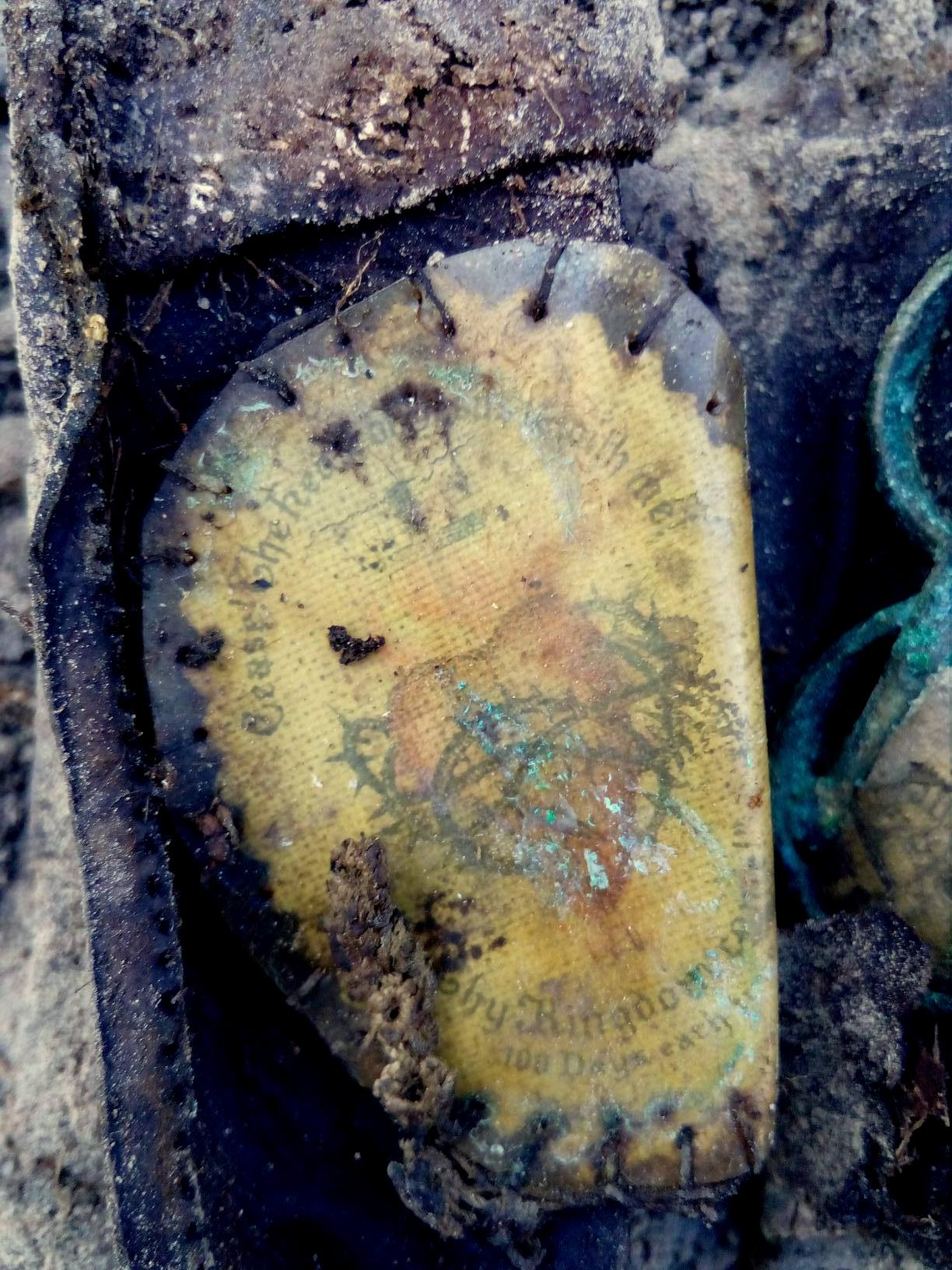 There was some church patch under the cross. 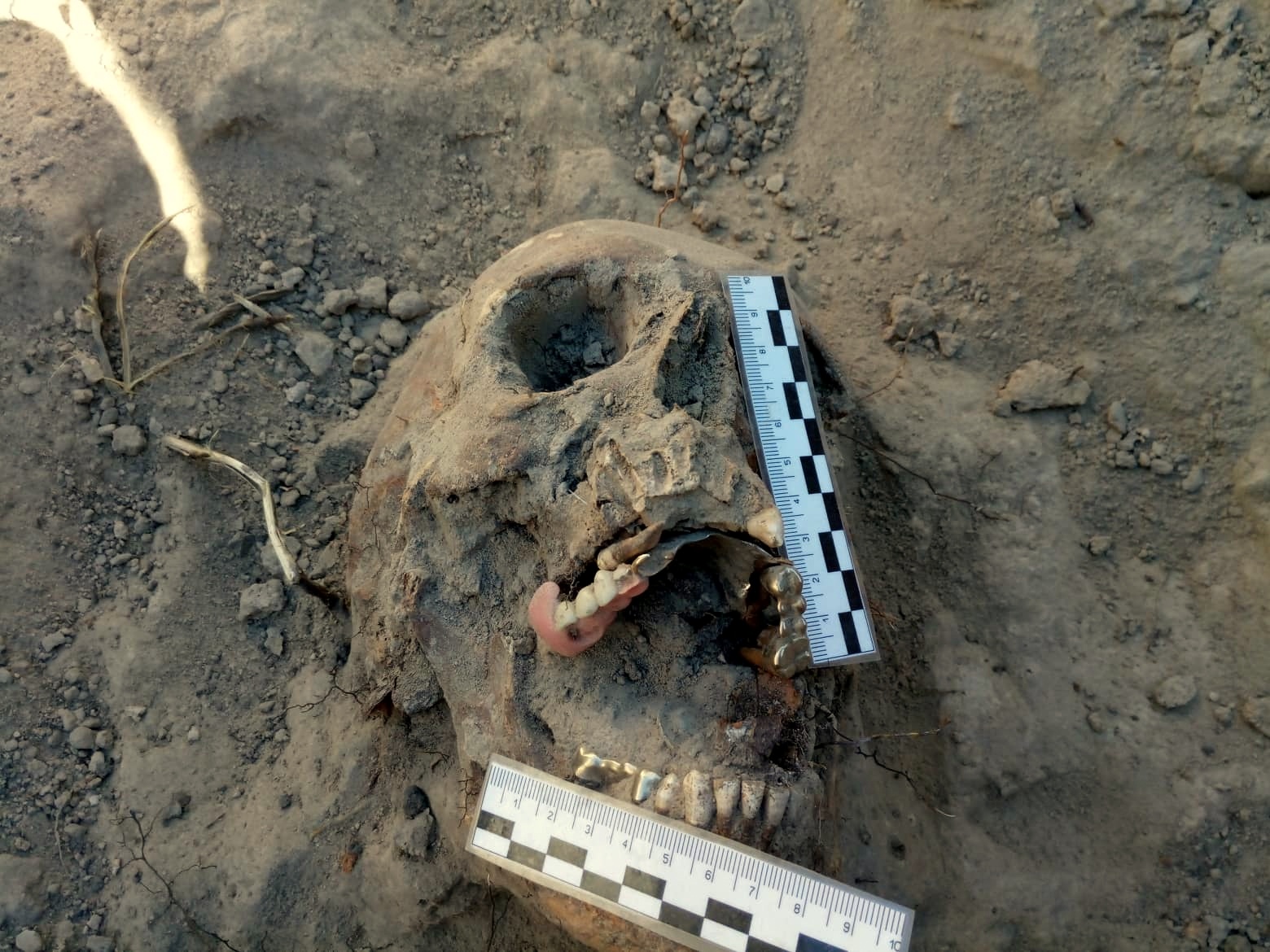 He was wearing dentures. 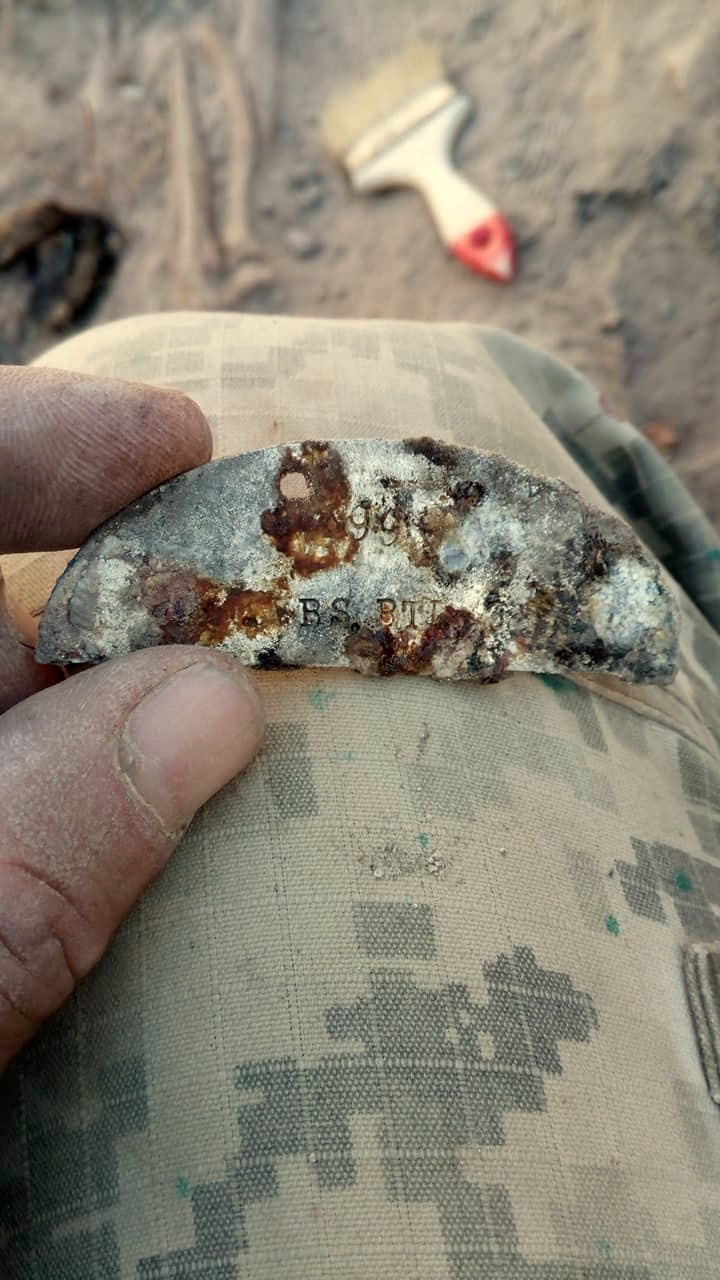 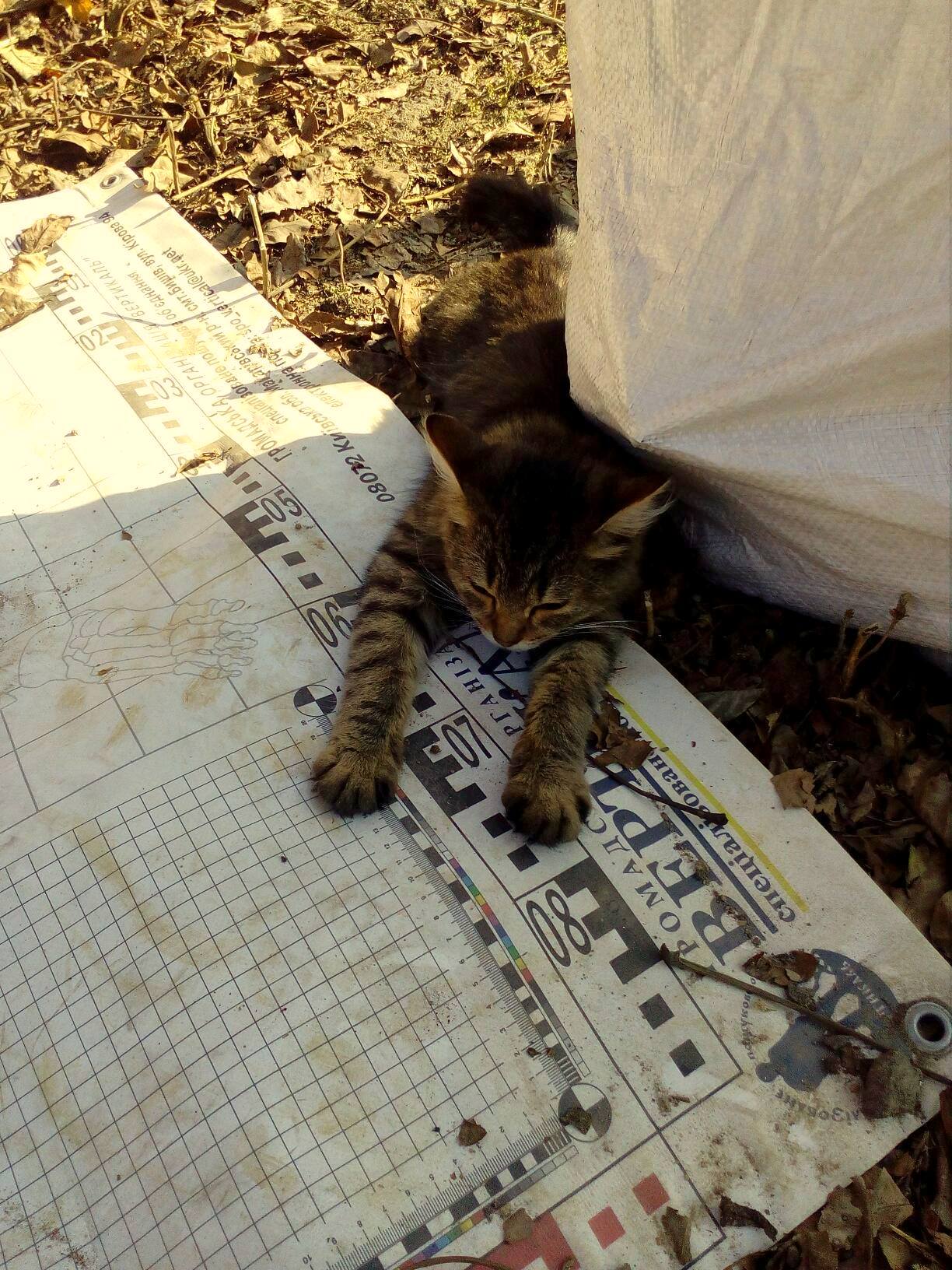 The remains of a German soldier with his belongings were transferred to representatives of the Volksbund.