Lieutenant Katin was born into a family of Russian peasants in Tatarstan. He received secondary education. In 1941 he entered the Kazan Aviation Institute. In August 1943 he went to the front.

Lieutenant Katin in Fight near the village of Pobeten

The commander of the machine-gun company of the 68th Infantry Regiment (70th Infantry Division, 43rd Army, 3rd Belorussian Front) Senior Lieutenant Nikolai Katin distinguished himself from March 3 to 4, 1945 in a battle for an enemy stronghold near the village of Pobeten (now the village of Romanovo, Kaliningrad region). 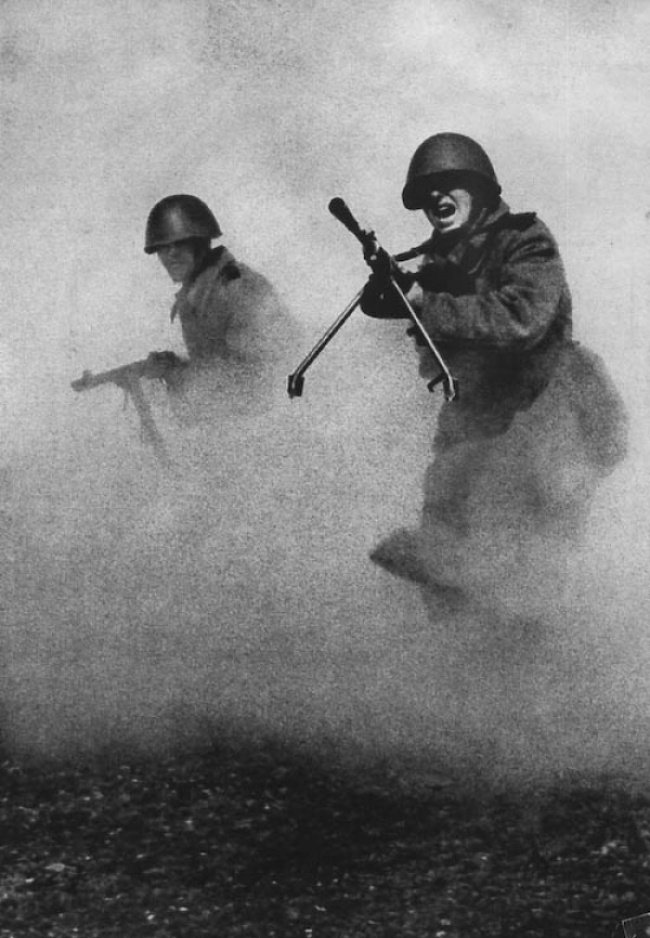 Soviet machine gunners in the attack.

Nikolai Katina’s company received an order to capture the height – the outcome of the offensive depended on this. The senior lieutenant moved forward with a machine gun, wedged into the enemy’s defenses. The enemy began to counterattack. The first attack of the Nazis was choked – the machine gun fired in precise, short bursts. The first counterattack was followed by several more. Katina’s crew allowed the Germans to approach 70-80 meters and conducted aimed fire. The precise blows of the machine gunner forced the enemy forces to retreat, which made it possible to eliminate a significant part of the group. In this battle, Nikolai Katin destroyed 30 Nazi soldiers and officers.

On April 7, 1945, in a battle for the settlement of Friedrichsberg (the village of Zelenoe in the city of Kaliningrad), Katin with a group of fighters seized the house.

Bursting into a heavily fortified stronghold, he cut off the retreat routes of part of the garrison. But there were too many Soviet fighters in this sector to achieve success. By midday the situation had changed. The Nazis surrounded several houses where our machine gunners sat down. The company held back their onslaught for three hours. Only two soldiers remained alive next to Katin. The senior lieutenant assigned them one of the machine guns, and he himself fired back from the second. The Germans were constantly shelling the house. 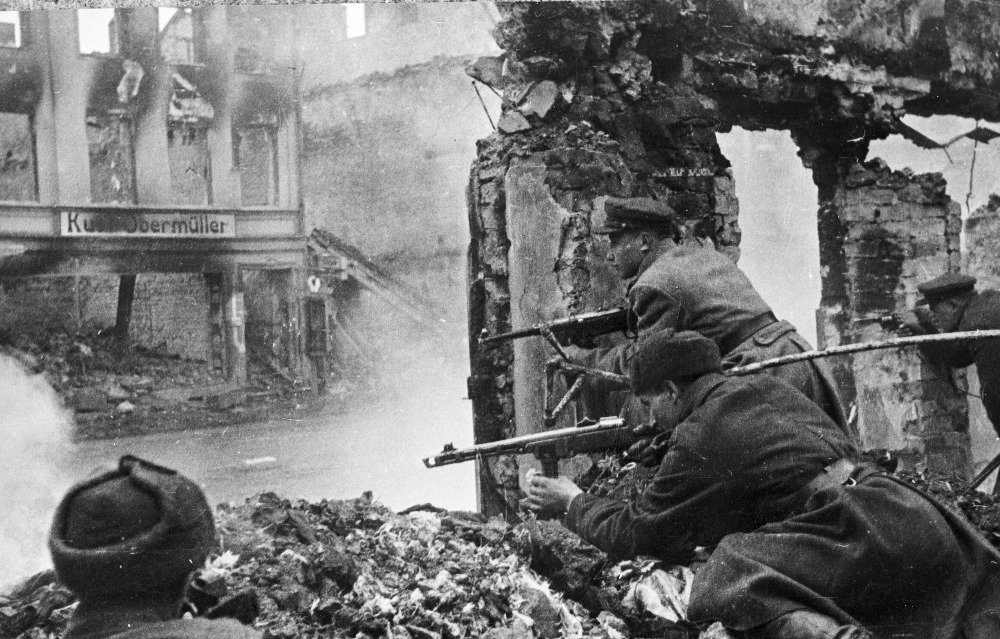 Soldiers fighting in the streets of Konigsberg.

After another explosion, the machine gun behind the commander’s back fell silent – his last crewmate died. Katin was forced to fire two machine guns at the same time, shelling both sides of the street. By the sixth enemy attack, the machine-gun belts ran out.

The Ferdinand self-propelled gun came close to the house and fired point-blank at the house. 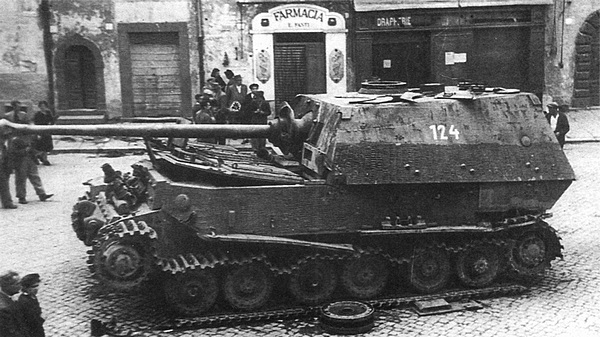 Using two grenades, Katin destroyed the self-propelled gun. As soon as the Nazis broke into the house, Katin threw a grenade at his feet. 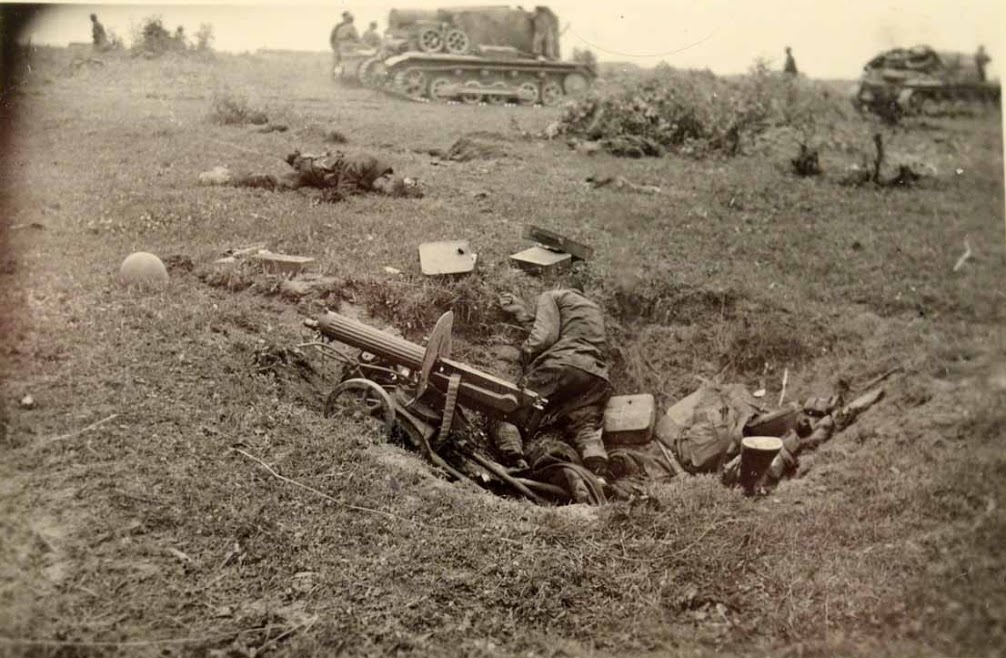 By the decree of the Presidium of the Supreme Soviet of the USSR of April 19, 1945, for the exemplary fulfillment of the combat missions of the command on the front of the struggle against the Nazi invaders and the courage and heroism shown at the same time, Senior Lieutenant Nikolai Andreevich Katin was posthumously awarded the title of Hero of the Soviet Union. After the end of the assault on April 9, 1945, Senior Lieutenant Katin was buried in a mass grave in the village of Pereslavskoye, Zelenogradsky District, Kaliningrad Region.

CATEGORIES BattlefieldBiography
TAGS Battlefieldww2 hero
NEWER POSTCannon carriage of the Cossack time was found at the bottom of the Dnipro
OLDER POSTKurt Knispel – how the rebel lived and how he died. We doubt its result