Imagine that you are walking through the woods and you find a whole Nazi plane. Incredible? This story began in 1989. A group of comrades decided to find a German Focke-Wulf Fw 190 aircraft in the swamps, which landed during World War II in a forest near the city of Kirishi (Russia, Leningrad Region). Friends managed to find the relic in an excellent condition rather quickly thanks to a couple of bottles of vodka and a local huntsman who showed the plane’s landing site deep in the swamps of the Leningrad front. 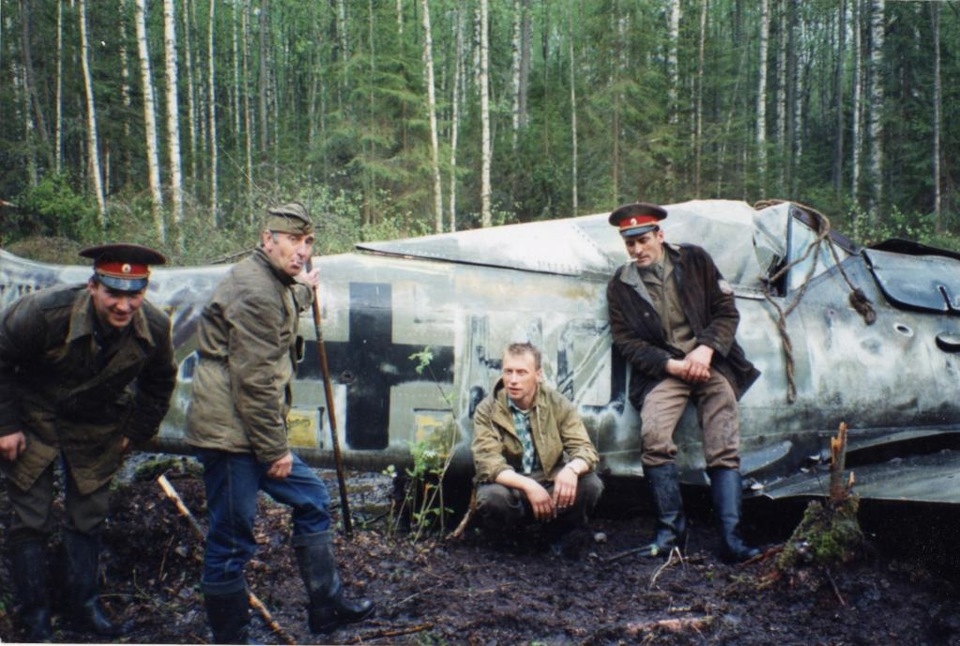 Feldwebel Paul Rätz, having received a task from his commander and having familiarized himself with the maps, got into the cockpit of his Fw 190A-5 / U3 WNr.1227, “White A” from the 4./JG 54, which was carrying a 250-kilogram bomb under the fuselage (550 pounds) and proceeded to make another sortie. On that day, two Luftwaffe aircrafts were flying on a combat mission; it was about 15 minutes of flight to the front line.

Focke-Wulf managed to cross the front line of World War II on the Dvina River, then they moved further east. Being behind enemy lines, somewhere in the vicinity of the village of Voybokalovo (about 100 km from St. Petersburg / then Leningrad), the planes attacked a Soviet armored train standing on a railway embankment, which was supposed to deliver supplies and food to Leningrad surrounded by German army. During the attack, this Focke-Wulf Fw190A-5 / U3 WNr.1227 aircraft was damaged by the fire of the Soviet anti-aircraft artillery (the guns were located directly on the armored train itself). One of the shells, according to the Luftwaffe combat magazine, hit and damaged the aircraft’s gas tank and wounded pilot Paul Rätz. 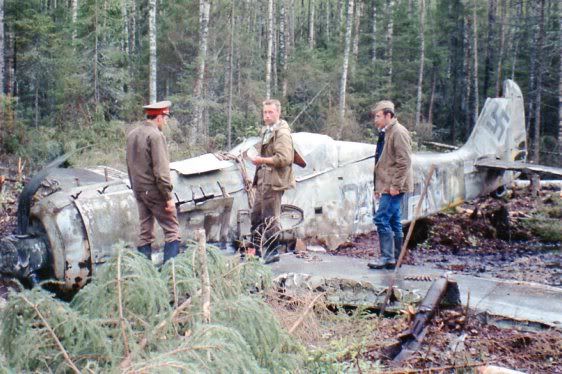 Although, when checking the plane, not a single hole was found from the hit of anti-aircraft artillery shells. According to the specialists who were engaged in the restoration of the relic, the plane crashed due to the catastrophic failure of the BMW801 engine caused by an ordinary rag inside it – experts suspect that the crash was due to the sabotage of the workers of the factory for the production of these engines, since a few days before its last sortie on Focke-Wulf installed a new engine that had just been brought from Germany. 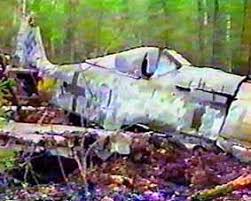 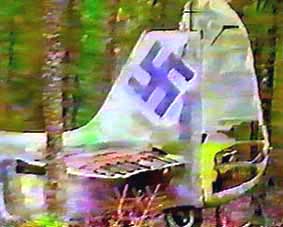 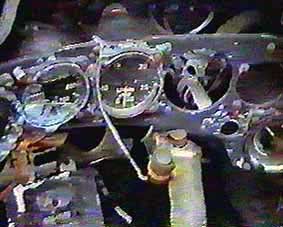 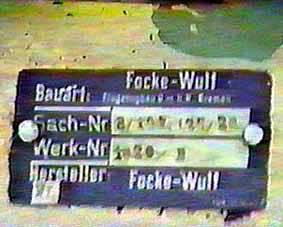 The pilot pulled to his airbase to the last, but having lost a lot of blood, he went to an emergency landing in the swamps. A downed Focke-Wulf Fw-190 aircraft landed on a swampy meadow in the middle of a forest.

The fate of the pilot

After landing the plane, pilot Paul Rätz took off his leather flight helmet (when the plane was found, the helmet was still on the pilot’s seat) and took out a first aid kit from the rear of the fuselage, later got out of it and headed west to try to cross the front line which was only 20 km from him, but according to some sources he did not succeed and he died on the way. In the Luftwaffe casualty report, he is still classified as “Vermißt” (missing). According to other sources, he was captured by the Soviet Union and survived it. In 1949 he was repaired to Germany where he lived until 1989 until he died of an illness. Paul Rätz was a member of the Luftwaffe airfield ground handling team before becoming a pilot for 1./JG54 in 1942 and 1943. He had several combat missions and air battles behind him. He won several of these battles, despite there were also three emergency landings due to enemy shells hitting his plane. Paul was best known as a stormtrooper pilot. It was transferred to 4./JG54 on July 9, 1943. Ten days later, on July 19, he was forced to land his Fw-190 in a swamp during a mission to attack a Soviet armored train.

The famous video of the find

Although this is an old video and it’s hard to believe in these frames, they captured the moment of the discovery of an incredible find made in 1989 (it was described above). An incredible relic of World War II was found in an incredible condition, with all parts of the fuselage and engine in place. And can you believe that the Focke-Wulf Fw 190 in the video can fly now? The aircraft can be seen in the Flying Heritage Collection in Everett, Washington, USA. It is currently the only Fw190 in the world to be powered by the original BMW 801 engine.

Restoration showed that this Focke-Wulf Fw190, most likely, as already mentioned in our article, crashed due to sabotage by the worker assembling the engine. This unit was installed on the plane 2 days before its last flight, and the oil lines turned out to be blocked by rags inside it. In the factories of the Luftwaffe, the labor of prisoners and forced laborers from all over Europe (Poles, French, Italians and others) was often used, so sometimes sabotages happened on such objects. The restoration of the combat aircraft has already been completed; after almost 70 years, the relic is again rising into the sky.

The plane was sold and put under restoration in the United States, after which it was completely restored and took off again! 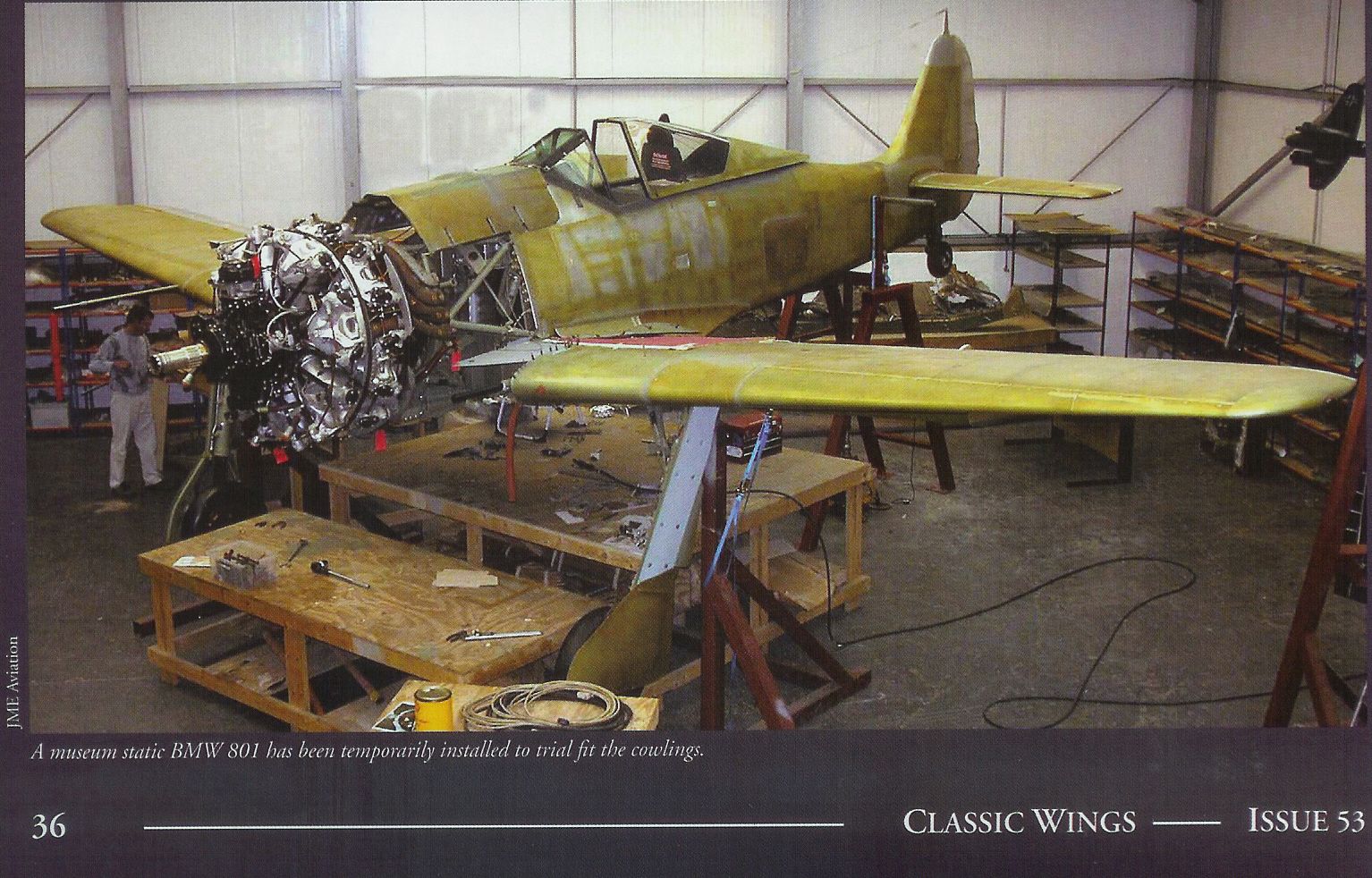 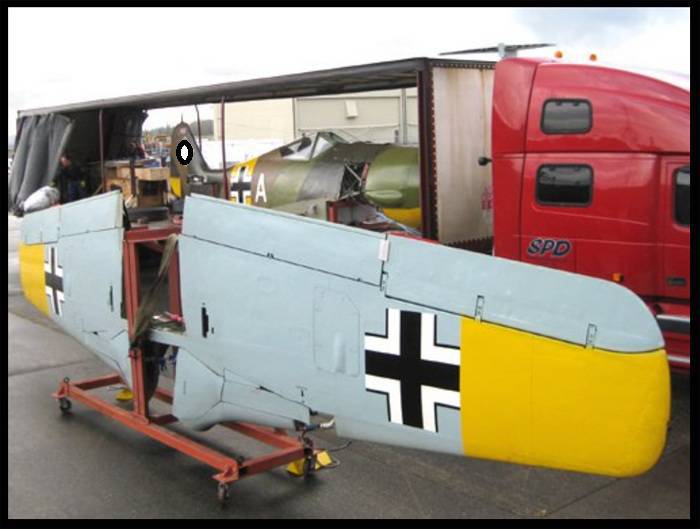 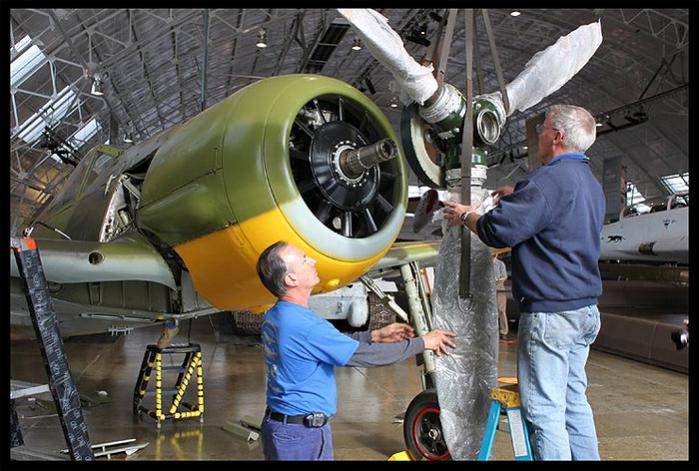 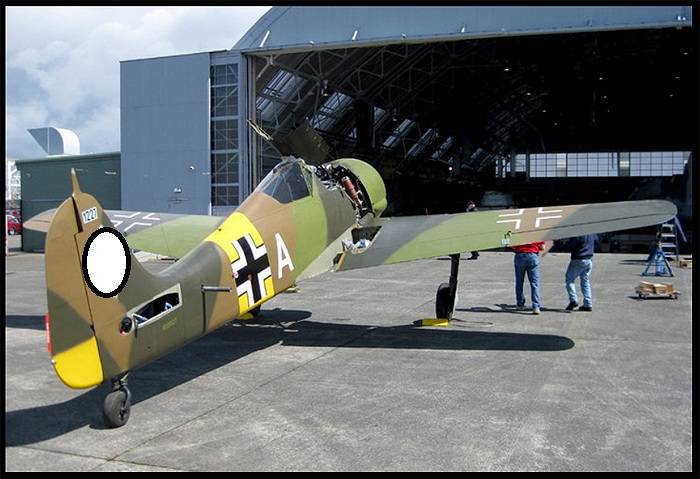 The first flight of the found Focke-Wulf Fw190

After several years of hard work by a whole team of specialists and more than 1 million dollars of investments in the restoration of the relic, the legendary German Focke-Wulf aircraft, produced in the 40s of the XX century, was able to take off more than 70 years after the forced landing of the pilot Paul Rätz in the swamps of the Leningrad front into the sky. The photo captures footage of the first minutes of the flight. 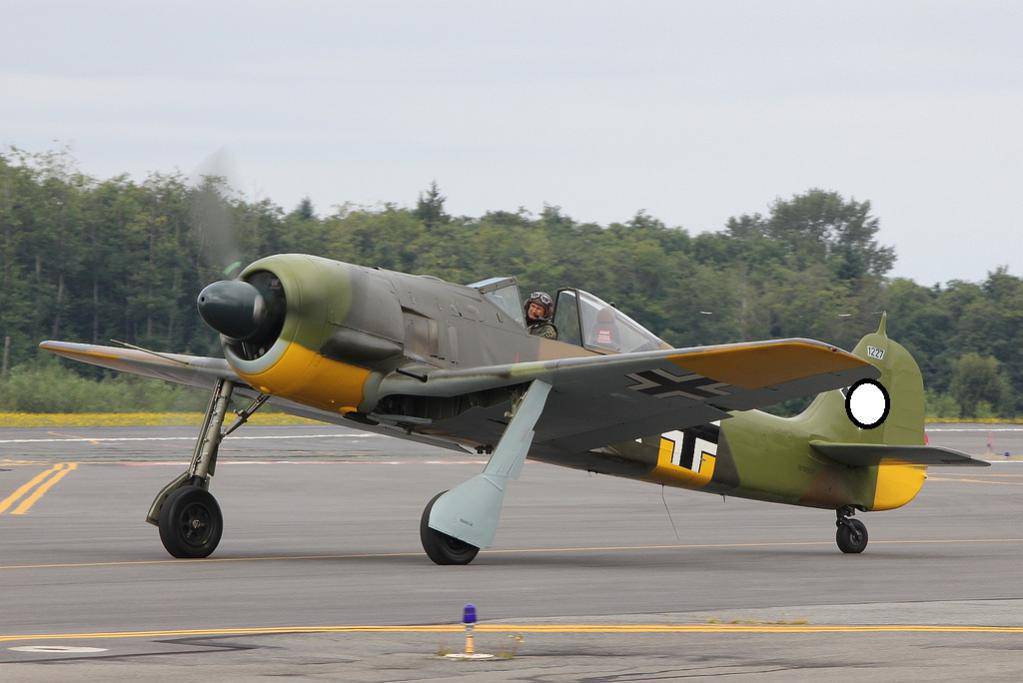 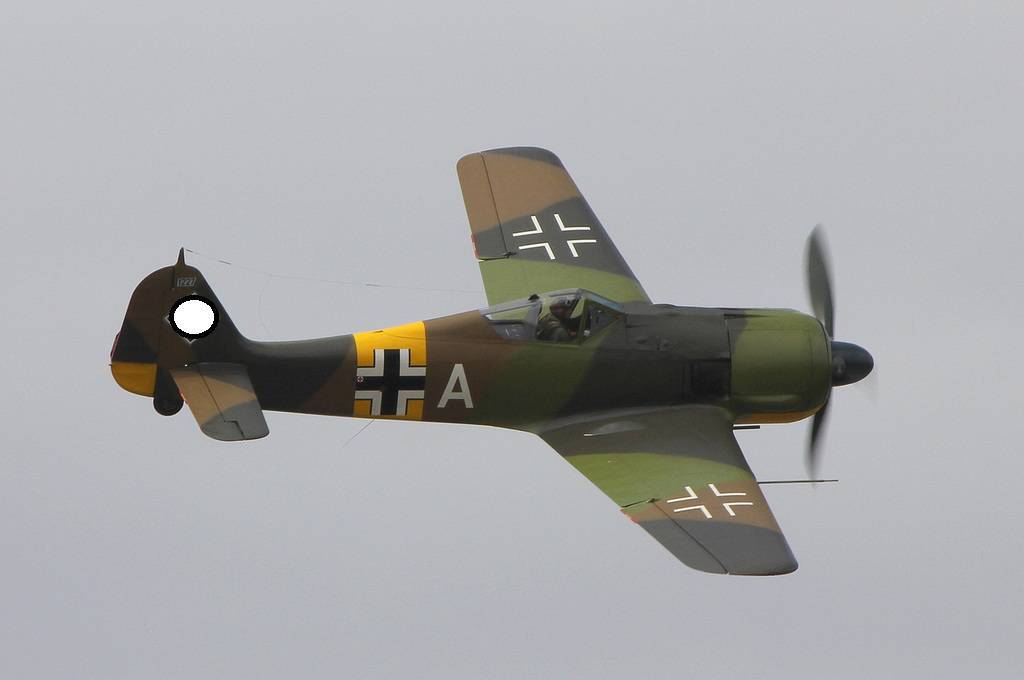 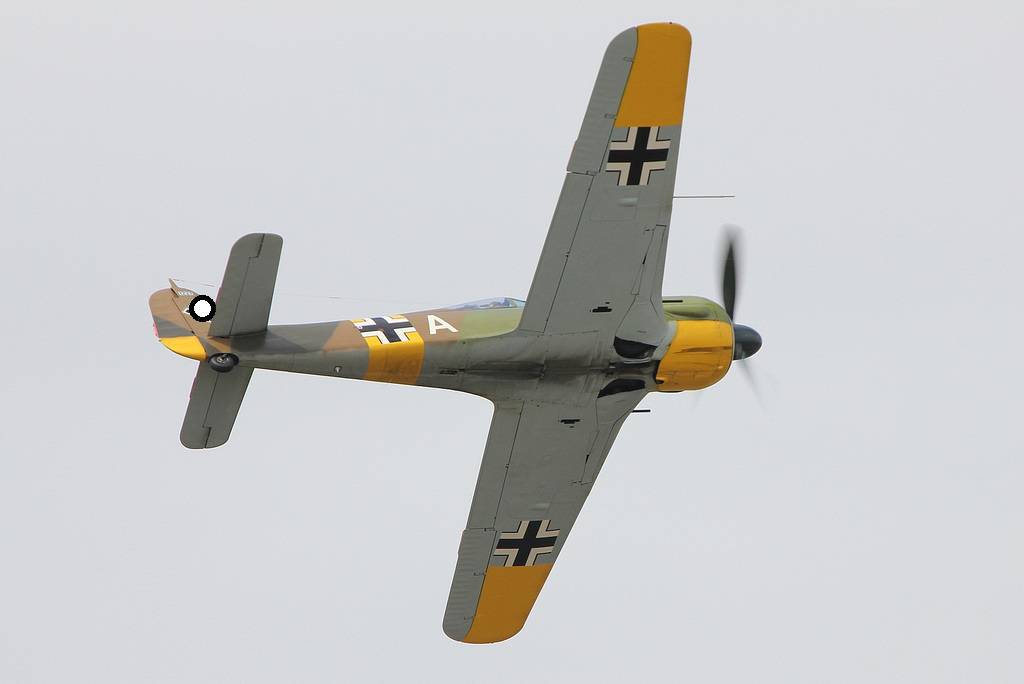 CATEGORIES All FindsFound tanks/planes/artillery
TAGS aircraftFocke-WulfRussiaswamp
NEWER POSTBorgward truck during the World War II found at the bottom of the lake
OLDER POSTPreparing for Operation Overlord. Unique photos in color