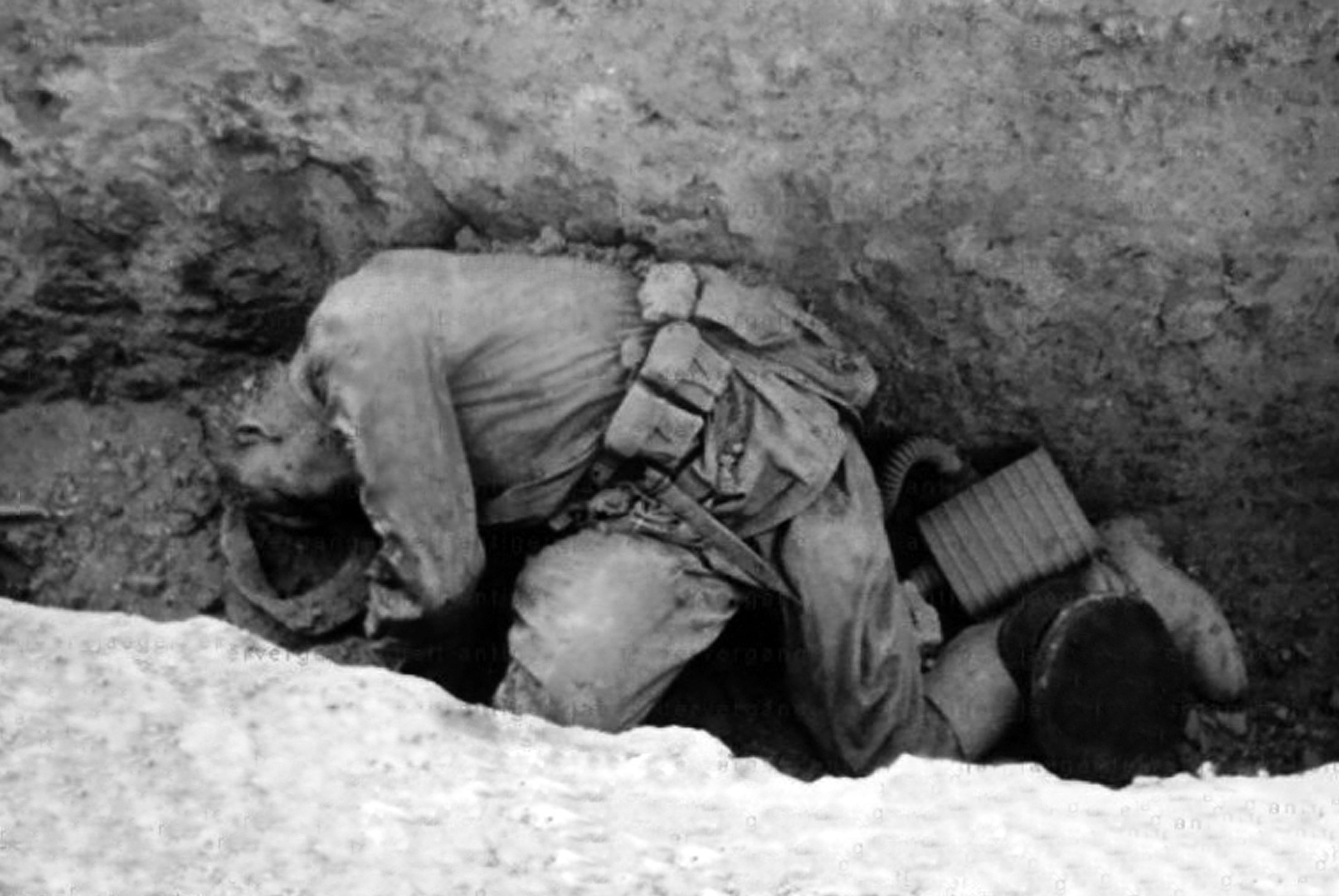 Dead soldier of the Red Army in his trench. Photo chronicle from WW2.

The summer of 1941 became tragic for the Red Army. Many young men left their dreams and hopes on the battlefields, forever remaining in the trenches. I will not go into the reasons for such great losses of the Red Army at the beginning of the war, I just want to tell you about one soldier.

Remains of a soldier on the field near the village. 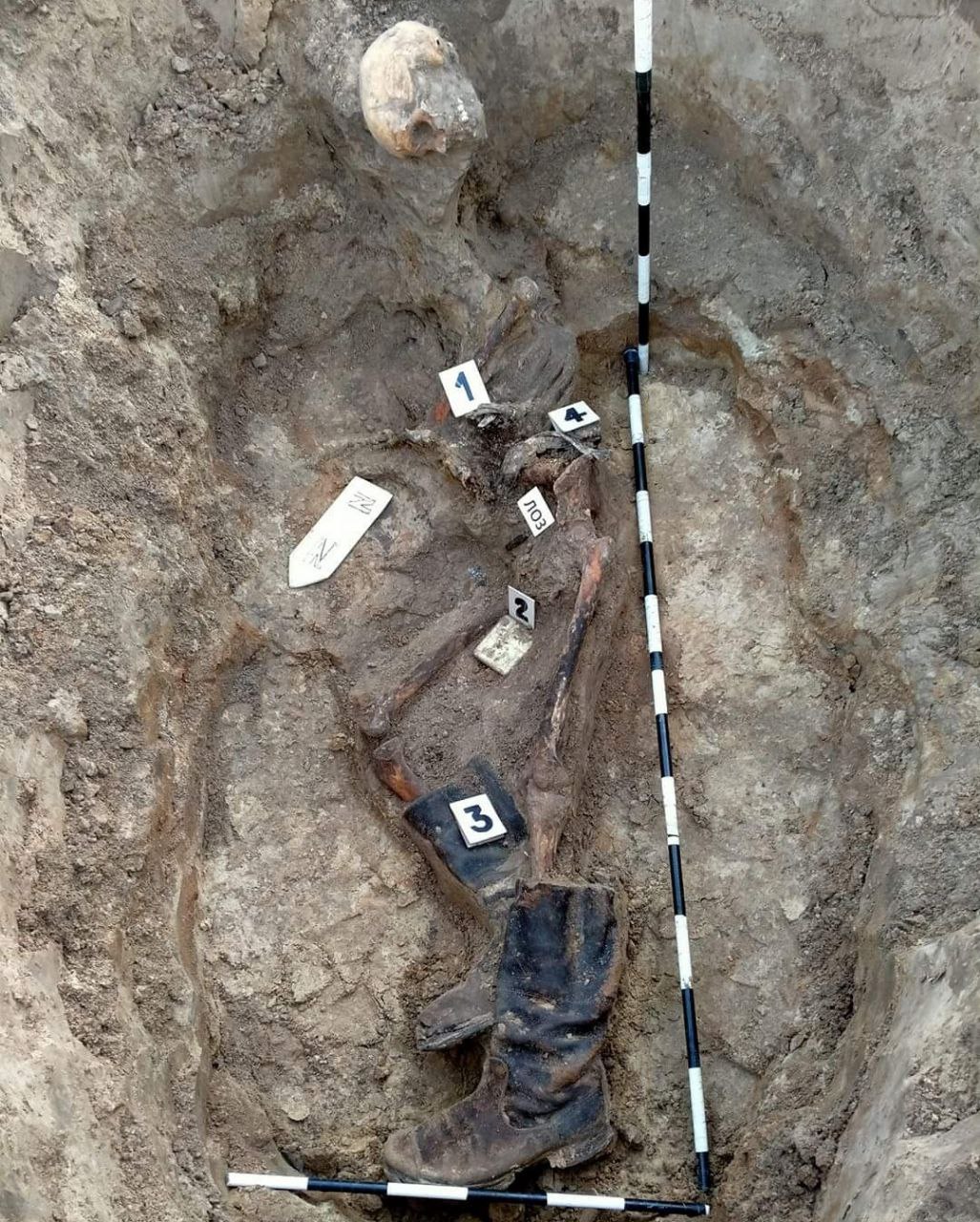 Body of a soldier lay at a depth of 70-80 centimeters.

This soldier was discovered by chance. The guys looked for ancient relics and coins with a metal detector, but that day, they met with a participant in the long-standing battles of the WW2. As soon as they saw the bones, they stopped excavating and contacted us.

Arriving at the place, we set to work. With the help of a metal detector, we determined that there are several metal objects in the earth. One was approximately in the pelvic area. Another object most likely in the chest area.

When the bones were completely cleansed from the ground, it became clear that this soldier died as a result of artillery fire of German soldiers. His head was torn from his neck. There were many shrapnel wounds all over the body. 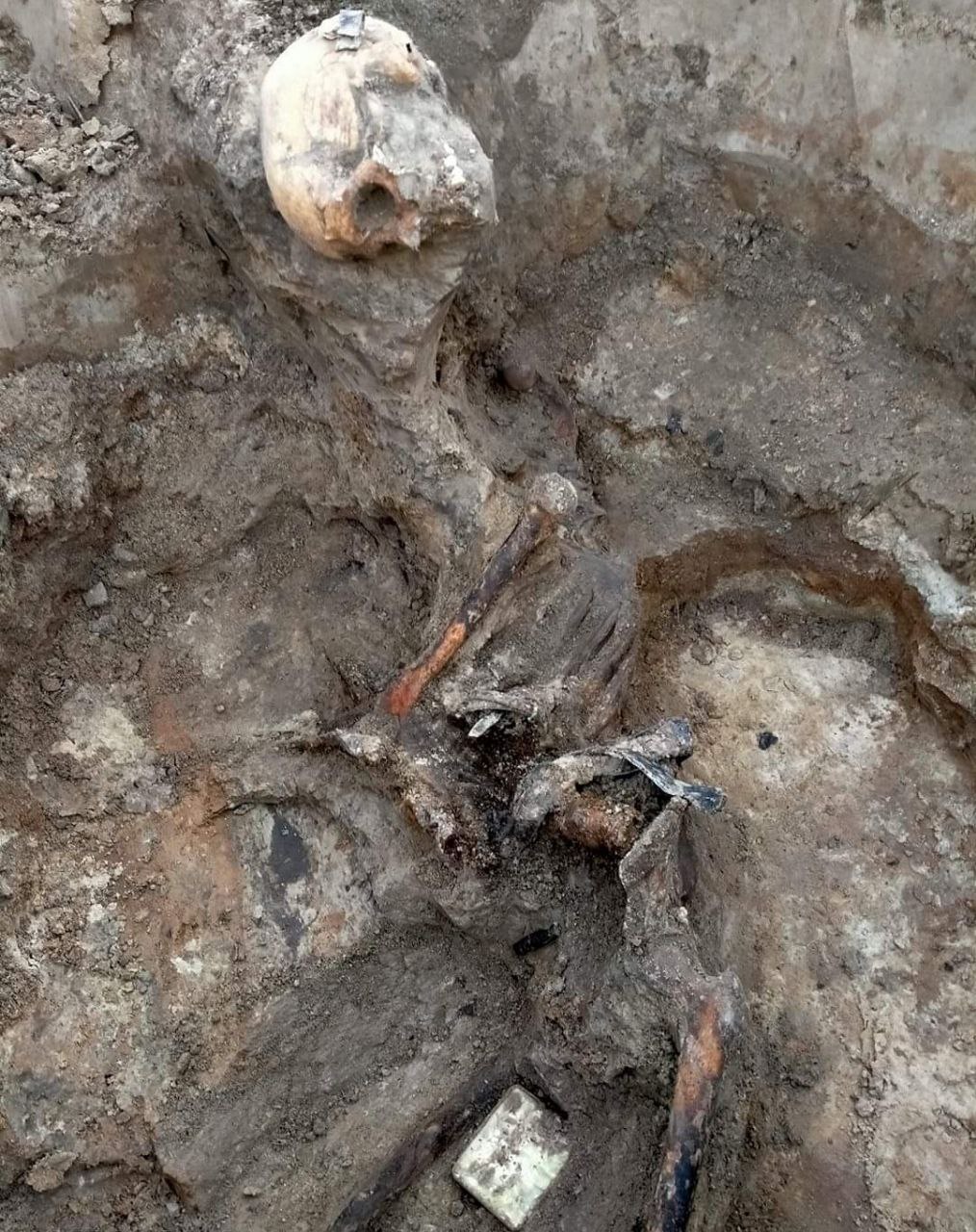 His head was torn from his neck. 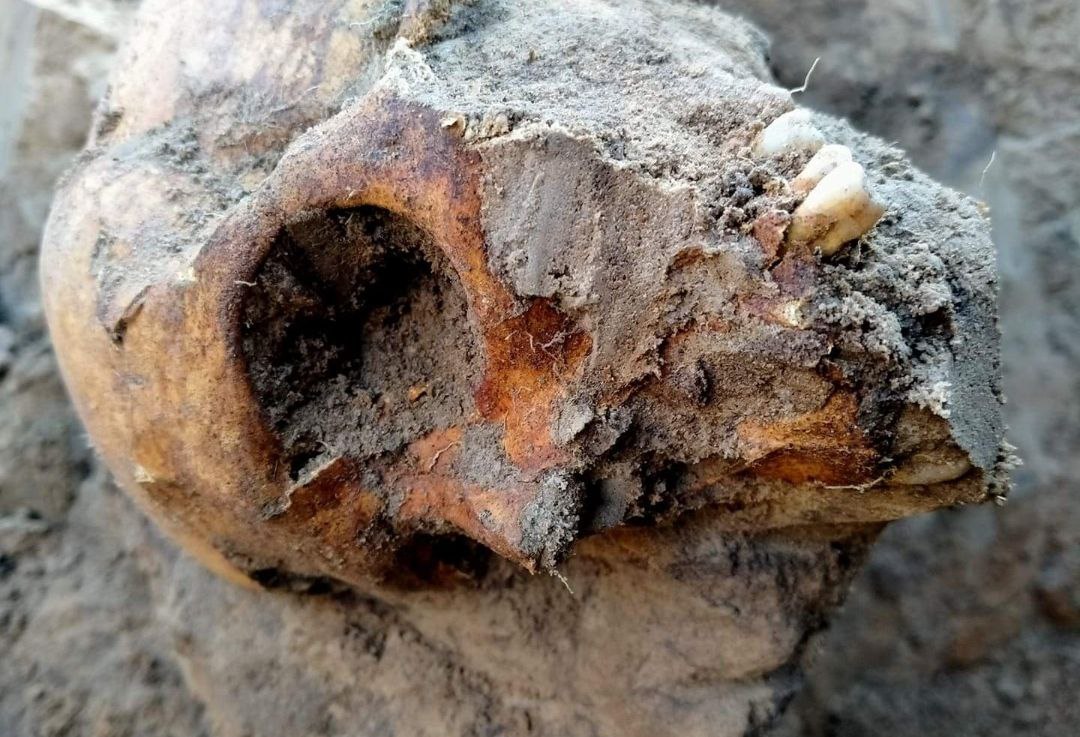 He will never see the sunlight again … 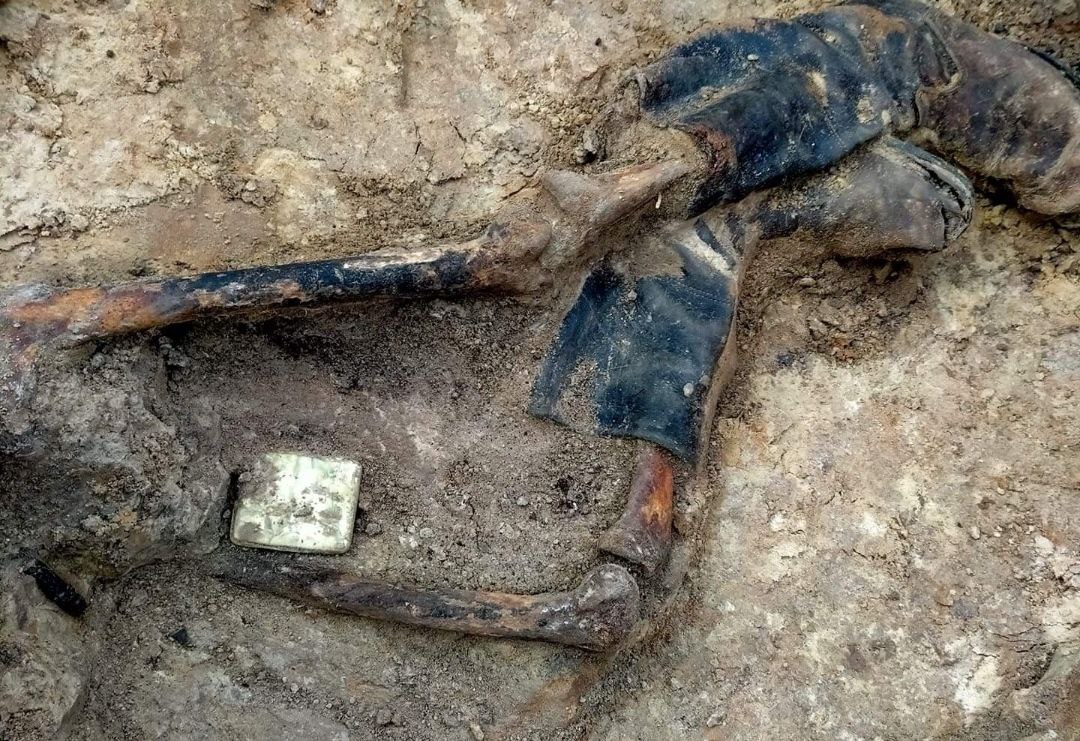 Soldier’s cigarette case lay with him.

Near the cigarette case, we managed to find a medallion with the soldier’s personal information. During the Second World War, in such capsules information was stored that would establish the identity of the deceased. 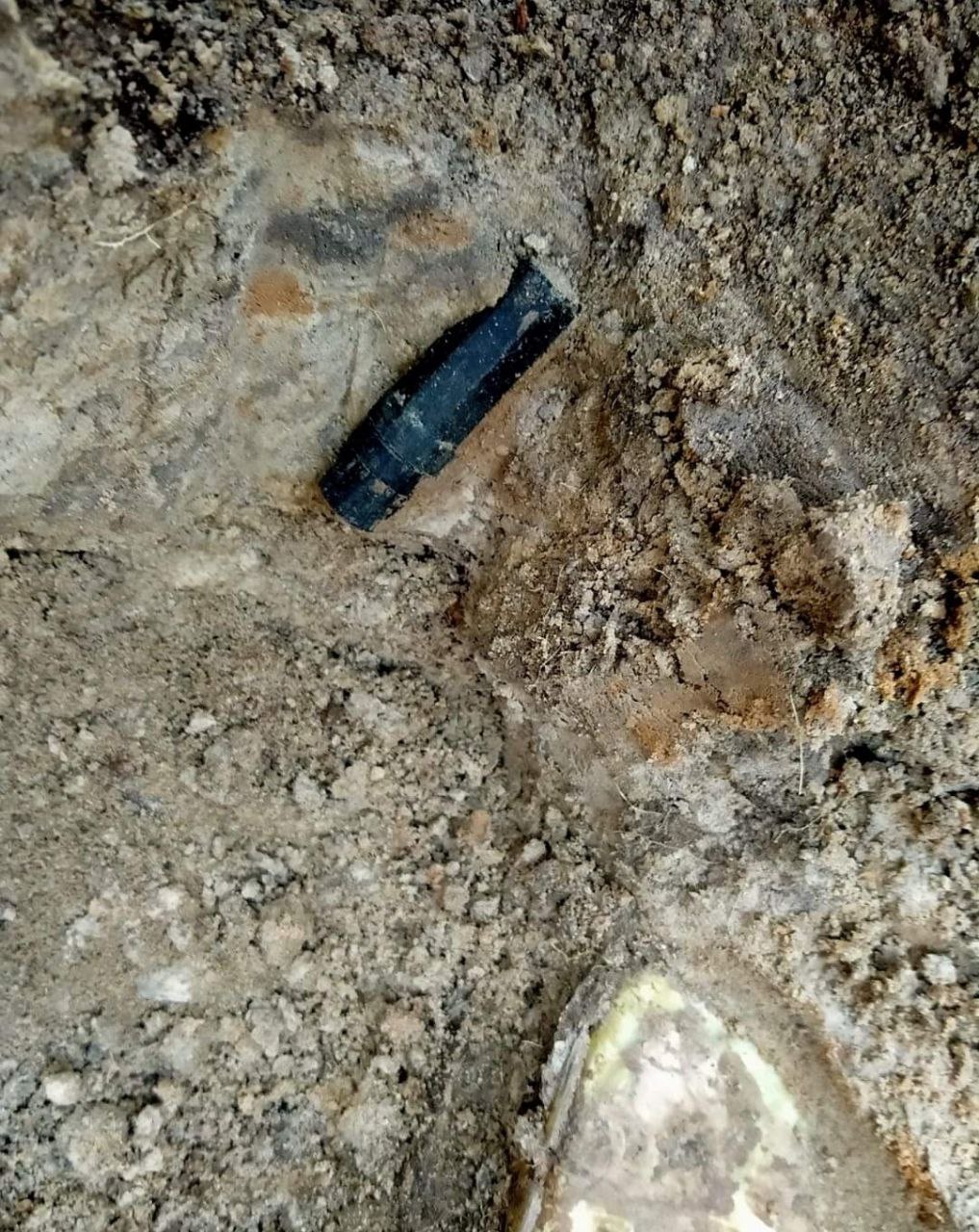 Medallion with the personal data of a soldier.

In the chest area, a badge was found – “Ready for Labor and Defense of the USSR” (Russian: “Готов к труду и обороне СССР” Gotov k trudu i oborone SSSR). 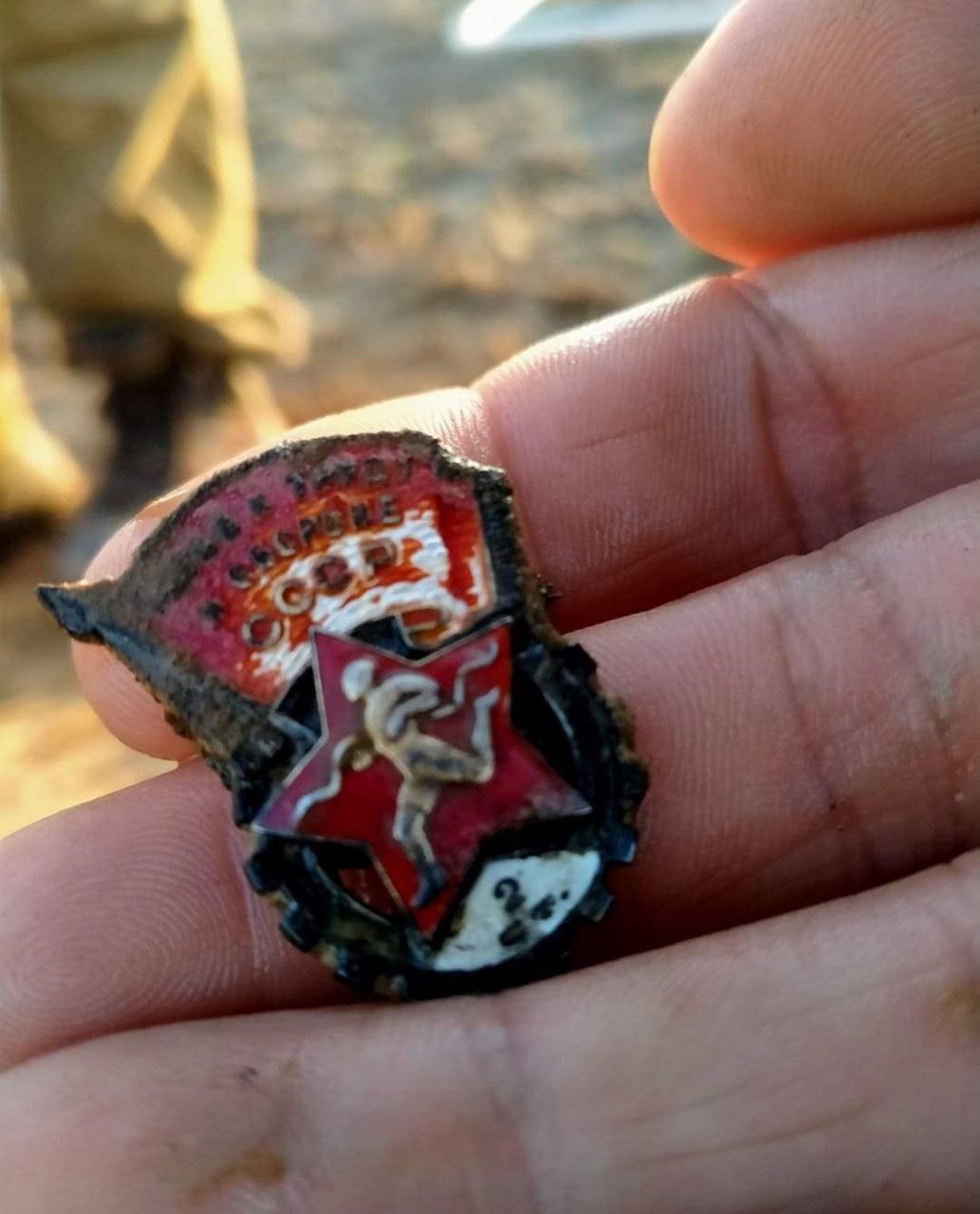 Ready for Labour and Defence of the USSR badge.

Now we are waiting for the expert opinion whether it is possible to read the data in the capsule. But we’ll learn about this later.