Good afternoon, dear reader. This time I will tell you about the unusual relics of the World War II, which were found on the battlefield of the Leningrad Front. Such finds are rare in our time. It is a great success to find them. Enjoy reading!

It was a hot June morning. On the way to the designated place, we accidentally found a cabin from a Soviet GAZ-AA truck (better known as a soviet truck lorry). For us, it was an unexpected find, because local residents sold such items for scrap immediately after the end of the Second World War. Lots of details from the truck’s cabin were scattered around. 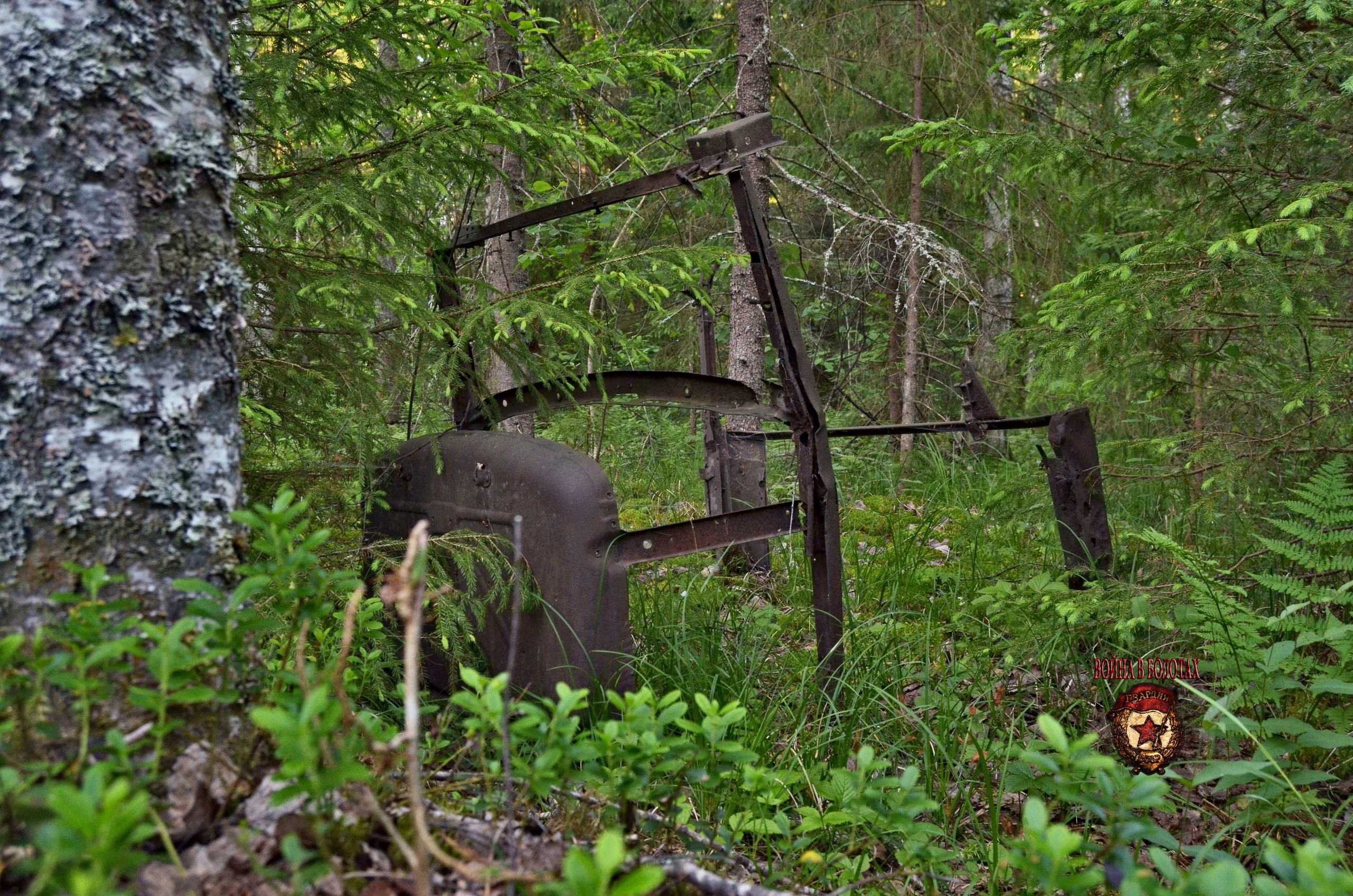 GAZ-AA “Lorry” is a Soviet truck during the Second World War, which was manufactured at the Gorky Automobile Plant. The truck had a carrying capacity of 1.5 tons (1500 kg). The model for the manufacture of GAZ-AA was the American Ford model AA model of 1930, which was later redesigned according to Soviet drawings. A total of 985,000 copies of the GAZ-AA were produced. Thus, the “lorry” became the most massive Soviet car of the first half of the XX century, they could be found on the roads of the USSR until the end of the 1960s. 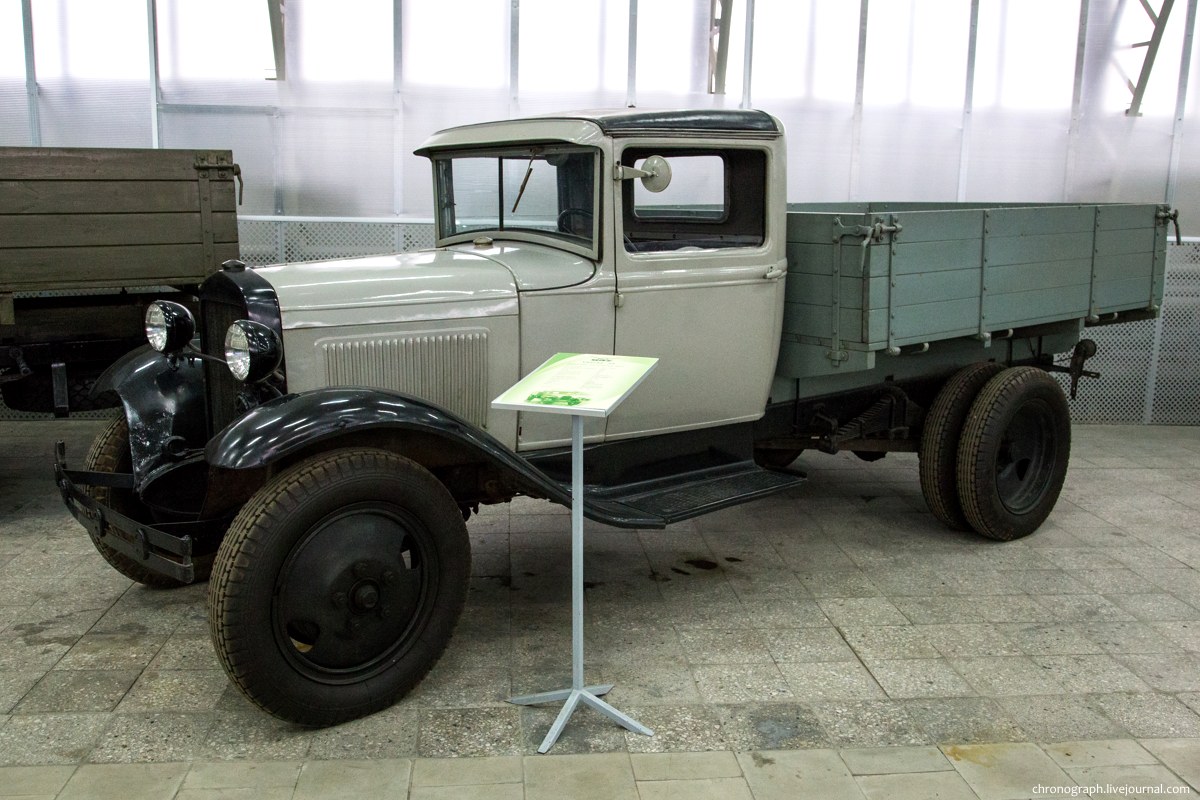 After examining the find for a few more minutes, we moved further.

The most unusual treasure

Having arrived at the right place, we started excavations. And then, after a while, my metal detector showed a strong signal under my feet. I started digging. After making a few movements with the shovel, I dug up a Soviet brass samovar. A samovar is a metal container traditionally used to heat and boil water in Russia. Additionally, the samovar is well known outside of Russia and spread through the Russian culture to Eastern Europe, South-Eastern Europe, Iran, Afghanistan, the Kashmir region of India, the Middle East, Vietnam, and is also known in some parts of Central Europe. Antique samovars are often prized for their beautiful workmanship. 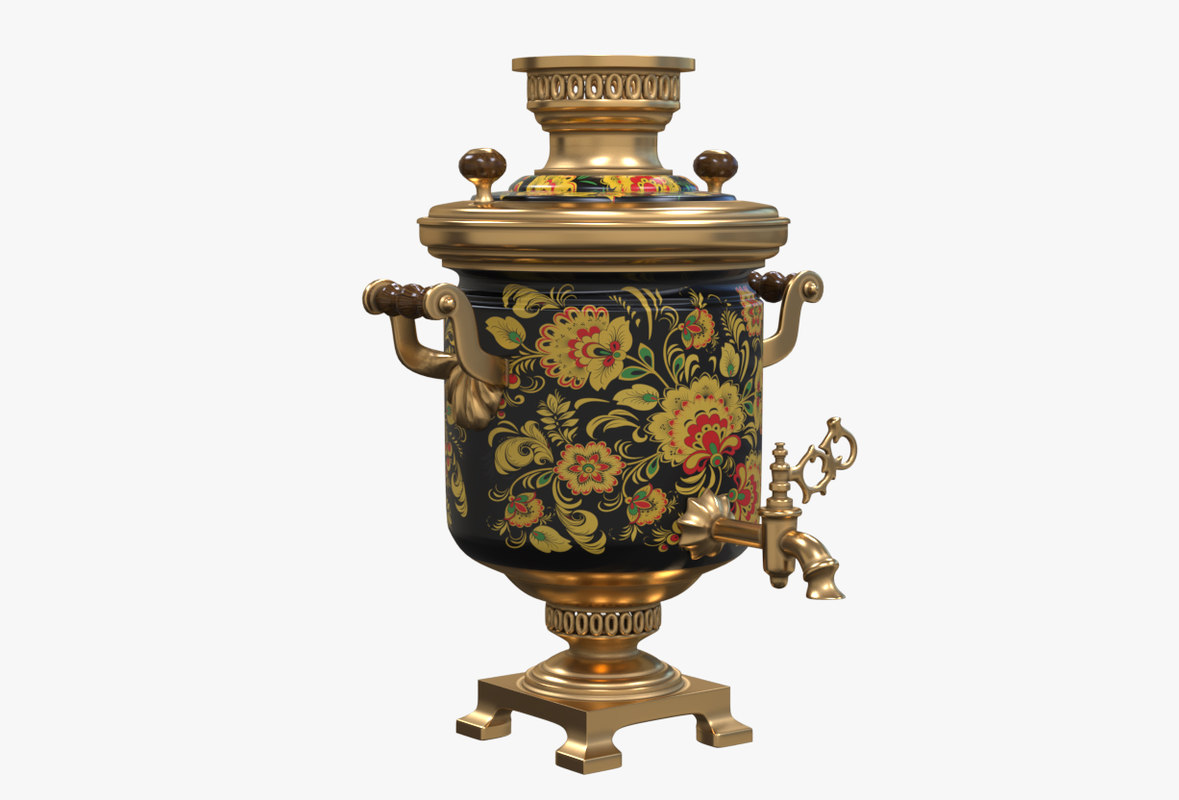 Traditional Russian samovar. Soviet soldiers made tea for themselves using such samovars.

Having dug out this samovar, I found several other samovars under it. After spending a couple of hours, I dug a large hole and took out 16 samovars from it. It was incredible. I have never heard before that someone would find such a quantity of samovars. They were all different shapes and sizes. Unfortunately, all samovars were damaged by time. But that didn’t stop me from admiring this find. 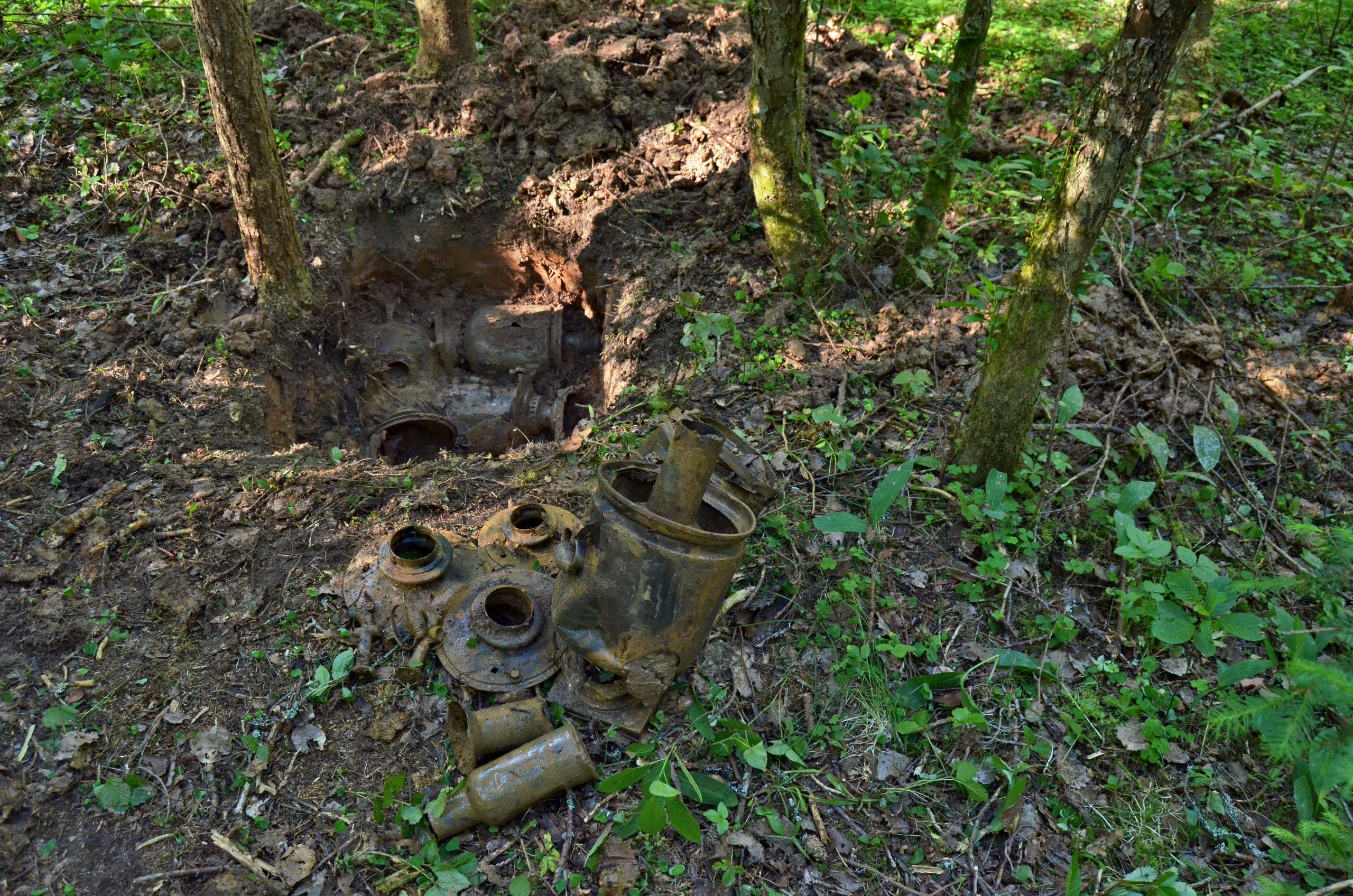 Having dug out one samovar, I found several more under it. Photo by @swamp_war Expanding the pit, I discovered a few more samovars. Photo by @swamp_war 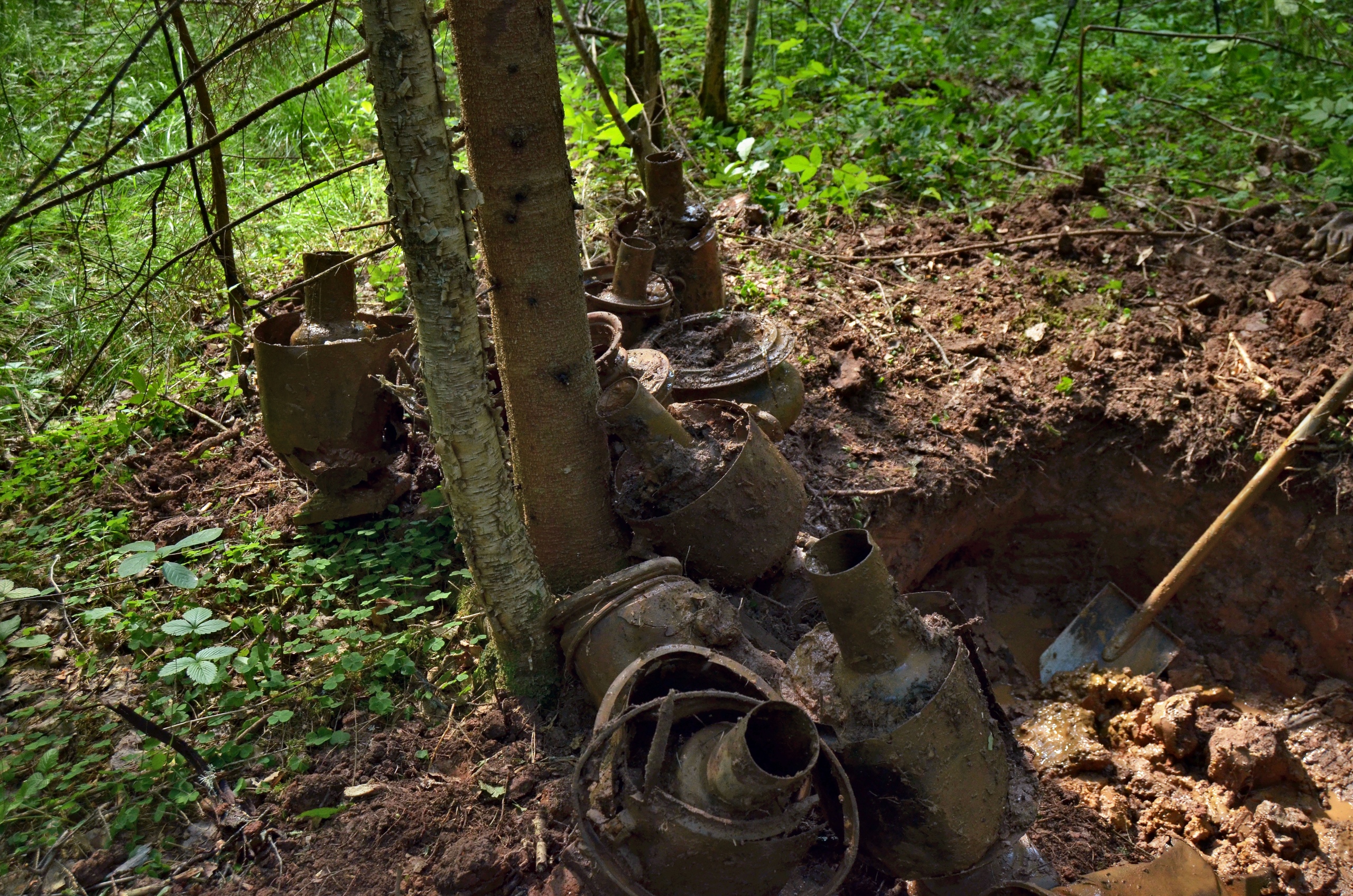 I took out the samovars one by one, but they were all crushed. Photo by @swamp_war 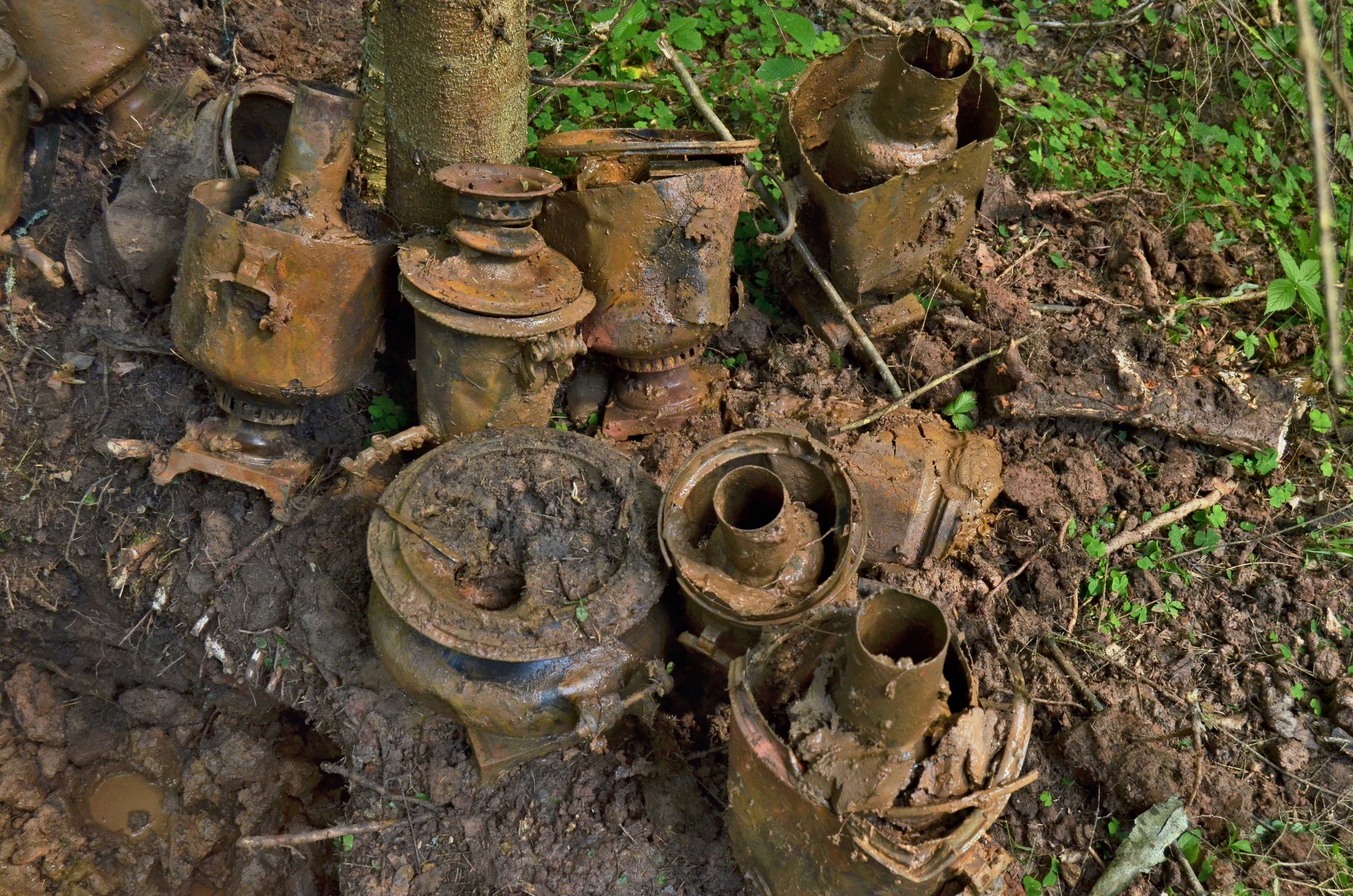 Each samovar was special. They differed in shape, size, volume. Photo by @swamp_war

We thought for a long time about how these samovars ended up here. Perhaps they were hidden by Soviet soldiers during the retreat. And perhaps some commander of the field kitchen stole them and hid them in order to sell them after the war, but during the battle for the Leningrad region he died, and the samovars remained in the ground. Or maybe these samovars were stolen by someone even before the start of the Second World War. We can only guess. 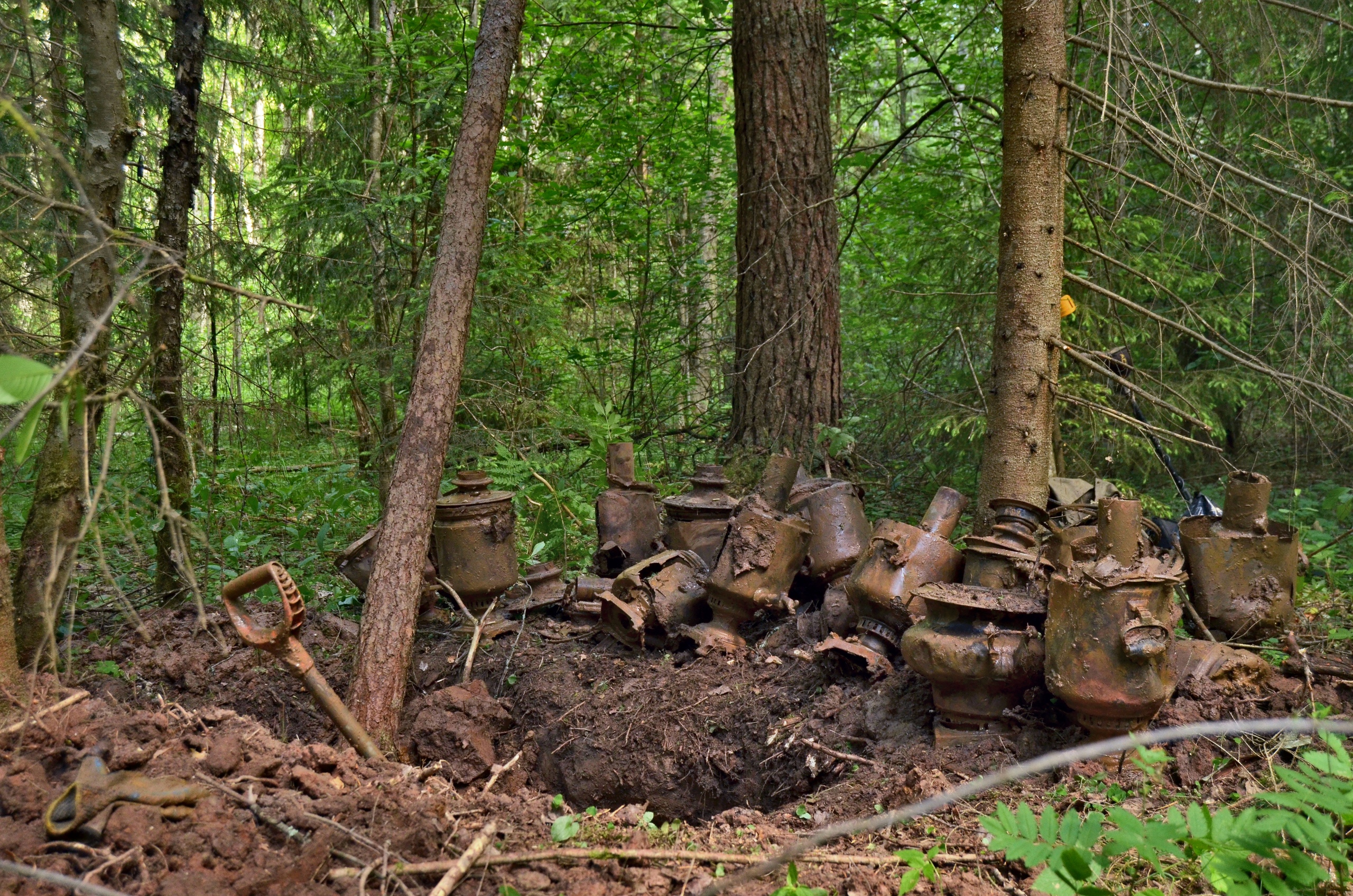 From one pit I managed to get 16 samovars. Unfortunately, they were all crushed by a thick layer of clay. Photo by @swamp_war 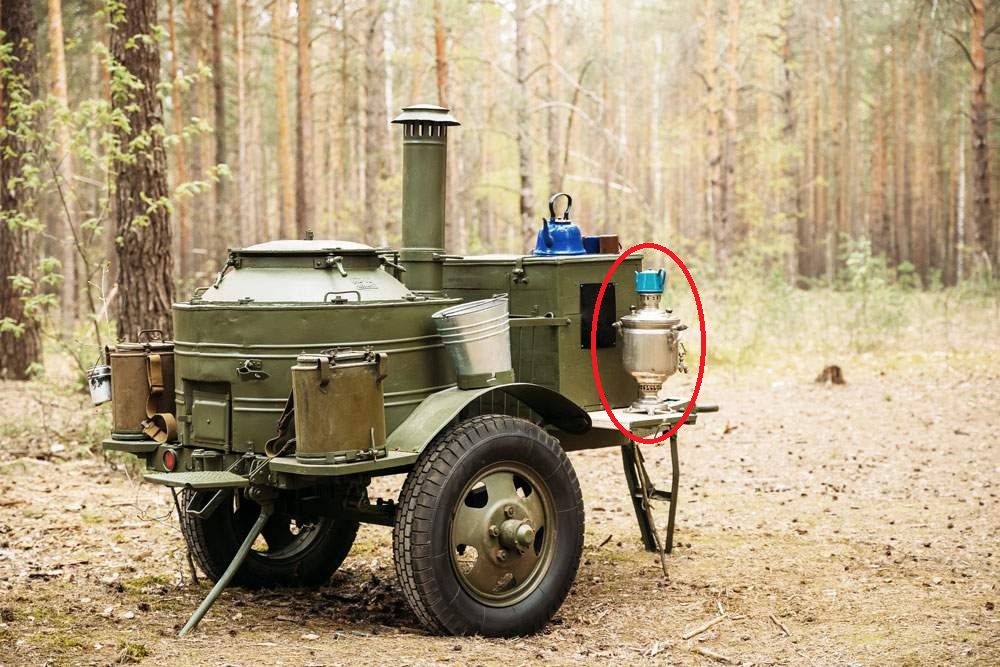 Field kitchen of the Red Army during the Second World War. The samovar was often an integral part of the Soviet field kitchen.

In the footsteps of the t-34

Also on this day, we found parts of the armor from the Soviet T-34 tank – the most famous and mass-produced Soviet tank of the Second World War.

The T-34 was the mainstay of Soviet armoured forces throughout the war. Its general specifications remained nearly unchanged until late 1944, when it received a firepower upgrade with the introduction of the greatly improved T-34/85 variant. Its production method was continuously refined to meet the needs of the Eastern Front, making the T-34 quicker and cheaper to produce. The Soviets ultimately built over 80,000 T-34s of all variants, allowing steadily greater numbers to be fielded despite the loss of tens of thousands in combat against the German Wehrmacht.

Read more: Torn out of the swamp’s tight embrace T34 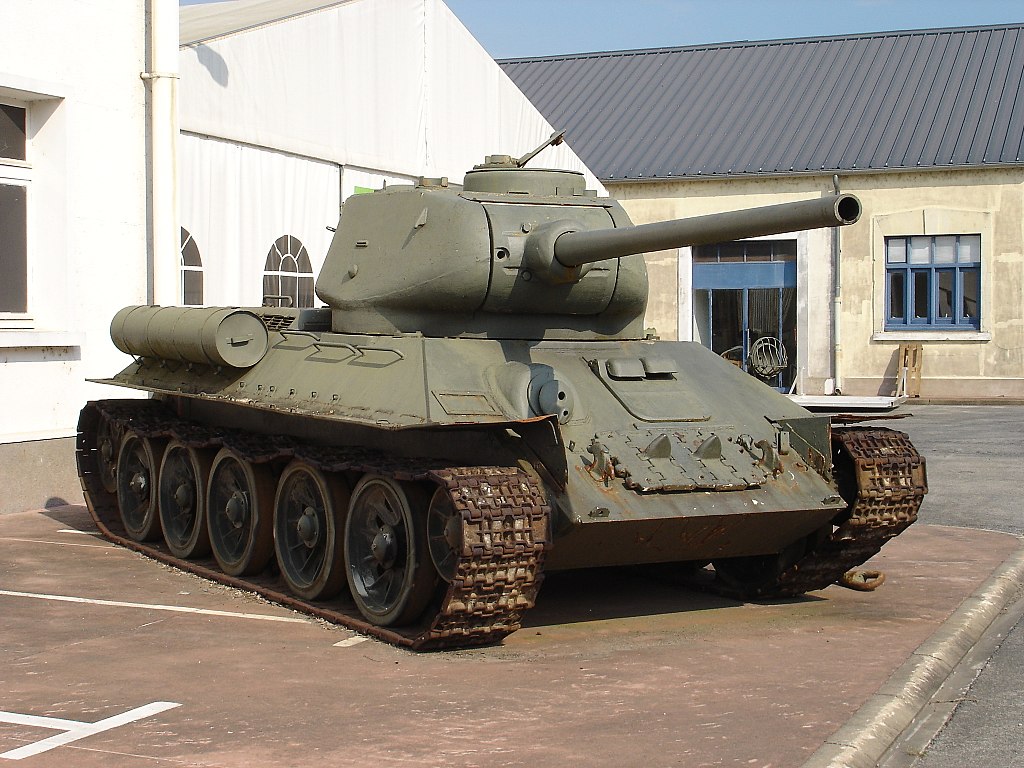 The T-34 is a Soviet medium tank introduced in 1940, famously deployed during World War II against Operation Barbarossa. Photo by Wikipedia. 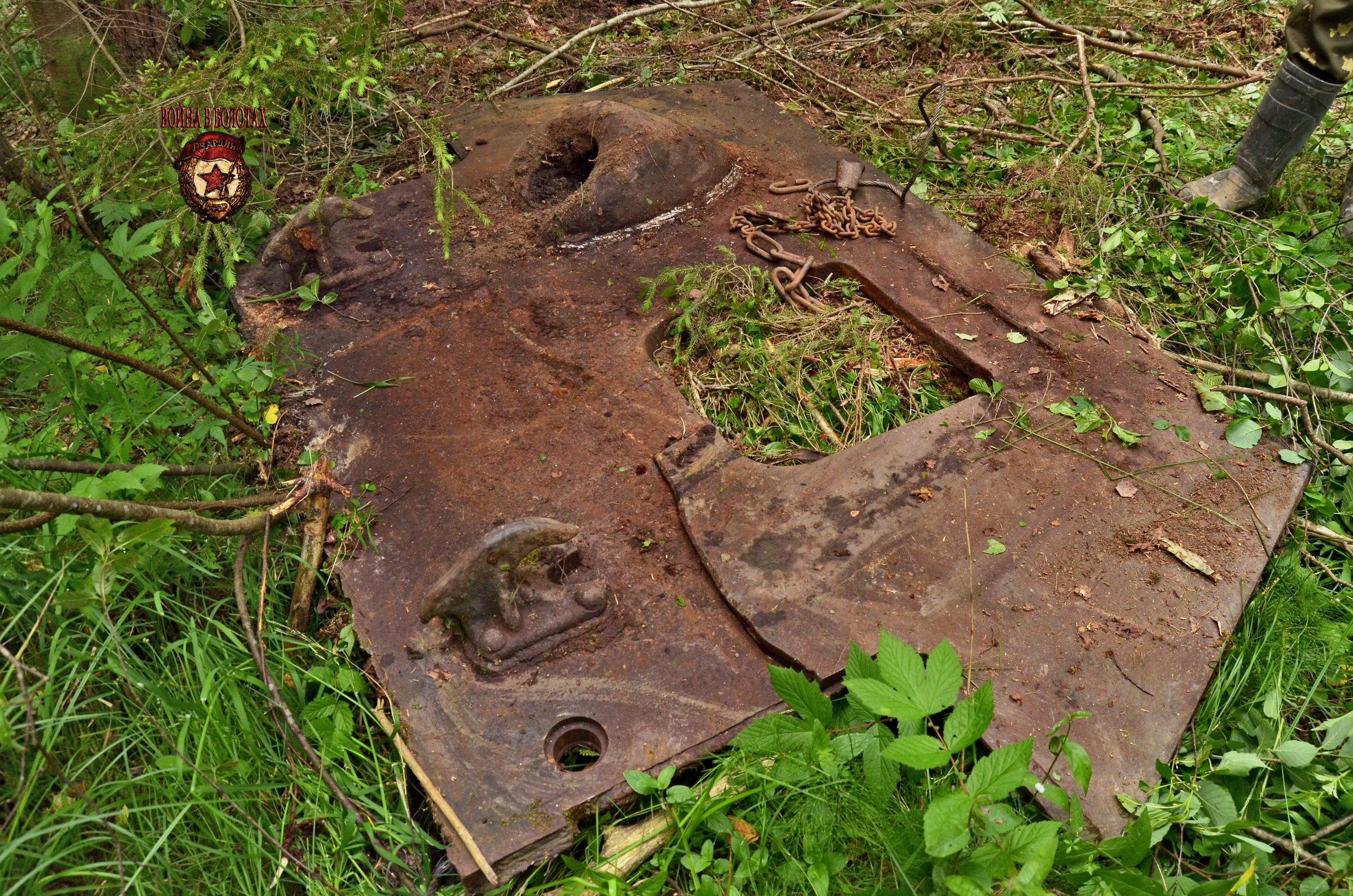 Frontal armor of the Soviet T-34 tank. Photo by @swamp_war 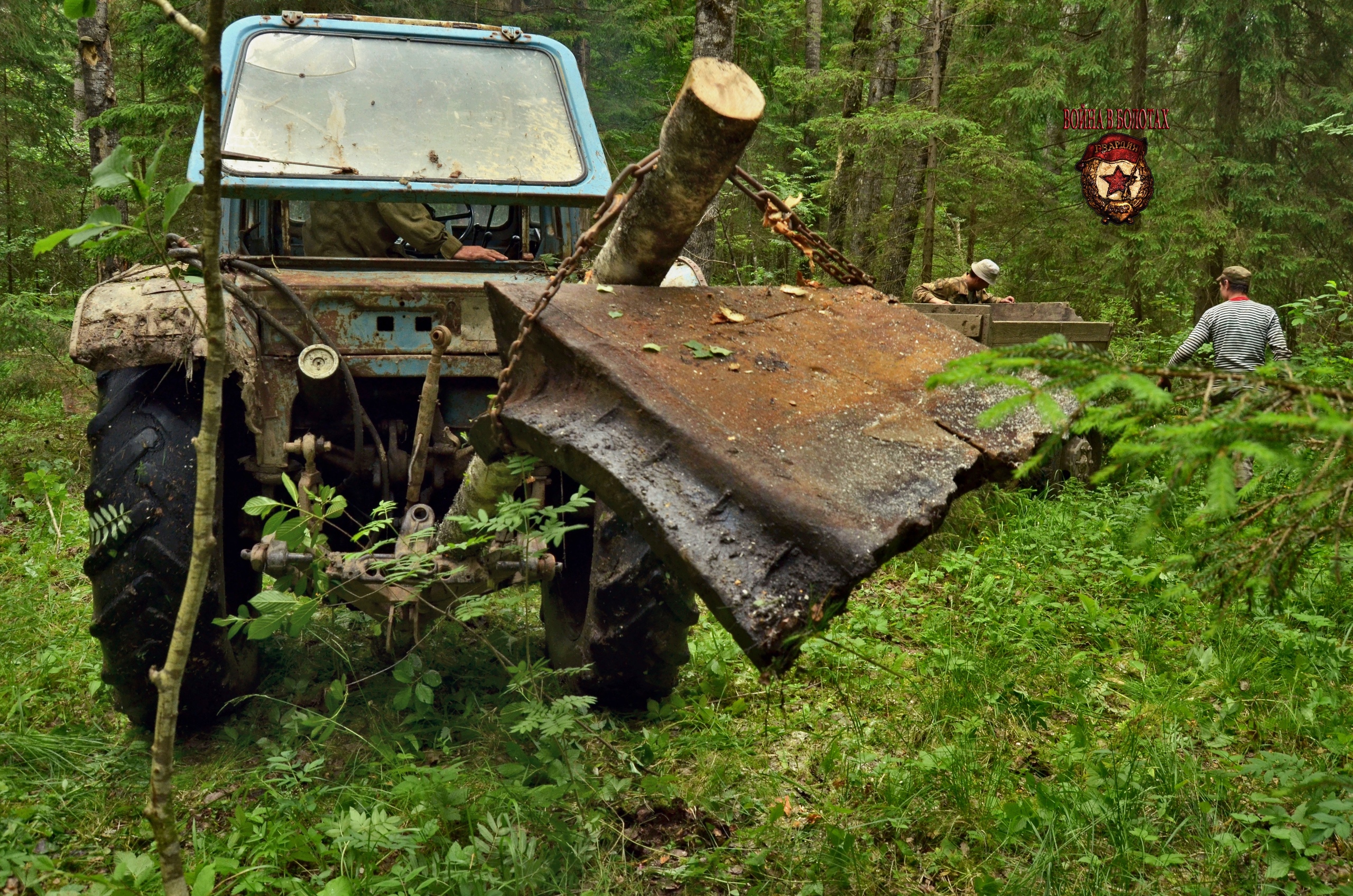 Another part of the armor of the T-34 tank. Photo by @swamp_war 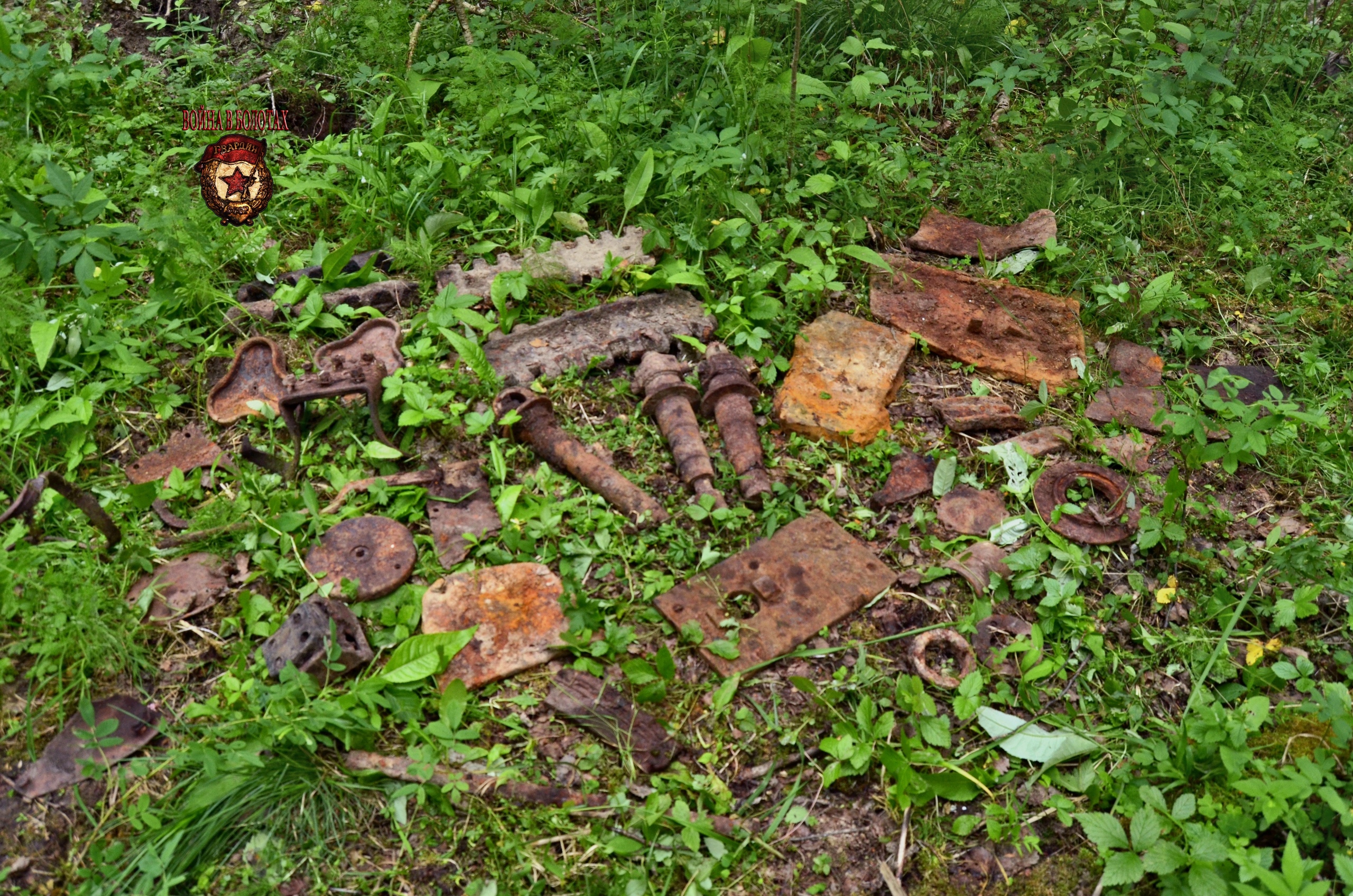 I found a large number of parts from the T-34 tank in a small area of ​​the forest. Photo by @swamp_war

All the surviving parts of the T-34 were handed over to the restorers. It seems to me that this was one of the most resultative days in my practice.

Thanks for your attention.