The Order of the Golden Kite (金鵄勲章, Kinshi Kunshō) was established by the Japanese Empire on February 18, 1890 by decree of the emperor. Exclusively military, it could only be awarded only to those who saw military action. The order became defunct upon Japan’s defeat in World War II.

Japan earned a reputation as a potent militant power from the Meiji period through to its surrender in World War II. Ironically, this reputation was honed by centuries of internal feudal conflicts that expanded once the Bushido spirit started being exported outside its borders. It was only then that Japan became involved in international military conflicts, territorial expansions, and wars. The country needed its own military award. It was created by decree of the emperor on February 12, 1889.

The award’s name is based on the legend of the golden kite, a gift sent by the gods to the first emperor Jimmu during the reunification of Japan: During one of the military campaigns to conquer Japan, the gods sent their messenger in the guise of a kite to Jimma, who advised him to attack the enemy at dawn, advancing from the east. When Jimmu led his army from the east at sunrise, his enemies were blinded by the radiance from the golden kite, who was seated on a pole over the Jimmu standard, and were defeated. 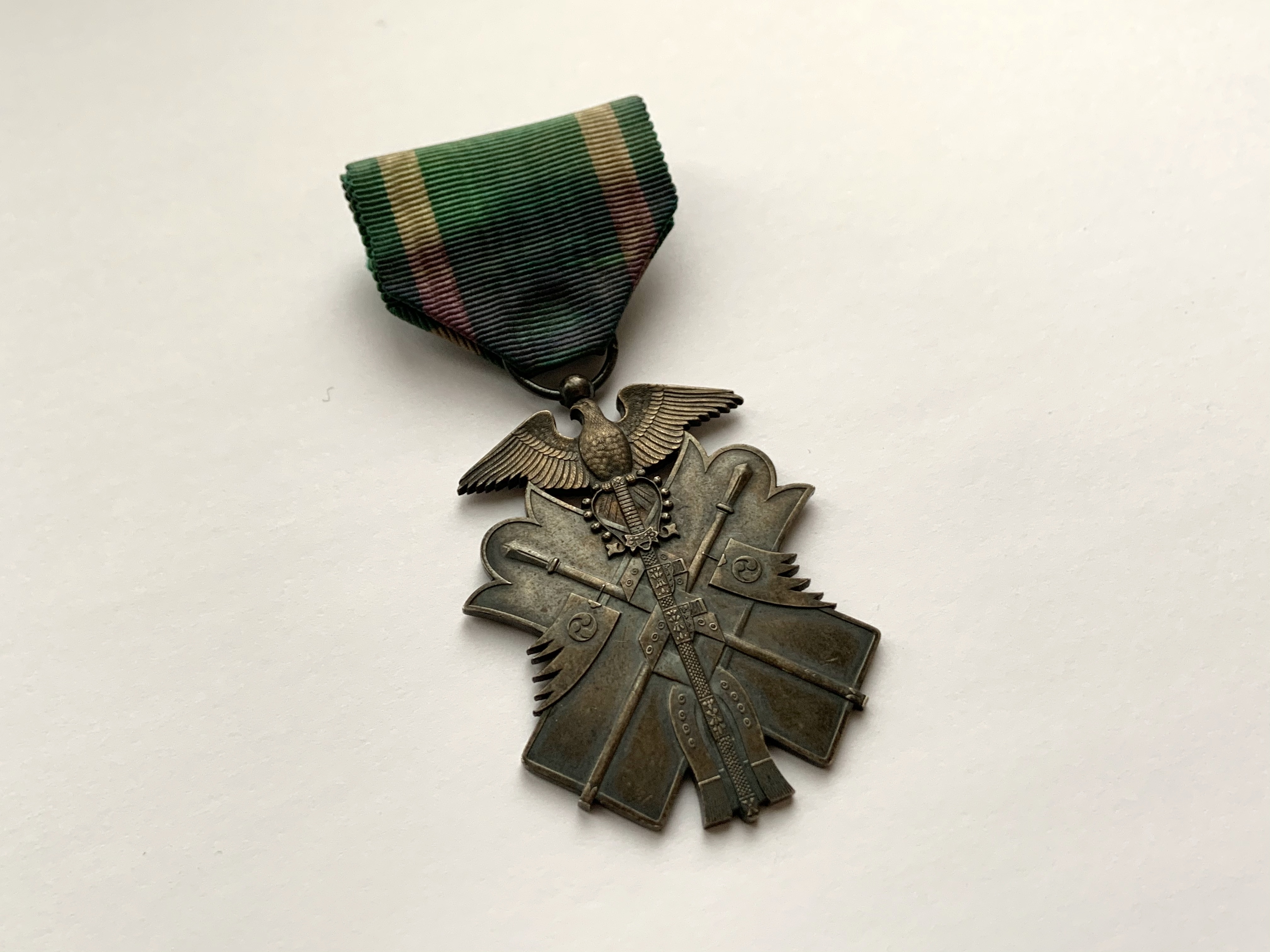 Japanese order of the Golden Kite. Photo by Apolon

The order had 7 degrees.  From its creation until 1940, the holders of the order received a lifelong pension. It then became a one-time lump-sum payment in 1940.

The Order of the Golden Kite, though no longer in use, remains the embodiment of militarism. It now belongs to legend.

Read: Total aviation losses and destroyed Japanese Planes after the End of WWII

The Order represents two different sides of a coin — the history of the country and the achievements in the military field of an entire nation, and on the other hand, aggression, barbarism, and dark times for Japan. It’s the latter category that led to it becoming defunct. 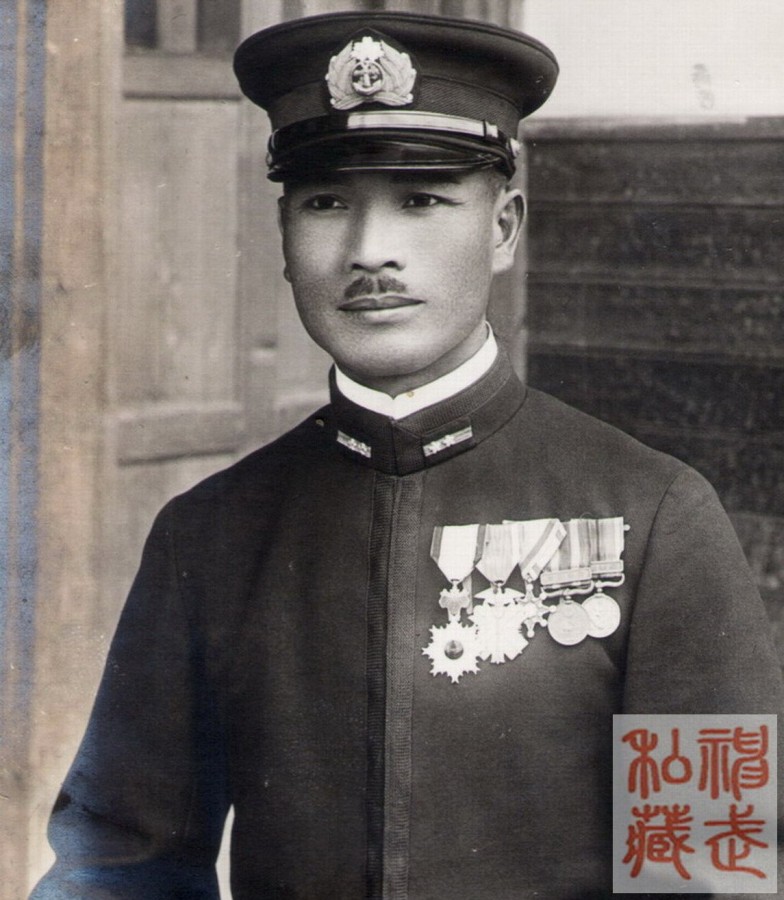 Japanese soldier with Order of the Golden Kite.

Order of the Golden Kite Description

Dimensions 42 mm x 57 mm. The badge of the VII class is entirely silver, only a kite is gilded.

Obverse: image of a standard with a kite sitting on it with outstretched wings, on the background of crossed shields and spears (yari) with flags fixed to them with the Tomoe pattern (symbolizes the cycle as an eternity, the mona of this plan used samurai in their coat of arms, for example, gender, clan – Kobayakawa). 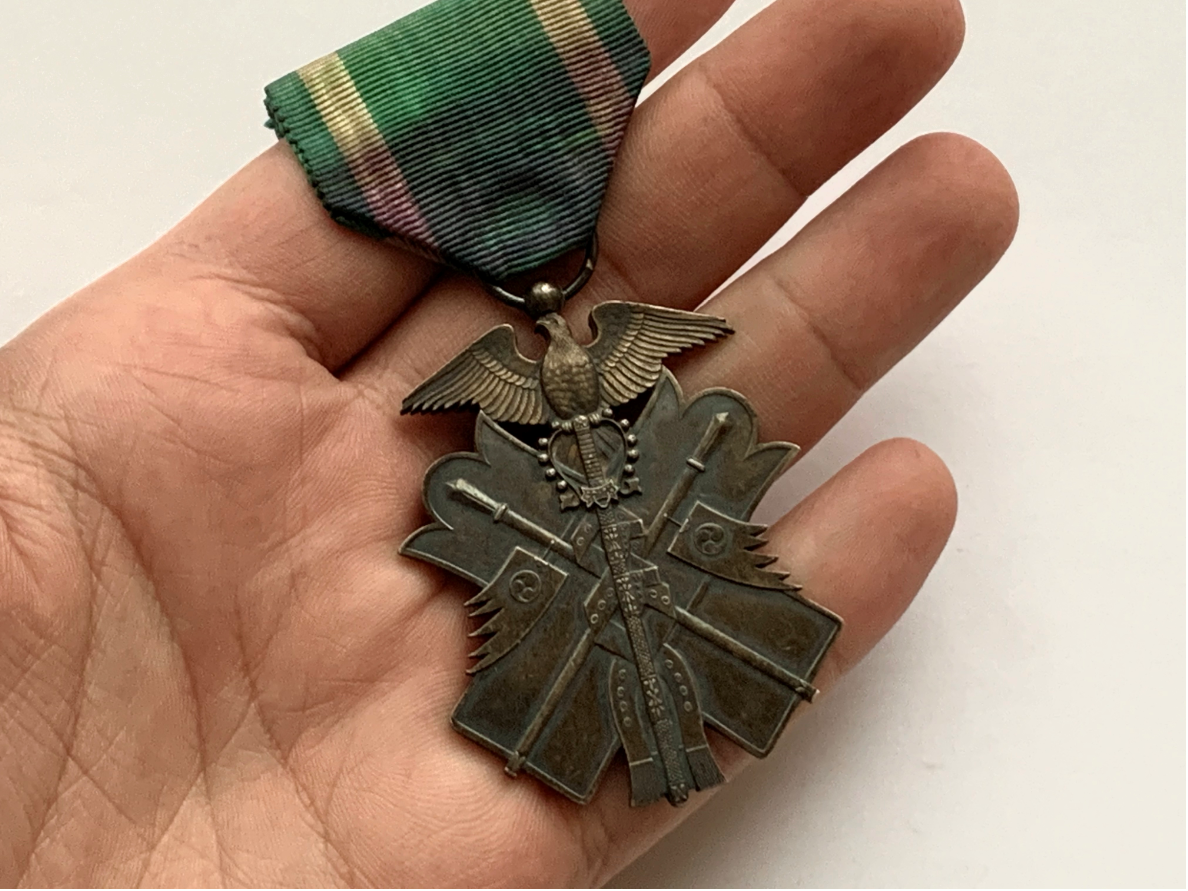 Order of the Golden Kite (Obverse). Photo by Apolon 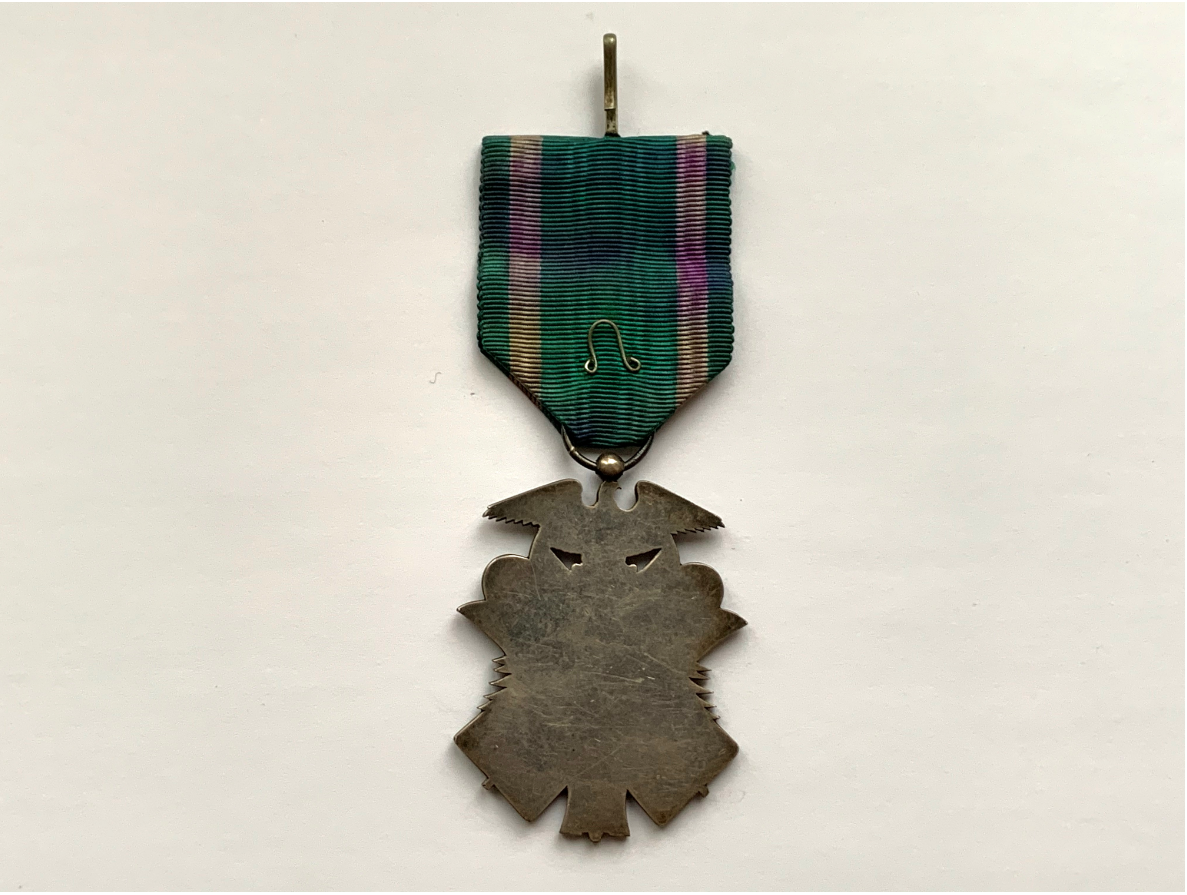 Order of the Golden Kite (Reverse). Photo by Apolon

Tape: moire, consists of five vertical stripes, green and white. On the back there is a fastening system consisting of a hook and a loop.

The Order of the Golden Kite is the highest and very honorable military award.