By the end of the war, Allerberger (Sepp – as his colleagues called him) had 257 confirmed killed enemy soldiers (Most of them were Red Army soldiers, many of them were killed from the Soviet captured Mosin rifle). 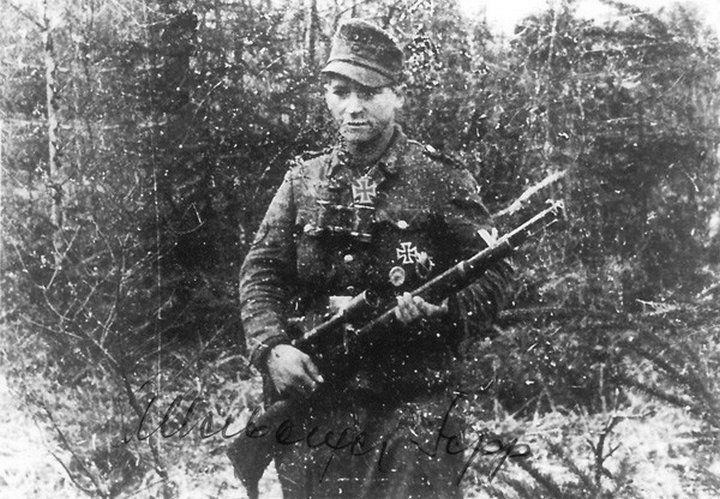 Josef Allerberger was born on December 24, 1924 in Styria, not a large town in Austria. His father and mother were ordinary peasants. His father was a carpenter and his son decided to follow in the same footsteps. By the age of eighteen Josef mastered the basics of the family profession and at first thought that this was his vocation until the World War II began.

In December 1942, like many people from the mountainous regions, the future German hero of the WW2 was drafted into the Alpine units of the Wehrmacht. According to the book of his own memoirs “A German Sniper on the Eastern Front 1942-1945”, Josef first had a six-month training course for machine gunners. And Allerberger entered the battle directly on July 18, 1943 as part of the 144th regiment of the 3rd mountain rifle division. 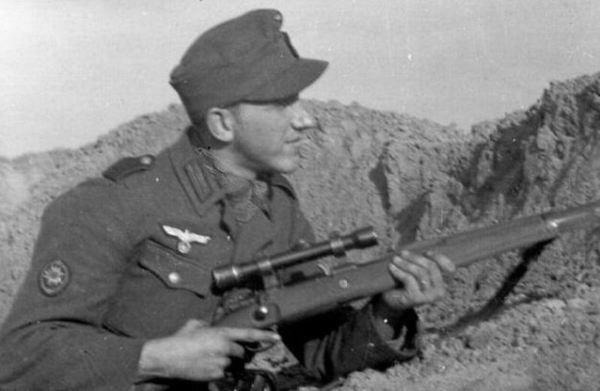 Josef Allerberger with his Kar98K

From the middle of 1943, Allerberger for some time served as a machine gunner. Near Voroshilovograd (Luhansk region, Eastern Ukraine, Donbass) during a fierce battle, an enemy bullet hit Josef, a future sniper, in the arm. While recovering, Allerberger, as his fellow soldiers called him – Seppa, thought about how he could survive in the war. The service life of all machine gunners in the Wehrmacht was short-lived – the enemy fired at them and tried to destroy them first of all, machine-gun nests were powerfully fired by artillery of all calibers. After spending some time in the hospital and thinking everything over, he finally found salvation for himself. Salvation from imminent death came in the form of Soviet captured weapons.

As a convalescent, Allerberger was assigned to headquarters for light work. As a carpenter, he repaired broken butts of carbines and sorted weapons as a gunsmith officer assistant . “It was a sign of fate that among the weapons that I sorted, I found one and only Russian sniper rifle – the Mosin rifle (the main weapon of Soviet soldiers of the Second World War) … Only when I saw it, I hurried to ask the non-commissioned armament officer if it was possible to practice shooting with this rifle, “Allerberger told Albrecht Wacker, author of the book ” The German Sniper on the Eastern Front. “

The very first shooting showed that Joseph Allerberg was a natural-born sniper. The non-commissioned officer saw in the young Austrian a man capable of “giving the Ivan a good thrashing”. And he was not mistaken. Already after a few days of practice and shooting from Soviet weapons, without much effort, Allerberger hit from 300 meters a small box of cartridges.

Return to the front as a sniper

Sepp returned to the front as a sniper in August 1943. The first 9 months he fought with the same Soviet Mosin rifle with a telescopic sight. The Wehrmacht lacked sniper weapons, and many snipers had to use the trophy harvest that the Wehrmacht soldiers during the Second World War managed to get in large quantities in battles.

“While the German army continued to use the old pre-war optical sights until 1940, the Red Army developed modern sniper weapons and trained a huge number of snipers,” noted World War II hero Allerberger.

It is known that for almost nine months Allerberg fought with a Soviet Mosin sniper rifle. At the same time, he emphasized that, being, in fact, a field sniper, only the destruction (of the killed soldiers), confirmed by senior in rank, was credited to him. All the opponents killed by him as part of the unit (his company), including not only from a sniper rifle, did not go to his account. 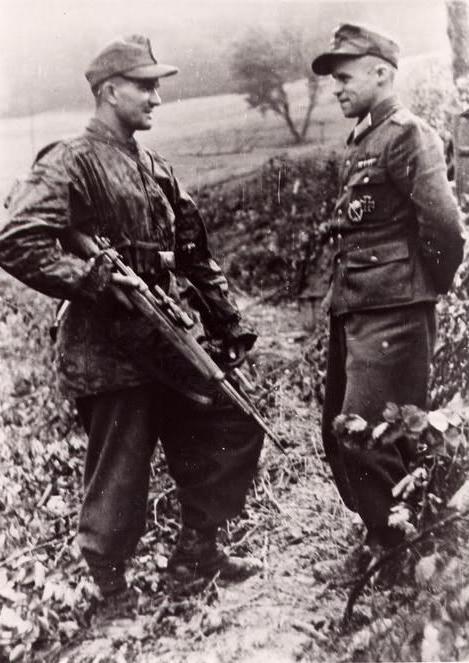 In the memories of the sniper, there is a lot of the “dirty truth of the war history ” For example, according to Allerberger, snipers closely watched the trenches, waiting for the moment when any enemy soldier would appear there in full height, for example, to throw out a can of excrement. Every murder of a Russian soldier – Josef Allerberger recorded by means of notches on the butt of his rifle. At the same time, during the battles, Allerberger sought not to kill the enemy, but to wound him in the torso. The soldiers of the Red Army experienced unbearable pain from being wounded, and their screams had a demoralizing effect on their colleagues and soldiers who were next to them.

“When the Russian soldiers fled, the shots were especially effective, as a result of which the bullets hit the kidneys of the retreating. In these cases, the wounded began to scream and howl literally like an animal. As a result, the attack often ended abruptly, ” the sniper argued. 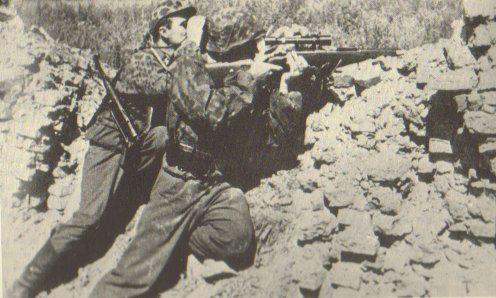 By his own admission, he did not feel remorse. The mountain shooter learned the truth that “war cannot be ethical or heroic.” In addition to phenomenal accuracy, Seppa had an excellent command of the art of camouflage. According to unconfirmed documentary information, Chief Corporal Allerberger became one of the few representatives of the lower ranks who were awarded the Knight’s Cross.

In the summer of 1944, the regiment commander (who had a good attitude towards Joseph) sent him, in fact, already a successful high-class marksman, to sniper training courses in Germany as a well-deserved vacation. Allerberger was dissatisfied with the courses and considered them not satisfying the needs of modern warfare.

The sniper was not happy with the fact that attention was paid only to the accuracy of the fire, and no priority was given to the psychological hardening of the shooter – the ability of a sniper (primarily a human) to kill another person with a sniper weapon. Many German snipers, after training, were out of action for a long time after their first battle due to psychological problems. They were forced to return to Germany for psychological rehabilitation. Allerberger, however, had no problems with this, psychologically he was prepared from birth.

Having returned to the front, his war story changed, Allerberg switched to the use of a sniper modification of the Mauser 98k rifle with a 6x telescopic sight. Or, as the case may be, a semi-automatic rifle “Walter 43” Gewehr 43. Joseph was very positive about this weapon and noted its effectiveness in fire at close and medium range (from 100 to 400 meters), especially with the use of expansive (explosive) bullets ( by the way, they were banned, but some armies of the world, including the Wehrmacht, continued to use them).

In total, Josef Allerberger has 257 officially confirmed killed enemy soldiers. This made him one of the most successful snipers of the World War II.

Josef Allerberger praised Soviet snipers in his memoirs. They disguised themselves well and created huge problems. They fired from a distance of less than 50 meters, which meant one hundred percent accuracy. Often the German soldier had the feeling that the Russian snipers would destroy the entire regiment. 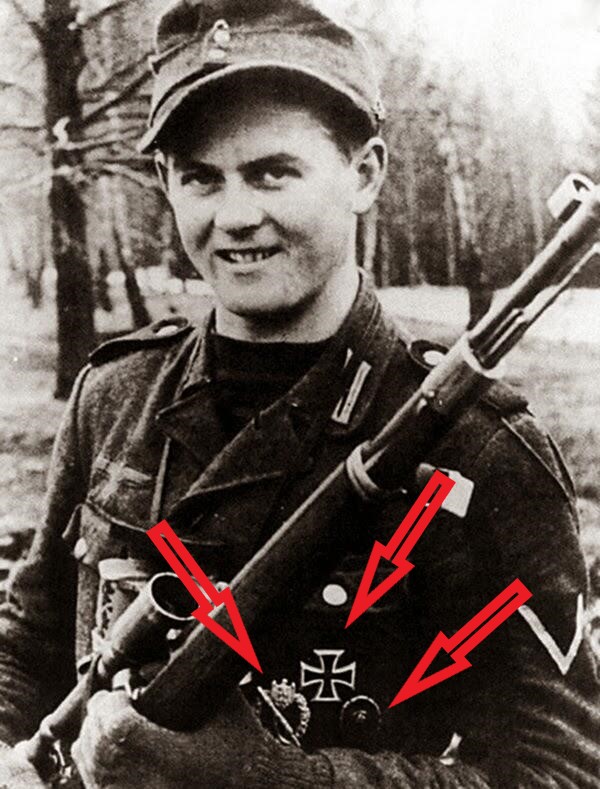 Josef Allerberger with his awords 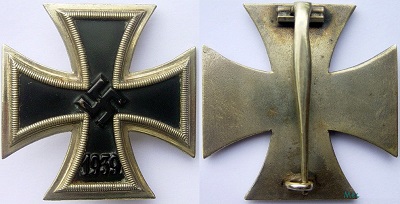 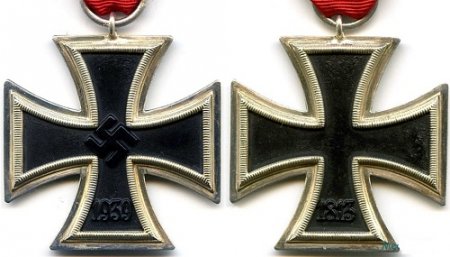 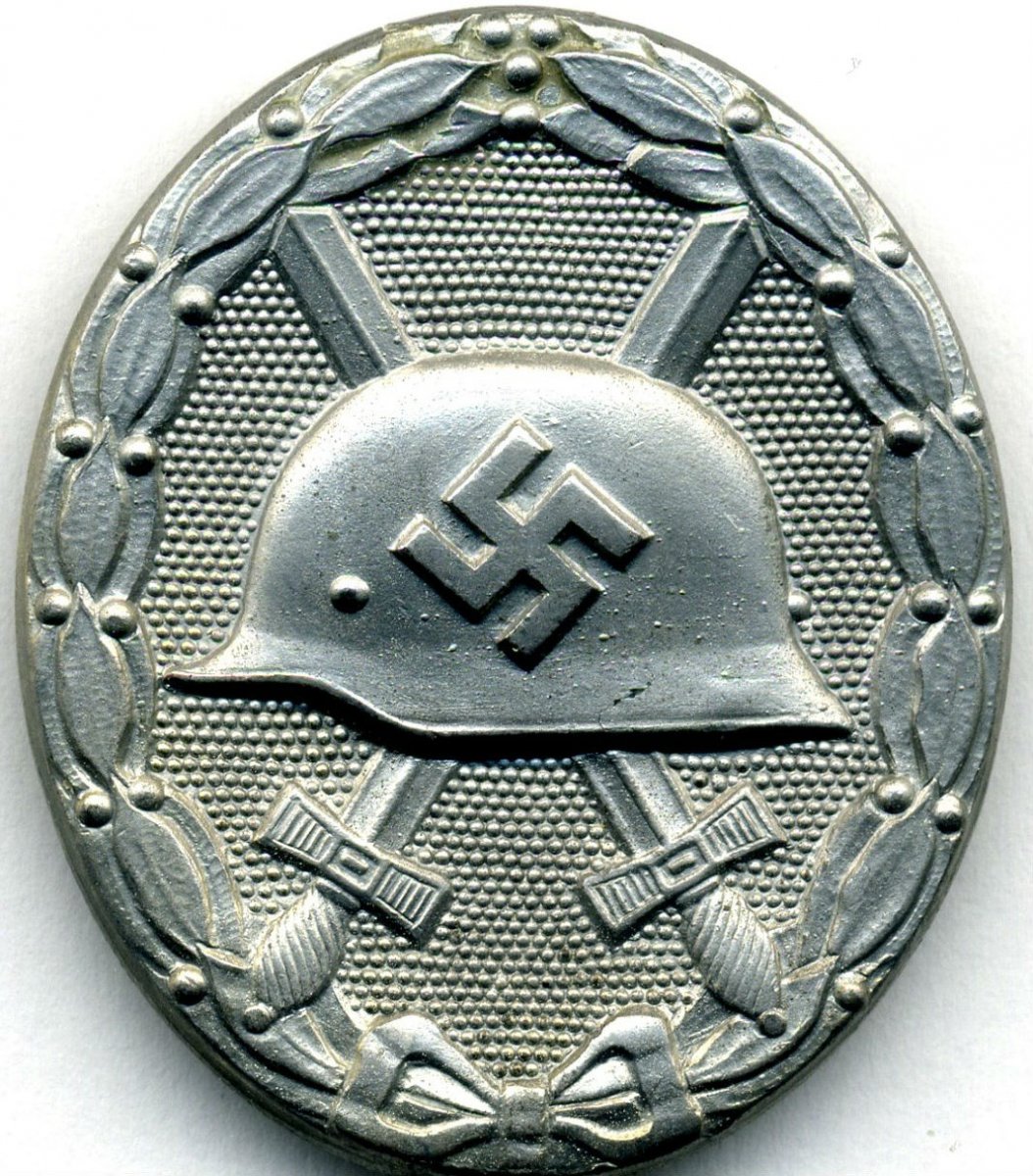 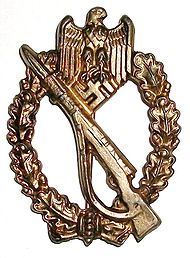 There is information that on April 20, 1945, Allerberger was awarded the Knight’s Cross of the Iron Cross by order of Ferdinand Schörner, but there are no documents about this award.

End of the war and post-war life

Only now, at the end of the war, did German optics begin to surpass Soviet ones. But this could not save Germany from defeat, and Allerberger began to think about his personal fate. Allerberg met the end of the war in Czechoslovakia near the border with Austria. By that time, the Goebbels Propaganda Ministry had made Joseph a recognizable figure. His name was fairly well known thanks to Nazi propaganda. 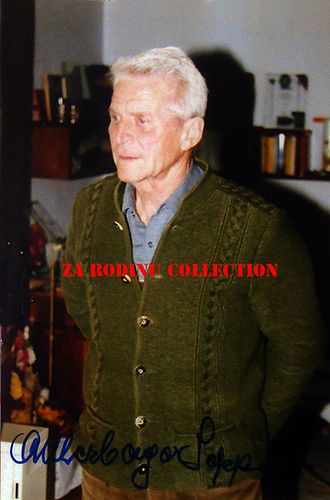 Therefore, in the last days of the war (realizing that he would be doomed in Soviet captivity), in order not to fall into the hands of the Russians, Allerberger tried to do everything possible to get to the Americans and went into the forests. After being captured by the Americans and spending two weeks in a prisoner of war camp in the forests of the Alps, one of the most effective snipers was released home. Josef reached Styria and came to his parents’ house on June 5, 1945. For the rest of his life, the “second rifleman of the Wehrmacht” worked as a carpenter in the village.

Josef Allerberger died at the age of 85 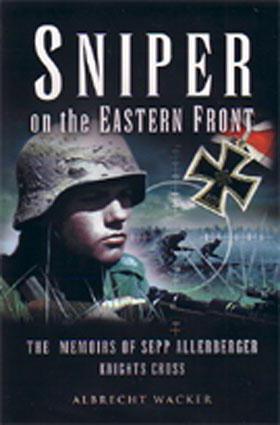 Sniper on the Eastern Front

In 2010, Albrecht Wacker’s book “Sniper on the Eastern Front: The Memoirs of Sepp Allerberger, Knight’s Cross” was published, based on Allerberger’s memoirs.

According to Union of People’s Memory, the search squad “Bridgehead” traveled to the village of Dolina (Slavyansk district of Donetsk region) n November 10, 2018, ... Read More