Hi experts, last year I received a small, light box as a gift. “There’s probably nothing interesting in it”, I thought. Having opened it, I saw excellent instances to replenish my collection. 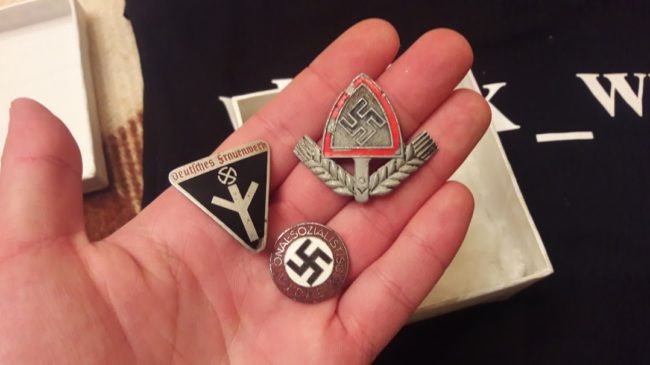 In the photo you can see three badges of the times of the third Reich. All of them are in the excellent collectible condition.

The badge to the left is the sign of the female wing of the Nazi party of the NSDAP –  Deutsches Frauenwerk (was a Nazi Association for women, which was created in October 1933) .

The third badge on the right is the cockade of the imperial labor service (Reichsarbeitsdienst, RAD). I found similar cockades in the ground several times, you can see one of them in this article on our website – RAD cockade 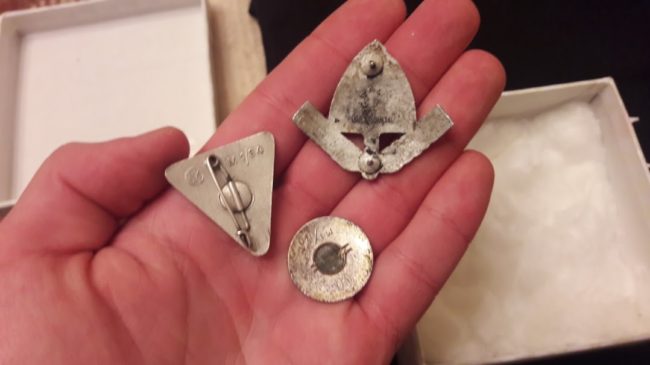 Three badge of the Third Reich. Photo by Apolon.

As you can see, the condition of the badges from the back is a bit worse, mainly because two badges do not have a needle. But still, this is a great replenishment of my collection.