This “Messerschmitt BF-109” aircraft was made in 1939. It flew in the French campaign and the Battle of Britain before flying mostly in the East. This find is probably one of the best-preserved aircraft from World War II, and it was found all thanks to chance!

The downing of the plane and the history of the find

German pilot Wolf Dietrich Wilke in 1942 was shot down by a Soviet Hurricane fighter (delivered by Lend-Lease to the USSR) and landed on a frozen lake.

Wilke escaped death, and the plane remained almost unscathed and eventually sank to the bottom of the lake. There it remained untouched for more than six decades until finally raised in 2003. It is riddled by countless bullet holes on its wings and horizontal stabilizers. There is also a large hole in the attachment point of the right wing. The Hurricane fighter was trying to make a kill. In fact, the plane was in such good condition that the rescue team rested the plane on its landing gear. Wilke, with the call sign “109”, was killed the following year in 1943. If you do not pay attention to damage from shots, then  this “Messerschmitt BF-109” could be called a plane in perfect condition. 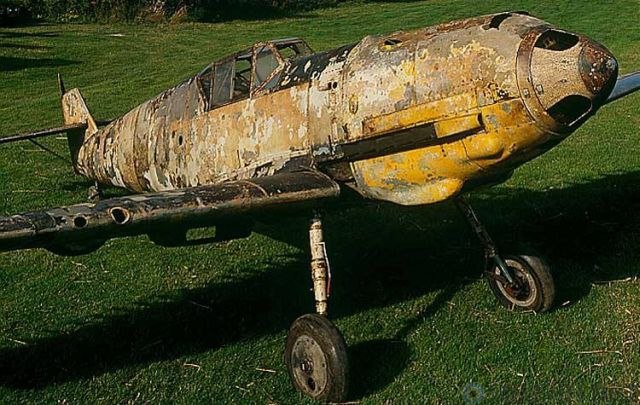 Judging by the presence of several layers of paint, we can understand that the aircraft was repeatedly repainted for the area where the fighting took place.

The Messerschmitt Bf 109 is a German World War II fighter aircraft that was, along with the Focke-Wulf Fw 190, the backbone of the Luftwaffe’s fighter force. The Bf 109 first saw operational service in 1937 during the Spanish Civil War and was still in service at the dawn of the jet age at the end of World War II in 1945. It was one of the most advanced fighters when it first appeared, with an all-metal monocoque construction, a closed canopy, and retractable landing gear. It was powered by a liquid-cooled, inverted-V12 aero engine. From the end of 1941, the Bf 109 was steadily supplemented by the Focke-Wulf Fw 190. It was called the Me 109 by Allied aircrew and some German aces, even though this was not the official German designation. 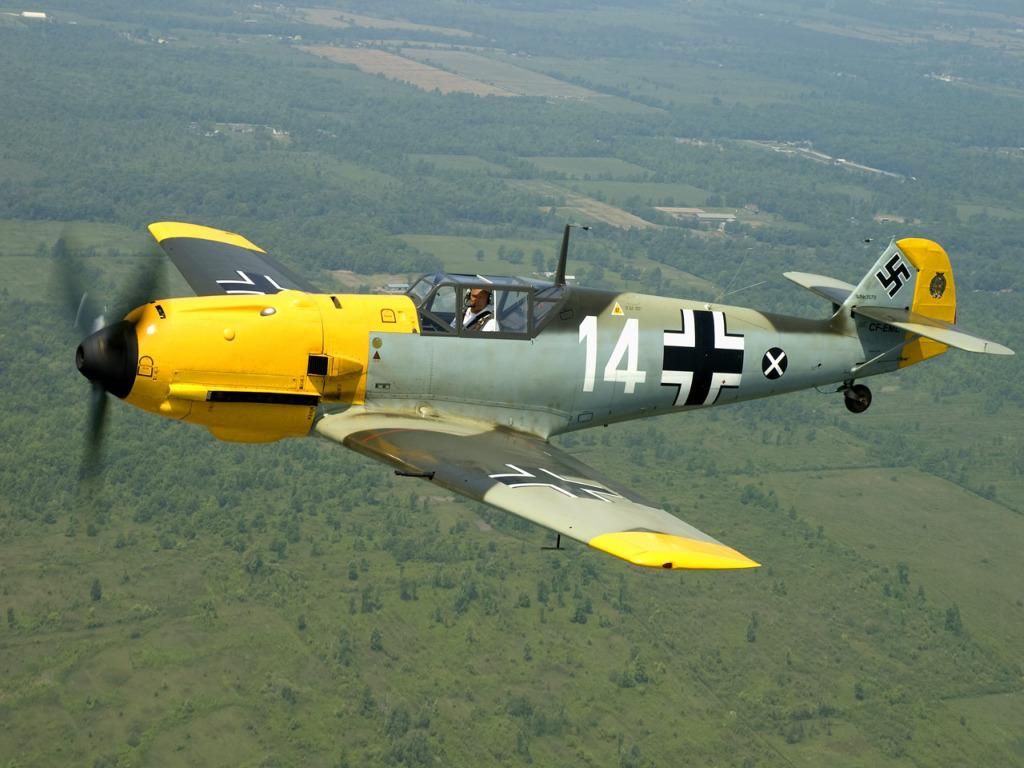