The formation of Germany, the foundation of the award of the star of the hero of the Soviet Union and the birthday of Monreal. This day in history and the whole week in history is very interesting.

For several millennia, the region of present-day Montreal (Canada) was inhabited by Indians. The first permanent settlement of the French arose here on May 18, 1642. Paul de Chomedey de Maisonneuve became the first ruler of the colony, and he is considered the founder of Montreal.

The city began its history as a small Indian settlement called Ville-Marie at the foot of Mount Khoshelaga. In 1642, the mountain was renamed into Royal Hill – Mont Royal. From the name of the hill came the name of the city – Montreal, located on the St. Lawrence River, not far from its confluence with the Ottawa tributary. The place on which the future city was built was an island 32 km long and 16 km wide.

The founding of the city of Montreal in Canada became part of a large-scale missionary movement that was based in France. For many years the city remained the most remote post of missionaries. Montreal was repulsed by the British from the French in the middle of the 18th century, but the French speakers still make up the main population of the historical center and the whole city 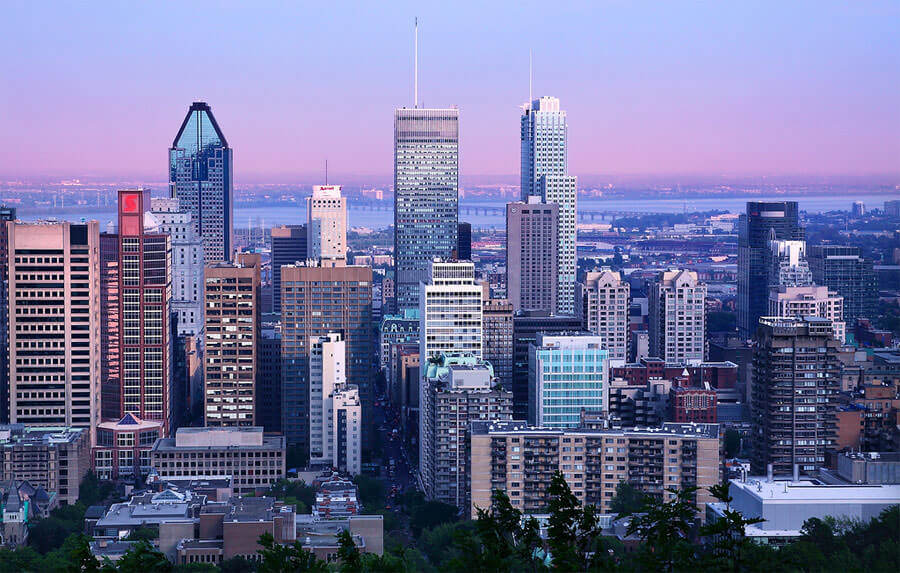 In France, after the Revolution of 1789-1794, all the royal insignia and privileges, as attributes of the monarchy, were abolished. Worthy fellow citizens were encouraged with a cash prize, military units were awarded honorary banners, and soldiers with personal weapons. However, it soon became clear that these incentive measures were not enough, and the First Consul of France, Napoleon Bonaparte, decided to create a new national award.

On May 19, 1802, Napoleon’s law on the establishment of the Legion of Honor (French Ordre national de la Légion d’honneur) was promulgated. It was conceived not only as a distinctive sign, but also as an organization of awarded cavaliers, designed to unite the most worthy citizens in their ranks, both military and civilians.

Soon the organization structure was approved. An ordinary member of the order was called a legionnaire, followed by an officer, a major and a senior officer. The order was led by the Grand Council, at the head of the council was the First Consul. Thus, a privileged caste organization was created in France.

In 1804, the distinctive signs of the order were established according to the ranks, and then the first presentation took place – about 5,000 people received awards. According to the ordinance of 1816, the Legion of Honor became a royal order – letters appeared confirming delivery, as well as division into degrees. The French Order of the Legion of Honor very quickly became the “face” of the national award system, as well as one of the mass orders of the 19th century, as it was awarded to military persons – from marshals to lower ranks. 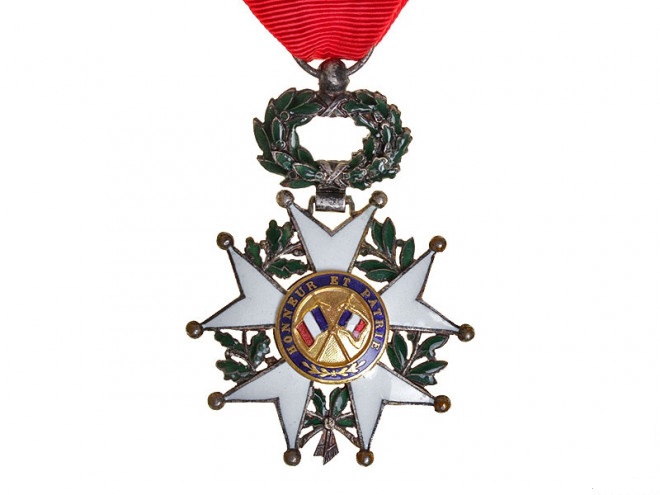 In April 1942, Stalin instructed to develop a draft order to reward soldiers who distinguished themselves in battles with the Nazis. The artists S. Dmitriev and A. Kuznetsov were involved in the work on the design versions of the order. Stalin chose the project of A. Kuznetsov as the basis of the future award, but proposed to replace the name of the order “For Military Valor” with the name “Patriotic War”, taken from the version of S. Dmitriev.

The Order of the Patriotic War was awarded to individuals of the rank and file of the Red Army, Navy, NKVD troops and partisan detachments, who showed courage in the battles for the Motherland, as well as military personnel who, through their actions, contributed to the success of the military operations of the Soviet troops. The right to this order of civilians awarded for their contribution to the victory over the enemy was specifically stipulated. 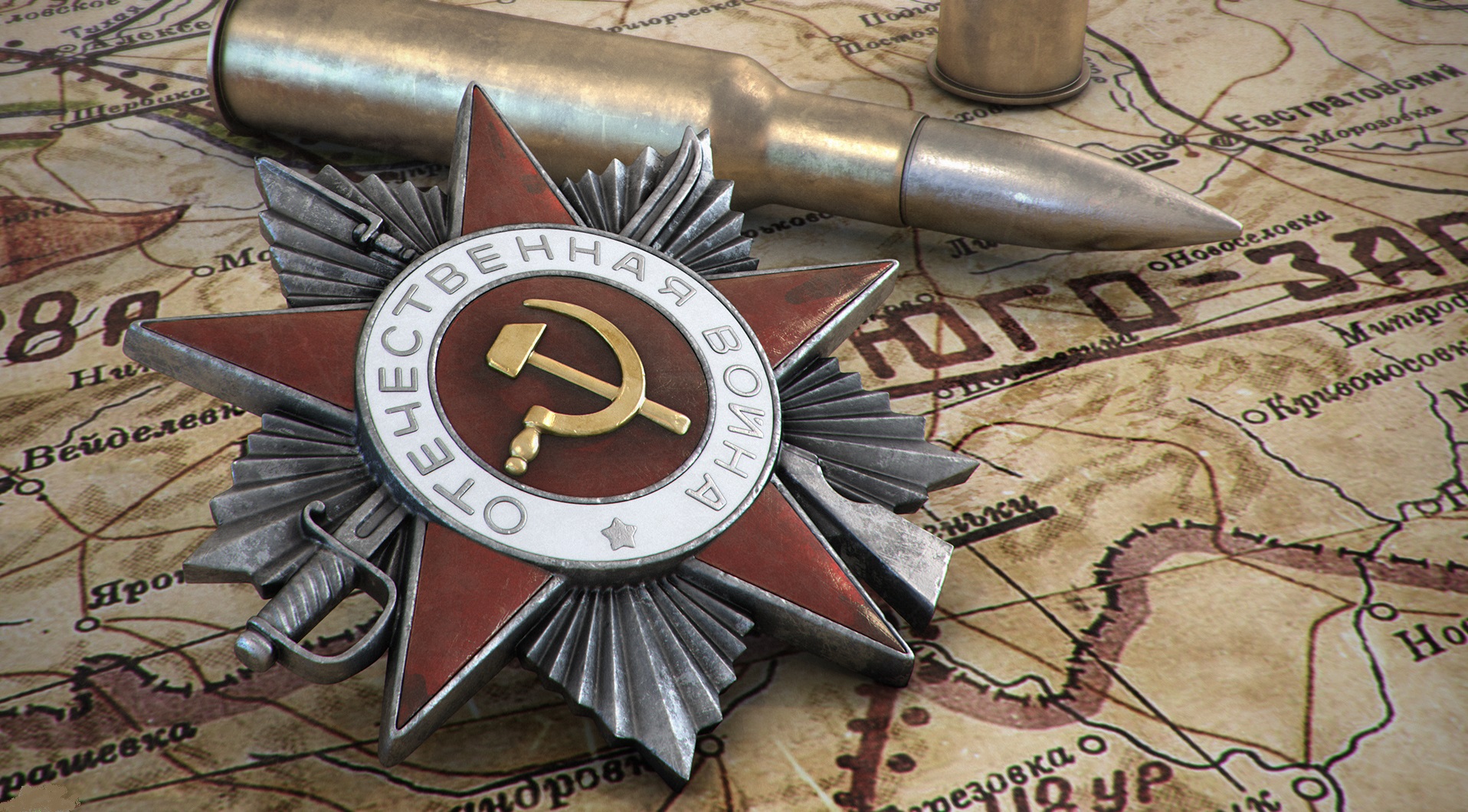 Soviet Order of the Patriotic War

Due to the rapid increase in the number and popularity of international football competitions, the need to create a single organization to manage all world football became apparent at the beginning of the 20th century.

The creators of the new sports organization were representatives of the football federations of seven European countries – France, Belgium, Denmark, Holland, Sweden, Switzerland, as well as the Spanish football club Real Madrid.

As a result, on May 21, 1904, the International Football Federation was founded in Paris (Federation Internationale de Football Association, abbr. FIFA), the main purpose of which was to unite national football federations and contribute to world-class competitions. FIFA’s first president was Robert Guerin.

FIFA ceased to be purely within the European organization with the adoption of the South African Football Association (1909), the Argentine Football Association (1912) and the United States Football Federation (1913). During the First World War, FIFA experienced serious difficulties, as many players went to the front, and the possibility of international travel for tournaments was seriously limited.

After World War II, FIFA entered a new stage in its development. Football confederations were created on all continents, Great Britain returned under the flag of FIFA, the USSR joined (1946). Russia renewed its membership in 1992. The spread of football on the planet was greatly facilitated by television broadcasts.

FIFA has now grown into a global football community with 211 national football associations. The organization’s revenues have increased significantly due to the liberalization of the television soccer market, active marketing policy and the sale of various football products and paraphernalia. FIFA’s headquarters is located in the Swiss city of Zurich. 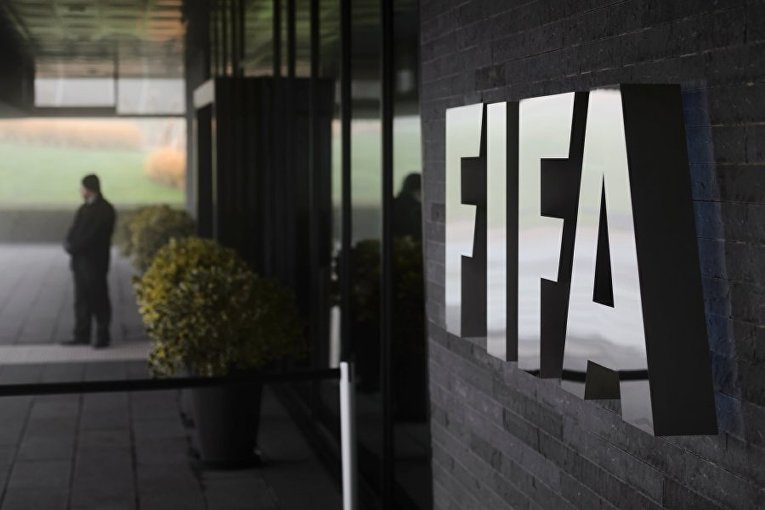 Under the auspices of FIFA, all world-class football tournaments are held, including the FIFA World Cup, a similar tournament among women, youth and youth tournaments, the Confederations Cup and the club world championship.

1940 – In the USSR, the “Hammer and Sickle” medal is established – the insignia of the Hero of Socialist Labor

In 1938, the Decree of the Presidium of the Supreme Soviet of the USSR established the highest degree of distinction in the field of economic and cultural construction – the title of Hero of Socialist Labor.

And after some time, by decree of the Presidium of the Supreme Soviet of the USSR of May 22, 1940, in order to distinguish citizens who were awarded the title Hero of Socialist Labor, a gold medal “Hammer and Sickle” was established.

The Gold Medal “Hammer and Sickle” is a sign of special distinction in the USSR, which was awarded to the Hero of Socialist Labor along with the highest award of the USSR – the Order of Lenin and the diploma of the Presidium of the Supreme Soviet of the USSR, for his services in the field of economic, social and cultural construction. 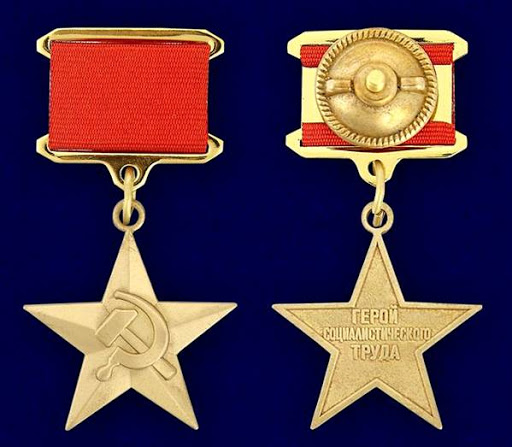 After the surrender of fascist Germany in 1945, all power in the country passed into the hands of military governors in the four occupation zones, into which Germany was divided – Soviet, American, English and French. The onset of the Cold War, the growing confrontation between the USSR and the West made it impossible to recreate a single German state. Therefore, the Western powers decided to promote its formation in the territories under their occupation control.

The Parliamentary Council, which included representatives of the Landtags (parliaments) of the eleven lands of the western occupation zones of Germany and West Berlin, on May 8, 1949 adopted the Basic Law of the future state. The draft law was prepared by a committee of German constitutional law experts. The name “Federal Republic of Germany” was coined by T. Hayes, the future first president of the country.

On May 23, 1949, the Basic Law (Constitution) was published and entered into force. Thus, the Federal Republic of Germany (FRG) was created in the western occupation zone with the capital in Bonn. This day is considered the day of the formation of Germany.

1844 – With the help of Telegraph Morse, the first telegram was sent from Washington to Baltimore

On May 24, 1844, in a ceremonial setting, the first telegram in world history was sent on the first line between Washington and Baltimore, with a length of 64 kilometers. The inventor of this “miracle” was Samuel Finley Breeze Morse.

Until the middle of the 19th century, the only means of communication between the European continent and England, between America and Europe, between Europe and the colonies remained the shipping mail. People learned about incidents and events in other countries late for whole weeks, and sometimes months.

For example, news from Europe to America was delivered within two weeks, and this was not the longest time. Therefore, the creation of the telegraph responded to the most urgent needs of mankind in obtaining reliable information in the shortest possible time. After this technical novelty appeared in most cities of the world, and telegraph lines encircled the globe, sometimes it took minutes for news from one hemisphere to rush to another. 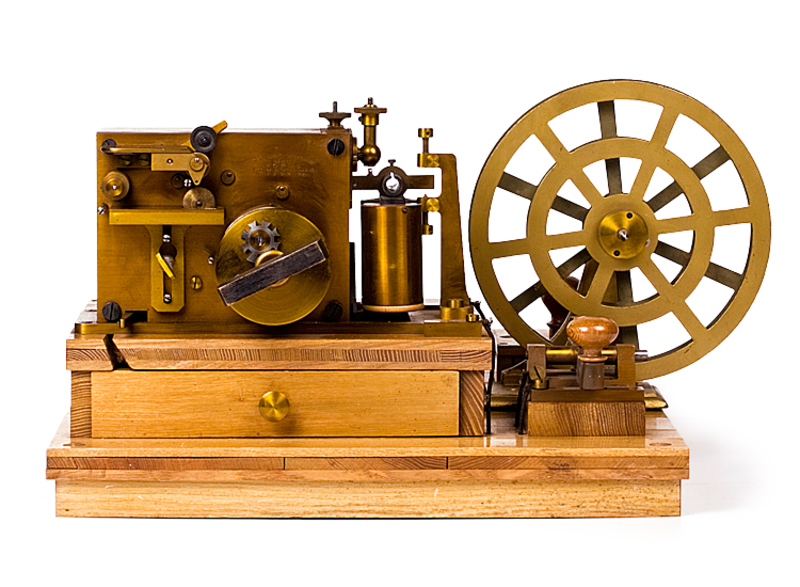