The Medal “For Courage” is one of the first and in its status the highest medal in the award system of the Union of Soviet Socialist Republics, awarded for personal courage and courage in the fight against the enemy.

Prior to the outbreak of World War II, the Medal of Courage was awarded to approximately 26,000 citizens. During the Second World War, more than 4,230,000 citizens received the medal “For Courage”. Many citizens were repeatedly awarded the medal “For Courage”, there are cases of five awards of one person with this award (Stepan Mikhailovich Zolnikov, Pavel Fedorovich Gribkov, Vara Sergeevna Ippolitova).

Since the medal was awarded for personal feat, it was awarded mainly to the privates and sergeants, less often to junior officers. Senior officers and generals were practically not awarded the medal For Courage.
The author of the drawing on the medal is the artist S.I.Dmitriev. 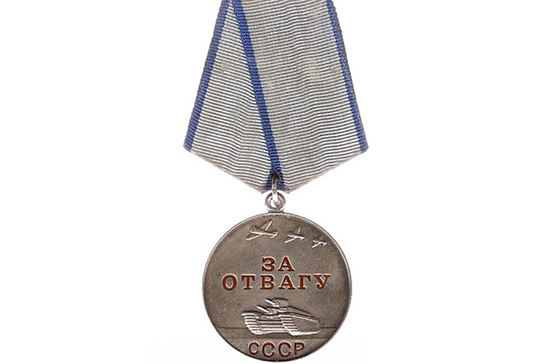 The Medal “For Courage” or Medal “For Valour” is a state decoration of the USSR. Obverse of medal. 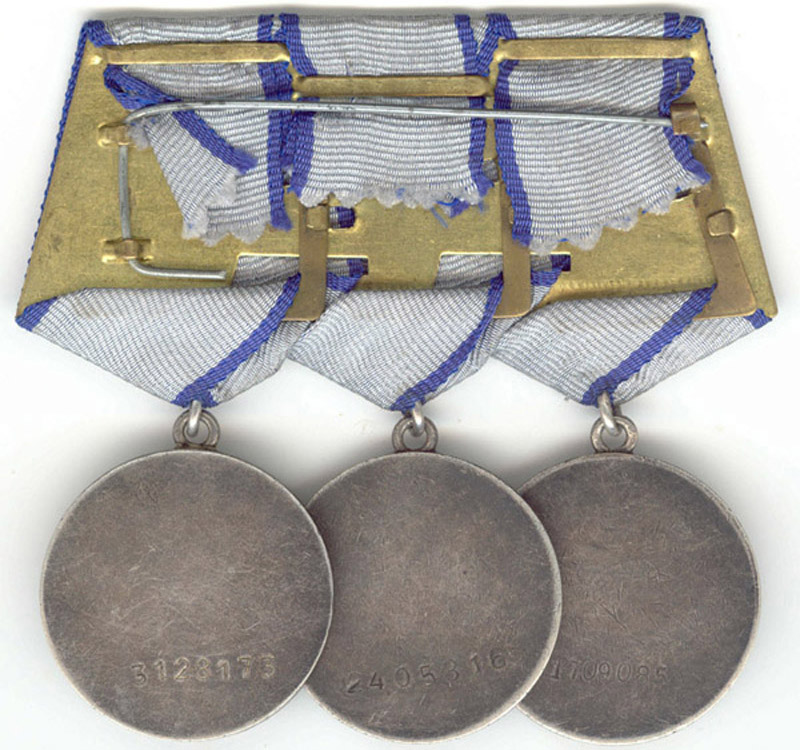 The Medal “For Courage” or Medal “For Valour” is a state decoration of the USSR. Reverse of medal. 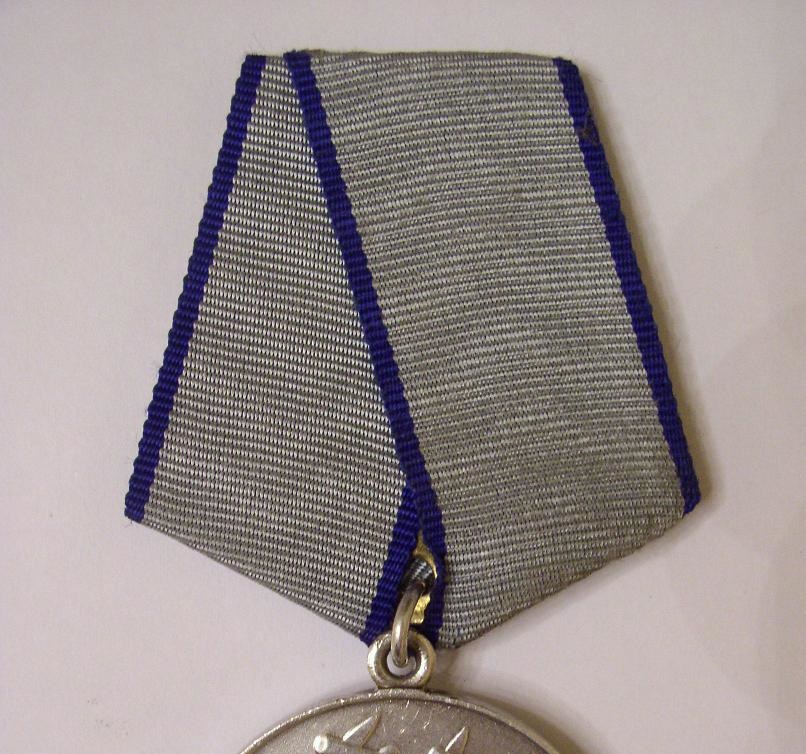 The ribbon of The Medal “For Courage”.

It should be noted that until 1947 a serial number was applied to the medal. However, from January 1947, the medal was produced without a number, although previously produced numbered copies continued to be awarded for some time.
In the post-war years, the medal “For Courage” was awarded much less frequently, since the Soviet Union was officially not at war. However, in 1956, a large group of soldiers were awarded for having distinguished themselves in suppressing the “counter-revolutionary rebellion” in Hungary. So, only in one 7th Guards Airborne Division, 296 people were awarded this medal.

The second mass awarding of this honorary medal falls on the period of military operations of the Soviet Army in Afghanistan. Thousands of soldiers and officers who took part in the war became holders of various military awards, including the medals “For Courage”. 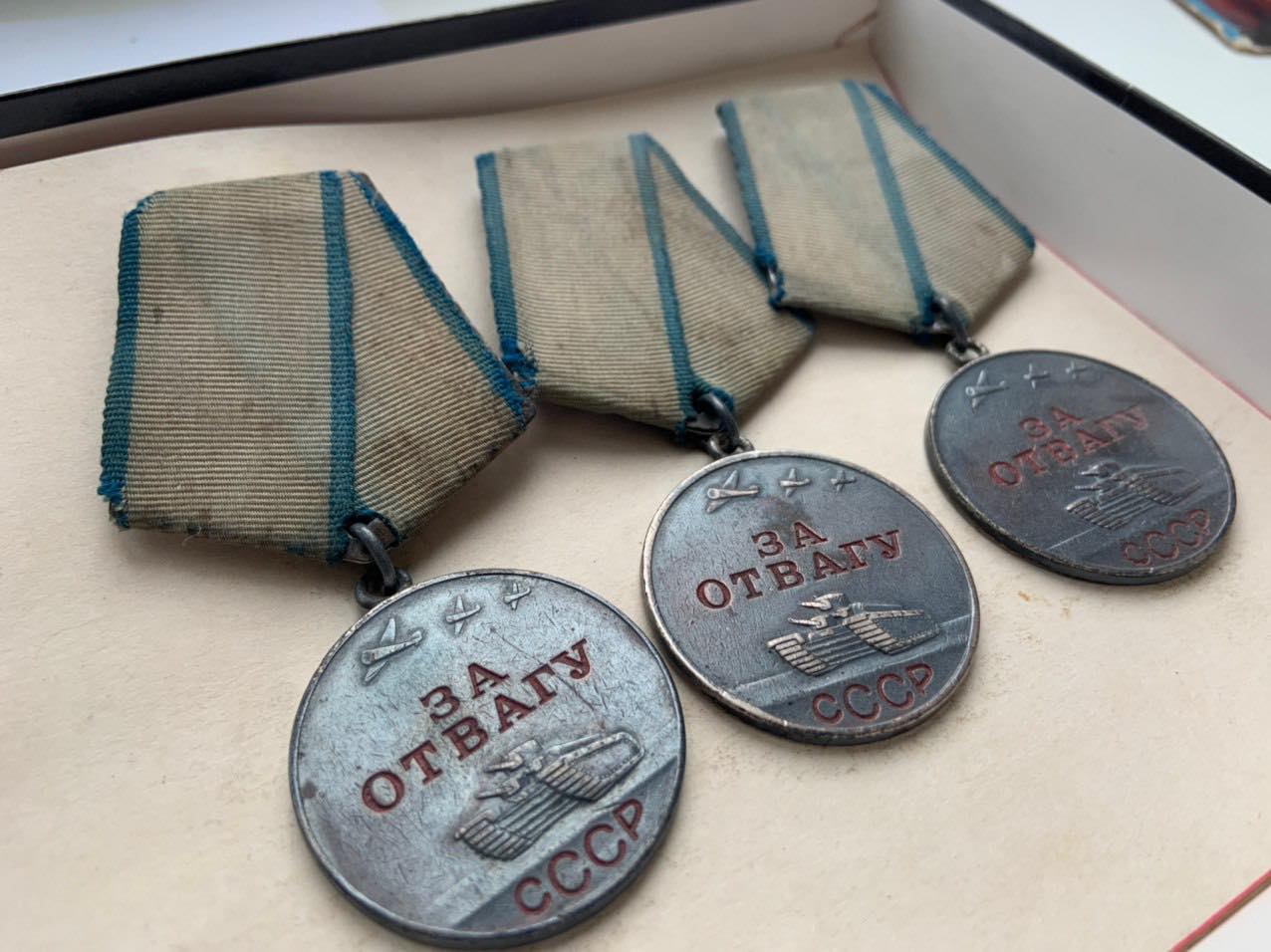 Read: Order of the Red Star

Cavalier of three medals “For Courage” Andrey Timofeevich Smotryaev. The assistant commander of the communications platoon of the 1st rifle battalion of the 222nd rifle regiment of the 49th rifle division, senior sergeant Smotryaev, during the Battle of Stalingrad, ensured uninterrupted communication between the regiment’s units under heavy enemy fire.