The legendary MG 42 machine gun, one of the most recognizable relics of the Second World War. Not many lovers of military managed to find this relic using a metal detector. The soldiers of the Wehrmacht treasured this type of weapon very much, therefore they were not often thrown onto the battlefield.

MG 42 was called by many names during the World War II: “Lawnmower” (because it could mow people like a lawn), “Hitler’s saw” (because of the characteristic sound that appeared during the shooting), “Spandau” (as it was called by the soldiers of the US Army by the name of the area where it was produced). But in fact it is the best machine gun of all times and peoples, and the MG 42 received this title for a reason, but deserved it on the battlefield. 1200-1500 rounds per minute, the ability to quickly change the barrel, reliability and ease of operation – these are not all the advantages of the MG 42 machine gun. Without a doubt, everyone who searches for relics of the WW2 with the help of a metal detector or collects military or Wehrmacht things dreams of finding a real, combat MG 42 in the land. And such a dream came true for forum user Riebert.info –Gunnerman. He has long been fascinated by the war.

History of the Find

The story of how he managed to find a machine gun is completely standard for many who are engaged in metal detect. On one sunny day, a group of search engines went to the battlefield of the World War II, after 30 minutes of searching with a metal detector at the bottom of the trench, they managed to find the legendary MG 42 machine gun. Most likely it was broken by fragments of a mine falling nearby and a thrown during the retreat of troops. In this place, the troops that took part in the battles for Staligrad retreated.

After removing a relic of the WW2 from the earth, those who found it were able to examine it and understand that the state was very bad, the weapon was very much destroyed by rust. Everyone who is looking for metal with a metal detector knows that now it is very difficult to make any find from the WW2 in very good condition, or at least just good. 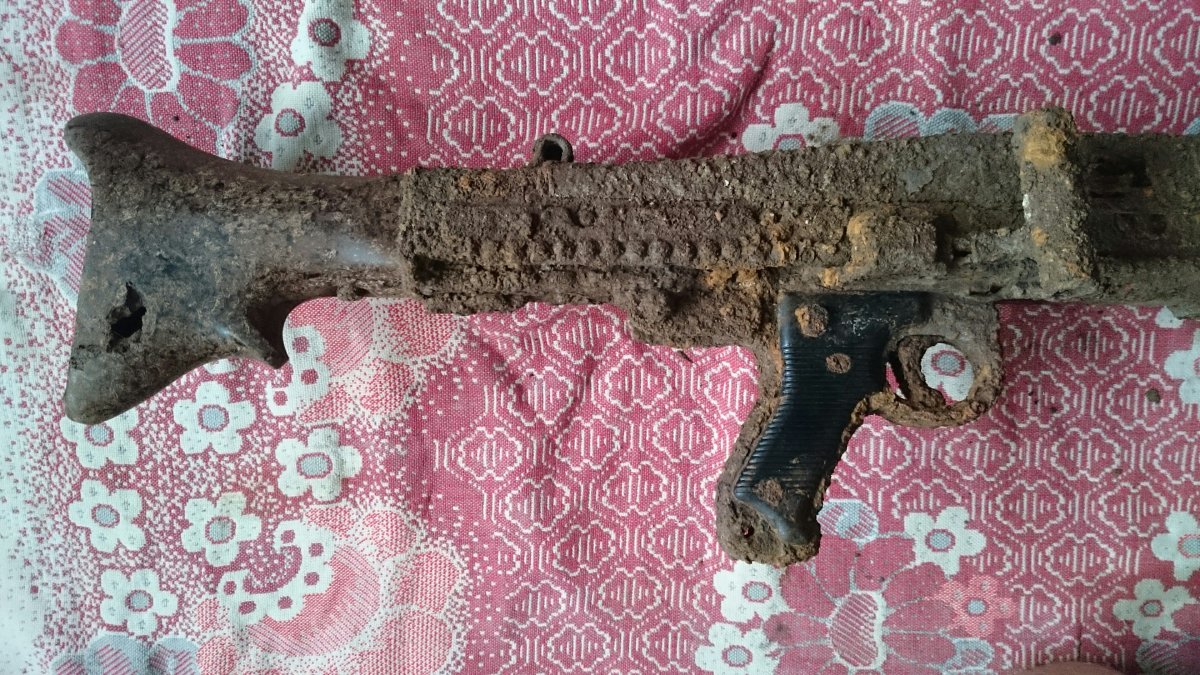 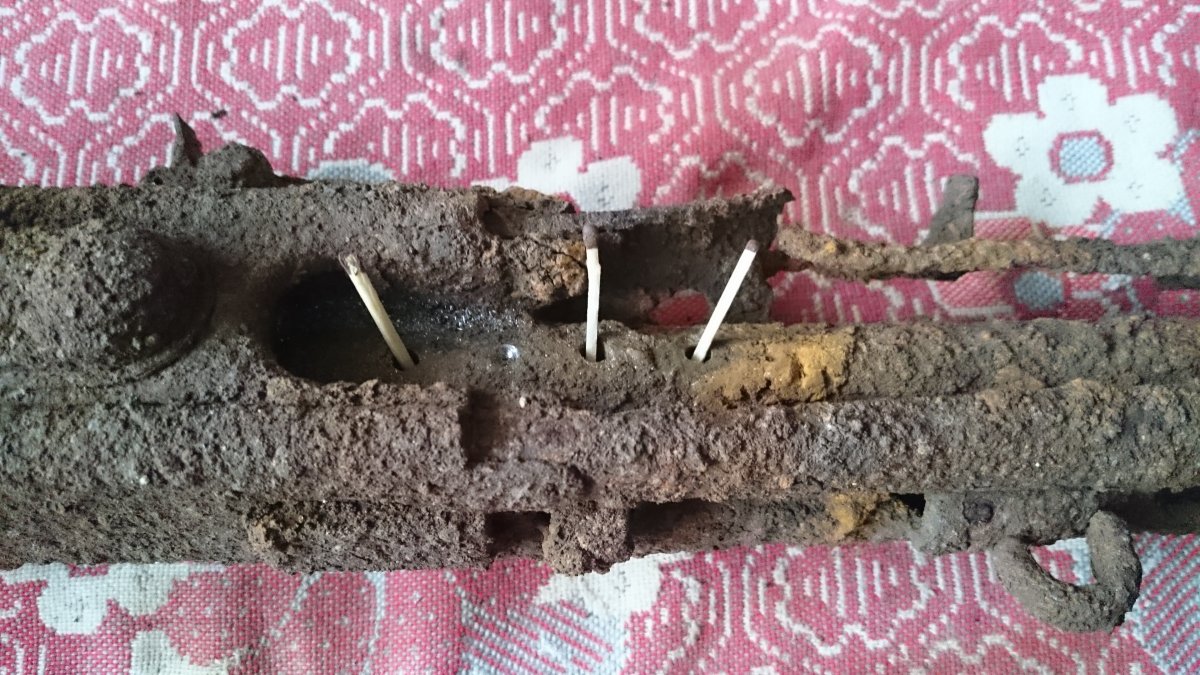 By the beginning of World War II, the Wehrmacht had MG 34 as its only machine gun, created in the early 1930s. For all its merits, it had two serious drawbacks: first, it turned out to be very picky about the skills of a machine gunner and the quality of ammunition; secondly, it was extremely complex and expensive to manufacture, which did not allow meeting the ever-increasing needs of the troops for machine guns.

MG 42 was created in the little-known company “Factory of metal and lacquerware of Johannes Großfus” in Döbeln (German Metall-und Lackwarenfabrik Johannes Großfuß). Designers: Werner Gruner and Kurth Horn. Adopted by the Wehrmacht in 1942. The machine gun was put into production at the Grossfus plant itself, as well as at the Mauser-Werke, Gustloff-Werke and others factories. Production of the MG 42 continued in Germany until the end of the war, with a total production of at least 400,000 machine guns. 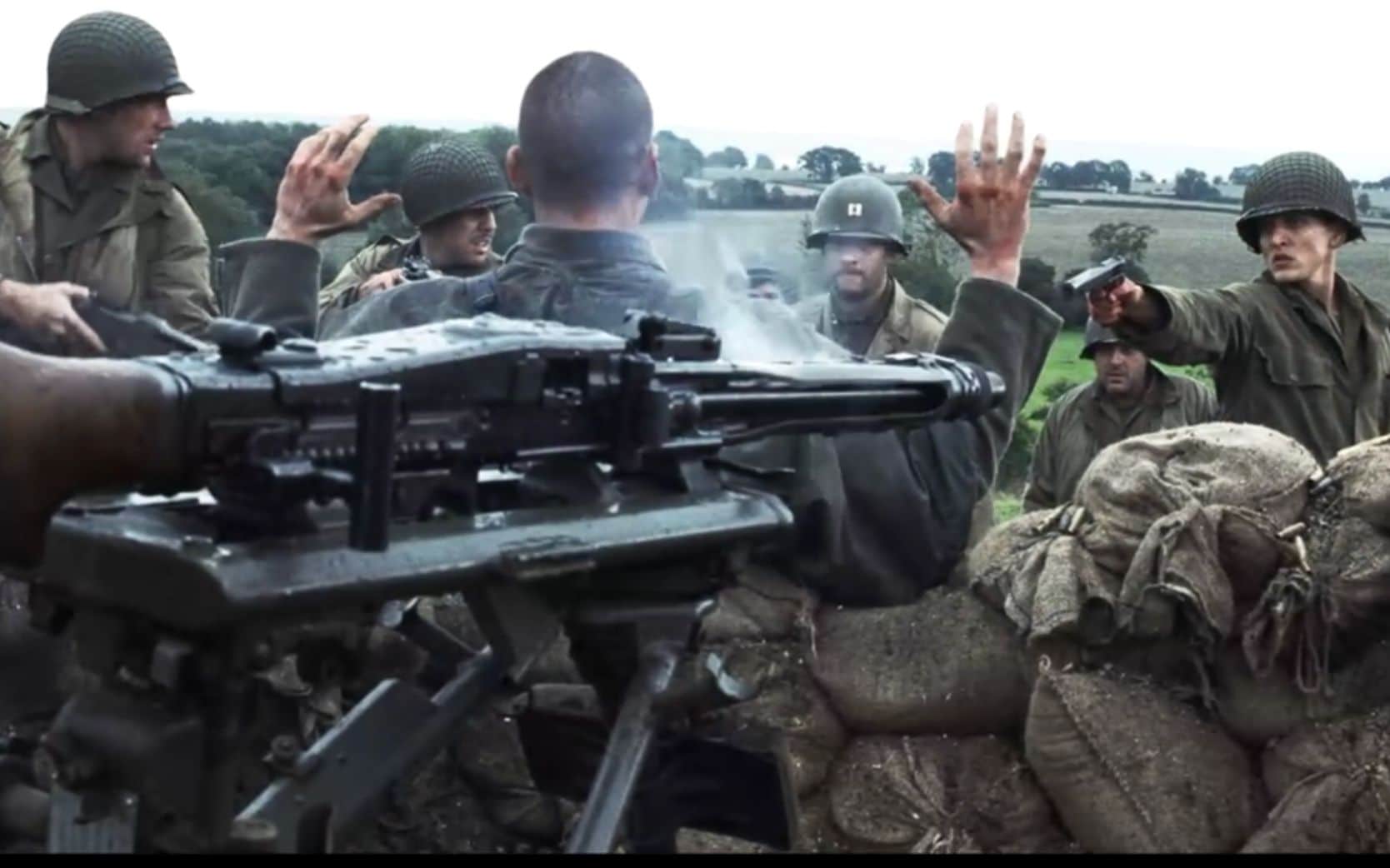 Still from the movie “Saving Private Ryan”. In the foreground is MG.42

At the same time, the production of the MG 34, despite its shortcomings, was not completely finished, since, due to some design features (changing the barrel from the rear, the ability to feed cartridges from either side), it was better than the MG 42, suitable for installation on tanks and in other combat vehicles.