The Minesweeper War Badge or Minesweepers, Sub-Chasers and Escort-Vessel War Badge (German: Kriegsabzeichen für Minensuch-, U-Boot-Jagd- und Sicherungsverbände) was a World War II German military decoration awarded to Kriegsmarine members for service on minesweepers vessels. The award was instituted on 31 August 1940 by Grand Admiral Erich Raeder. It was first awarded on 28 November 1940. It was handed over to officers and sailors serving in minesweepers, as well as submarine hunters.

Conditions for the presentation of the badge: participation in at least three sorties; a wound received during the sortie; successful completion of at least one operation; rescue from a ship sunk during the battle; approximate service for 180 days; for service in mined areas; for performing the functions of escort ships for 25 days. The total number of people awarded was several thousand people. The only version of this badge has been developed. There was also a version of this award, encrusted with nine diamonds, however, cases of presentation were extremely rare. Some signs were made in the form of stripes for a dark blue form. A sign was worn on the left side immediately below the Iron Cross of the 1st class or a similar award.

Awarding continued until May 1945. In total, approximately 4300 people were awarded.

The award is a gilded wreath of oak leaves, inside which is an image of an underwater mine explosion. On the upper part of the wreath is an imperial eagle with a swastika in its claws. 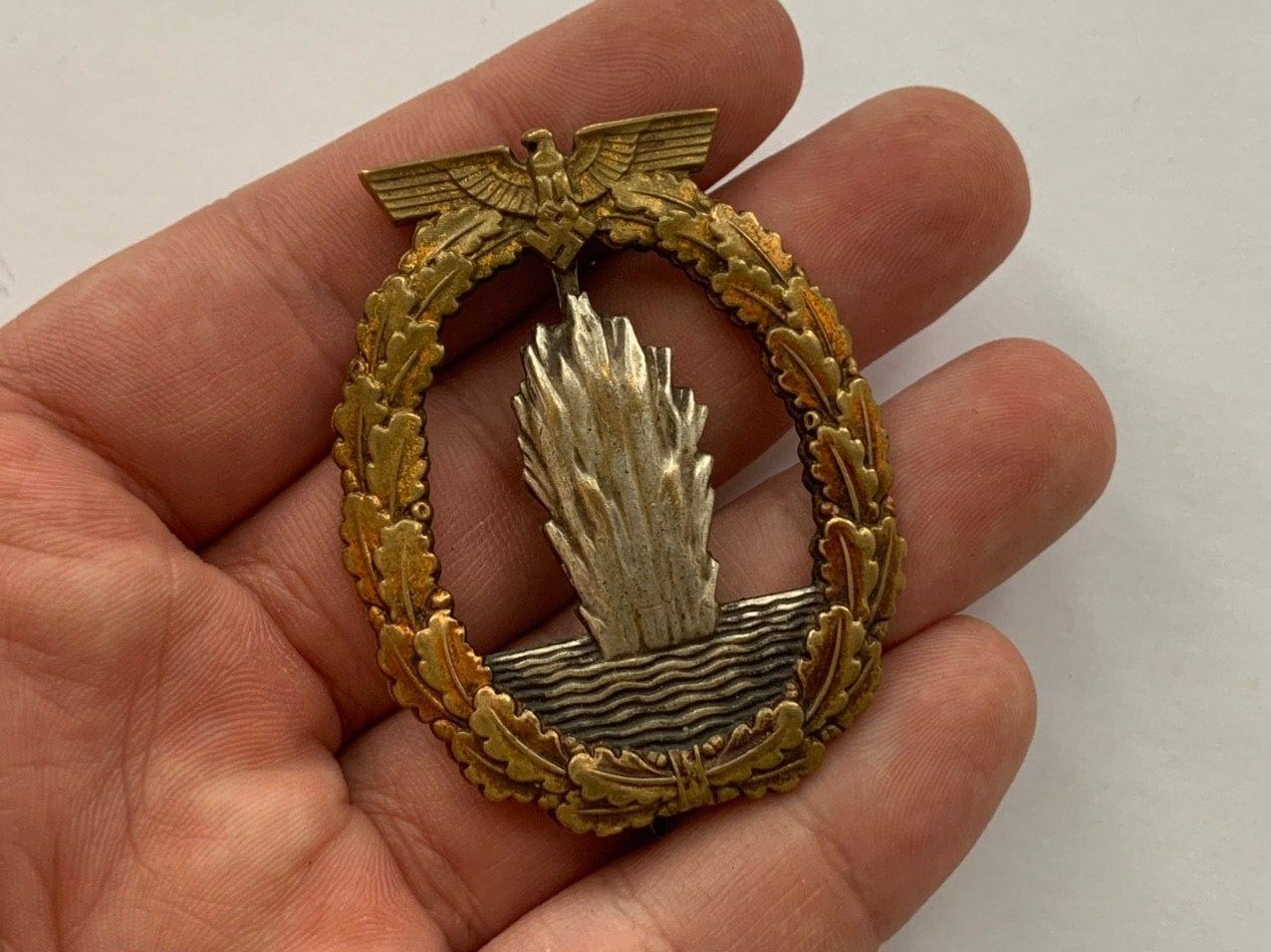 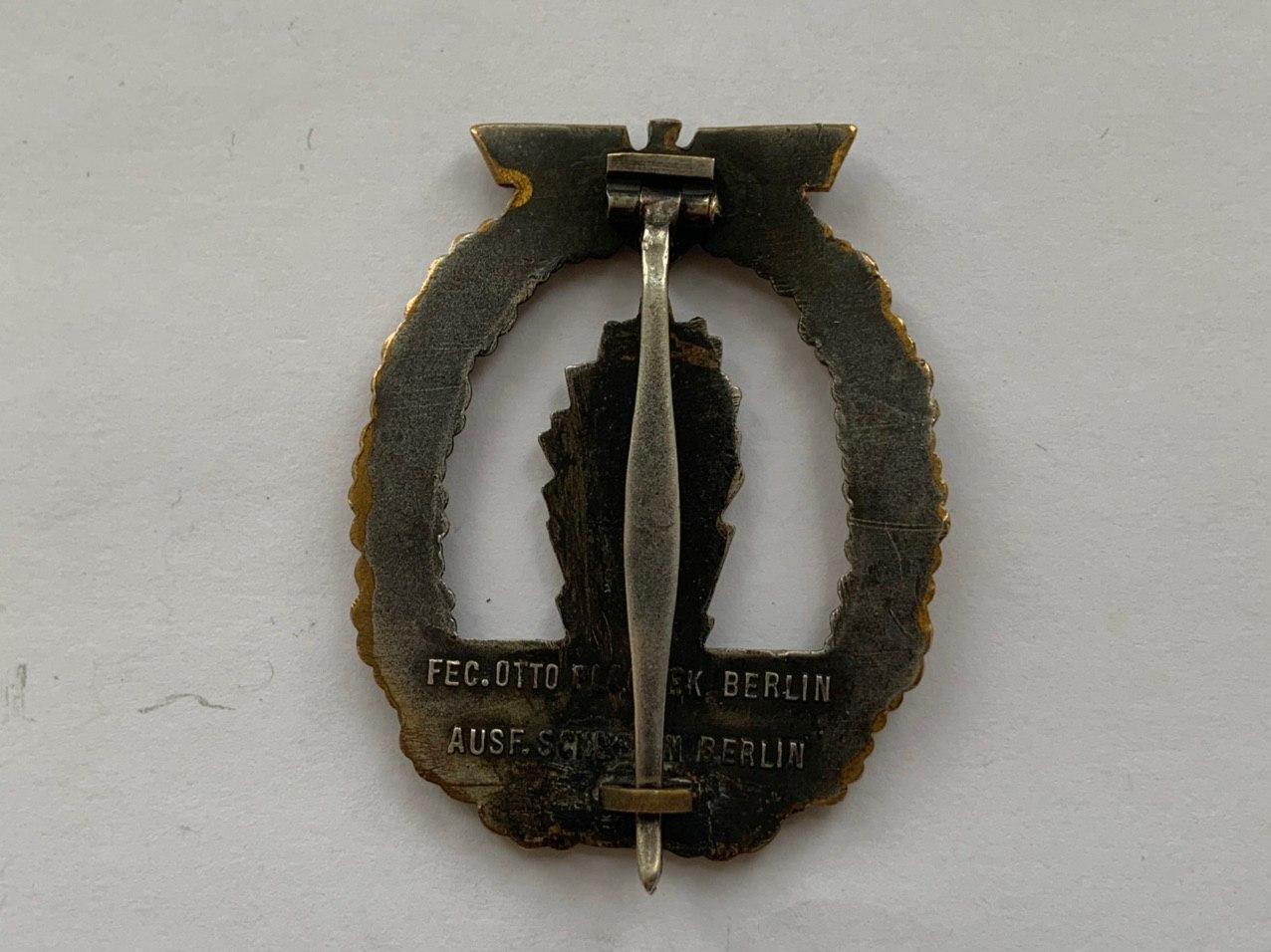 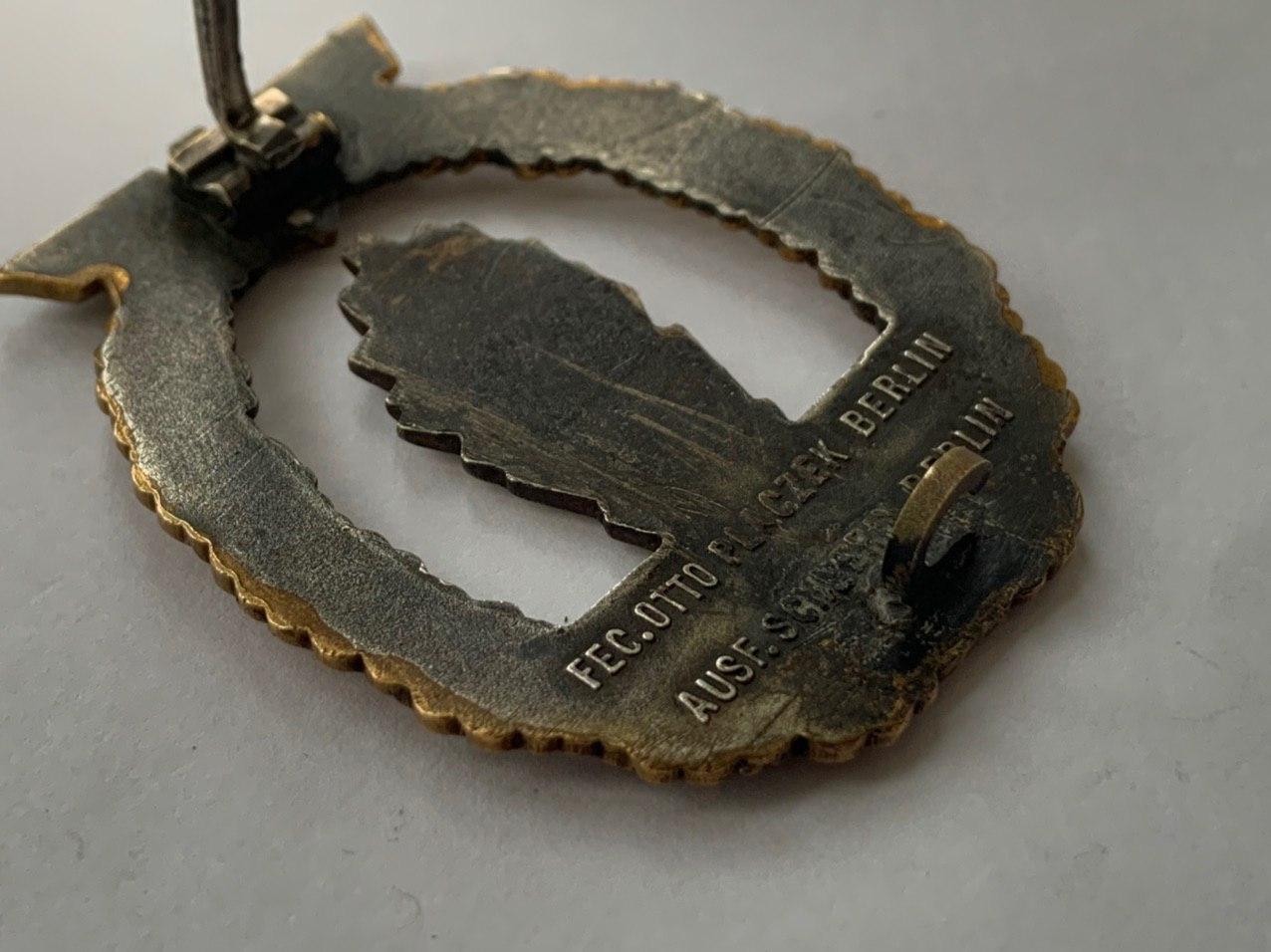 Some badges have an inscription. Photo by Apolon