You’d never know, but we make more finds after dark than during the day! This is a story about one of these amazing night digs:

It was deep into November, when it’s totally dark by 16:00 o’clock. But this did not stop us whatsoever. In fact, we didn’t even arrive until 20:00 o’clock. The site was a village that had been established 400 years ago and met its fate in 1950. I knew of this place because a friend has been here several times. One time he was here,  he found 5 kopeks from the era of Tsarina Catherine II. This is such a beautiful, large and heavy copper coin, and finding it was my absolute dream! I wanted her in my collection. And, as you may guess by the existence of this article, I found one!

The first few signals we got were from metallic waste, but then came the moment that I dreamed about: a very clear signal very clear (the sound was very loud, monetary). Breaking the clump of dirt with my hands and with a small light from my phone, I saw the oh-so-familiar silhouette of a patrimonial coat of arms of Catherine II. Emotions overwhelmed me, and I wanted to immediately end excavation so that I could go home and clean up the coin. But after my emotions subsided a bit, I continued to dig and found a few more coins of different value, a few buttons, and some kind of old valve. My first 5 kopecks from the time of Catherine 2. Photo by @Vitamin 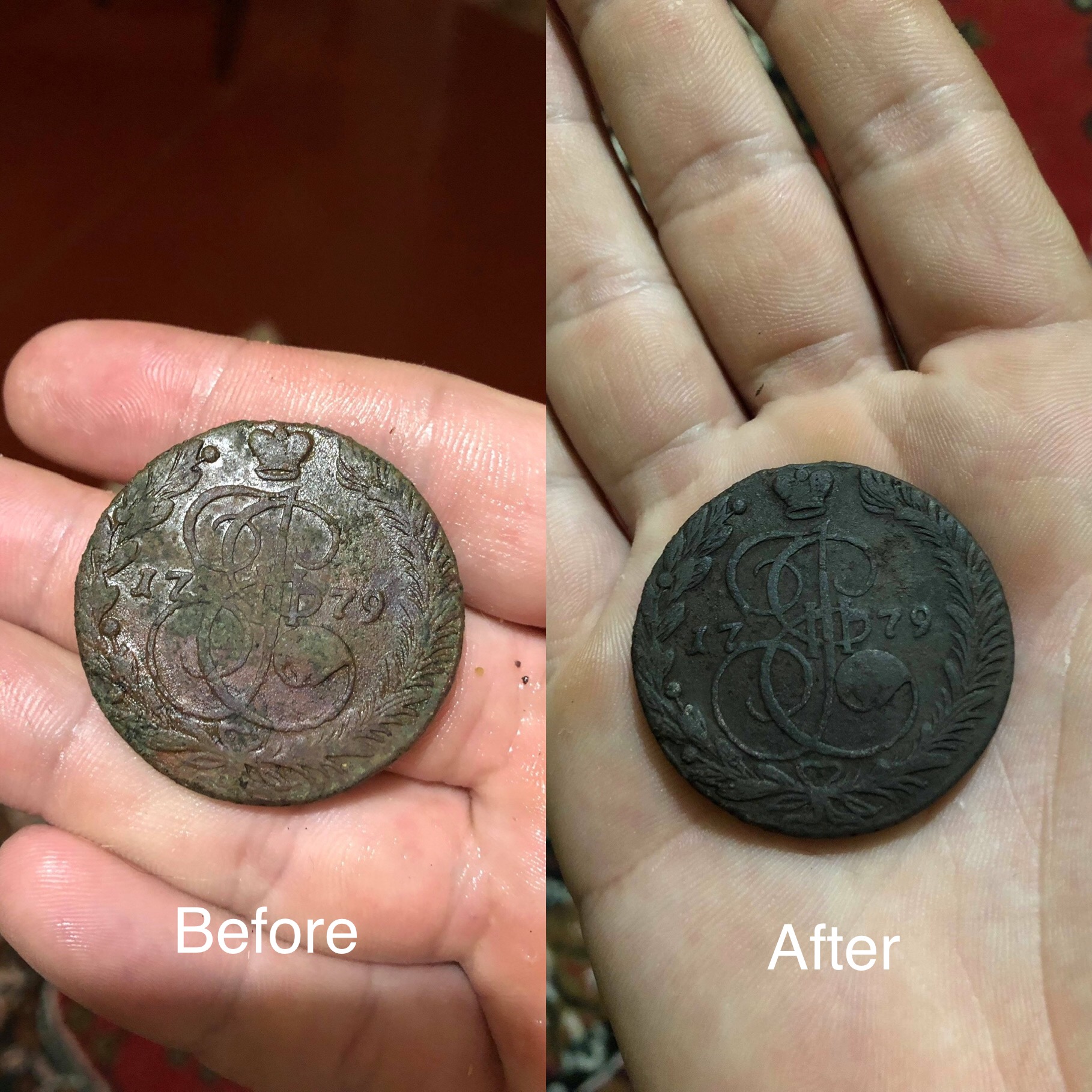 Obverse coins before and after cleaning. Photo by @Vitamin Reverse coins before and after cleaning. Photo by @Vitamin All finds of that day. Photo by @Vitamin