Hi friends, I want to show you one of the rarest and most interesting Soviet orders/badges that I have in my collection. This is the Order of Glory. There are about six such orders in my collection; today I will tell you about one of them.

The Order of Glory is a military order of the USSR, established by the Decree of the Presidium of the Supreme Soviet of the USSR of November 8, 1943 “On the establishment of the Order of Glory of the I, II and III degrees.” The order was awarded to ordinary soldiers, sergeants and foremen of the Red Army, and in aviation – to persons with the rank of junior lieutenant. It was handed over only for personal merits; military units and formations were not awarded with them.

The Order of Glory is awarded to one who: 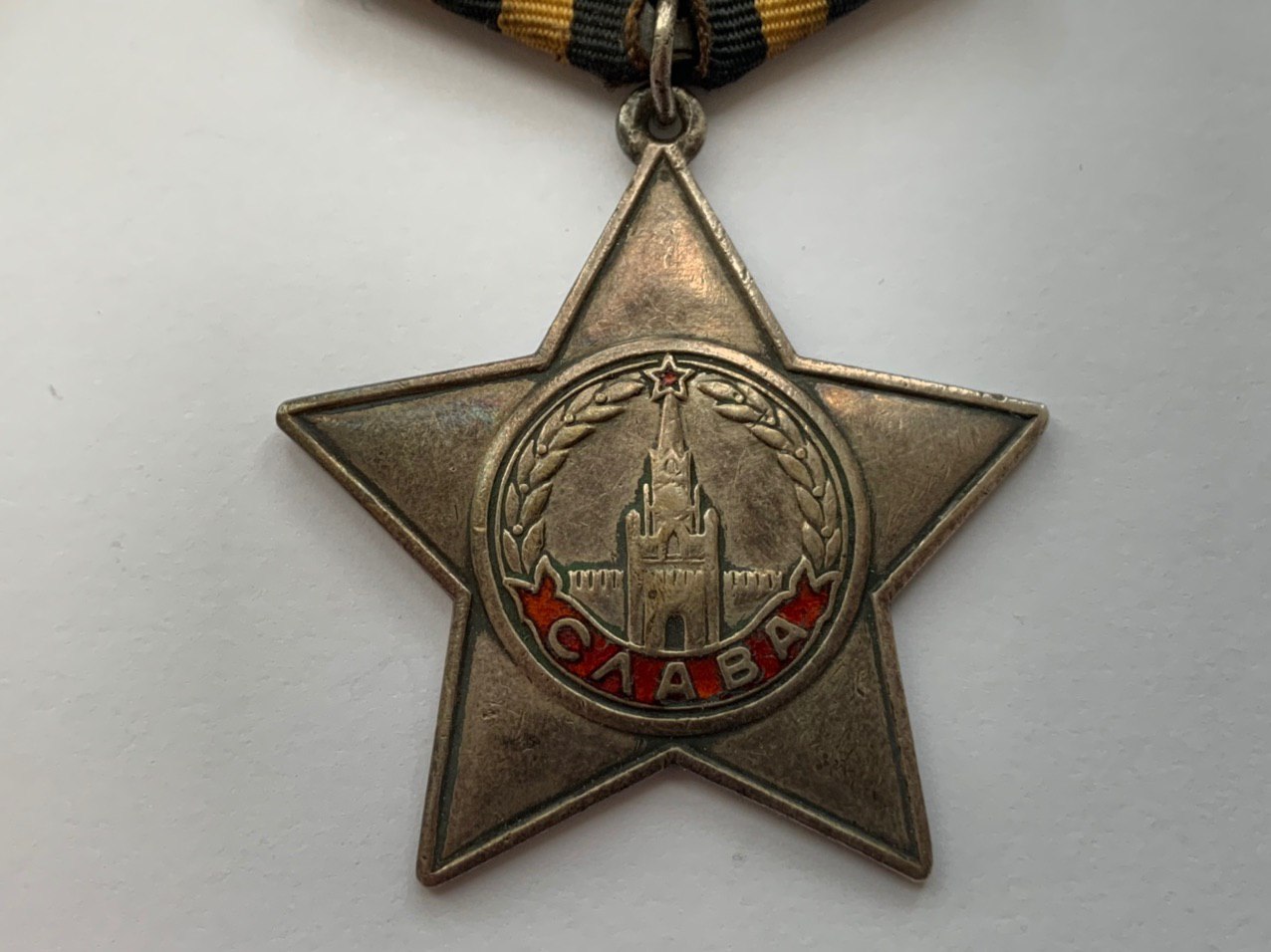 Originally, the Order of the Soldiers was supposed to be named after Bagration. A group of nine artists developed 26 sketches. A.V. Khrulev selected 4 of them and presented them to Stalin on October 2, 1943. It was envisaged that the order would have four degrees and be worn on a black and yellow ribbon – the colors of smoke and flame. N.I. Moskalev proposed the St. George ribbon. Stalin approved the ribbon and decided that the order would have three classes, as well as the orders of Suvorov and Kutuzov. Having said that victory cannot be without glory, he proposed to name the award the Order of Glory. A new sketch of the order was approved on October 23, 1943.

The badge of the Order of Glory is a five-pointed star with a size between opposite vertices of 46 mm. The surface of the rays of the star is slightly convex. On the front side in the middle part of the star there is a circle-medallion with a diameter of 23.5 mm with a relief image of the Kremlin with the Spasskaya Tower in the center. Around the medallion is a laurel wreath. In the lower part of the circle is the convex inscription “GLORY” on a red enamel ribbon. 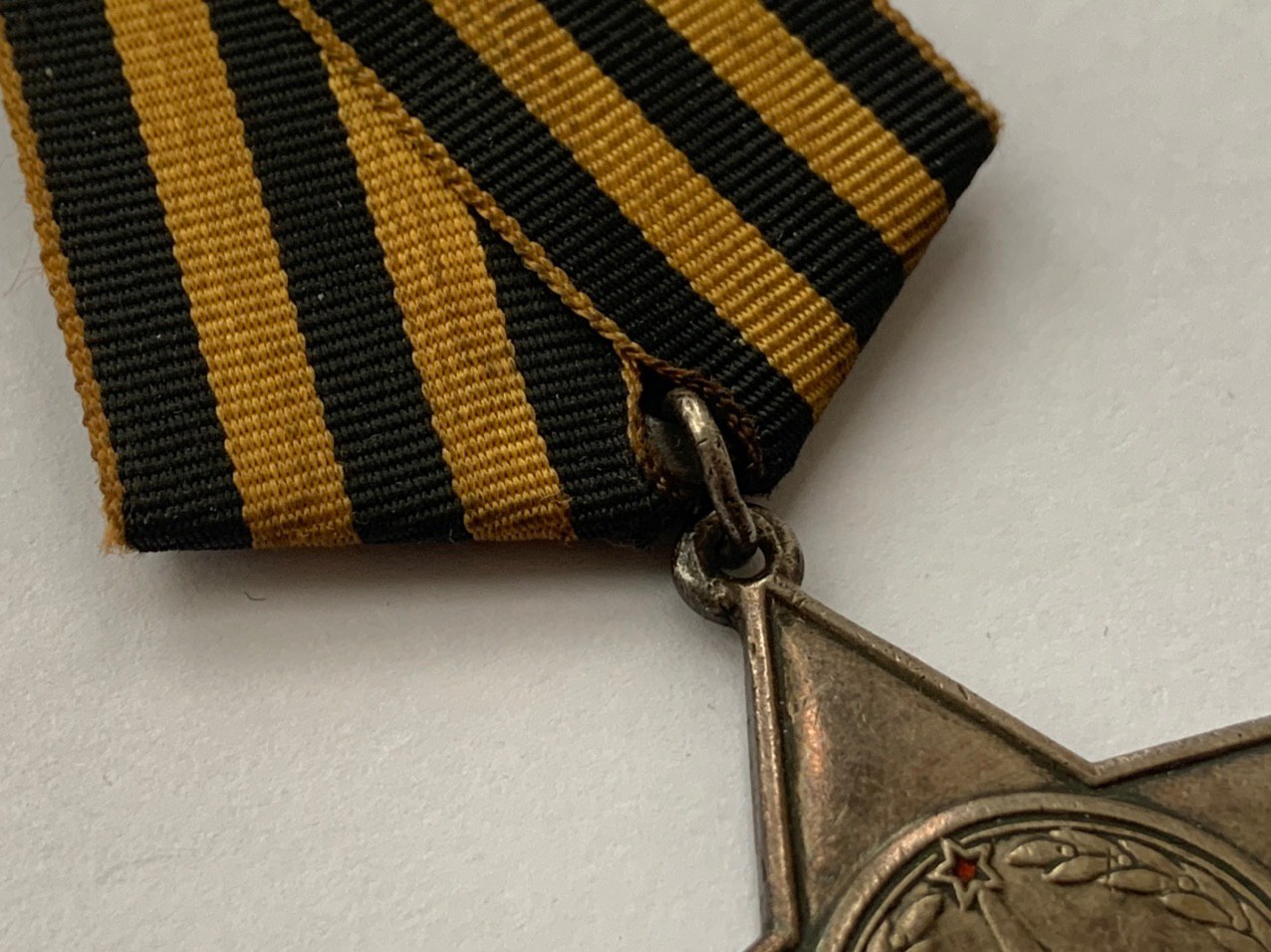 On the reverse side of the order there is a circle with a diameter of 19 mm with a relief inscription of the “USSR” in the middle. On the edge of the star and the circle on the front side are convex sides. 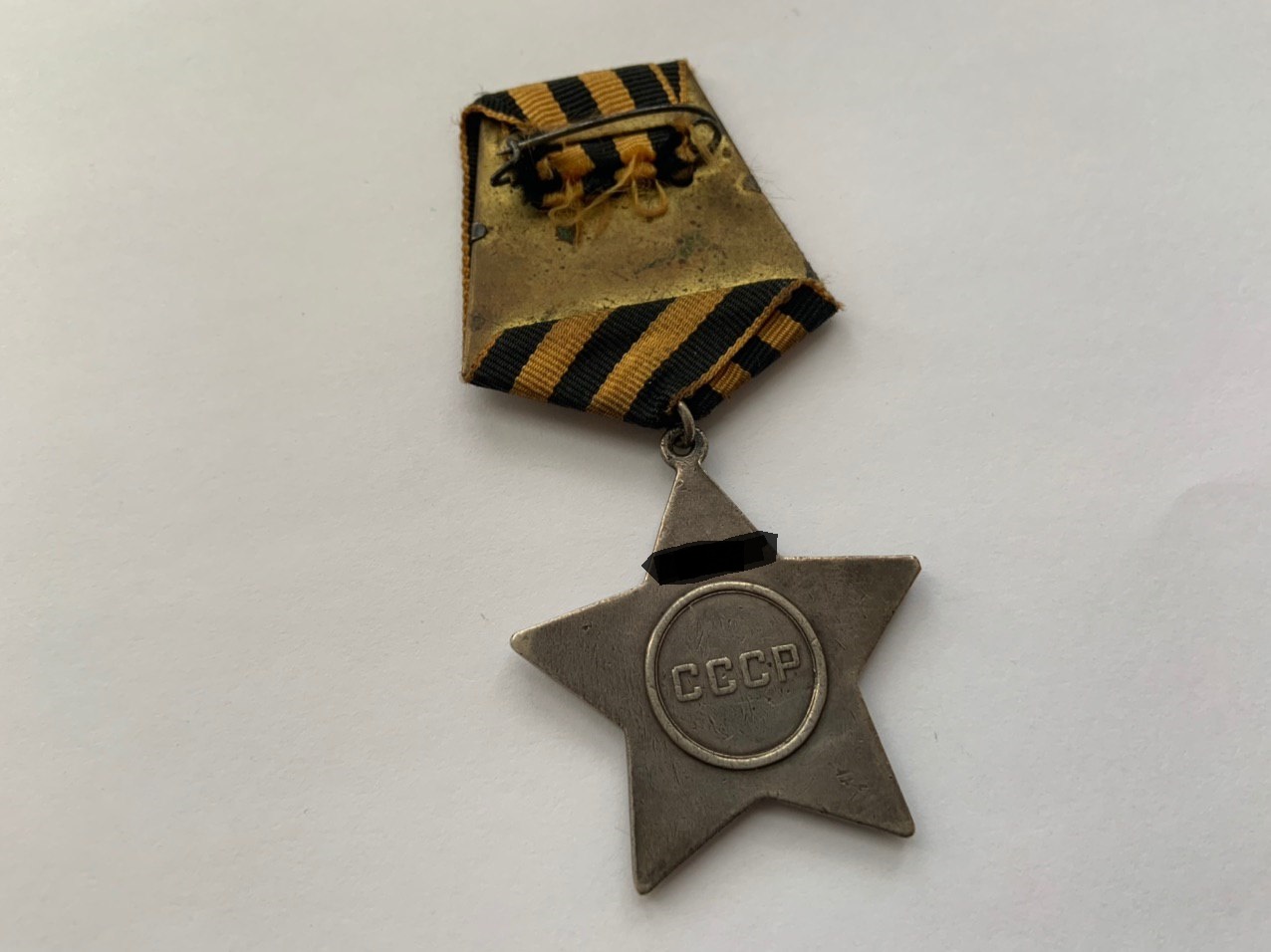 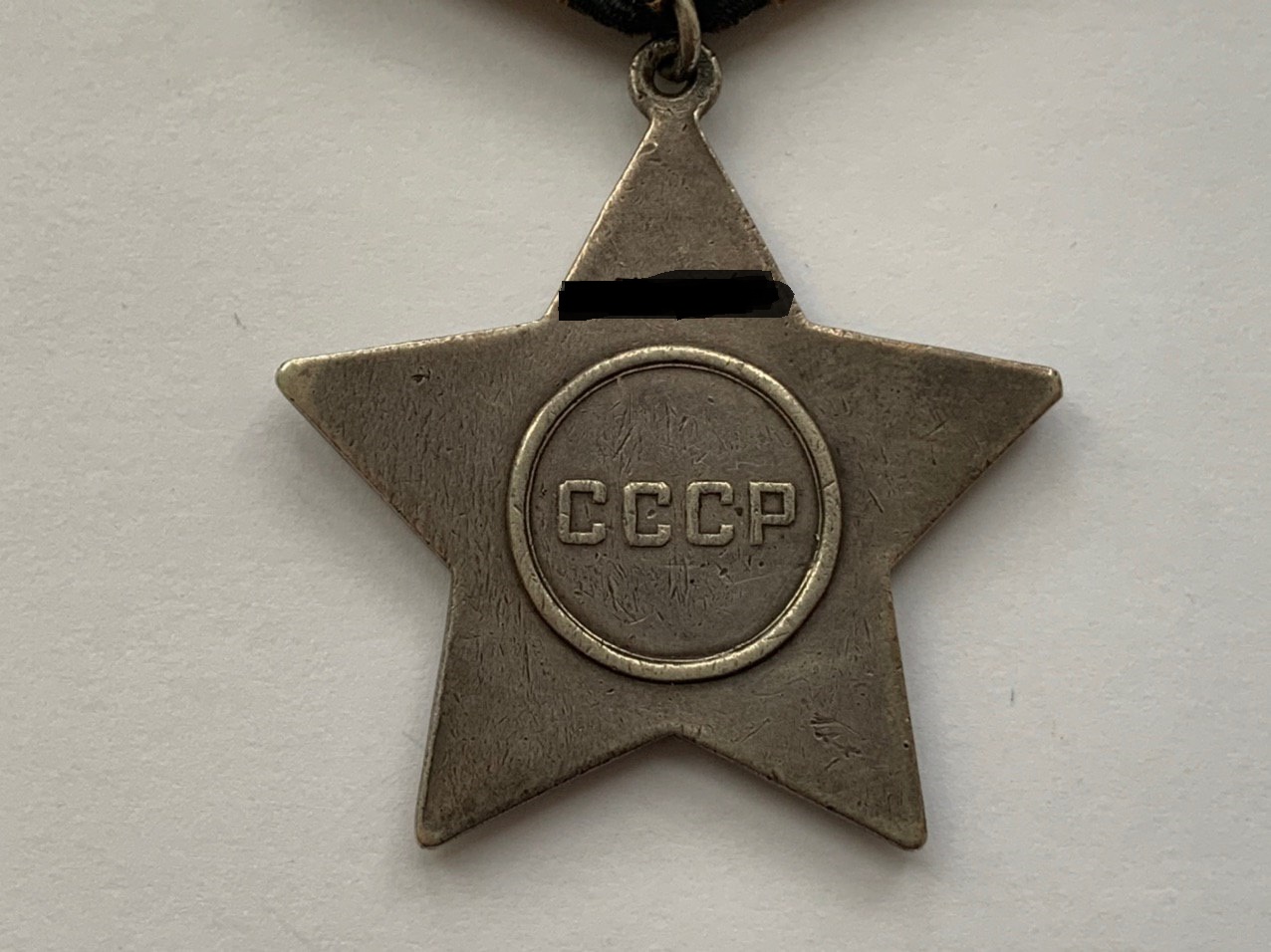