Hello! Today I will show you the very first and one of the most beautiful Soviet order/badge that is in my collection, this is the Order of the Red Banner. 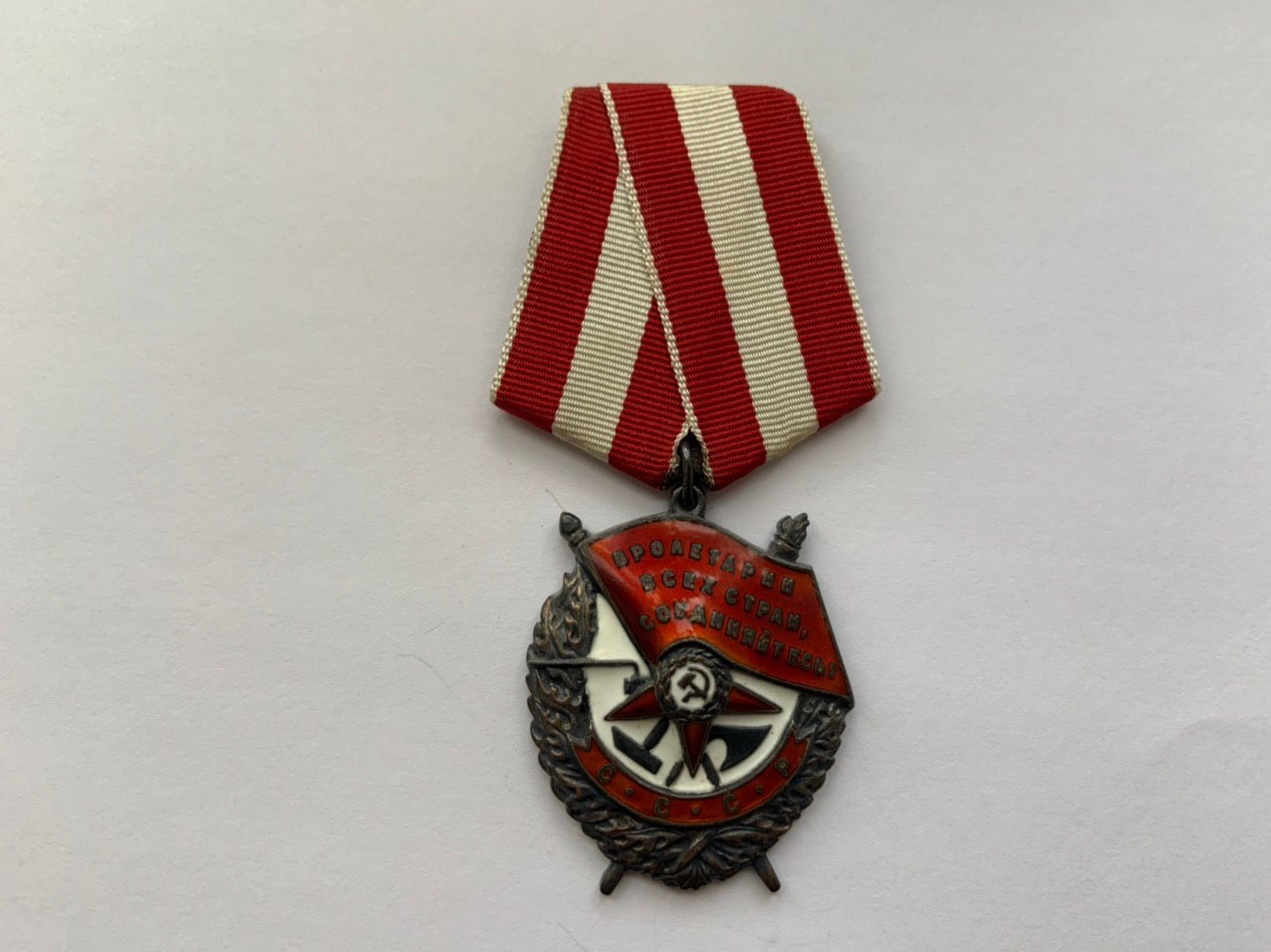 Awarding the Order of the Red Banner was done:

In the center of the order there is a round sign, covered with white enamel, which depicts a golden sickle and a hammer framed by a gold laurel wreath. Under the round sign there are three rays of an inverted red star, under which the hammer, plow, bayonet and red banner with the inscription: “Workers of all countries, unite!” are depicted. Outside, the order is entwined with a gold laurel wreath, on which a red ribbon with the inscription “USSR” is placed. The Order of the Red Banner is made of silver. The height of the order is 40 mm, the width is 36.3 mm. In the first versions, the Order of the Red Banner was suspended on a red ribbon, which was folded in the form of a socket. Later, a pentagonal block was added to the round sign, covered with a red silk moire ribbon with a wide white stripe in the middle and narrow white stripes at the edges. 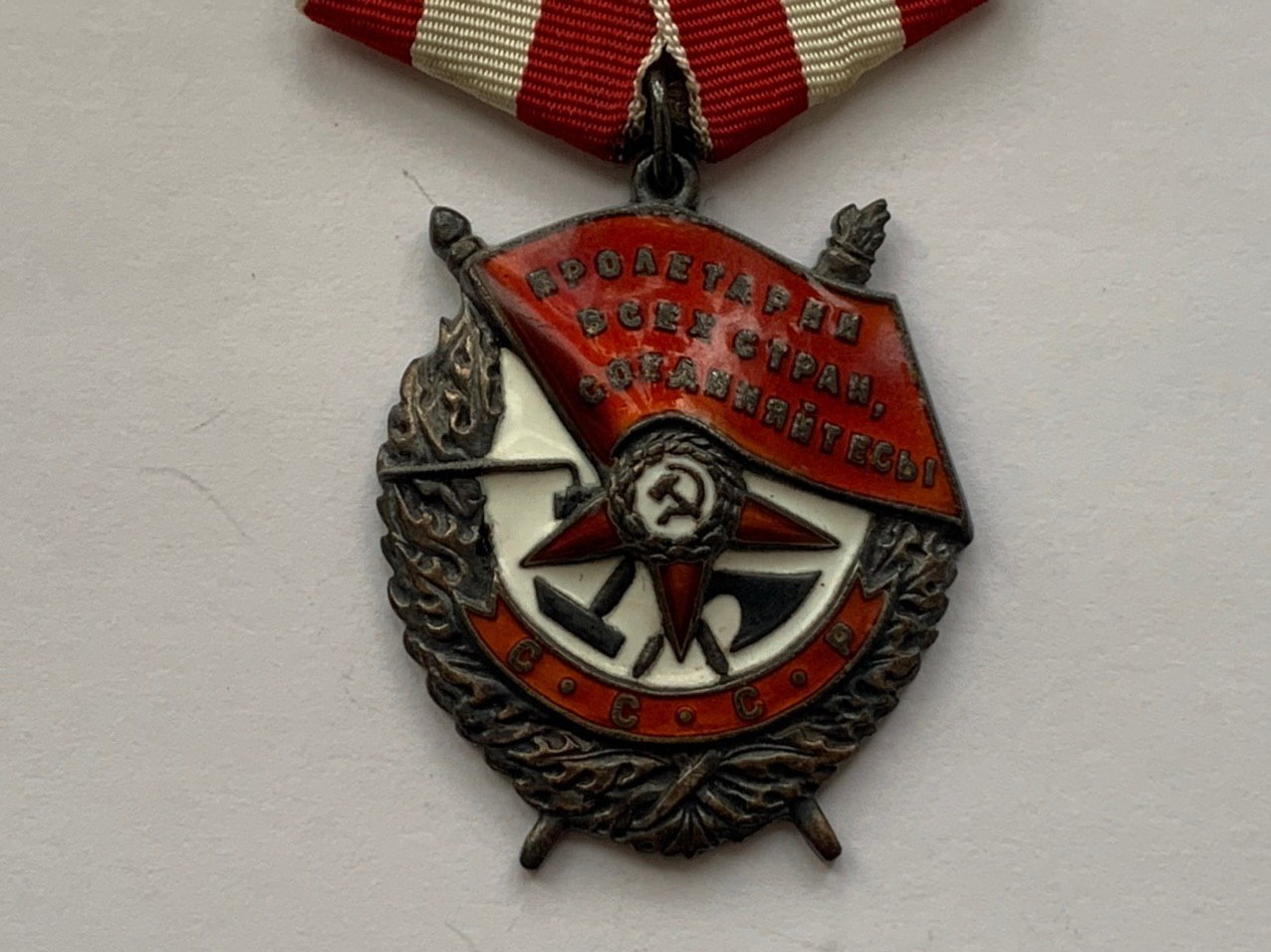 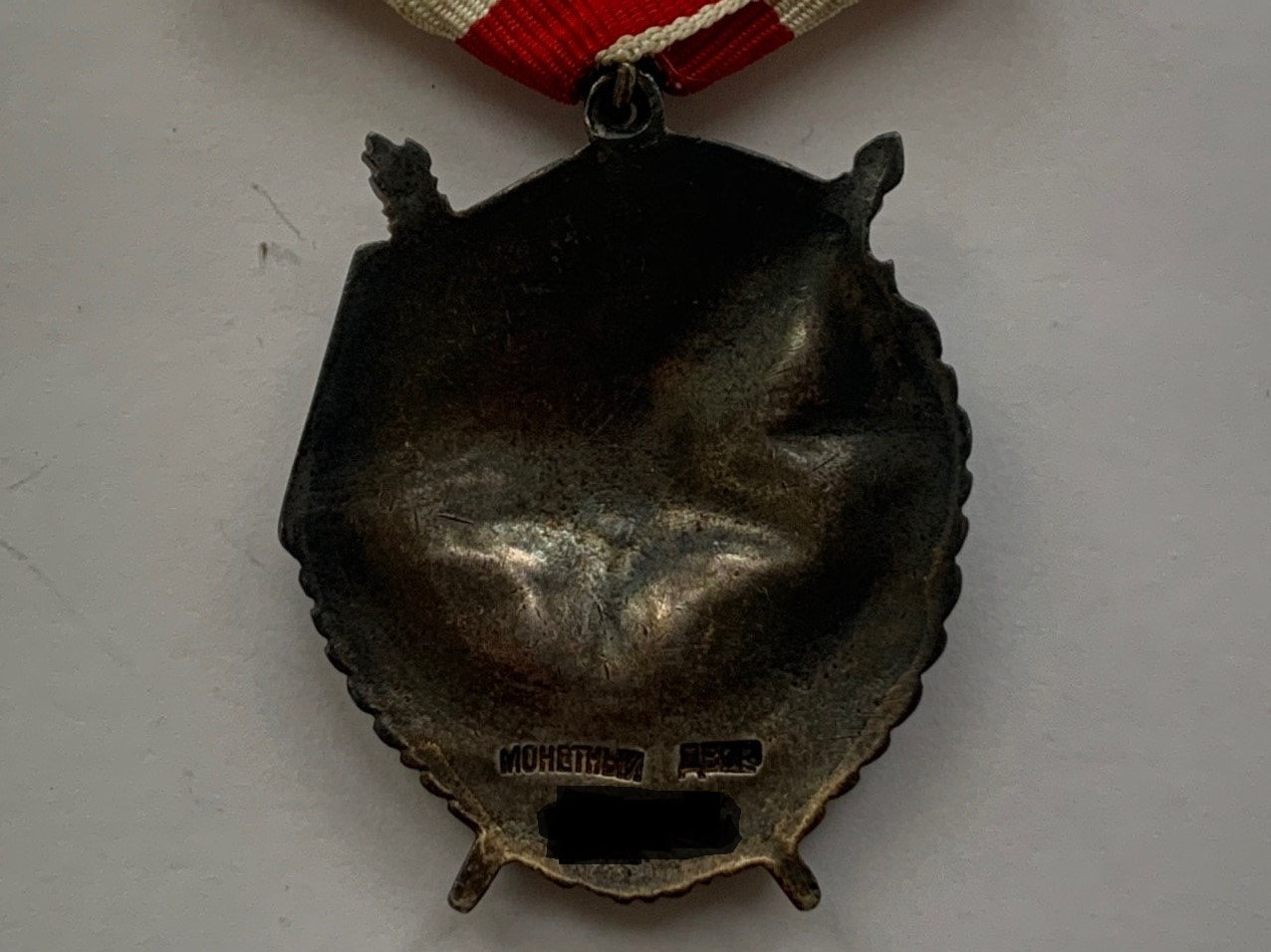 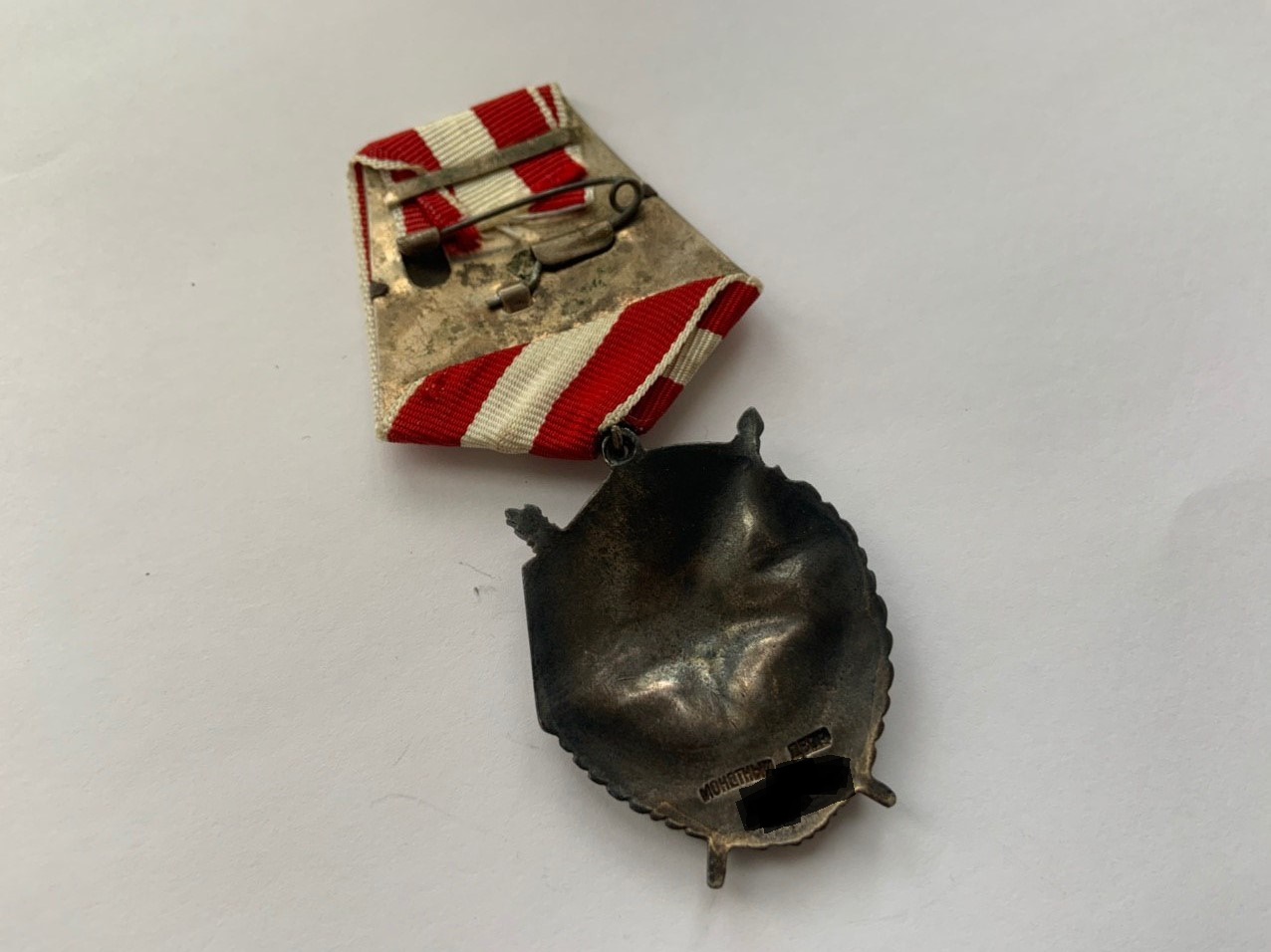 The order, with the help of an eye and a ring, is connected to a pentagonal block covered with a silk moire ribbon 24 mm wide. In the middle of the ribbon is a longitudinal white stripe 8 mm wide, closer to the edges are two red strips 7 mm wide each and two white strips 1 mm wide at the edges. 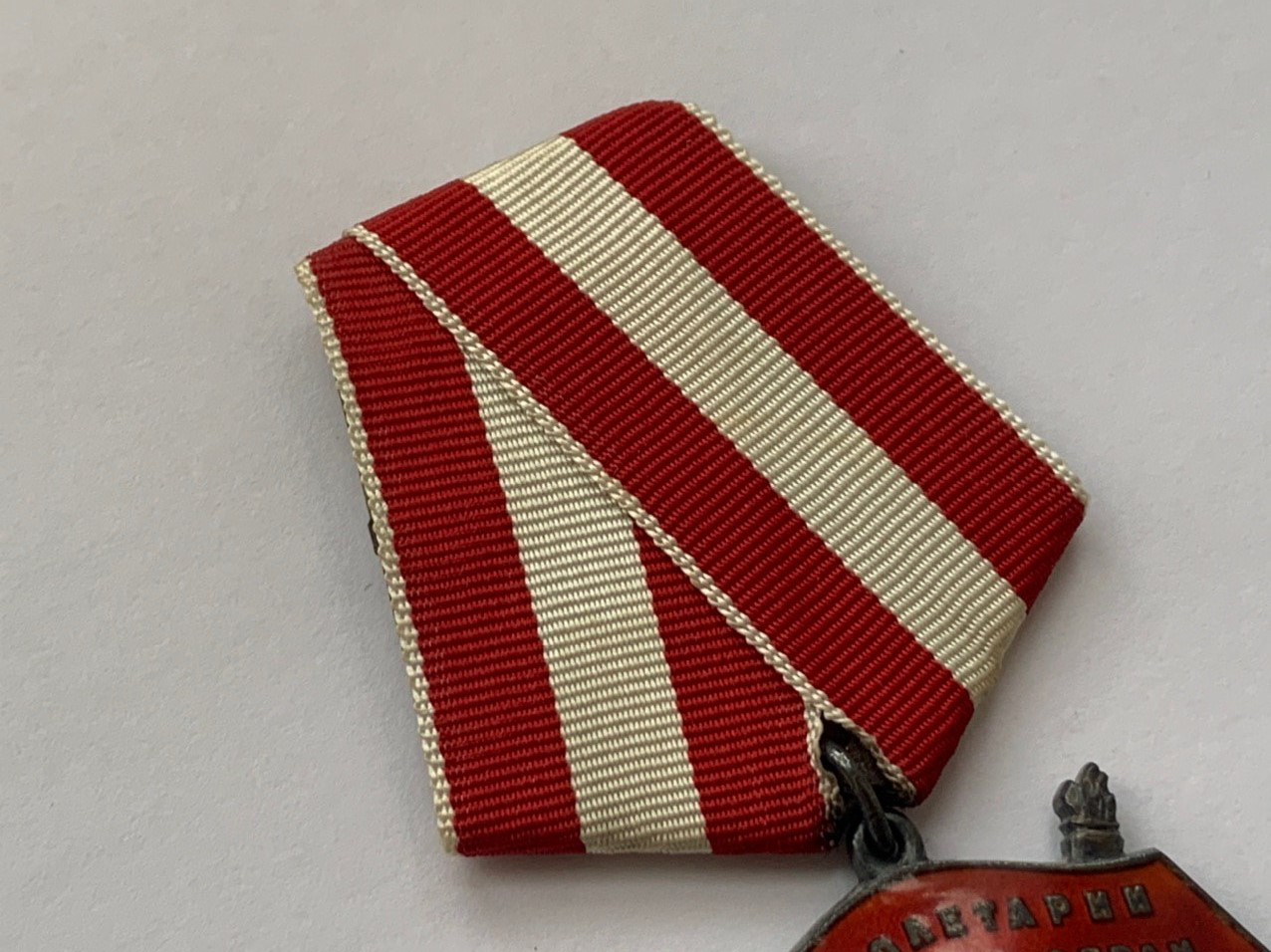 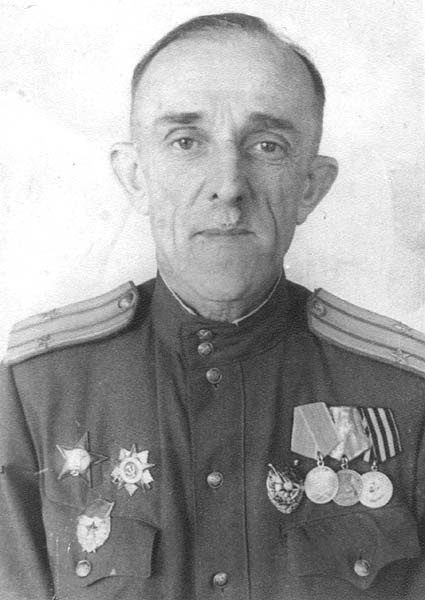 The holder of the Order of the Red Banner of the RSFSR Guard Lieutenant Colonel Serdyukov Nikolai Pavlovich,