Dear reader, in this article you will learn about the first Soviet-made steel helmet adopted by the Red Army. This WW2 relic is considered desirable among the treasure hunters and collectors of the CIS countries. SSh-36 (also known as “khalhingolka”).

SSh-36 (also known as “khalhingolka”) is the first Soviet-made steel helmet, adopted by the Red Army in 1936. In the 30s, the Red Army was in dire need of a more modern helmet, and therefore its development began in the mid-1930s. In 1935, the Leningrad Metallurgical Plant began production of a new helmet, developed by the designer – Schwartz, adopted by the army in 1936 and designated SSh-36. The new helmet received an original hemispherical shape with a prominent forward visor. Its silhouette was like a German steel helmet. 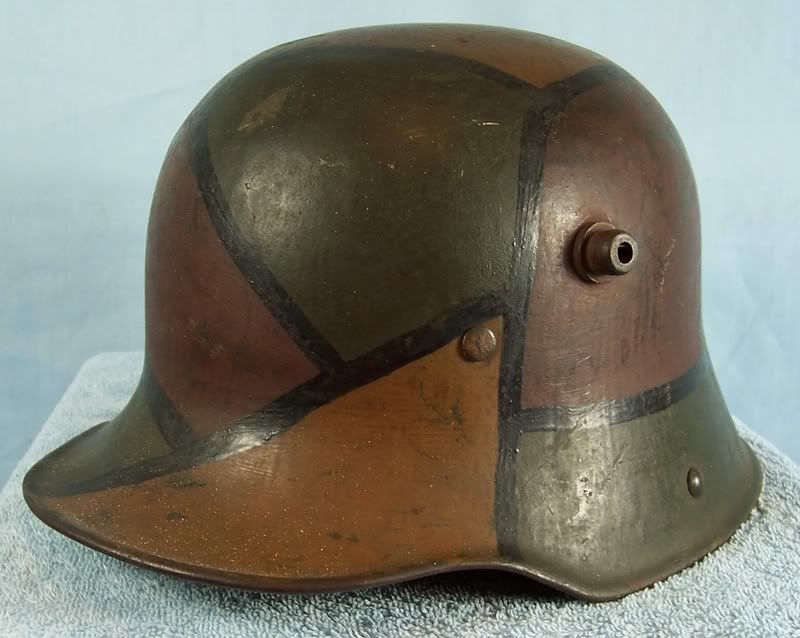 Stahlhelm (steel helmet) – infantry helmet, which under this name is associated primarily with the German armed forces from 1916 to 1945. Replacing the Pickelhelm during the First World War, the Stahlhelm later became one of the most recognizable attributes of the Wehrmacht soldiers. Photo by www.pinterest.co.uk

Indeed, you can see some similarities between these helmets. Photo by Wikipedia.

The baptism of fire SSh-36 received in Spain during the civil war, where it was supplied to the Republicans and international brigades. Later the helmet was used by the Red Army in the battles on Khasan and Khalkhin-Gol, where he received the nickname “Khalkhingolka”, as well as in the Winter War and the Polish campaign in 1939. During its operation, a significant number of shortcomings were identified. So the wide brims created the effect of “sail” and impeded the movement of the soldier, and the large visor reduced the view. It was for these and other reasons that in 1939 work began on the next helmet, which later received the name SSh-39, then SSh-40.

Beginning in 1940, the Red Army began a gradual replacement of the SSh-36 with helmets of a new model, but the outbreak of the Second World War delayed this replacement. For this reason, the SSh-36 was used by Soviet soldiers until about 1942. 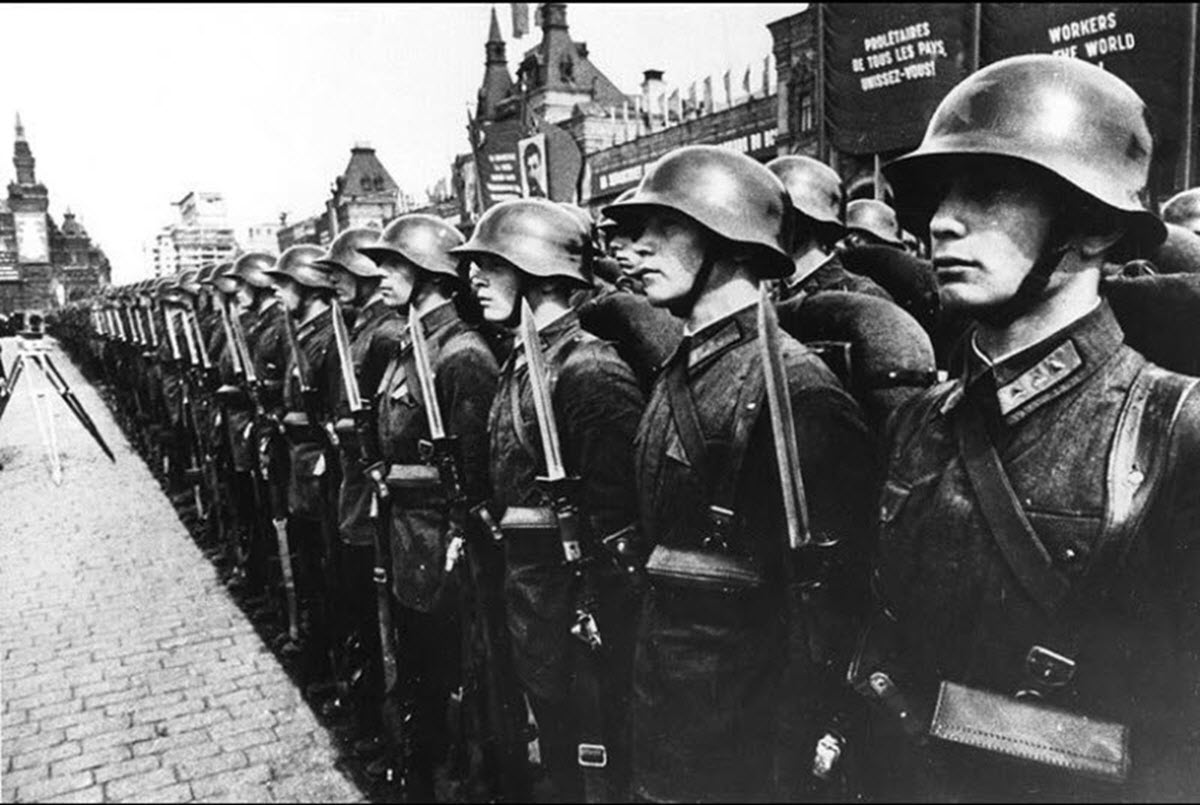 Red Army soldiers at the May Day parade on the eve of the outbreak of World War II. The soldiers’ heads are protected by a SSh-36 helmet. 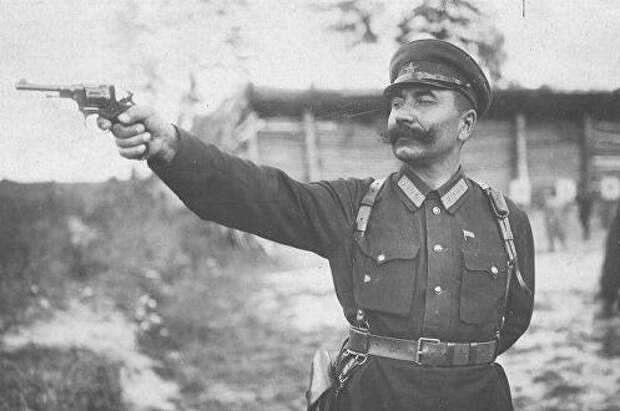 The helmet had an original hemispherical shape, with a visor protruding forward and side “ears”. The helmet made the silhouette of a Soviet soldier recognizable. Despite the originality, the helmet, however, had some elements inherited from previous models. So, in particular, the ventilation hole was located in the upper part of the dome of the helmet and was covered with an overlay resembling a ridge, traditional for Adrian’s helmets, only of a significantly smaller size. 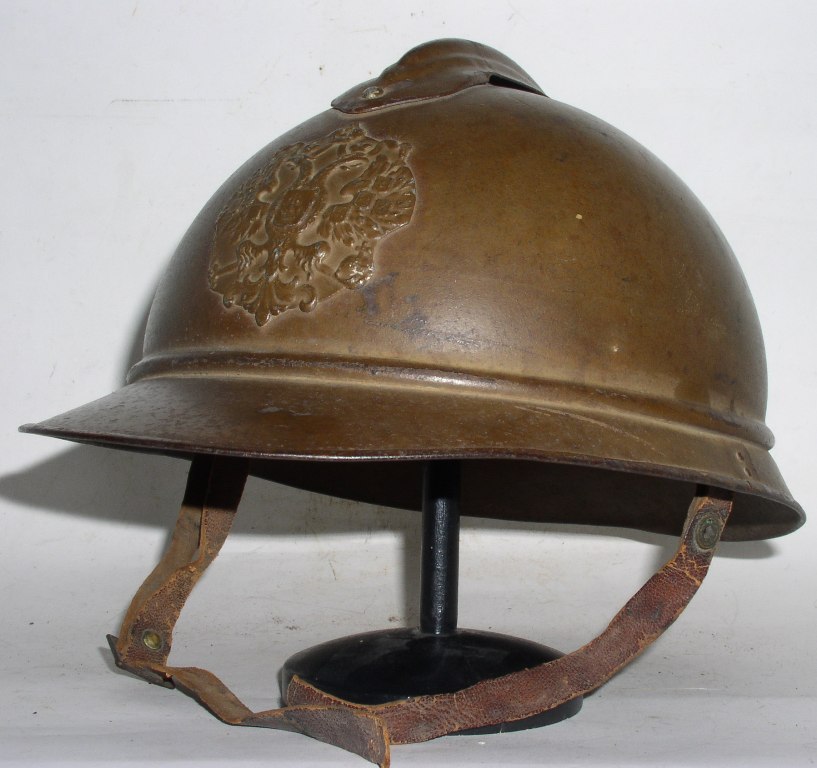 Adrian’s helmet, which was in service with the army of Tsarist Russia. The crest of this helmet was included in the design of the “khalkhingolka”. Photo by pinterest.com

The helmet was made of steel with a thickness of 1.1 mm, its weight was 1200-1300 grams, depending on the size, there were 4 sizes of the sphere and 8 sizes of comforters from 53 to 60, respectively, comforters of two adjacent sizes were inserted into the helmet of each size.
With an increase in size, helmets increased in length to a greater extent than in width, that is, small sizes were round, and large sizes were oval.

SSh-36 was  round, oval and elongated in shape and had three sizes in each shape: large, medium, small. The helmet was painted dark green or khaki. The contour of a five-pointed star was applied to the front of the helmet.

End of war – end for helmet 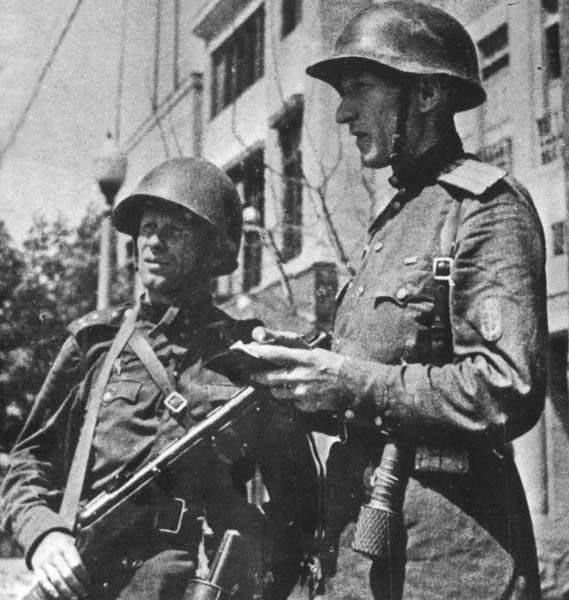 Two Soviet Marine Corps officers of the Pacific Front during the Soviet-Japanese War of 1945. Both are in SSh-36 helmets.

This helmet is now a desirable relic for collectors. Helmets found with a metal detector are very often restored. After the restoration SSh-36 takes its place of honor in the collection. 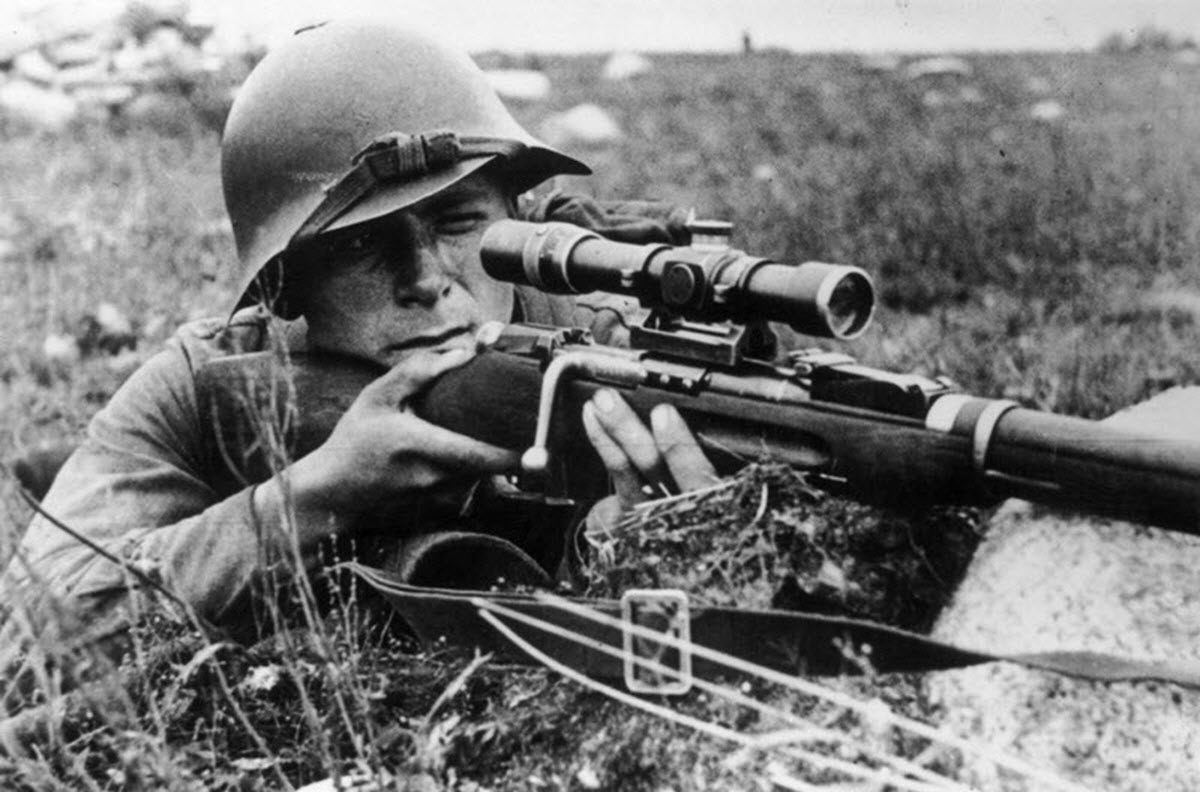 Soviet sniper in a SSh-36 helmet. Often the long visor of the helmet interfered with the precise aiming of the shooter. 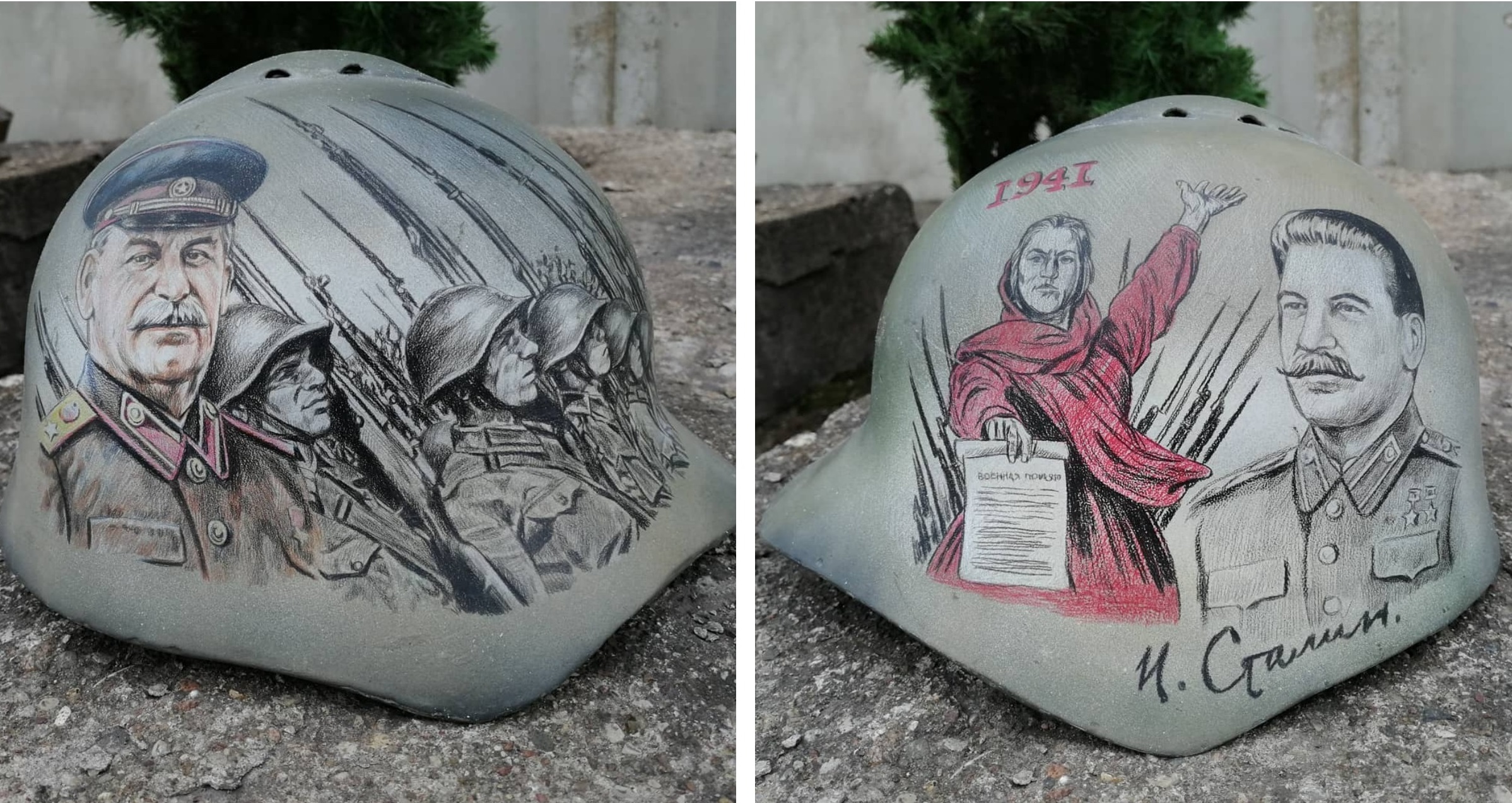 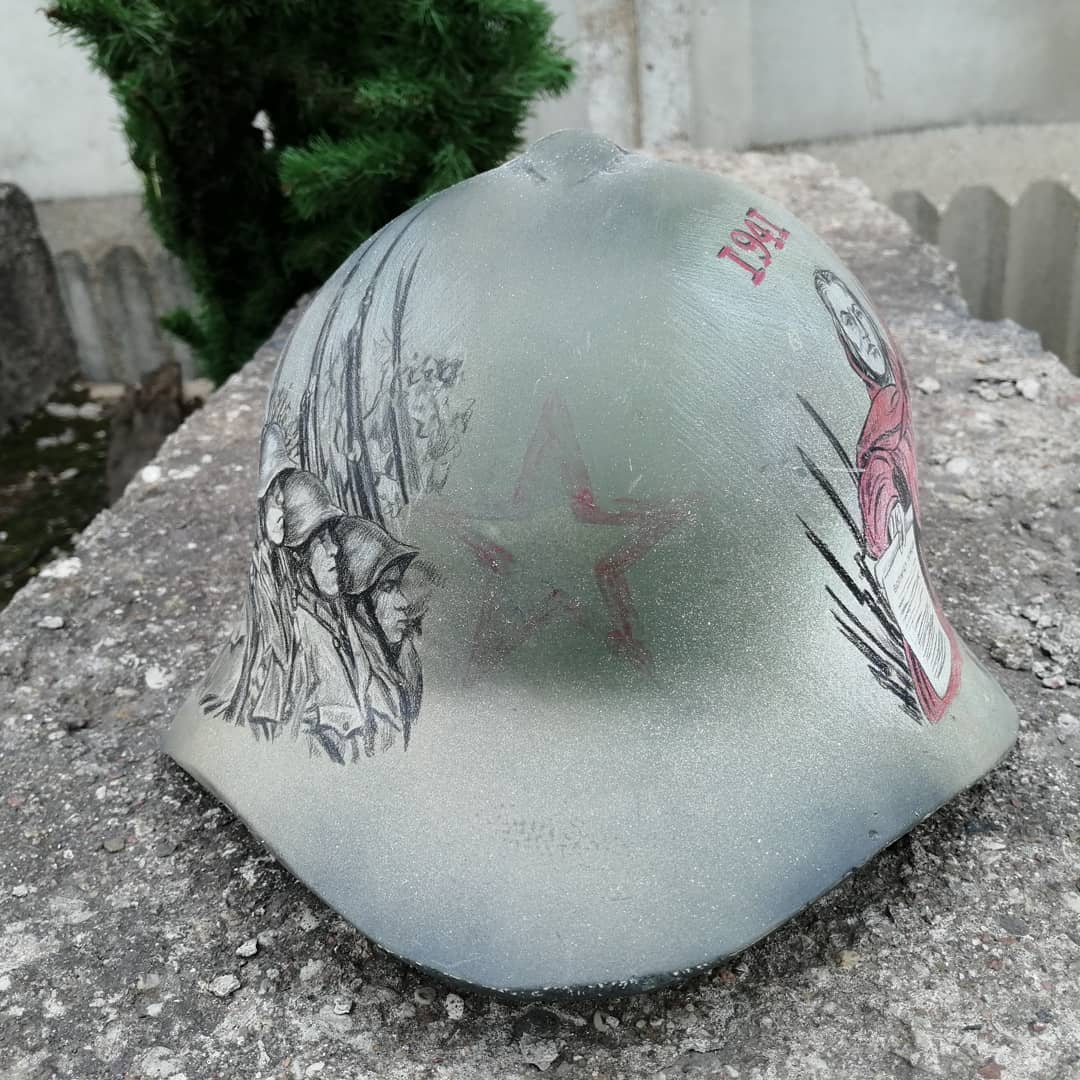