One of the most popular articles on our website is an article about how in 2002 a German StuG-III 40 ausf G (WWII) with tail number 20 was found in a swamp in Velikiye Luki (Russia). Condition of  StuG-III 40 ausf G was perfect both outside and inside the combat vehicle. But until recently, it was believed that the crew managed to leave it before the StuG-III 40 went to the bottom. But we managed to get information that refutes everything that we knew about it earlier. (+ Managed to establish the name of one crew member).

Before reading this article, we advise you to read the previous ones:

StuG-III 40 ausf G was found with a crew!

As we managed to find out from the forum.ww2.ru forum user “jeka 09”:

“Assault artillery gun StuG-III 40 ausf G was found in a swampy lake near the village of Kopytovo (on map), Velikie Luki district, 4 kilometers from the town of Velikiye Luki, 80 meters from the road Velikiye Luki – Novosokolniki. The tank was at a depth of 8-9 meters from the surface in the bog bottom mass in an inverted state. Search, preparation and lifting work was carried out by the regional public organization “Vysota” Search unit under the leadership of Zabelin. Diving work was carried out by class 1 diver Petrov. The period of work from November 2001 to May 2002. The technique for lifting the relic was provided by Tugov (DVa of the T-130 tractor) .The found StuG-III 40 was lifted to the surface on April 26, 2002 at 16:00. 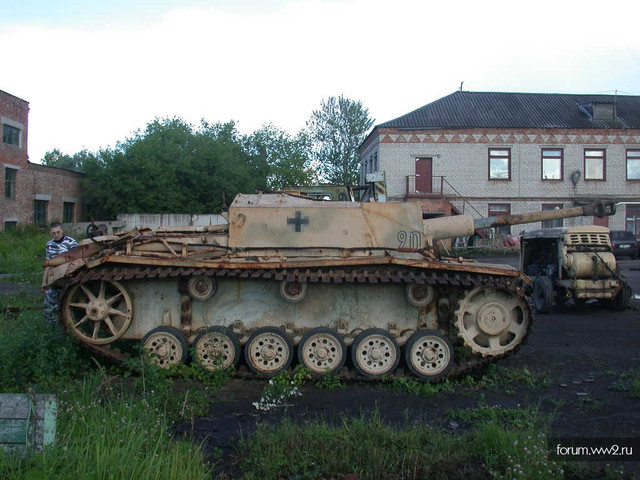 In the StuG-III 40 ausf G were also found:

7. Personal belongings of the crew. Remains of tankmens recovered from a StuG-III 40 ausf G found in a swamp. Photo by moro / ww2 forum

The body of the tank is intact without major damage. There are four hits from small caliber artillery shells (presumably 45 mm). Two hits in the frontal part of the hull with high-explosive shells (minor external damage). One hit to the left side of the cabin with an AP / AP shell (no penetration of armor is observed). One hit on the left side of the undercarriage opposite the driver’s seat with a comulative round, it pierced through the StuG-III 40 ausf G (in photo). Presumably, the last hit by the cumulative jet killed the crew and caused the vehicle to stop.

Hole in the tower StuG-III 40 ausf G (outside). Photo by kamishin/ ww2 forum Hole in the tower StuG-III 40 ausf G (inside). Photo by kamishin/ ww2 forum

The body is painted in four layers:

Tactical signs: black cross and black side number 20 (in photo) 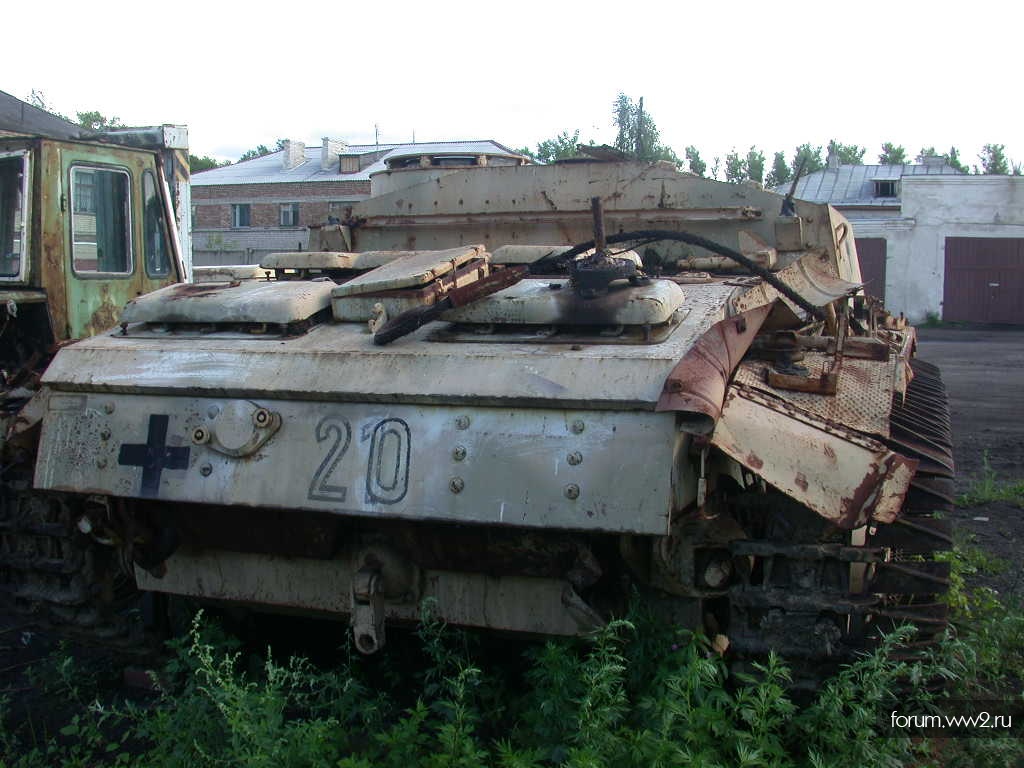 Other inscriptions inside the found StuG-III 40 ausf G:

4. The inscription on the helmet – Braun Z Also in the tank were found 3 soldier’s medallions and a military ID of one of the crew members (ausweis), issued in the name – Z. Braun 03/08/23 (date of birth) instead of the lost soldier’s book.

According to the document, the signature made on one of the German helmets found in the StuG-III 40 and the padding on one of the dog-tags found inside, it was possible to determine the name of one of the crew members of the found StuG-III 40. Incredible luck.

Remains of tankmens recovered from a StuG-III 40 ausf G found in a swamp. Photo by moro / ww2 forum

Presumably, the assault gun took part in the breakthrough of the Wehrmacht tank group to the encircled group of German troops in the city of Velikiye Luki in January-February 1943. While passing through the frozen lake, StuG-III 40 was hit and stopped. The tank’s crew died when hit by a cumulative shell. Having stood on the ice until spring, the StuG-III 40 was plundered and sank in March 1943. “ Process removing the engine from the StuG-III 40. Photo by Pitomnik / ww2 forum

Unfortunately, at the moment (August 2020), all devices and mechanisms have been removed from this StuG-III 40 ausf G. The photo shows how workers remove the engine from a self-propelled artillery installation.