Exploit OF UNKNOWN Soviet TANKERS. Ramming a German column with two Soviet tanks on October 6, 1941 (all photos are in the article of this episode of the battles of the Second World War).

We find confirmation of this event in German archival documents. In the combat log of the 63rd regiment, among the records of October 6, 1941, the soldiers of the Wehrmacht sparingly indicate that “on the march to Bryansk, the regiment’s units were attacked by enemy tanks.”

Detailed description of the events of the tank ram

A fairly detailed description of this attack can be found in the book dedicated to the 17th Panzer Division – H.W. Geissler: Panzer im Osten – Kampf einer Division in Sowjetrußland – 17. Panzer-Division, Manuskript:

Enemy tanks drive into the middle of the convoy and ram a truck, while a passenger car was simply crushed. The car with ammunition catches fire and explodes. 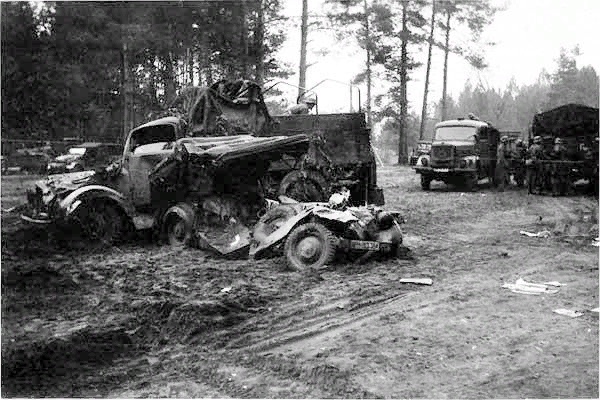 The German gunners quickly bring their gun (105mm howitzer) into a firing position and fire a shot that ricochets off the armor, after which the 105mm howitzer was also crushed. 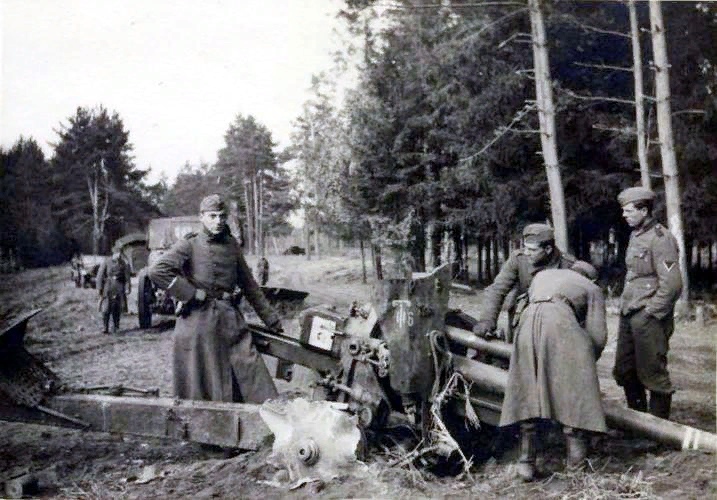 The heavy anti-aircraft gun is also brought into a firing position, but it cannot fire due to its own problems, and was eventually crushed too. 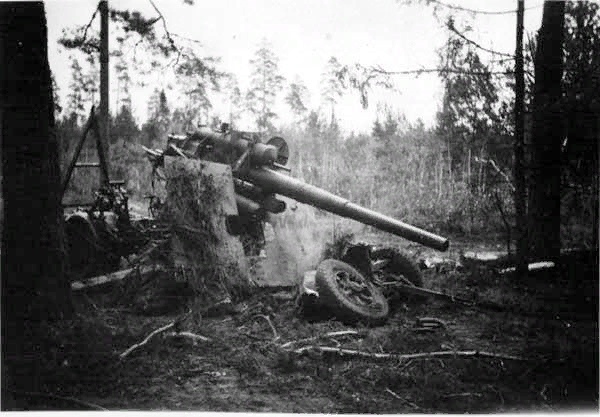 The T-34 rammed a truck with a field kitchen, ran into it with one caterpillar and overturned. The commander of the T-34 shot himself when the Germans tried to capture the crew. 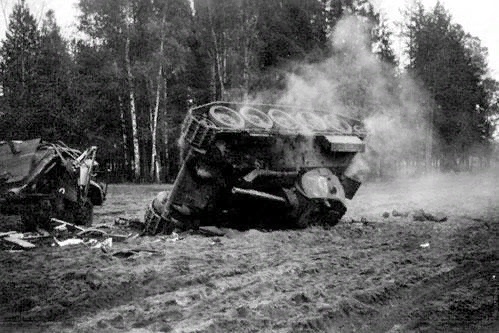 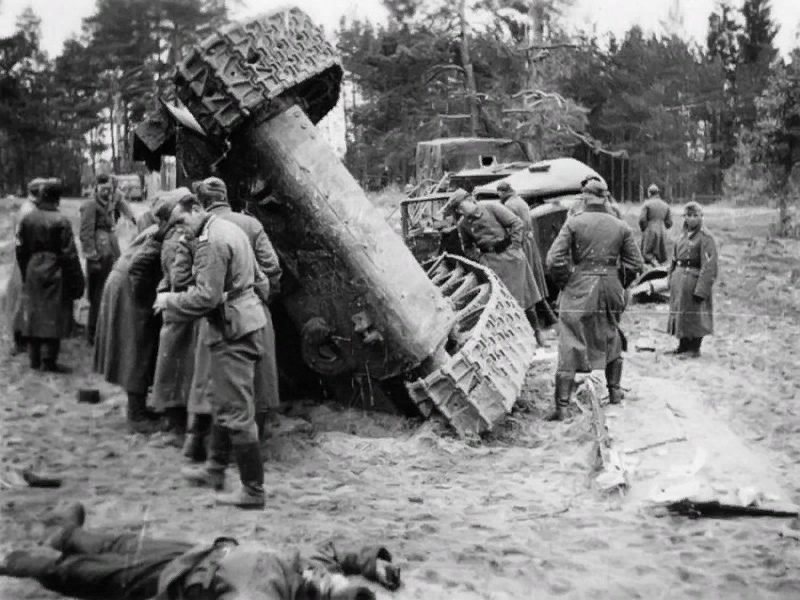 The second tank (KV-1) rams another car, after which it was hit by an anti-aircraft gun and tried to escape the hits, but then collided with a German tank, which shoots at its tracks and the Soviet tank engulfs flames. A few minutes later, the tank’s ammunition explodes. 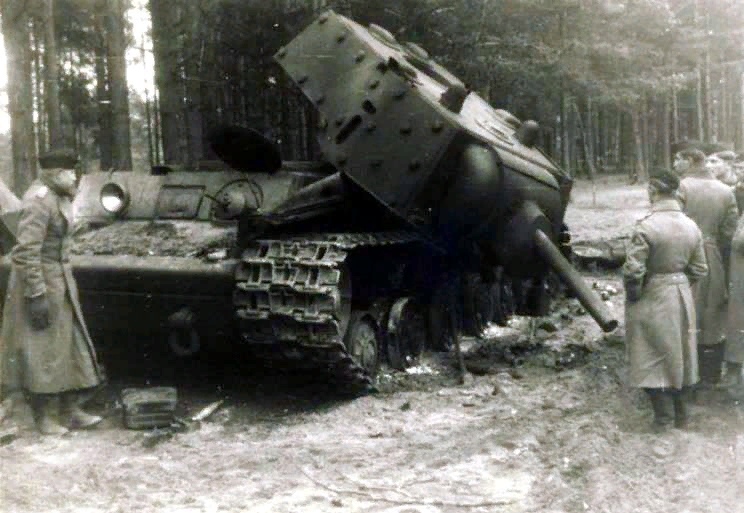 In total, during this attack, Soviet tanks destroyed 8 vehicles, a 105-mm light field howitzer and an 8.8-cm anti-aircraft gun. 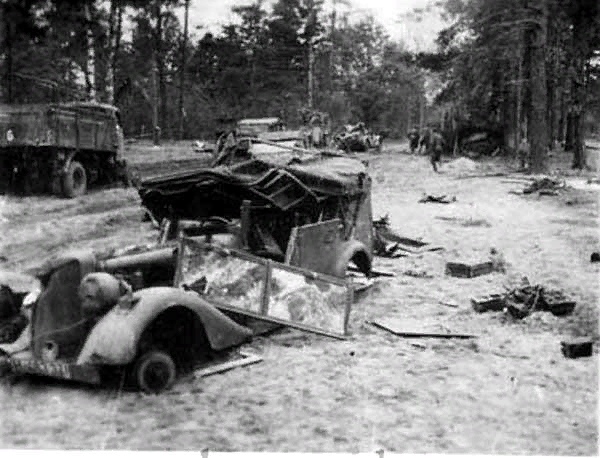 As for the more accurate localization of the attack area, as follows from the book on the history of the 3rd company of the 27th engineer battalion of the 17th tank division – Geschichte der 3./Pz.Pi.Btl. 27 – 3. Kompanie Panzer Pionier Bataillon 27 Sammleranfertigung aus der Kameradschaft it happened on the road to Bryansk about 20 kilometers west of the city of Karachev on the eastern edge of the Bryansk forest. Thus, in all likelihood, somewhere near the village of Frolovsky.

It can be argued with a high degree of certainty that the tanks attacking in the forest near Bryansk were from the 108th Panzer Division. The fact is that on the night of October 5, 1941, the division, by order of the commander of the Bryansk front, makes a march to the Karachev area and arrives there by morning. After reaching the Karachev area, the main forces of the division were concentrated in the forest in the Odrino area (6 kilometers northeast of Karachev), but it was decided to deploy part of the tanks 1 – 2 in separate directions at a distance of 10 – 15 kilometers from Karachev. Obviously, two tanks from its composition were sent to the area south-west of Karachev to cover the forest road to the city of Bryansk. 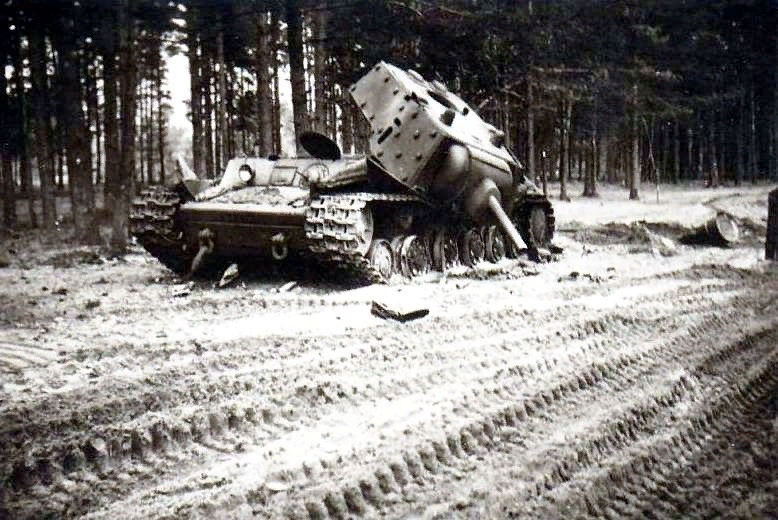 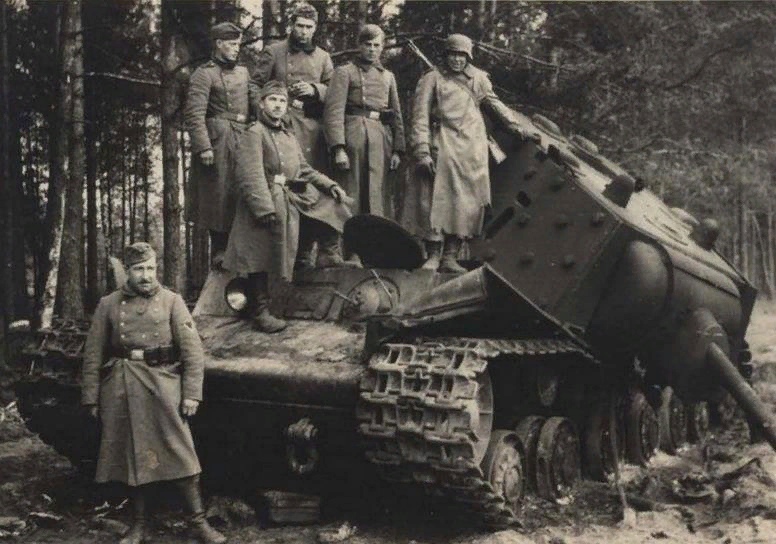 German tractor The secret report of the Red Army artillery research and development testing ground on the tests of the 18-ton Famo tractor was released ... Read More