A few weeks ago I finished the excavation season, because winter had already come, and the soil was as hard as asphalt. But the thought of my favorite hobby haunted me. And I decided to go to my garage to look at the finds that I found in 2019. Some of the finds were previously placed on a shelf in my house, and I carefully cleaned them from dirt and rust. But most of my collection was still in the corner of the garage (I specially put all the finds there so that in the winter (when there is no way to dig), I could clean them).

And among all the objects I came across a German flask. It was very dirty, but when I cleaned it, I saw that its whole surface was covered by the inscriptions. Usually only the initials of its owner were written on the flask. But this time it was much more interesting.

As it turned out, the Soviet soldier painted it (the inscriptions were in Russian). And this meant that the flask was a trophy (a Soviet soldier got it in battle, killing a German soldier).
A tank was depicted on the front surface of the flask, which gives us the right to assume that the soldier may have been related to the tank troops. Also, Soviet five-pointed stars were painted over the tank, and the inscription Pyotr Ilchenko (most likely this is the name of the owner of the flask).

Most likely, the soldier was called Petr Ilchenko, because usually the soldiers wrote their initials on personal items. Photo by Vitamin.

On the back surface were painted two soldiers. Near one of the soldiers, the surname Neushev was scribbled (perhaps it was his friend). On the side of this soldier was the inscription Shura (this is abbreviated as the name Alexander). Neushev Alexander – most likely this was the name of the comrade of the owner of the flask. 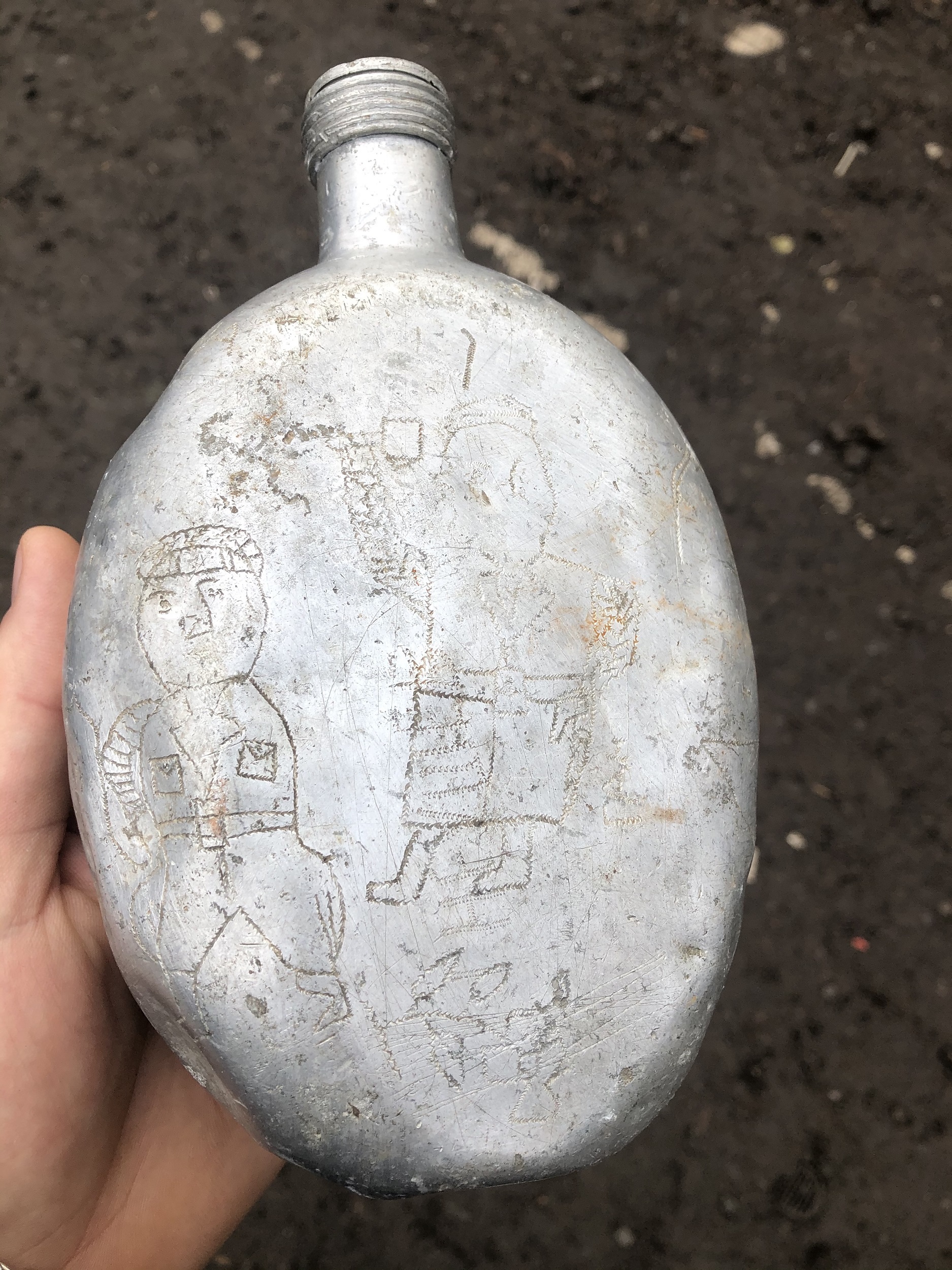 Perhaps these drawings depict Peter and Alexander (the owner of the flask and his comrade). Photo by Vitamin. 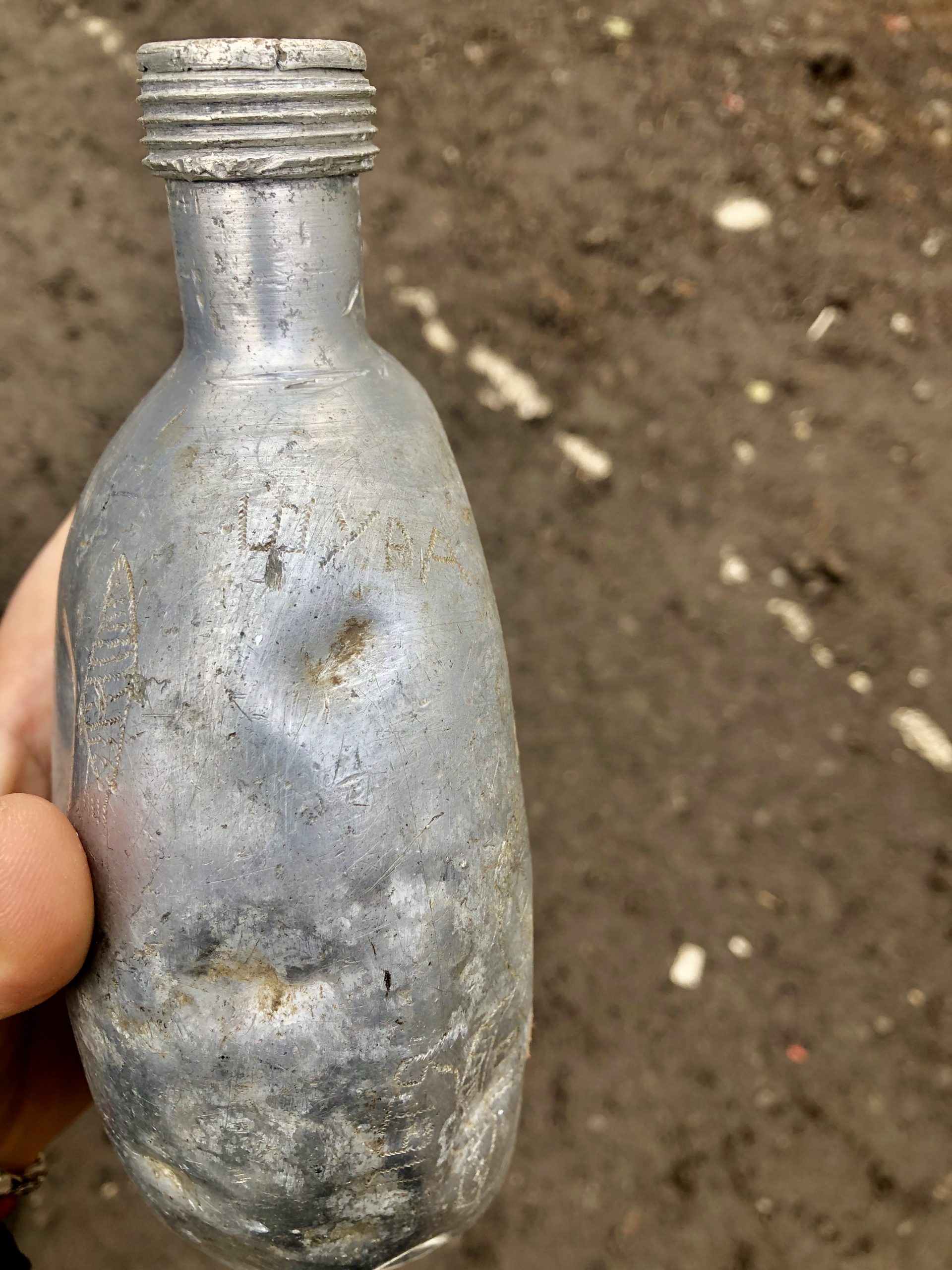 The inscription ” Shura ” – means the name Alexander. Photo by Vitamin. 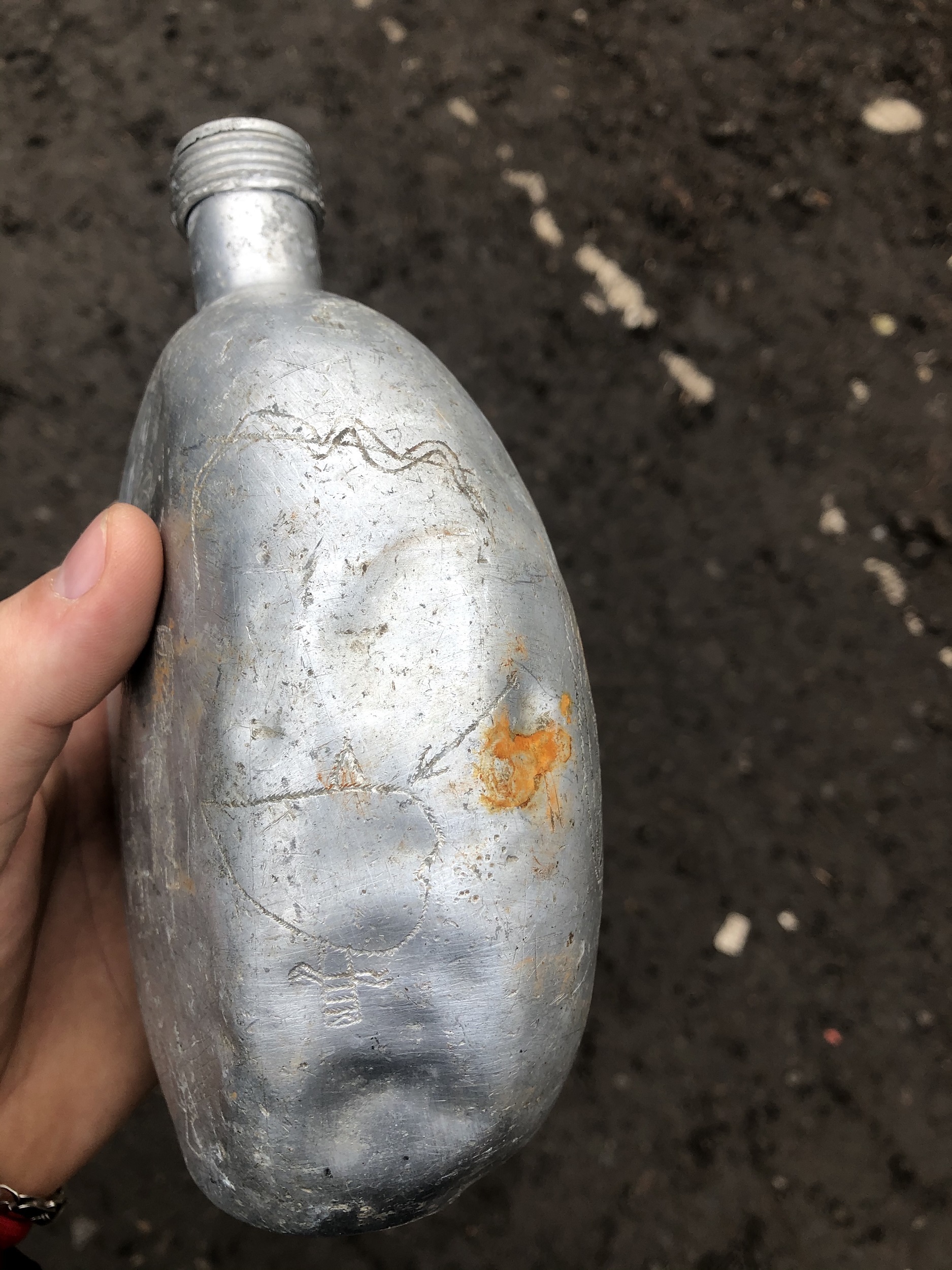 On the last side something incomprehensible was depicted. Perhaps the battle began, and our soldier did not have time to finish the drawing. In the end, I would like to give you one piece of advice – always check your findings for signs and stamps. Even the most common and frequent finds can tell you interesting stories of their owners.