Today we would like to present you some interesting photos. Specifically, the photo captured at the time of signing the act of unconditional surrender of the German armed forces in WW2. This happened at the headquarters of the Allied forces in Reims at 02:41 local time on May 7, 1945. 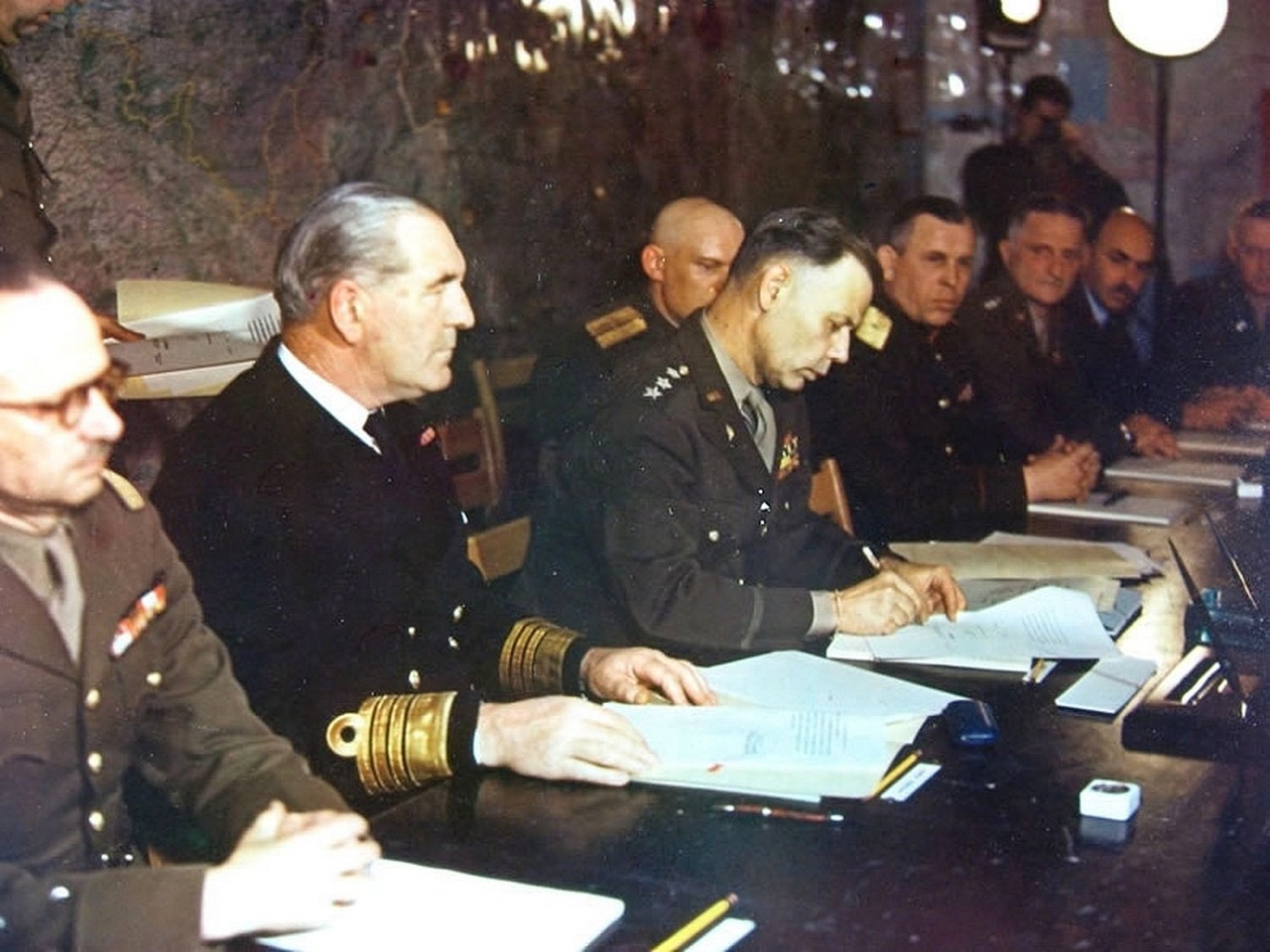 Officers of the USSR and their allies during the adoption of the act of surrender of Germany. 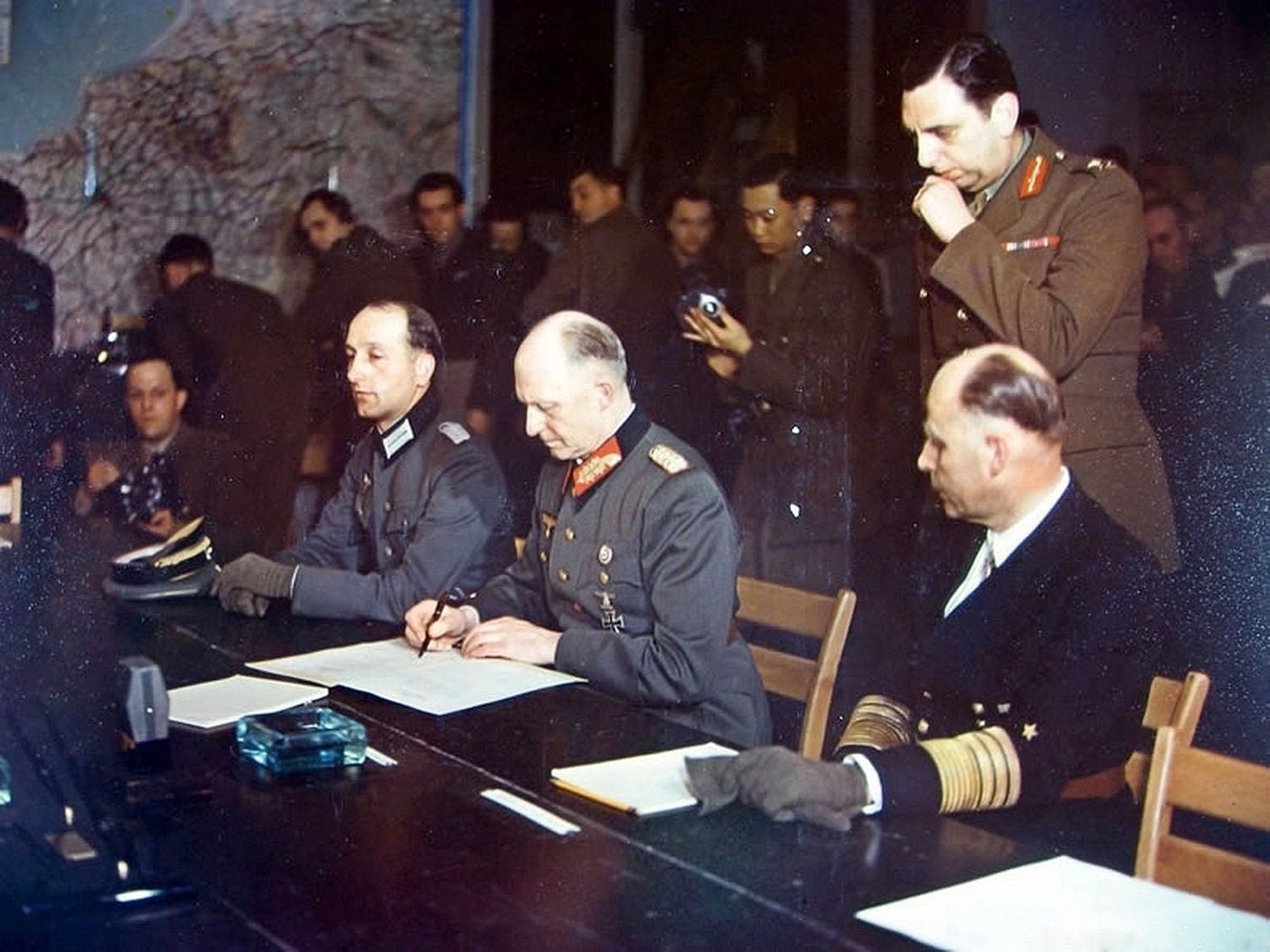 The face of German officers at the time of signing the surrender.

Colonel General Alfred Jodl signs the surrender of Germany at the headquarters of the Allied forces in Reims on May 7, 1945. Next to Jodl are Grand Admiral Hans Georg von Friedeburg and Jodl’s Adjutant Major Wilhelm Oksenius.

Happy faces of the winners 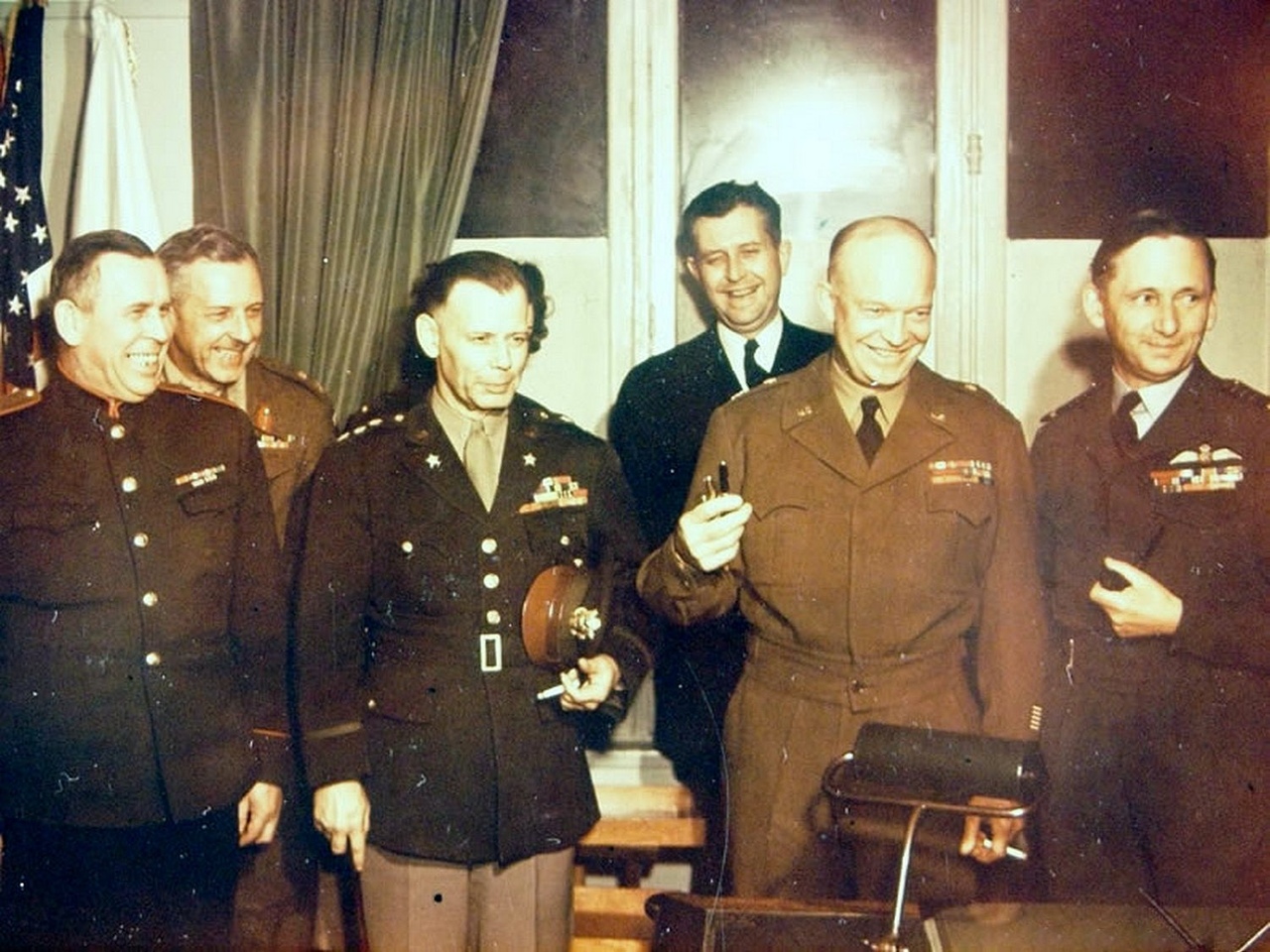 Representatives of the Allied Command after the signing of the surrender of Germany to Reims on May 7, 1945.