Man gets used to everything – joy, fear, death … All this, sooner or later, ceases to bother us. But there are times when we first meet something, usually unexpected. This is the very moment that crashes into consciousness for a long time, sometimes even for life. Being engaged in military archeology, you got to see many spooky things, first of all the death.

This is the last moment of the feat of the soldier, outside of which he died, the personal belongings that were with him, the weapon that remained forever in his hands … , a person just like you who had his own life, relatives, dreams and hopes. For you, this soldier becomes like a friend. But there are times when the death of a warrior was so terrible that you cannot even imagine what he had to endure … Moreover, you cannot match the remains seen with the image of a real person. And so it was on this sad day, which will forever remain in my memory.

The process of exhumation.

The excavations began as usual – we were expanding the pit to understand the position of the body. When we searched for the burial boundary, it became clear that there were at least 2 more soldiers in the pit. 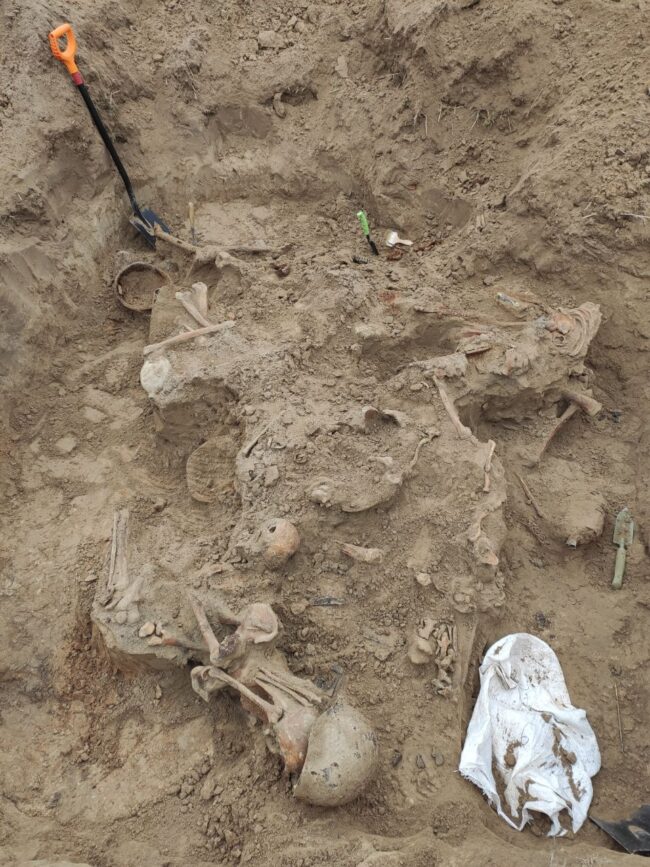 It was a terrible picture. The soldiers who died in the battle, with their weapons, lay before us .. 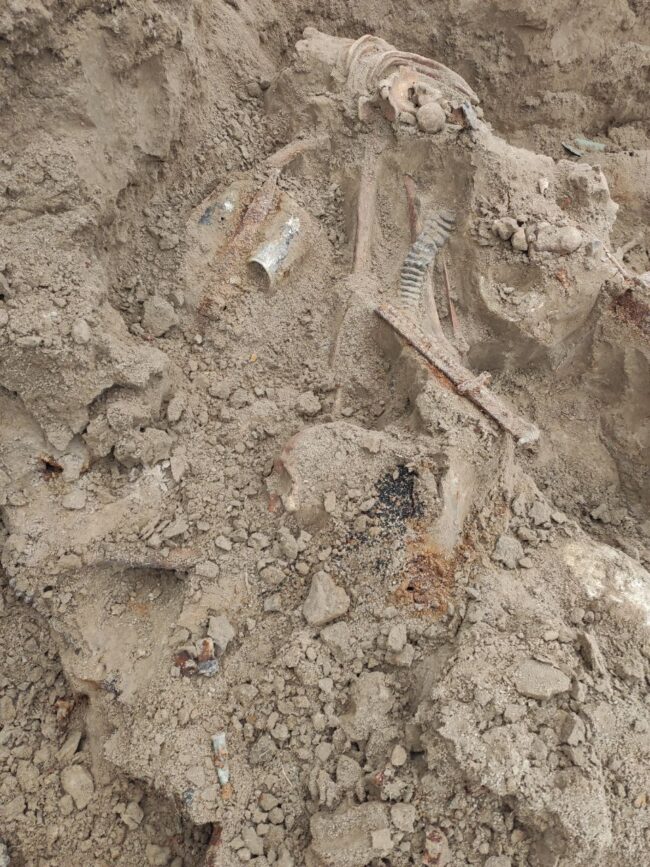 Their weapons remained in their grave.

However, the worst was ahead … As it turned out, all these soldiers were killed by the German artillery fire. Hands, feet, heads – all that filled this horrible pit. In one part there were 4 separate skulls. 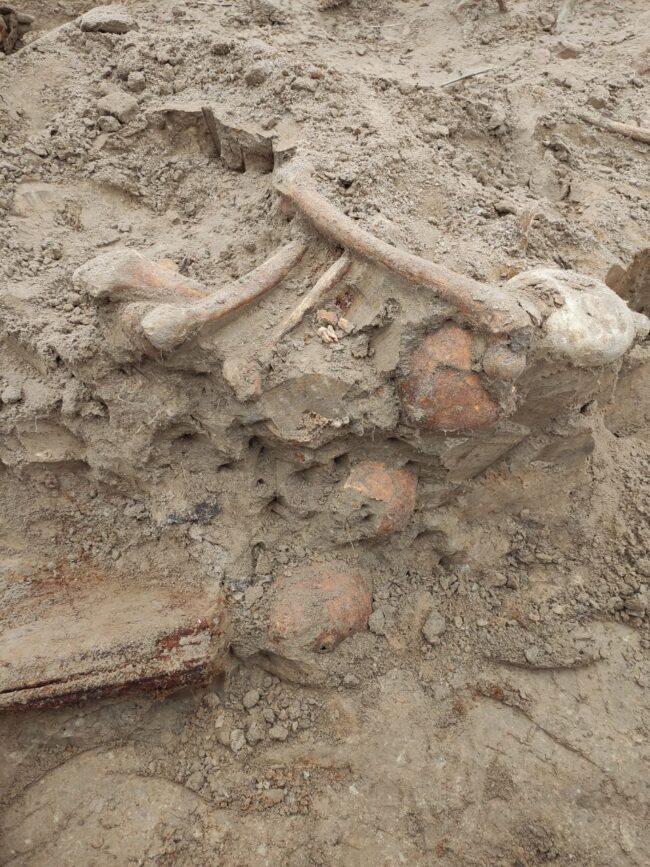 In one part there were 4 separate skulls.

While clearing the remains of the warriors, the first medallion was observed, which usually contained information about the soldier.An extremely important relic! 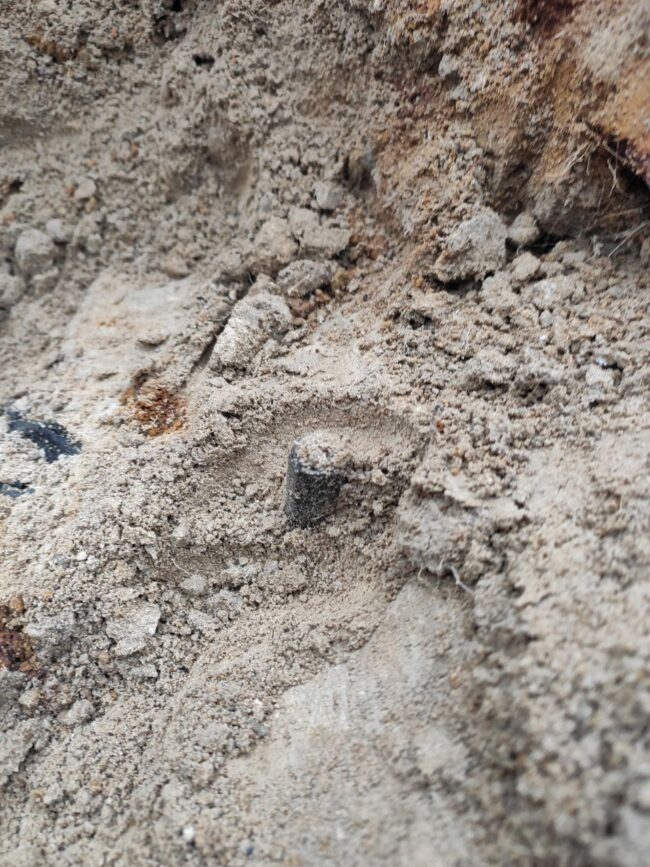 Medallion with personal information of a warrior. 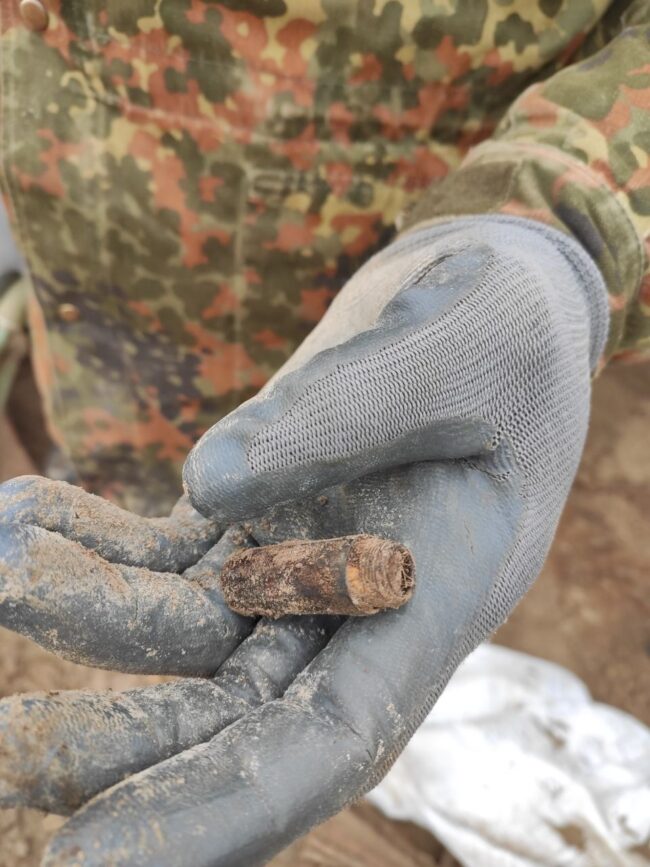 Unfortunately, the locket is damaged .. The soldier’s name is lost forever …

The general picture of this terrible battle opened to our eyes. Soldiers lay in a mix of weapons, helmets and ammunition. One of them,  who according to the equipment probably was the junior officer, was dropped on a machine gun, his legs were thrown over the barrel. Upon exhumation, reaching the pelvis, a terrible picture opened. The upper part of the soldier was torn off … That’s right, the fighters have been lying in the pit for more than 70 years.

Next to one soldier, we found an unusual thing – a film! Just imagine what we could find out if it came out ! Unfortunately, it was not packed in a case, so no one will ever know what photos were on it. 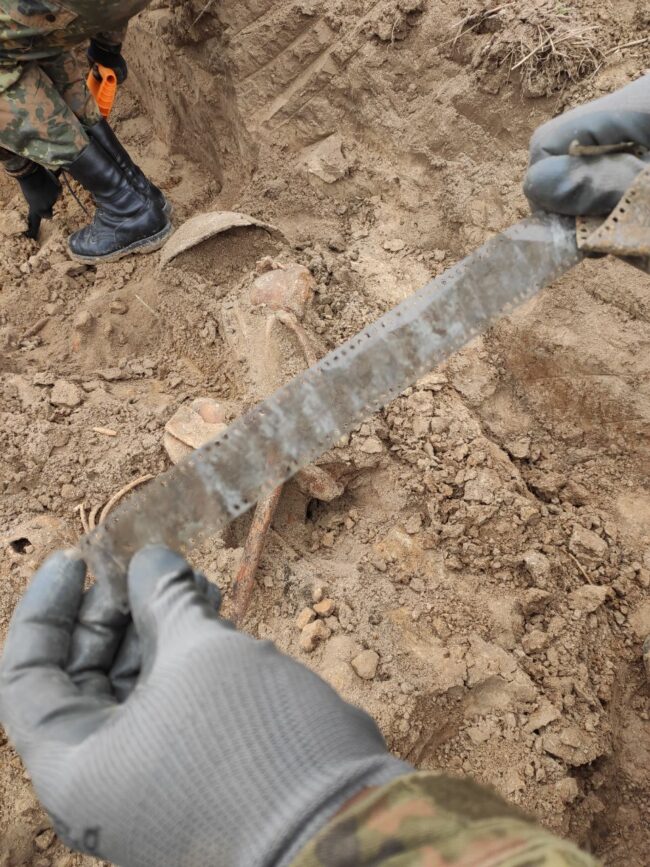 How interesting are the pictures that were on this camera roll … Maybe those guys who died and are lying in this pit? 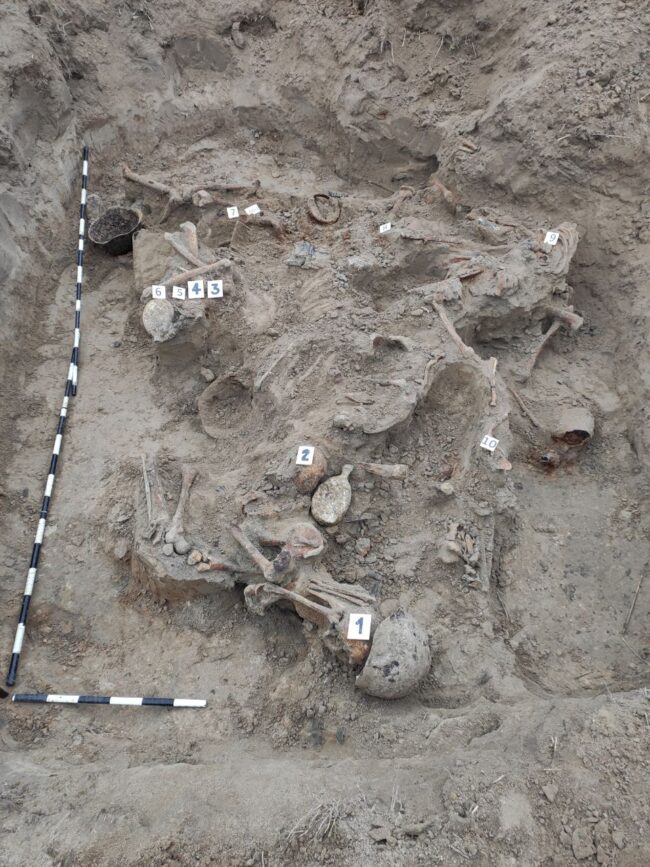 11 warriors lay before us.

Read: “How many soldiers died along the roads. Who counted, who counted … “

At the time of the final clearing, there turned out to be 11 soldiers who died here in 1941. However, judging by the scale of the pit and the position of the bodies, we realized that this was not the end.

The difficulties of military archeology.

During the exhumation a cold spring rain started.It is difficult to work in such conditions, but morally it was even more difficult.The warriors we found were killed in a terrible death by the fire of enemy artillery. Judging by the number of cartridges fired and the large number of empty cartridge cases, it was clear that it was a machine gun nest. A machine-gun bursting through the corpses confirmed our theory. Nothing could survive in this fight, neither people nor weapons. Empty ammunition boxes were found with the warriors. 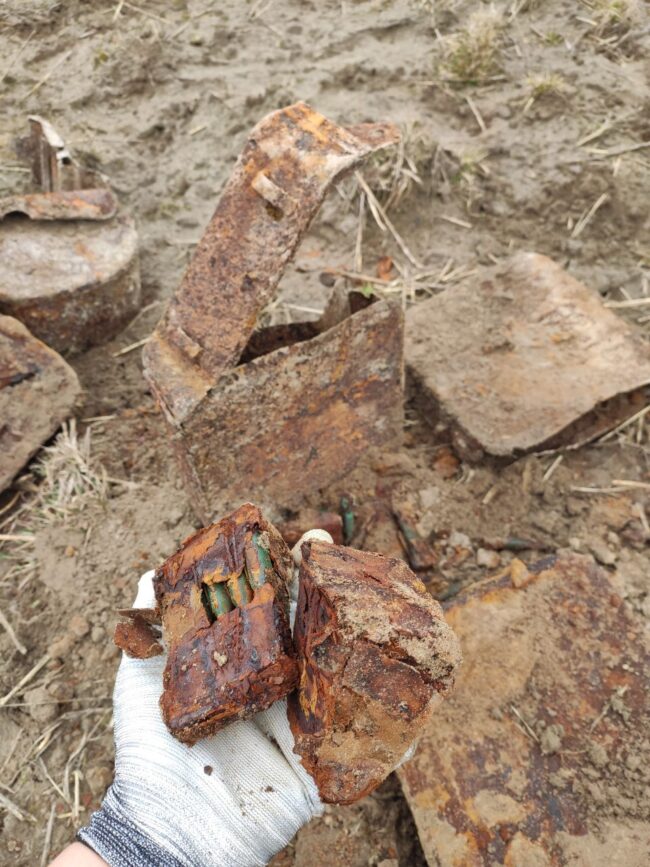 Cartridges that were not in use.

With the cartridges, the dishes of the soldiers lay, some of them with signatures. That is, the owner of this thing has been at war since 1939. 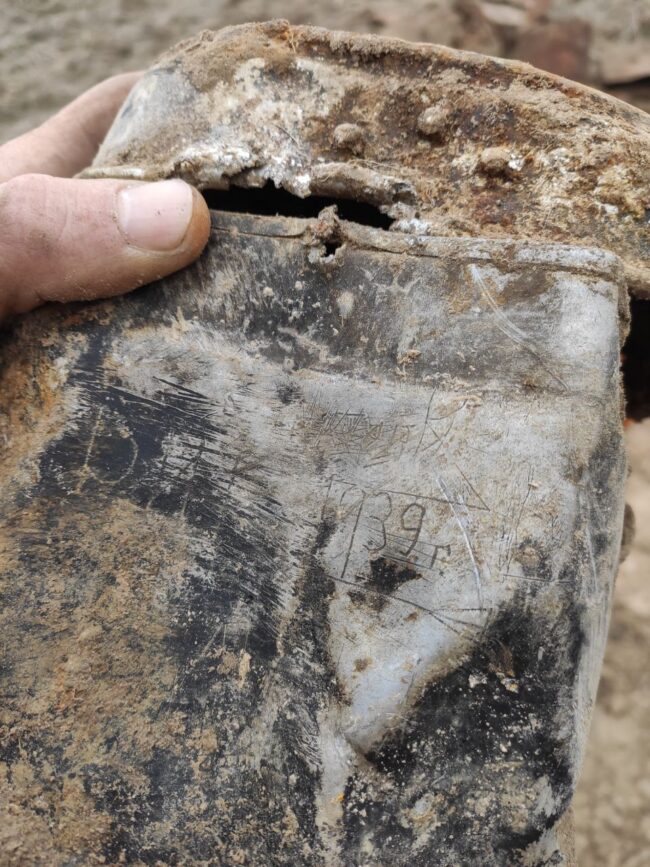 Owner of this thing has been at war since 1939.

Some soldiers may be able to identify if the medallions have been preserved. In total, 19 soldiers were exhumed in this pit. Expect their history to continue.

Thanks to the archaeologists from the Special Search Organization “Vertical” for their work!