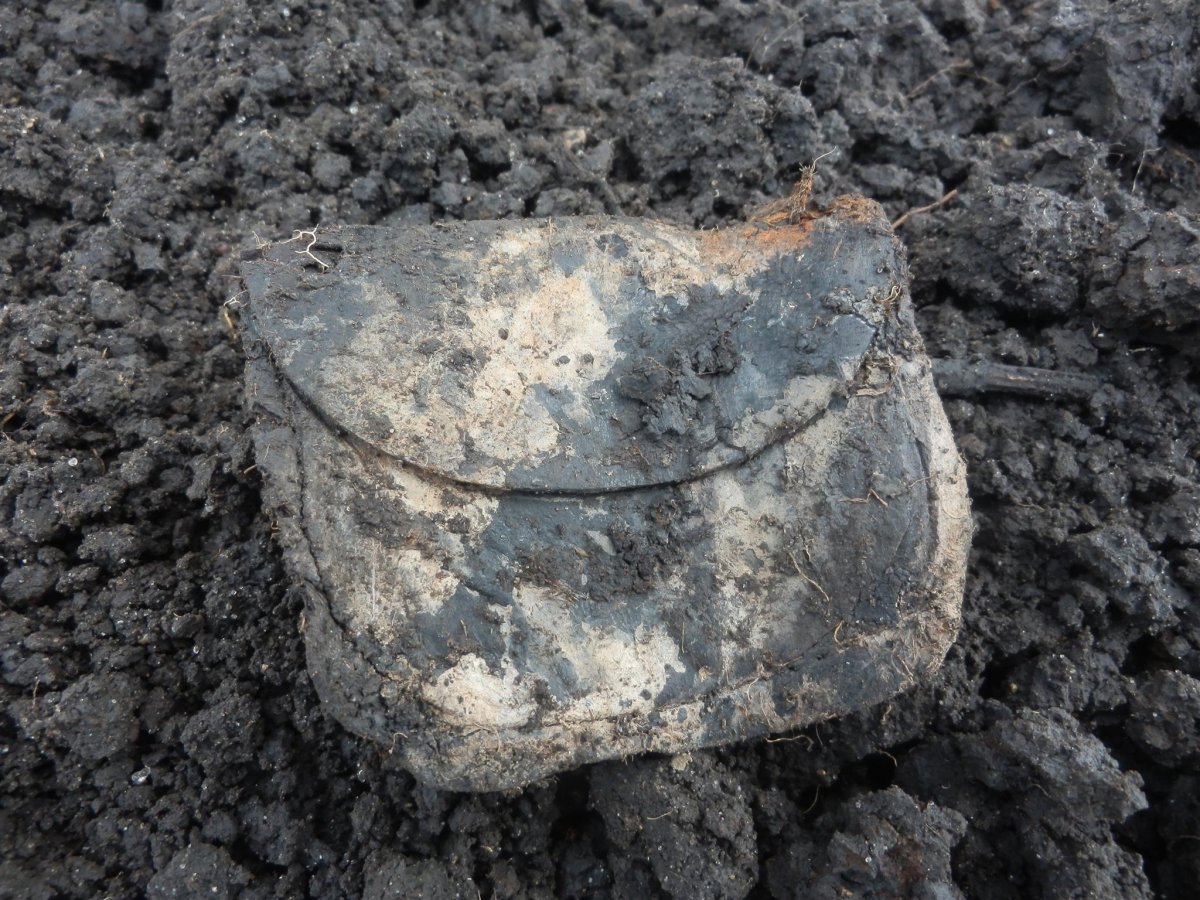 This find was made at the site of the battle of the 14th Waffen Grenadier Division of the SS (1st Galician) near the city of Brody, Ukraine. In this battle, the SS division “Galychina” was defeated and the soldiers, retreating, left their personal belongings on the battlefield. Now, these relics of the Second World War are found by people using a metal detector. They managed to find Waffen SS soldier Dog-tag.

The Battle of Brody and the rout of the SS Galician

Battle of Brody – a battle that took place on July 13-22, 1944 near the city of Brody (Lviv region, Ukraine) between the 13th corps of the 4th Wehrmacht tank army, which included the Galichina SS division, and Soviet troops of the 1st Ukrainian front. It is part of the Lviv-Sandomierz Strategic Offensive Operation.

History of the find

As the author of the find writes, a user of the Reibert.info forum with the nickname Gunnerman:

“Since these fields gave good hopes for good finds (the battles of World War II and many relics were on them), we decided to return to the same places. A hundred meters from the place where we had previously found the German helmet M42, my metal detector showed a very clear signal. I dug a hole – but there was nothing. With the help of a small manual metal detector I was able to locate the exact location of the relic in the ground, I took a shovel and dug again. Then I saw something black in the ground that looked like a wallet. But later it turned out to be a badge. The condition of the badge is very poor, but the fact that we managed to find this relic of the WW2 made us very happy” 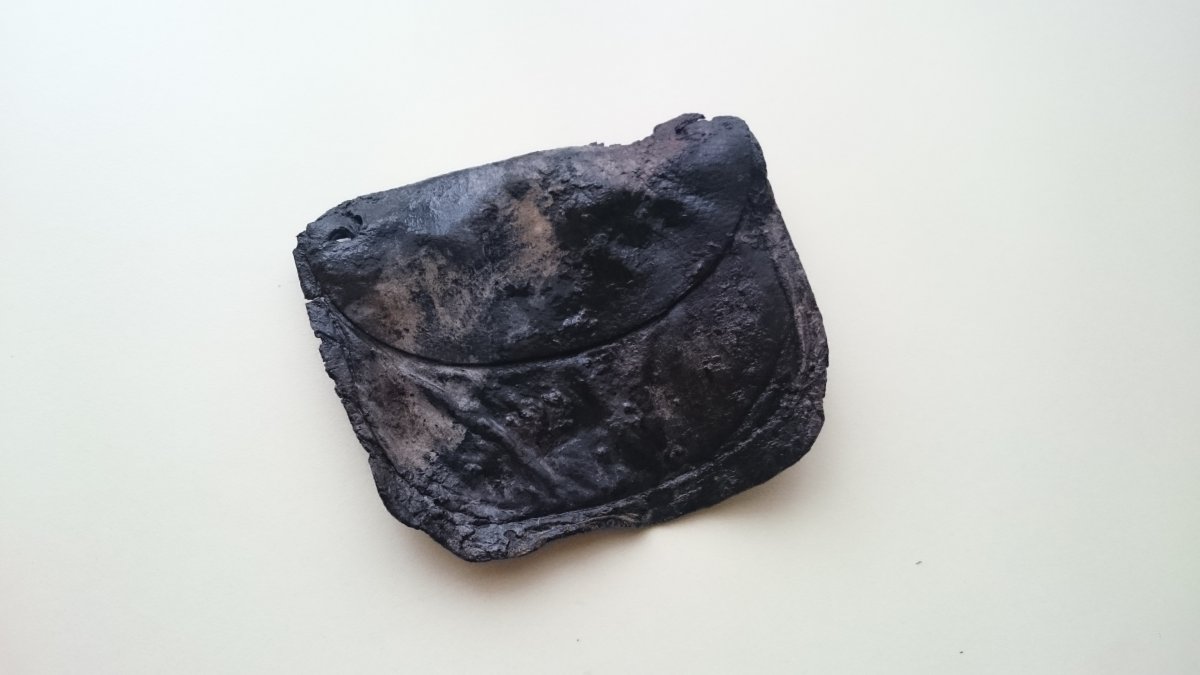 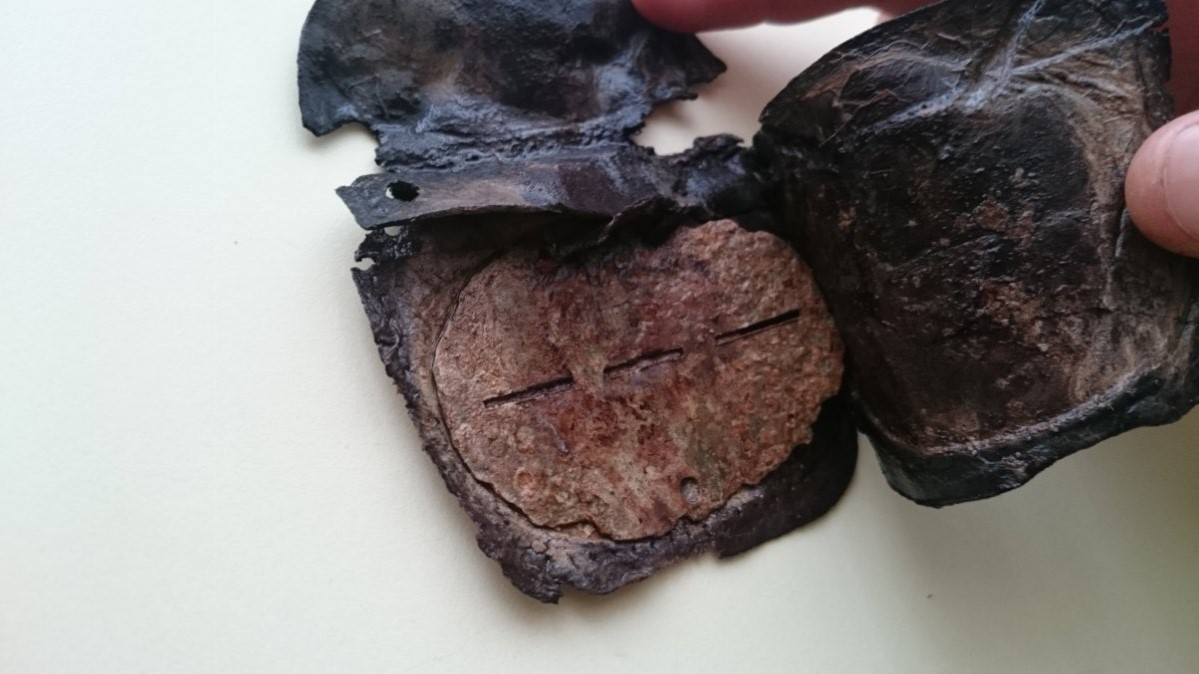 The 14th Grenadier Division of the SS Galichina (1st Ukrainian) (German 14. Waffen-Grenadier-Division der SS) – was a military formation recruited from Ukrainian volunteers during the Second World War. The division was part of the SS troops of Nazi Germany, and in April 1945 was formally included in the Ukrainian National Army, which was subordinate to the Ukrainian National Committee. 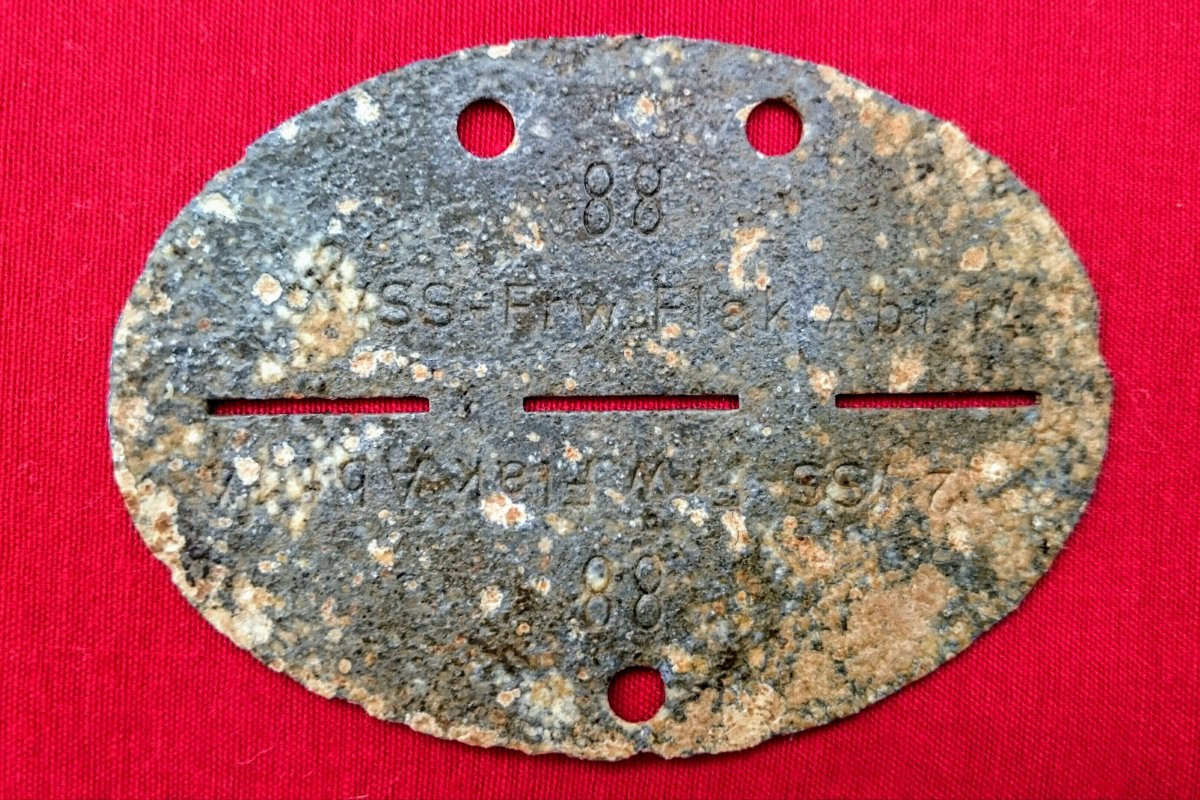 Since 1943, even at the training stage, units of the division began to take part in hostilities against partisans in France, Poland, Yugoslavia and Western Ukraine. From the autumn of 1943 to the spring of 1944, units of the division participated in punitive operations in southeastern Poland and in the Galicia district. In the summer of 1944, the entire division was involved in the battles of Brody (July 1944), during which it was almost completely destroyed.

The second dog-tag was turned out to be a WAFFEN-SS: Ausbildungs.BTL.BZV, or the special-purpose SS training battalion. 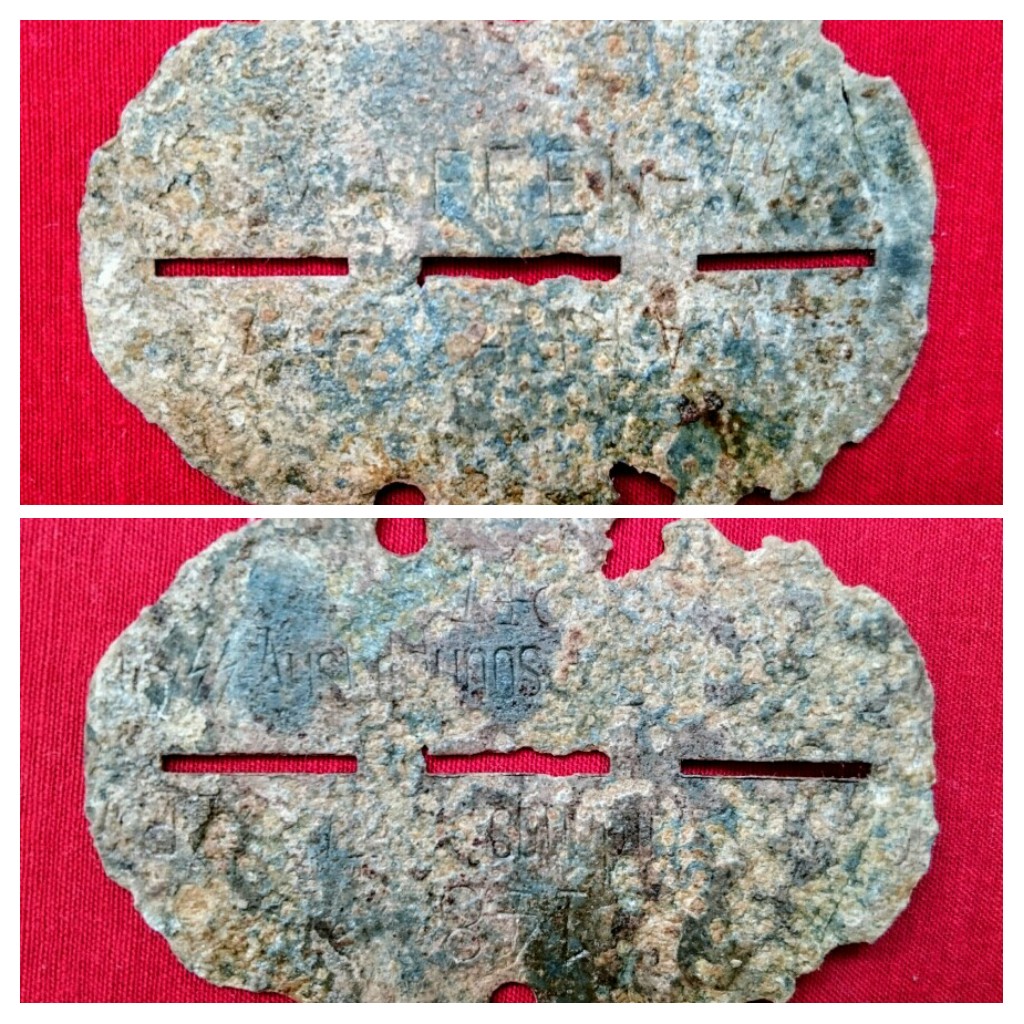