Another amazing Waffen SS relics from the World War II were found by a user “Beorn” of the Reibert.info forum using a metal detector.

The history of finding relics

All these amazing finds were made in the forest, in the battlefield of the 14th Grenadier Division of the SS Galichina (1st Ukrainian)*. Most likely, these relics were thrown out by the SS soldiers when they surrendered to the soldiers of the Red Army. Very often SS soldiers during the Second World War, before surrendering, tore off all identification marks and tried to destroy them. This was done so that the enemy would not know what kind of troops the soldiers belonged to, because in captivity, SS soldiers were always waiting for only one thing – execution. 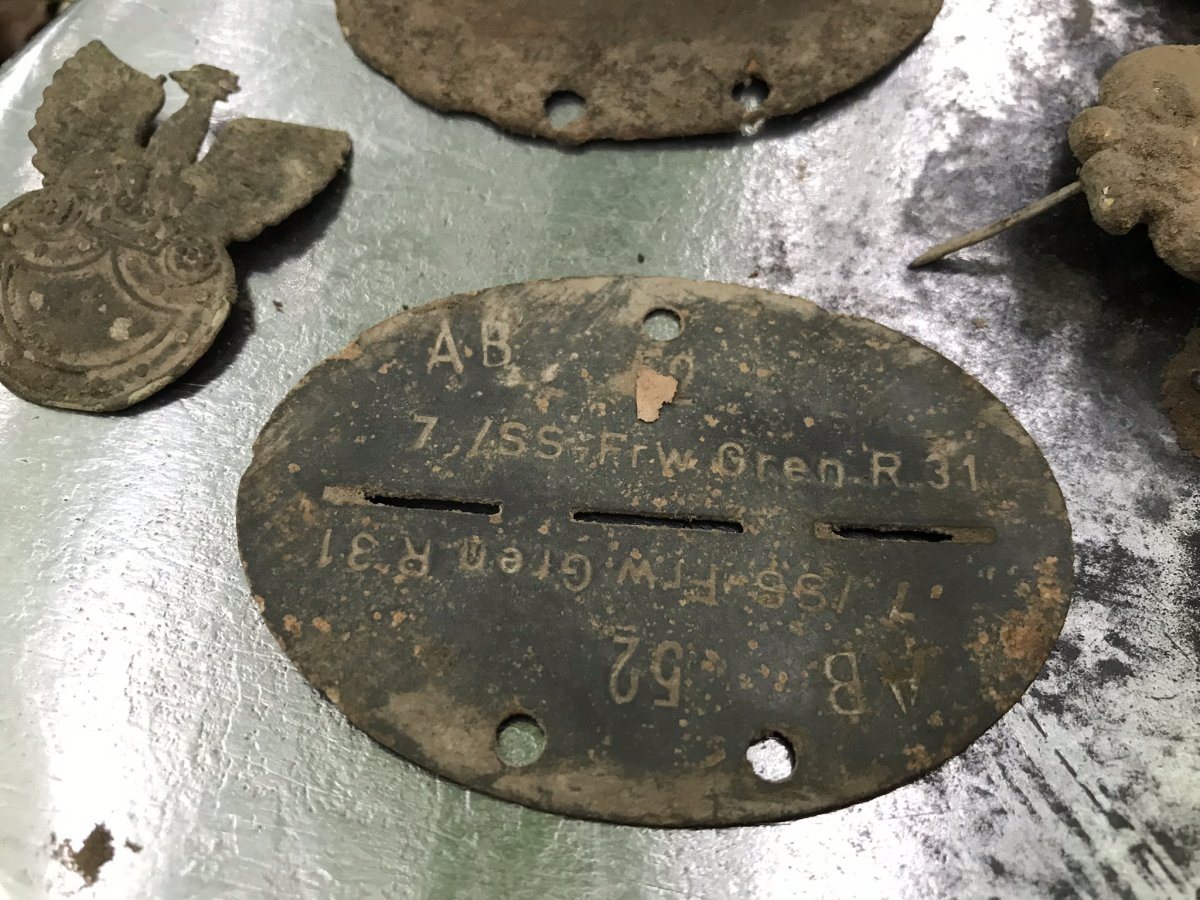 In total, four dog-tags were found belonging to the soldiers of the Waffen SS. One of them belongs to an infantryman, two to the SS police and one to the 14th Grenadier Division of the SS Galichina.

*The 14th Grenadier Division of the SS Galichina (1st Ukrainian) (German 14. Waffen-Grenadier-Division der SS) – was a military formation recruited from Ukrainian volunteers during the Second World War. The division was part of the SS troops of Nazi Germany, and in April 1945 was formally included in the Ukrainian National Army, which was subordinate to the Ukrainian National Committee.

Since 1943, even at the training stage, units of the division began to take part in hostilities against partisans in France, Poland, Yugoslavia and Western Ukraine. From the autumn of 1943 to the spring of 1944, units of the division participated in punitive operations in southeastern Poland and in the Galicia district. In the summer of 1944, the entire division was involved in the battles of Brody (July 1944), during which it was almost completely destroyed. 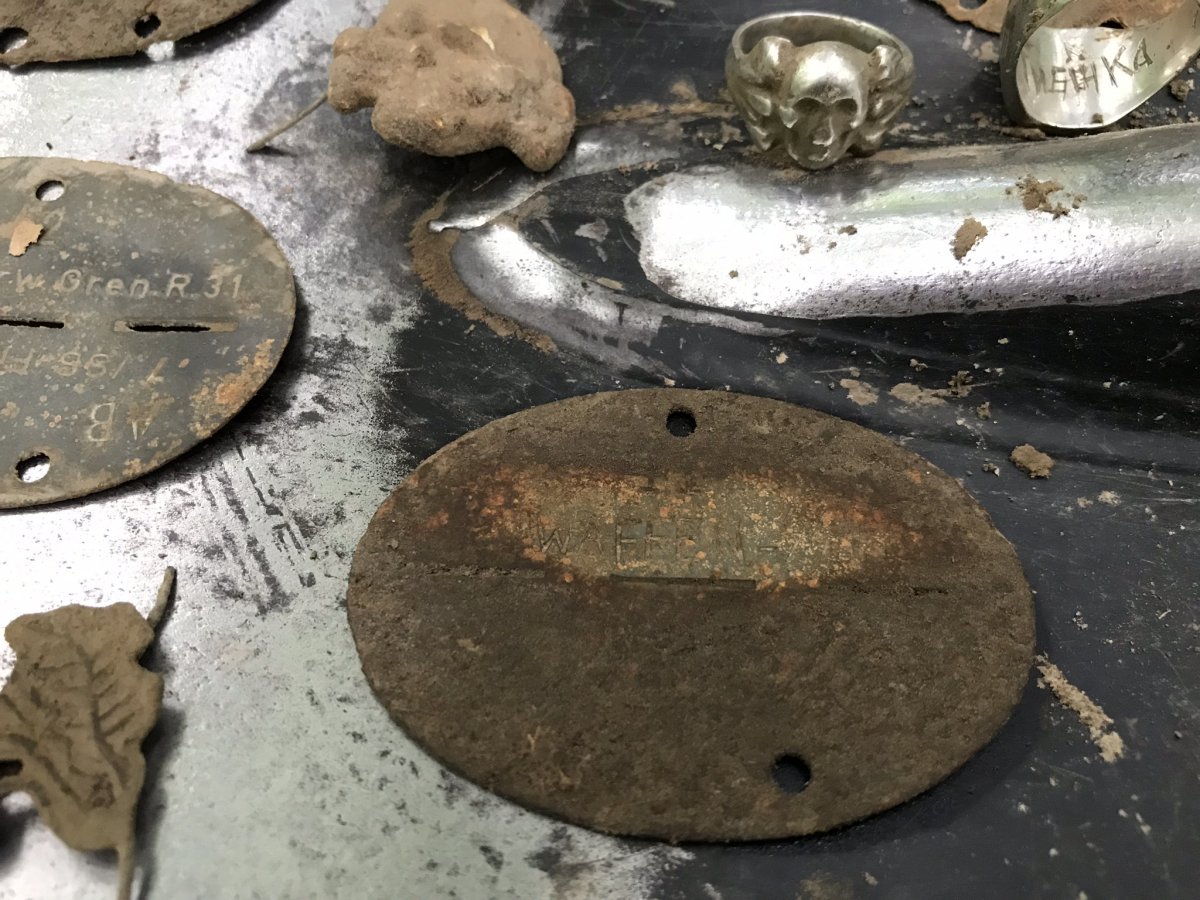 Also in this forest, Beorn managed to find no less rare relics. For example, these two aluminum cockades from the officer’s caps of the Waffen SS officers and two rings.

Cockades from the officer’s caps of the Waffen SS officers and two SS rings. Photo from Beorn