As is already known from the first part of this story, the engine we found belonged to the Soviet Pe-2 bomber.

The Soviet bomber Pe-2 (Petlyakov-2) was a twin-engine low-wing. The crew consisted of a commander, navigator and radio operator gunner. The crew was in two leaky cabins. Pe-2 was the main front-line bomber of the Soviet Air Force during the Great Patriotic War 1941-1945.

The plane went through the whole war, and was adopted by more than ten countries. The aircraft was actively used from the first minutes of the Great Patriotic War until the victory over militaristic Japan. The high speed of the Pe-2 aircraft made it possible to use it in the daytime. The Pe-2 aircraft had two M-105 engines of various modifications. The engines were equipped with variable pitch propellers. The motors were started using compressed air. The engines were located in the underwing engine nacelles. The rear of the nacelle contained a niche for the landing gear. We managed to dig out one of these engines. 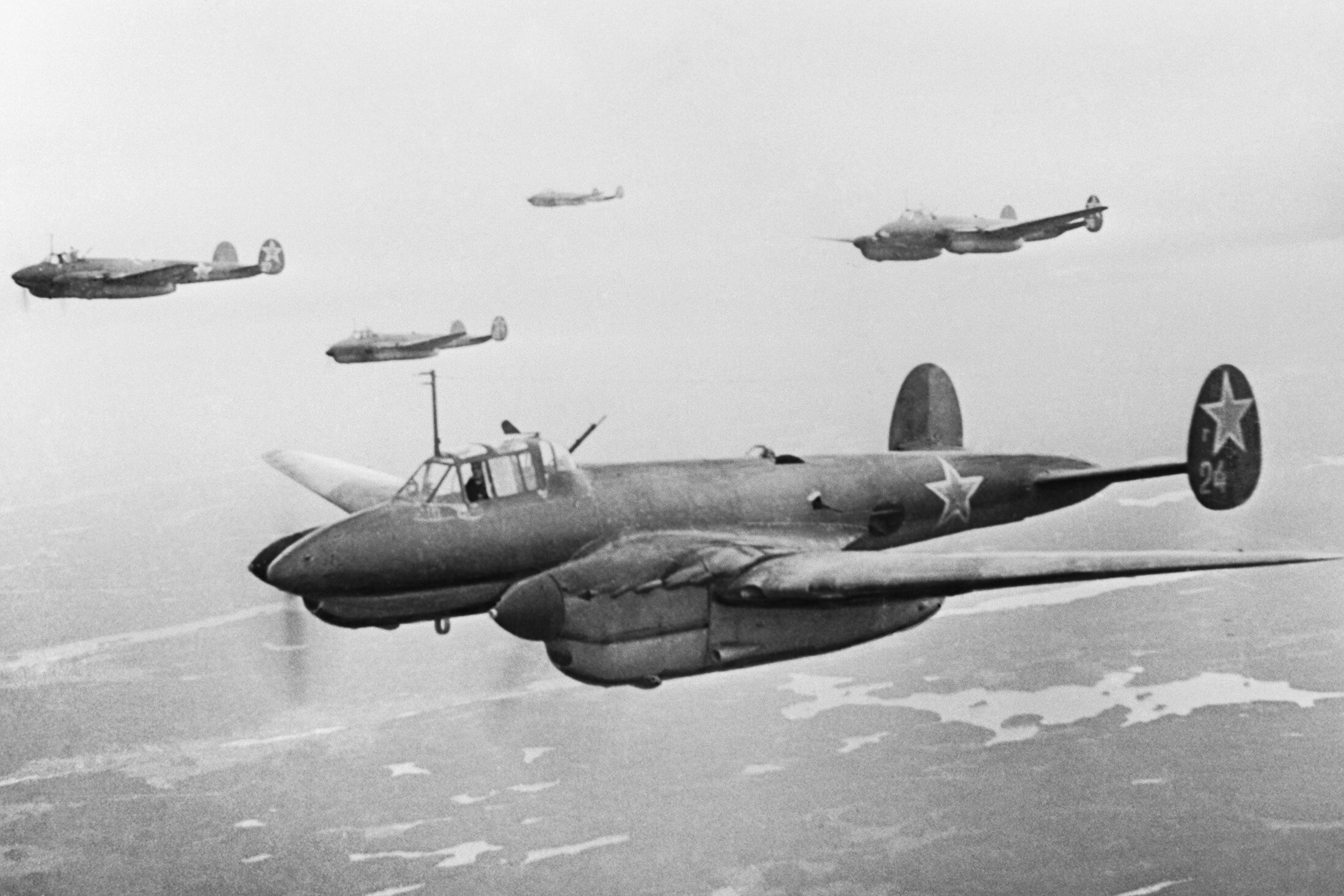 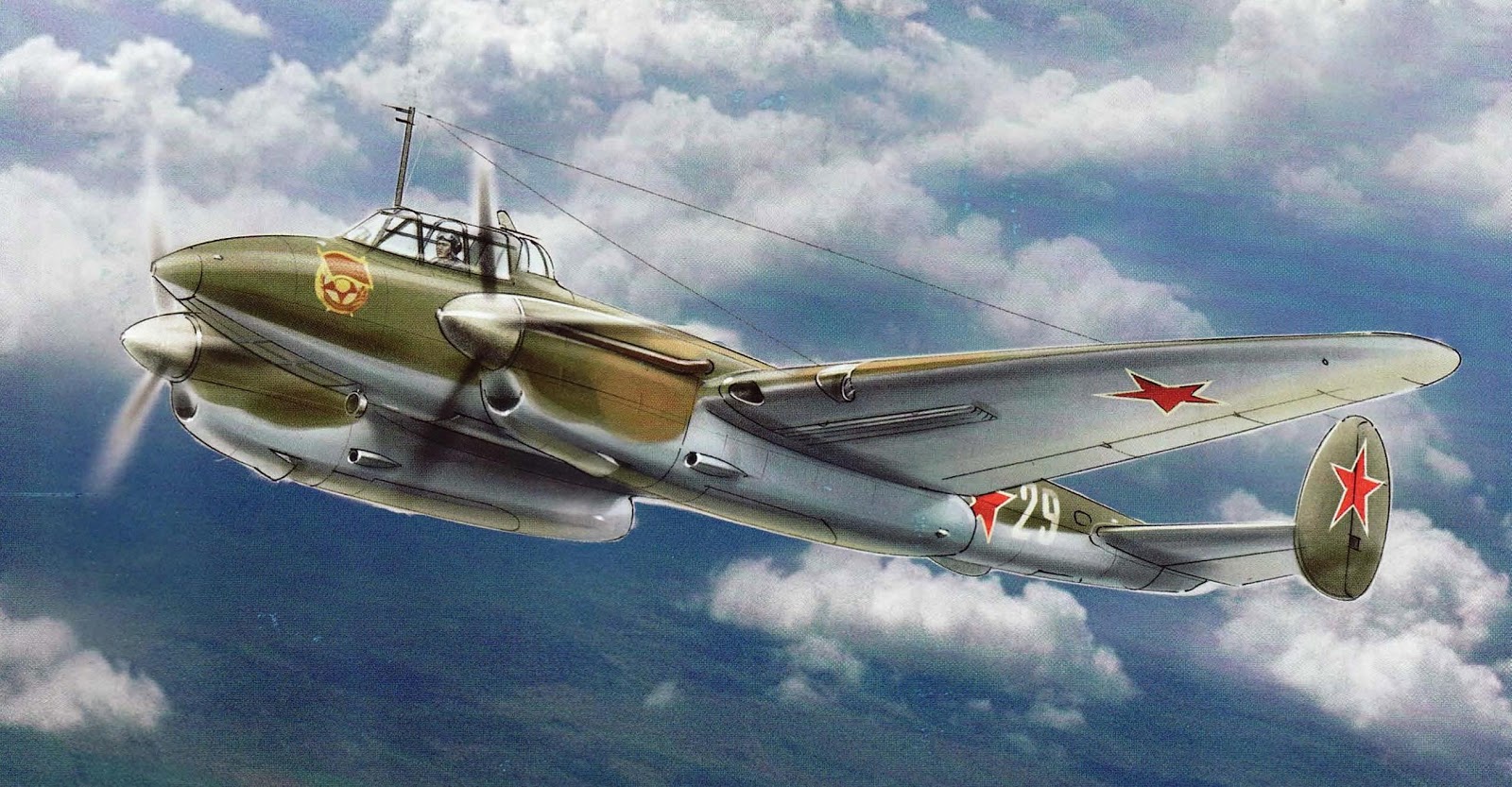 By engine number, we were able to identify the aircraft and find out the history of its death.

The fate of the bomber crew

September 30, 1943 near Leningrad during the bombardment of long-range enemy artillery positions, located in the area of ​​the village of Pavkul and shelling the city, the plane was hit by anti-aircraft fire. Having ordered the crew to leave the plane, Grechishkin directed the burning car to the position of the enemy artillery battery. He died in an airplane explosion. The navigator of the aircraft, Captain A.I. Peregudov, also died, leaving the plane with a parachute, he landed on enemy territory. When trying to capture him, he was shooting back and released the last bullet into himself. Shooter-radio operator I.F.Marchenko was thrown out of the cockpit when an airplane exploded near the ground and was captured in a seriously wounded state. He was released from the German camp in 1945.

From the award sheet, we learned the following: During the Patriotic War, Major Grechishkin’s squadron of guards made 790 sorties with a total combat raid of 720 hours, dropping 442,300 kg of bombs of various calibers, 2,200,000 leaflets on enemy military facilities. During the same time, when repelling attacks in the air, 9 enemy fighters were shot down. The regiment squadron takes a leading place. The personnel of the squadron under the leadership of such an experienced commander as Major Grechishkin was well trained in their specialty. During the fighting of the squadron on the Leningrad Front, it destroyed 12 railway echelons with its bombing attacks, blew up 5 ammunition depots, destroyed 2 wooden bridges of crucial importance, and destroyed 3 enemy long-range artillery batteries that bombarded the city of Leningrad. In addition, a large number of anti-aircraft points, equipment and manpower of the enemy were suppressed. 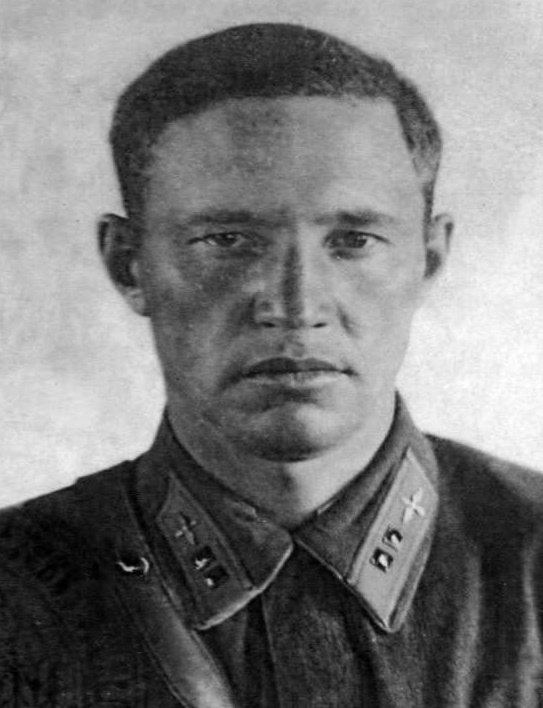 Guard Captain Peregudov A. I. 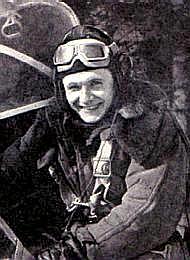 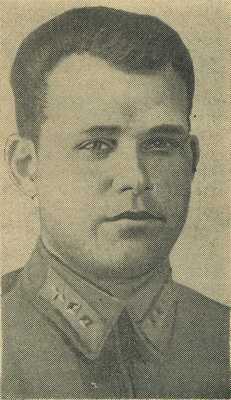 So, thanks to the details from the plane, we learned the history of the entire crew. Eternal glory to the heroes who fought against Nazism! 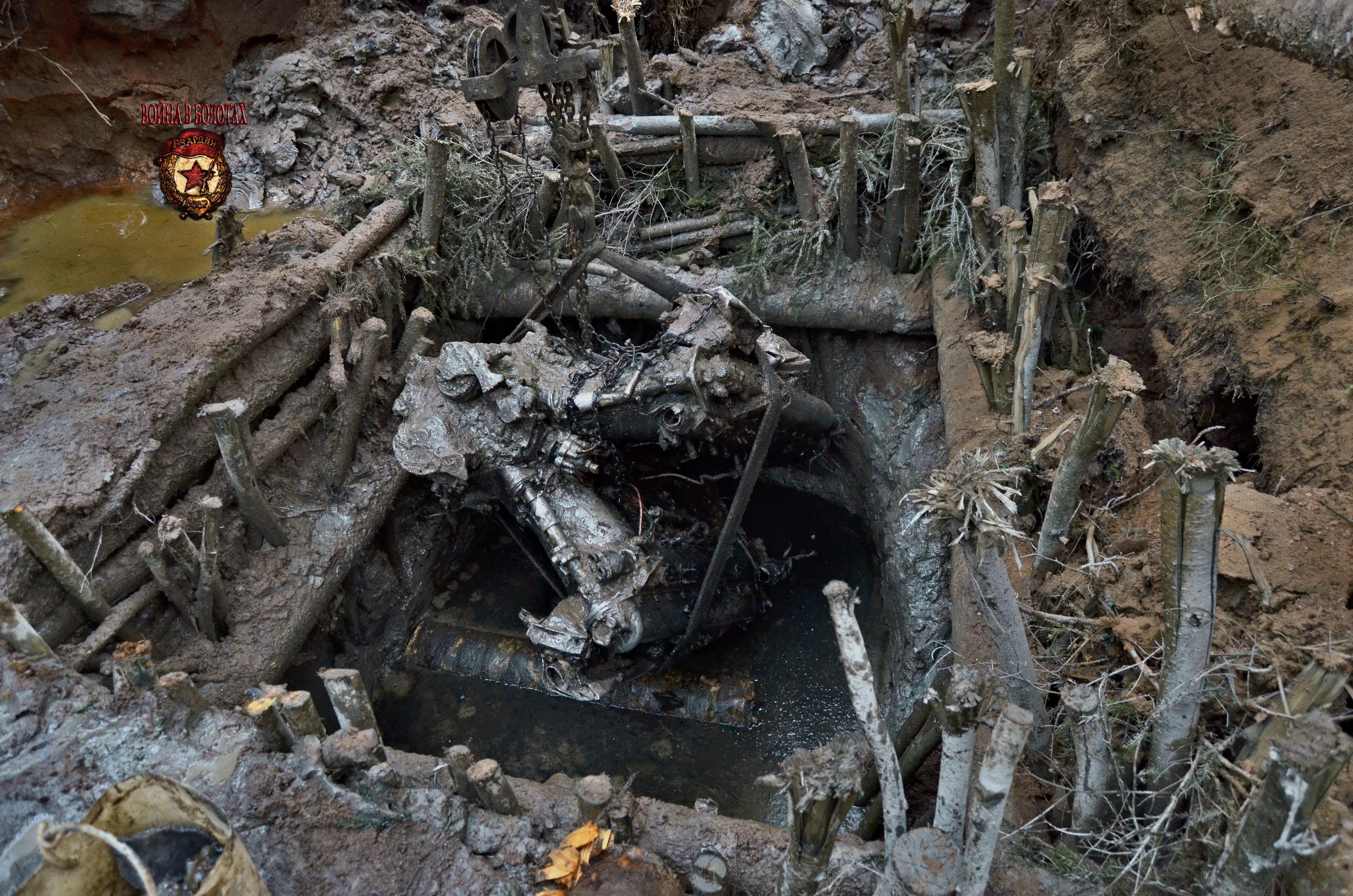 The process of extracting an engine Soviet Pe-2 aircraft. Photo by @swamp_war 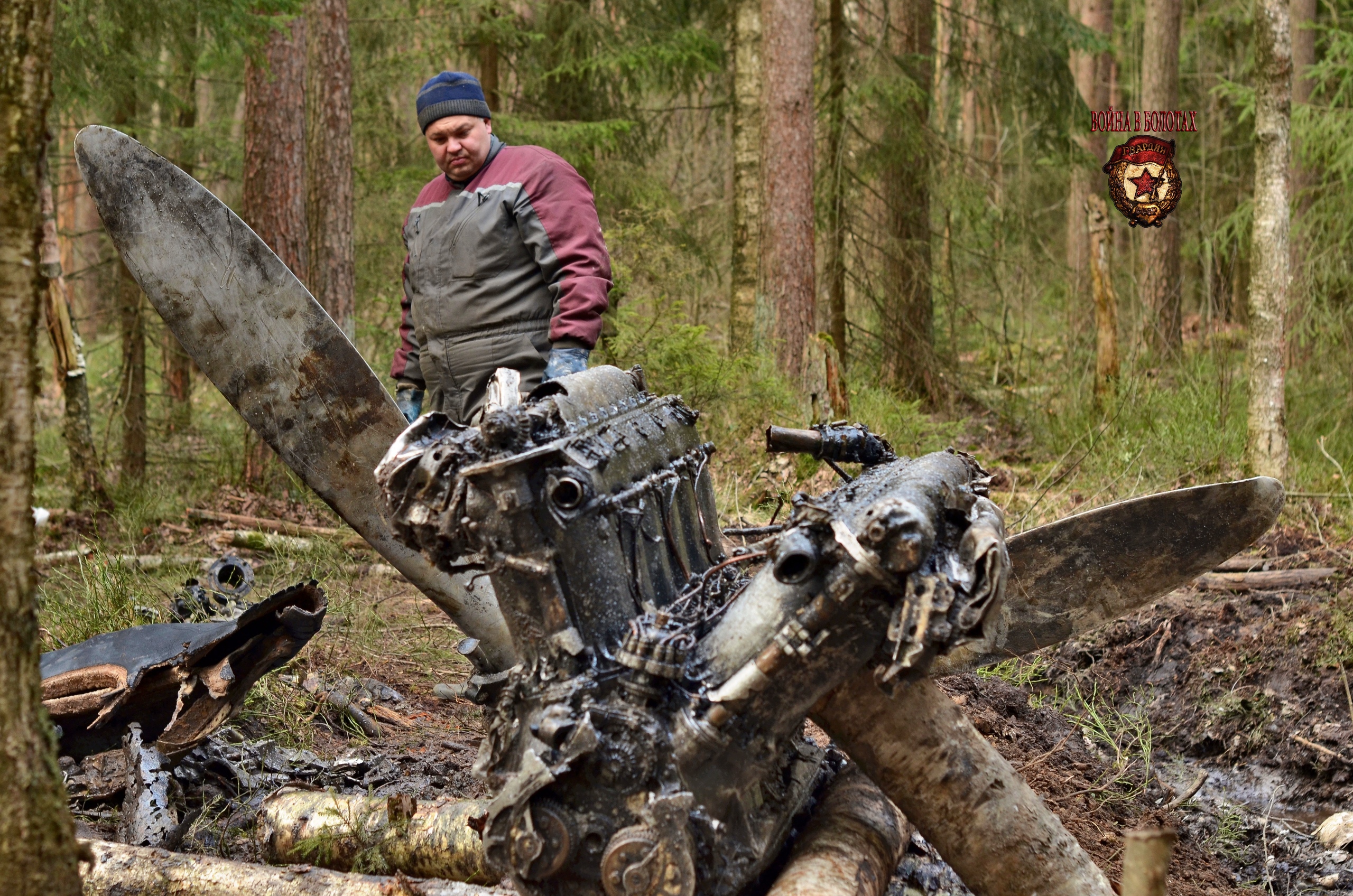 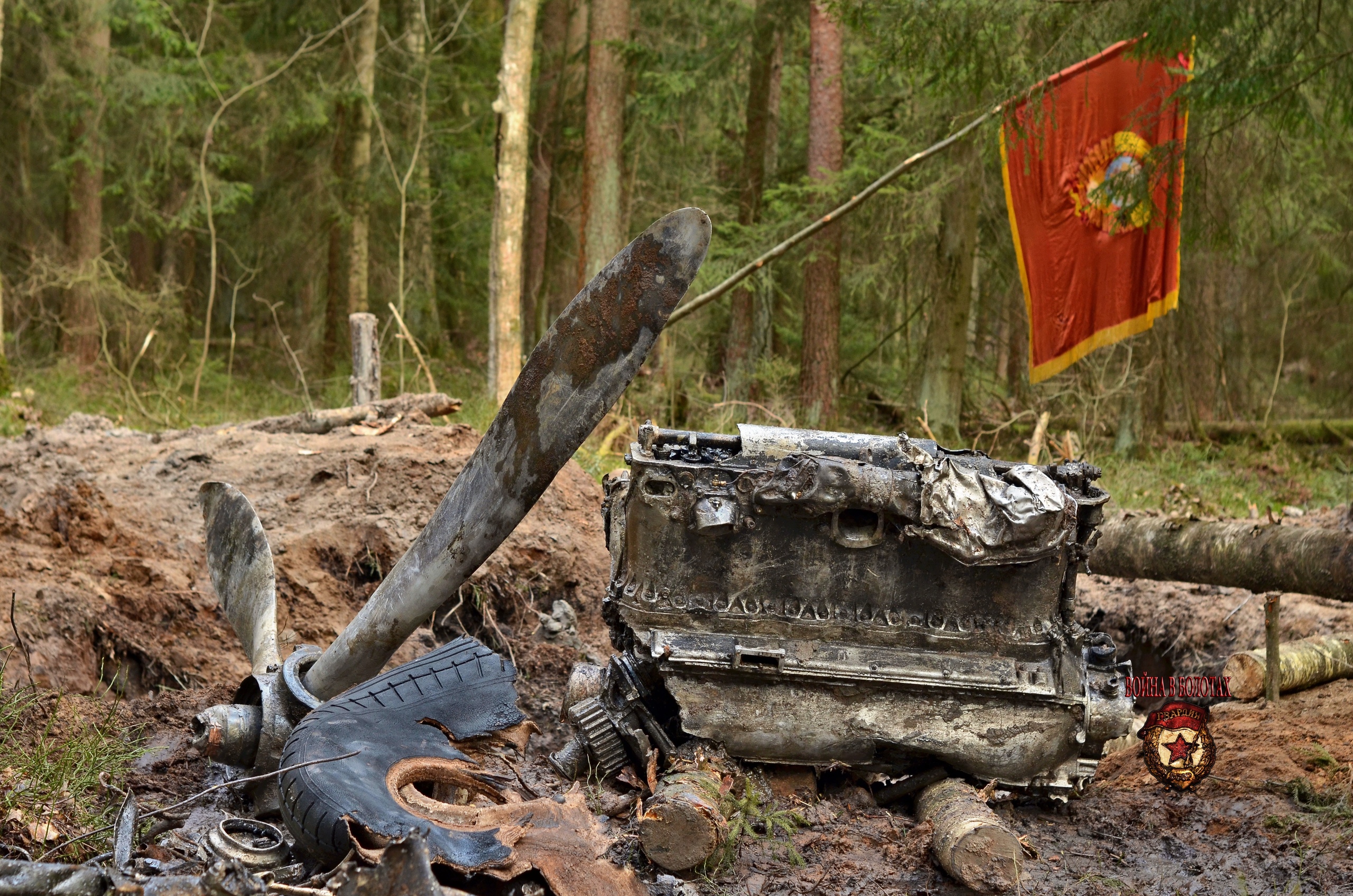 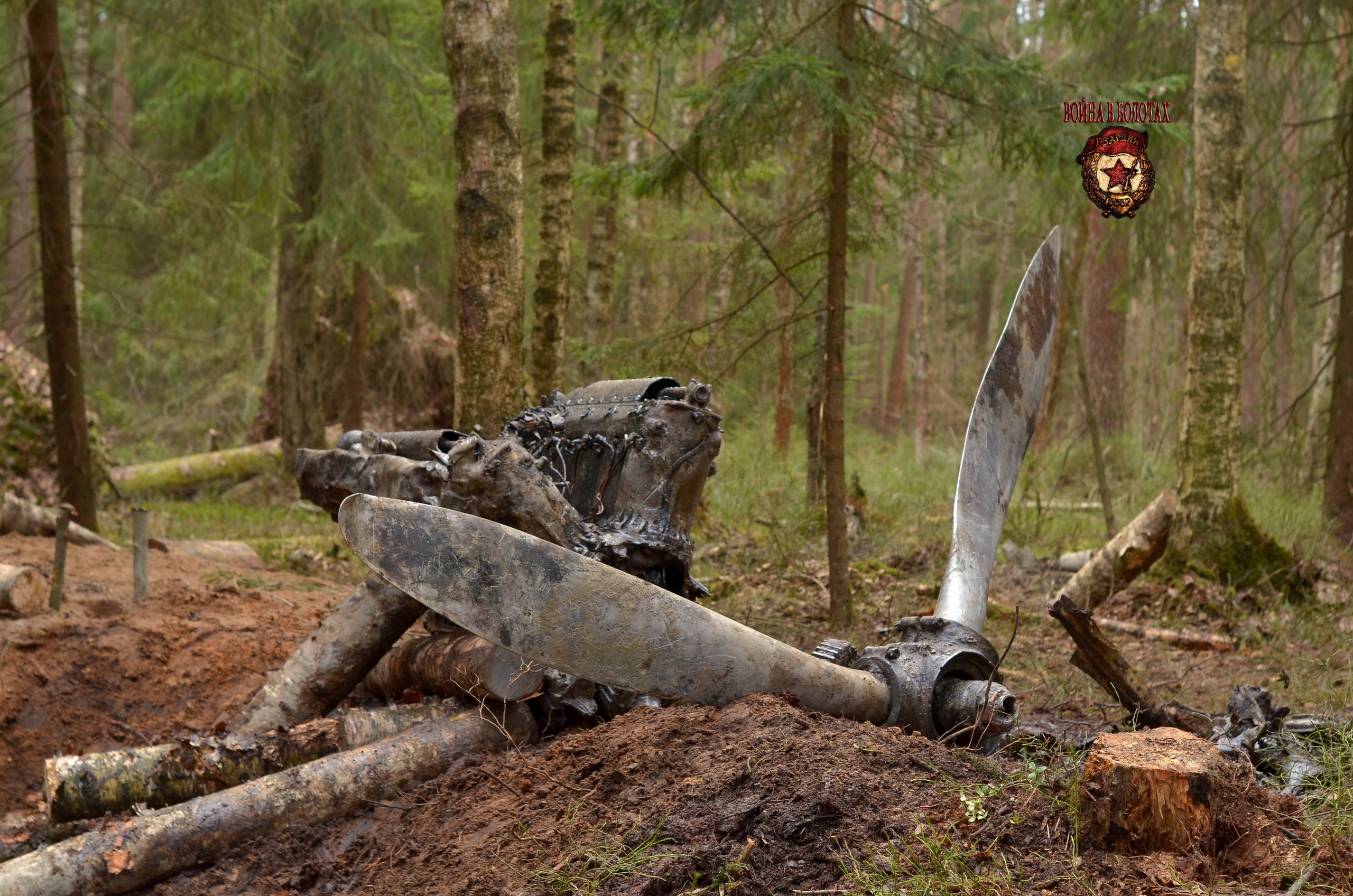