The Battle of Waterloo, the first successful transfusion of blood to humans, the first female astronaut, and the hydrogen bomb test in China. What else happened this week, read in the new week in history

1667 – The first ever successful transfusion of blood to a human

The first description of circulatory system of the human body was done in the book “An Anatomical Study on the Motion of the Heart and the Blood in Animals” published in 1628 by the English scientist William Harvey, who discovered the law of blood circulation and deduced the basic principles of blood movement in the body. After some time, his scientific findings allowed him to start developing a blood transfusion technique.

On June 15, 1667, Professor of Mathematics, Philosophy and Medicine of the Sorbonne, Jean-Baptiste Denis, transferred 9 ounces (about 250 cubic centimeters) of lamb blood to the 16-year-old young man suffering from fever , after which the patient quickly recovered.

This fact is rightfully considered unique, since only 250 years later the existing groups of human blood were discovered.

The real breakthrough in the practice of blood transfusion was the experiments of the British obstetrician James Blundell, who in 1818 saved the life of one of his patients by transfusing her husband’s blood. During the 19th century, his experience was used by other doctors, however, despite obvious progress, the percentage of unsuccessful transfusions remained very high, and this procedure was considered an extremely risky method.

In 1900, the Austrian doctor Karl Landsteiner discovered the first three blood types – A, B and C. Soon, the fourth – AB was added to the list.

These discoveries have given a powerful impetus to research in the field of blood cross-compatibility. In 1907, in New York, the first blood transfusion was made to a patient from a healthy person, with a preliminary check of their blood for compatibility. The transfusion doctor Ruben Ottenberg, over time, drew attention to the universal suitability of the I blood group. 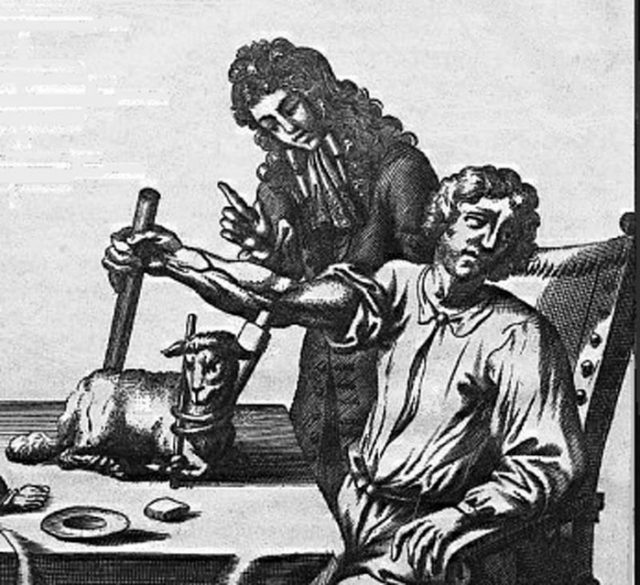 The first successful blood transfusion was from a lamb to a human being.

On June 16, 1963, Valentina Tereshkova flew into space on the Vostok-6 spacecraft. She became the sixth Soviet cosmonaut. At the same time, the Vostok-5 spacecraft, piloted by astronaut Valery Bykovsky, was in orbit.

On the day of the first space flight, she told her family that she was leaving for paratrooper competitions. They learned about the flight from the news on the radio.

Colonel Nikolai Petrovich Kamanin, who was involved in the selection and training of astronauts, claimed:

“Everyone who saw Tereshkova during the preparation for the launch of the ship into orbit, who listened to her reports on the radio, unanimously declared that she had a better start than Popovich and Nikolaev. Yes, I am very glad that I was not mistaken in choosing the first female astronaut. ”

Tereshkova quite seriously suffered a flight. However, despite nausea and physical discomfort, she withstood 48 revolutions around the Earth and spent almost three days in space, where she kept a logbook and took photographs of the horizon, which were later used to detect aerosol layers in the atmosphere. After Tereshkova, the second woman flew into space only 19 years later. It was Svetlana Savitskaya. 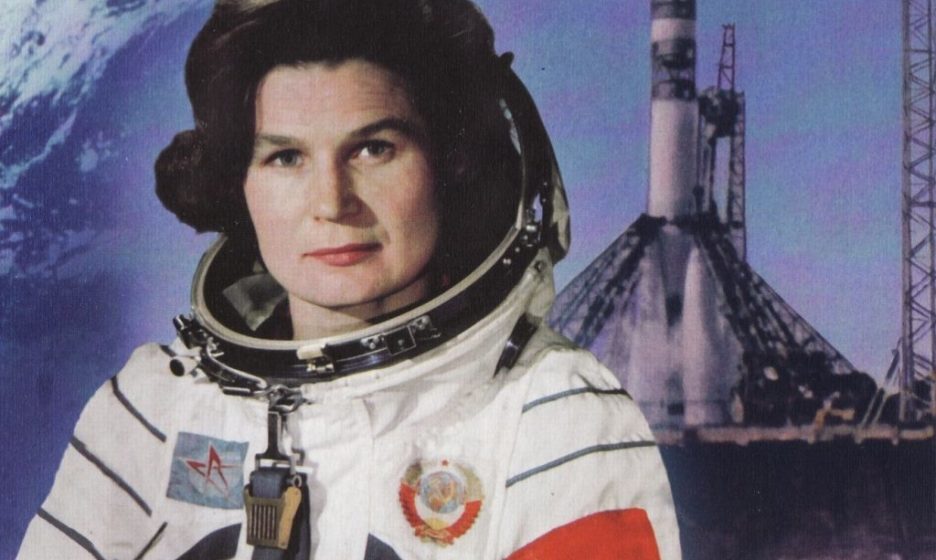 Valentina Tereshkova is the first female cosmonaut in the world.

In 1954, Mao Zedong asked Nikita Sergeyevich Khrushchev to reveal the secret of the atomic bomb and help establish the production of new weapons in China.

From 1955 to 1958, the USSR and China signed a series of agreements on cooperation in the development of the Chinese nuclear industry. According to one of the treaties, the Soviet Union promised to transfer to China a model of the atomic bomb and the necessary technical documentation. However, by the end of the 1950s, relations between the two countries had deteriorated, and Khrushchev decided not to give atomic secrets to China.

Then Mao ordered the Chinese scientists to immediately begin a work on their own nuclear weapons. About 900 scientific and industrial organizations, united under the leadership of the Second Ministry of Engineering, worked on the nuclear weapons project.

On October 16, 1964, the first Chinese atomic bomb with a capacity of 22 kt was tested at the Lobnor test site (northeastern part of the Charklyk county of Xinjiang Uygur Autonomous Region), and on June 17, 1967, was tested a thermonuclear (hydrogen) bomb with an energy release of 3 Mt. In total, up to 1996, 45 tests were conducted at the test site. 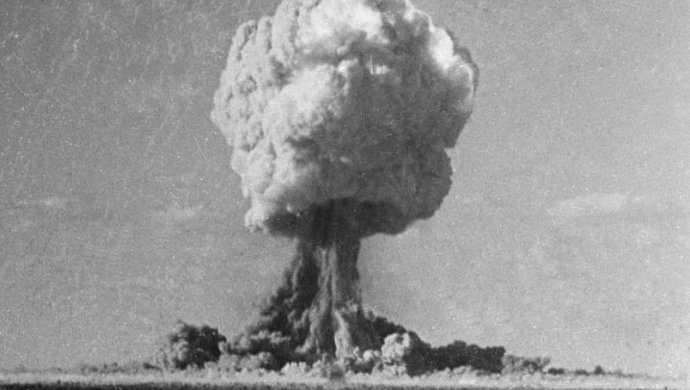 The explosion of a hydrogen bomb.

The Battle of Waterloo (French Bataille de Waterloo) was the finale of Napoleon’s famous “one hundred days” – the period of his second reign after fleeing the island of Elba – and the final defeat of his army.

In March 1815, under the slogan of peace and the introduction of a constitution in the country, the Emperor Napoleon reigned in France again.

He turned to Russia, England, Austria and Prussia with a proposal for peace on the basis of the status quo. However, members of the Congress of Vienna did not accept them, and on March 13, the heads of European governments adopted a Declaration that outlawed Napoleon. For France, this meant an inevitable war with all of Europe. On March 25, the seventh coalition was legally formed.

The military forces of the French army were depleted in previous campaigns. At the disposal of the emperor was only about 130 thousand people with 344 guns. The allies decided to surround and crush his troops with their numerical superiority.

On June 16, he defeated the Prussian army at the Battle of Ligny and ordered the corps of Marshal Emmanuel de Grouchy to pursue it. However, he acted hesitantly and did not go to Waterloo (a Belgian town near Brussels) to the aid of the French army. Napoleon directed his main forces to Waterloo against the English army. But all the attacks of the French troops were repulsed. In the midst of the battle from the east, the Prussian corps came up and with a blow to the flank decided the outcome of the battle. Almost all artillery was lost, the spirit of the army was broken.

So, at the Battle of Waterloo on June 18, 1815, Napoleon’s army ceased to exist. Four days later, Napoleon again abdicated and was exiled to the island of St. Helena, and the Bourbon dynasty again came to political power in France. 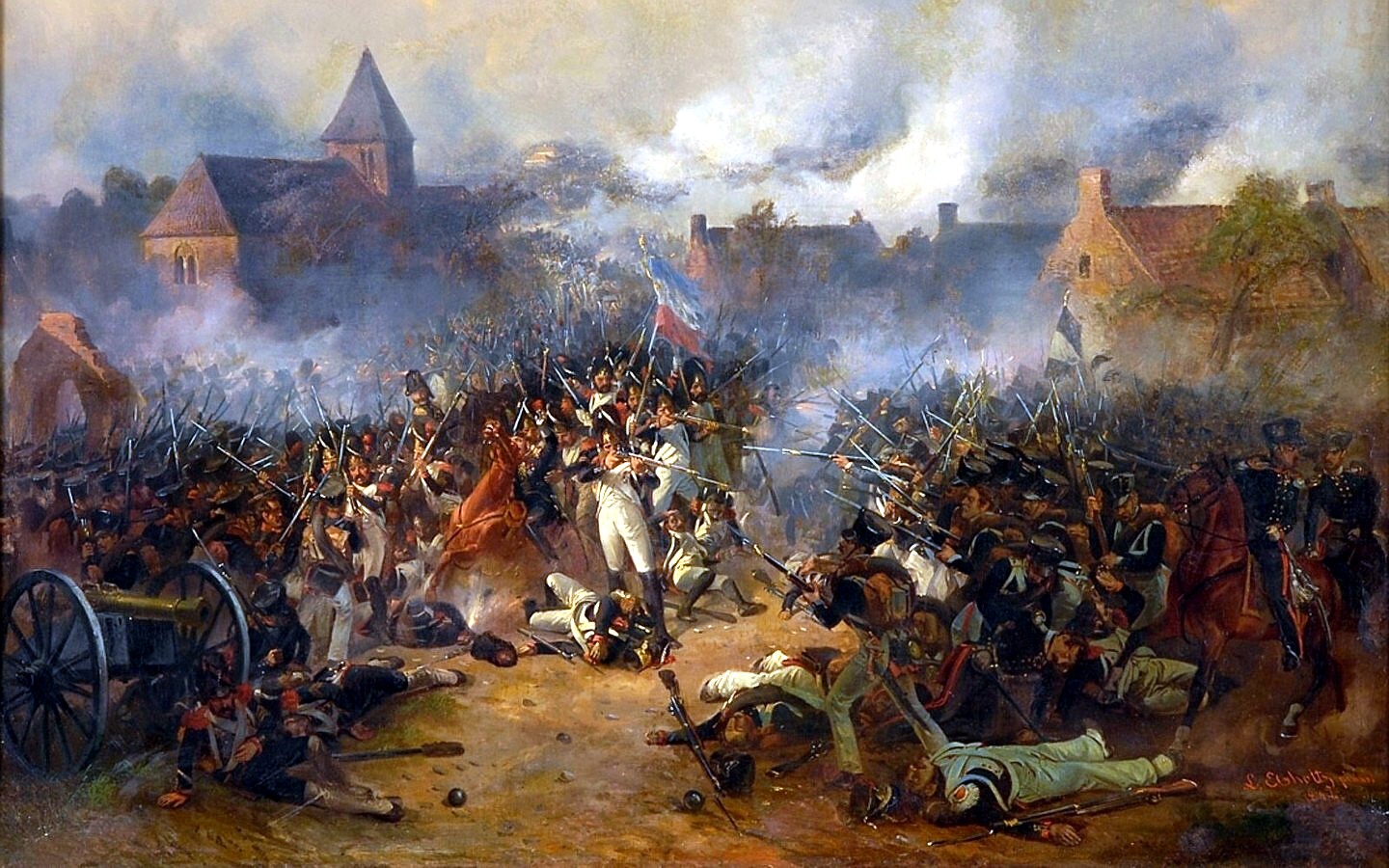 The victory of the North over the slave-owning South in the US Civil War in 1861-1865 put an end to the import of slaves into the country.

On June 19, 1862, President Abraham Lincoln passed a law abolishing slavery, and on January 1, 1863, issued the Declaration of Independence, which called on the Union Army to free all slaves owned by landowners.

However, the Declaration did not have the proper impact until the end of the war, because its constitutionality was disputed by the very fact of the armed conflict between the North and the South. In December 1865, the 13th Amendment to the US Constitution was adopted, abolishing slavery throughout the state. This event dealt a final blow to the country’s slave trade.

The situation was ratified by three quarters of the US states, saying that neither slavery nor any other forced form of work in the United States is henceforth permitted. 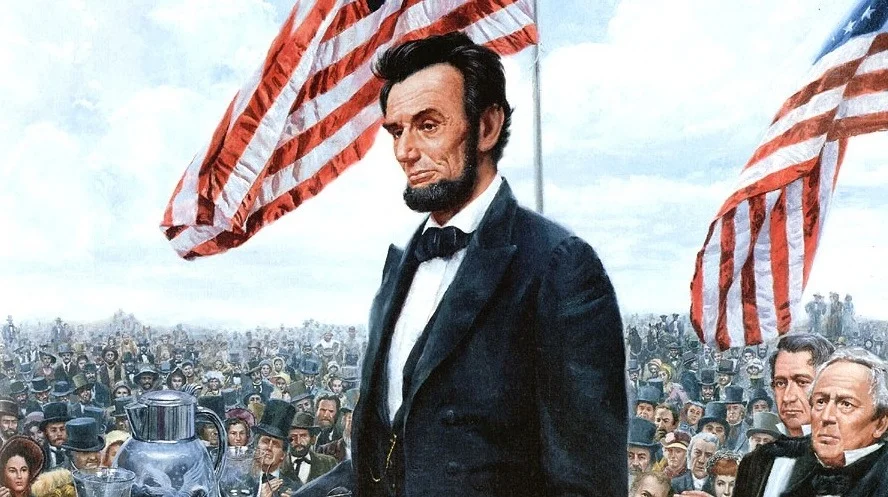 Abraham Lincoln was an American statesman and lawyer who served as the 16th president of the United States (1861–1865).

Princess Victoria inherited the English throne at the age of 18 after the death of the last representatives of the male Hanover dynasty – Kings George IV and William IV, who did not have any heirs. On June 20, 1837, she ascended the throne, and her coronation took place at Westminster Abbey on June 28, 1838.

Victoria completely entrusted her former teacher Baroness Leisen with the arrangement of the house and the management of the yard. In managerial activities, she was assisted by the former secretary of her mother’s brother Leopold, Baron Shtokmar, a confidant of the entire Saxe-Coburg family. She entrusted the solution of questions of domestic policy to the leader of the Whig party of the Prime Minister of Melbourne.

Queen Victoria became one of the largest iconic figures in English history, along with William the Conqueror, Henry VIII, and Elizabeth I. The time of her reign gave rise to many historical concepts, such as “Victorianism”, “Victorians”, “Victorian era”. There is also “Victorian morality”, “Victorian family”, “Victorian architecture”.

For 64 years of Queen Victoria’s reign, Great Britain experienced an extraordinary political, economic, and cultural heyday. Street lighting, sidewalks, sanitation and hygiene, plumbing and sewage, and the subway appeared in the country.

At that time, kitchen equipment and tin cans, photography, music boxes and a mechanical piano, toys, postcards were invented and widely distributed. In the Victorian era, a theatrical celebration of Christmas and the practice of presenting Christmas gifts were introduced. 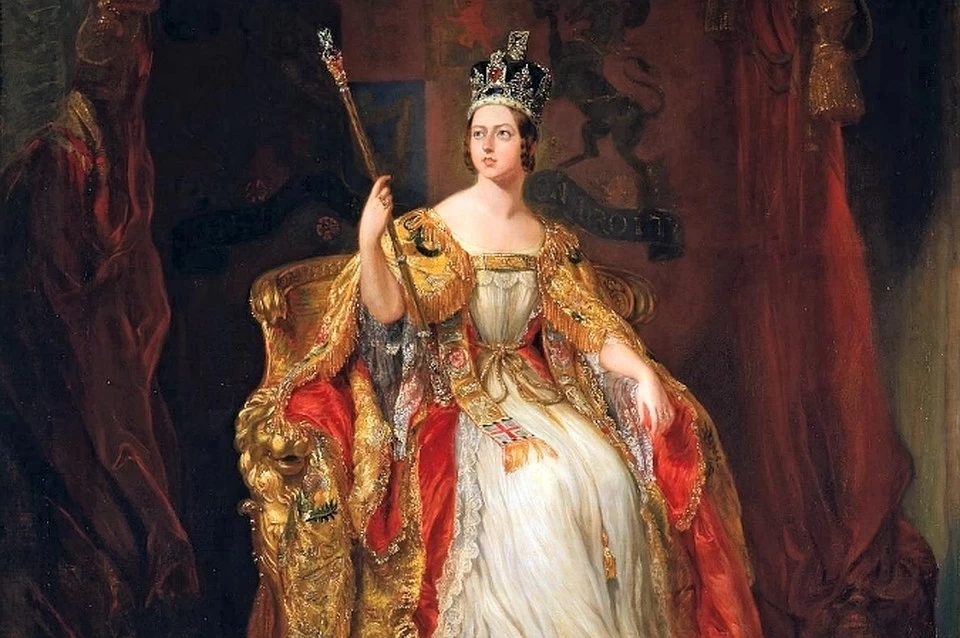 Victoria was Queen of the United Kingdom of Great Britain and Ireland from 20 June 1837 until her death.

On June 21, 1948, Columbia Recording Corporation (CRC) invited fifty correspondents from leading American newspapers to the presentation. Near a column 2.5 meters high, composed of ordinary plates with a rotation speed of 78 revolutions per minute, there was a 40-centimeter stack of disks of a new type, at 33.3 revolutions.

The music of all the carriers of the first column was recorded on them. After the first tune sounded – Mendelssohn’s E-minor concert – the audience exploded with applause. A 23-minute concert would fit on one side of a new 12-inch diameter record, while the old ones would need at least three, with a flip.

Long-playing records were intended for electro-acoustic reproduction with the help of electric players, electrophones, and subsequently more compact radiol. This invention made it possible to significantly expand the recorded frequency band from 50 to 16000 Hz, completely preserve the sound timbre, and also increase the dynamic range of the recording to 50-57 dB, reduce noise, significantly extend the quality of sound.

With the advent of long-playing records, fast circulations began to decrease (78 rpm), and in the late 1960s their production was finally curtailed. 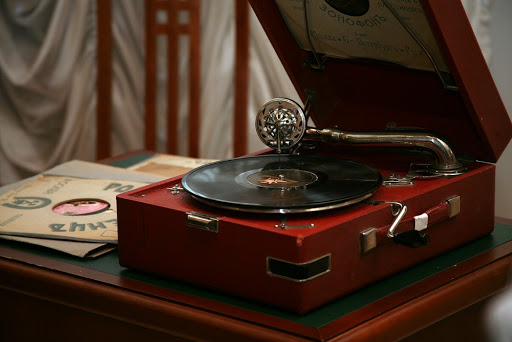 A phonograph record often simply record, is an analog sound storage medium in the form of a flat disc with an inscribed, modulated spiral groove.