We again came to the Leningrad front forest in search of relics of the World War II with a metal detector. We returned to our camp, which we built a few days ago. In this area, there was a large concentration of soldiers of the Wehrmacht army, so it was impossible to check the entire territory in one day. 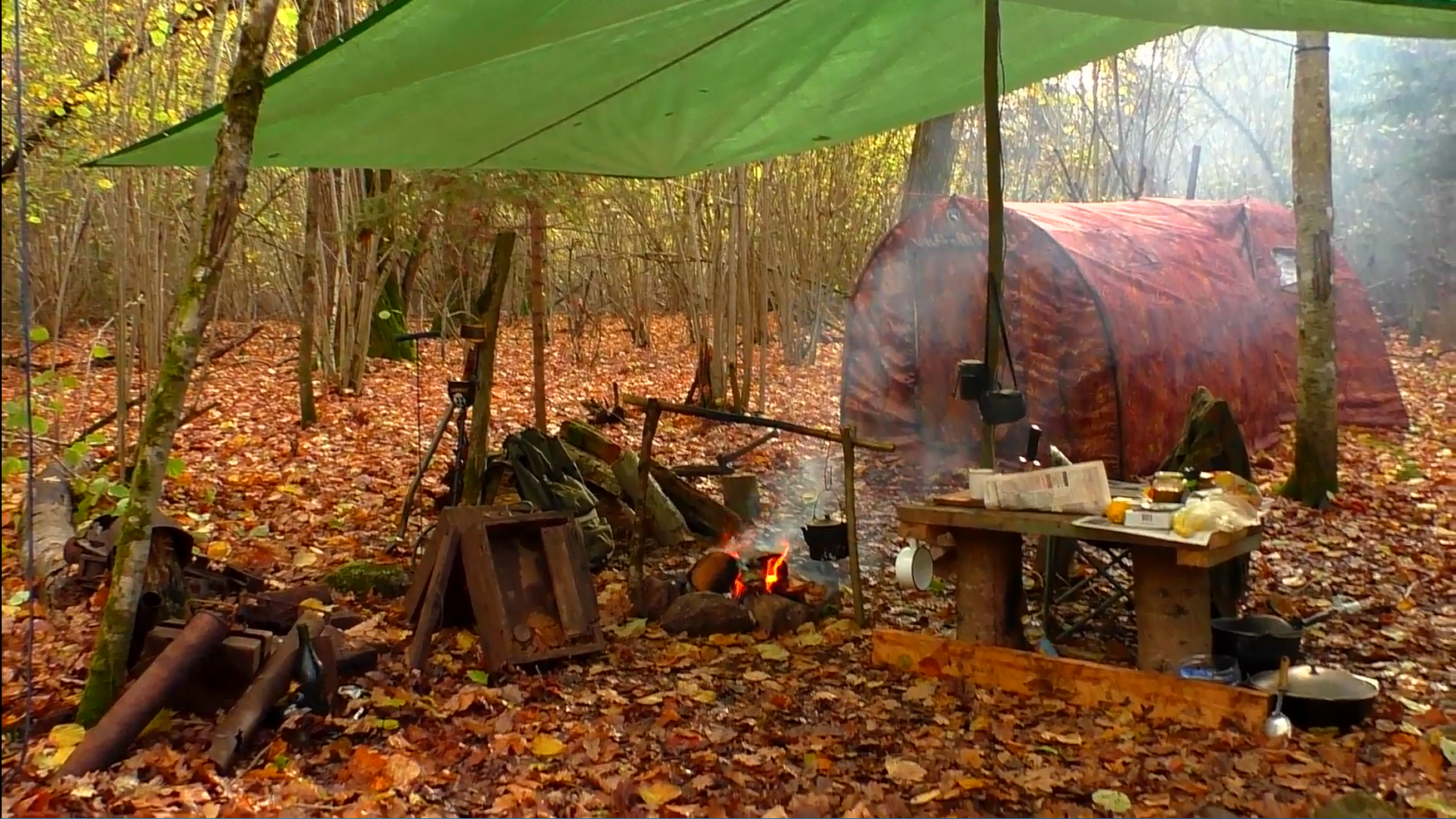 Our camp for living in the forest. Photo by @Swamp_war

Last time I marked for myself a dugout that I will dig today. It was located 30 meters from our camp. It was a small German dugout. Around it lay pine logs that had once been its roof and walls.

I took my metal detector and first surveyed the area around the dugout. This is necessary because some items could be lost or thrown by German soldiers near the dugout. I managed to find several metal cream jars and a German toothbrush. 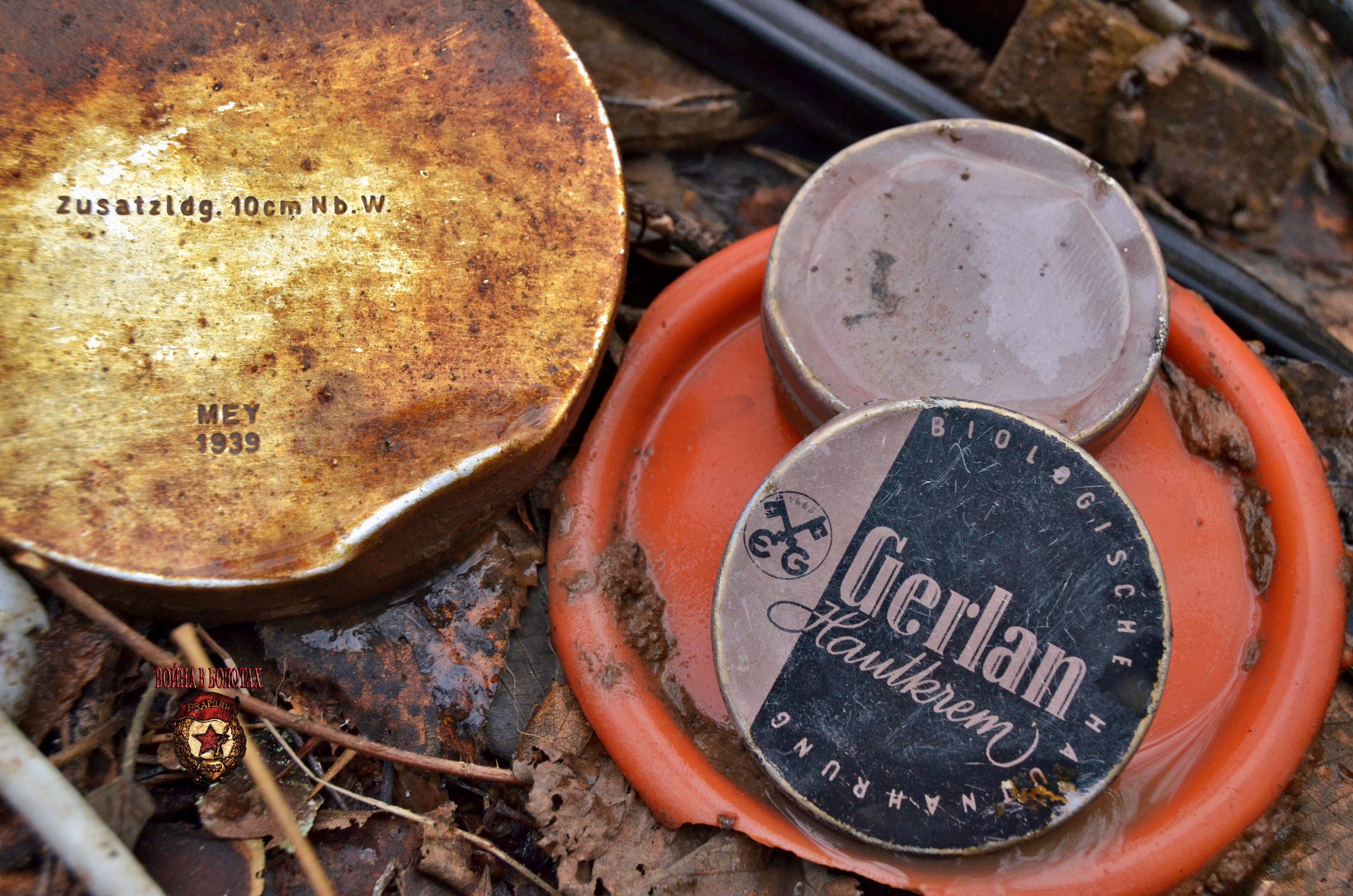 My first finds around German dugout. Photo by @Swamp_war

The first finds relics from the Leningrad front dugout

Having searched the area around the dugout, I began to dig out the dugout itself. This time there was no groundwater. Having removed a layer of soil with a shovel, I took out logs that were dug in by a German soldier more than 70 years ago. The first find was a cream jar and a wooden artillery box in excellent condition. Unfortunately, it was empty.
Then I began to find small items such as a wooden tent peg, a very small German lighter, pliers, various leather goods and many other items that I find in almost every dugout. 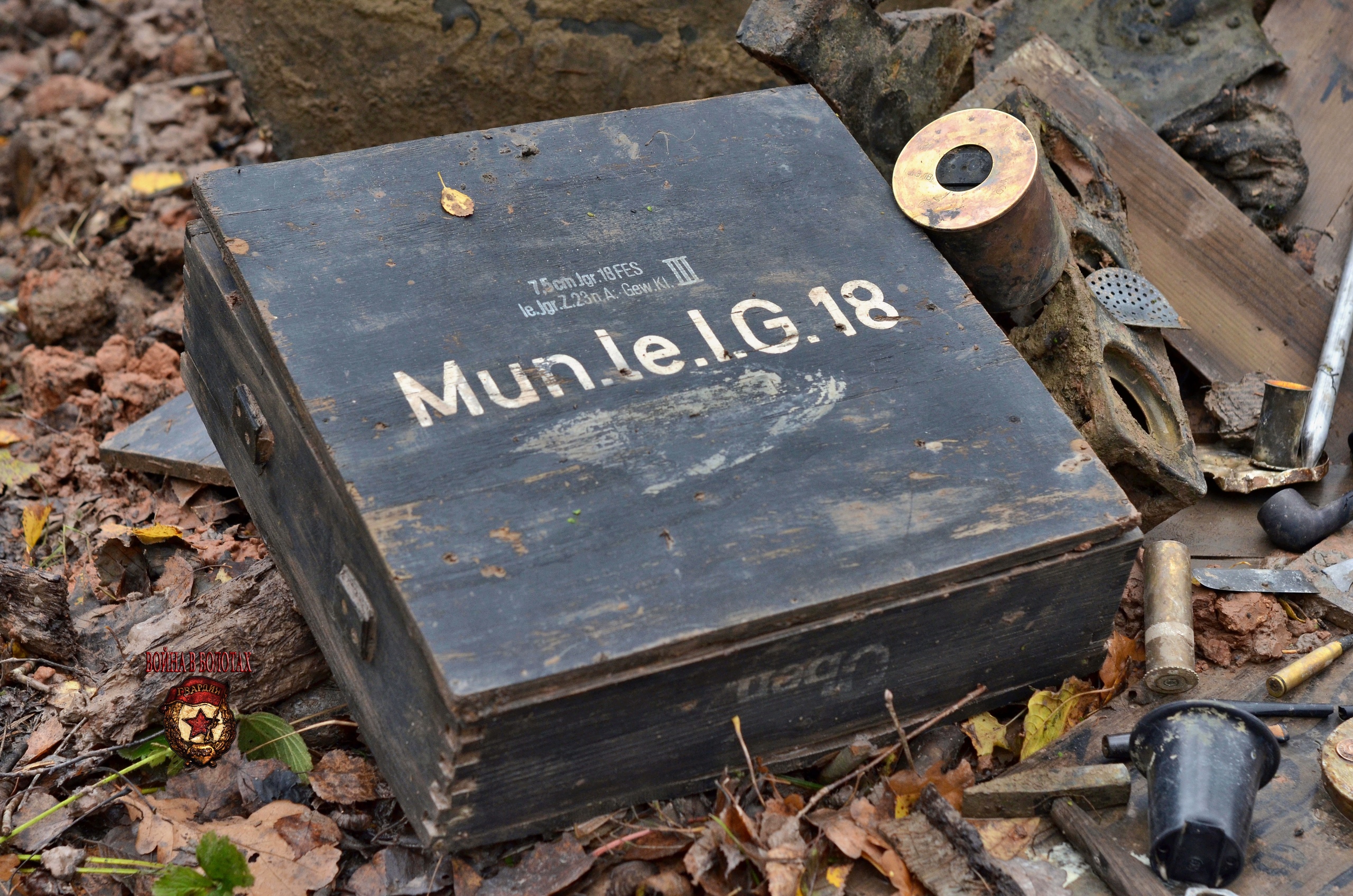 German wooden military box. Due to the lack of oxygen, this box is perfectly preserved. We will give it to the local WWII museum. Photo by @Swamp_war 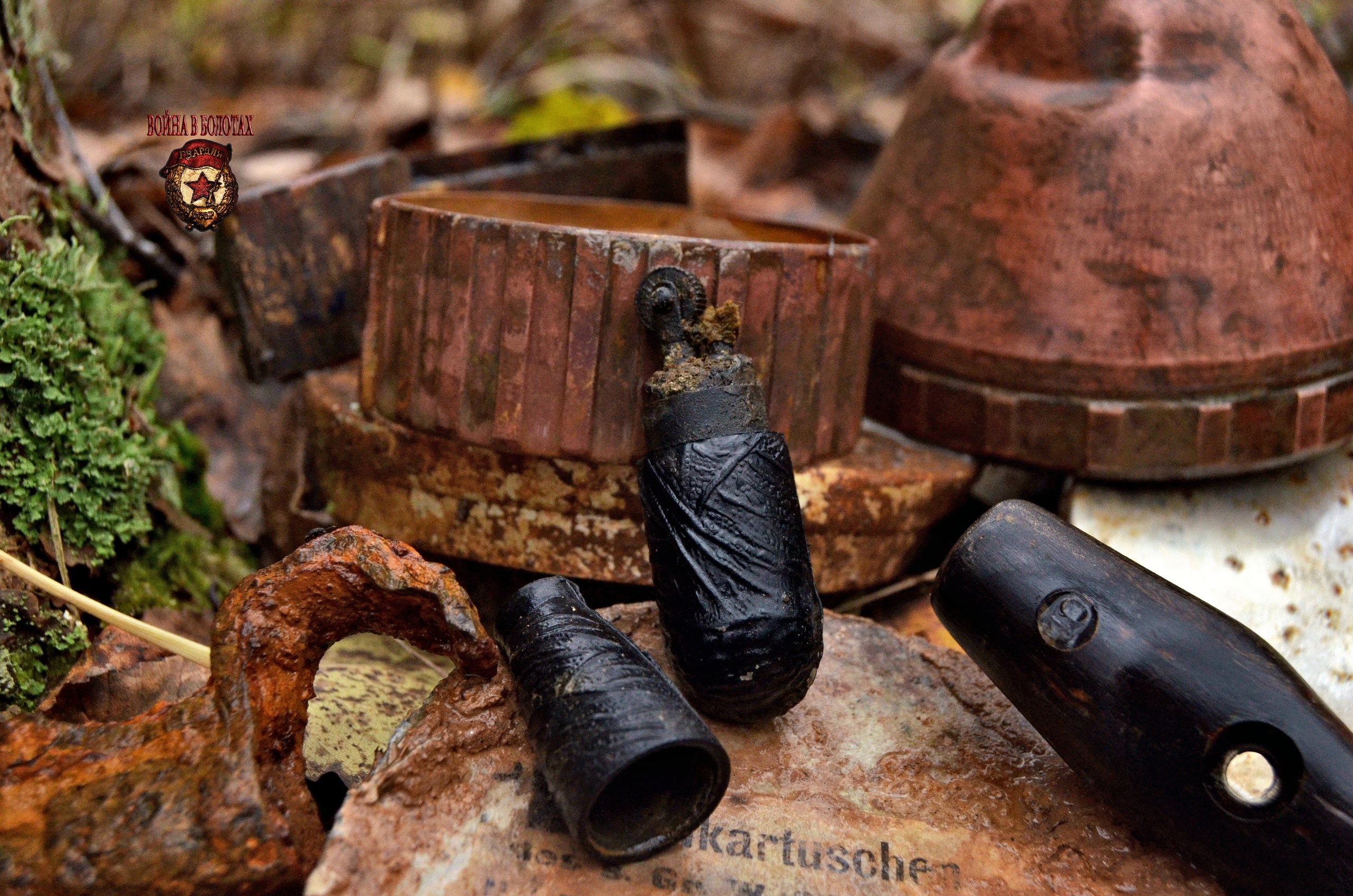 Fancy little lighter. This is the first time I have found such a lighter. Perhaps I will be able to restore it. Photo by @Swamp_war 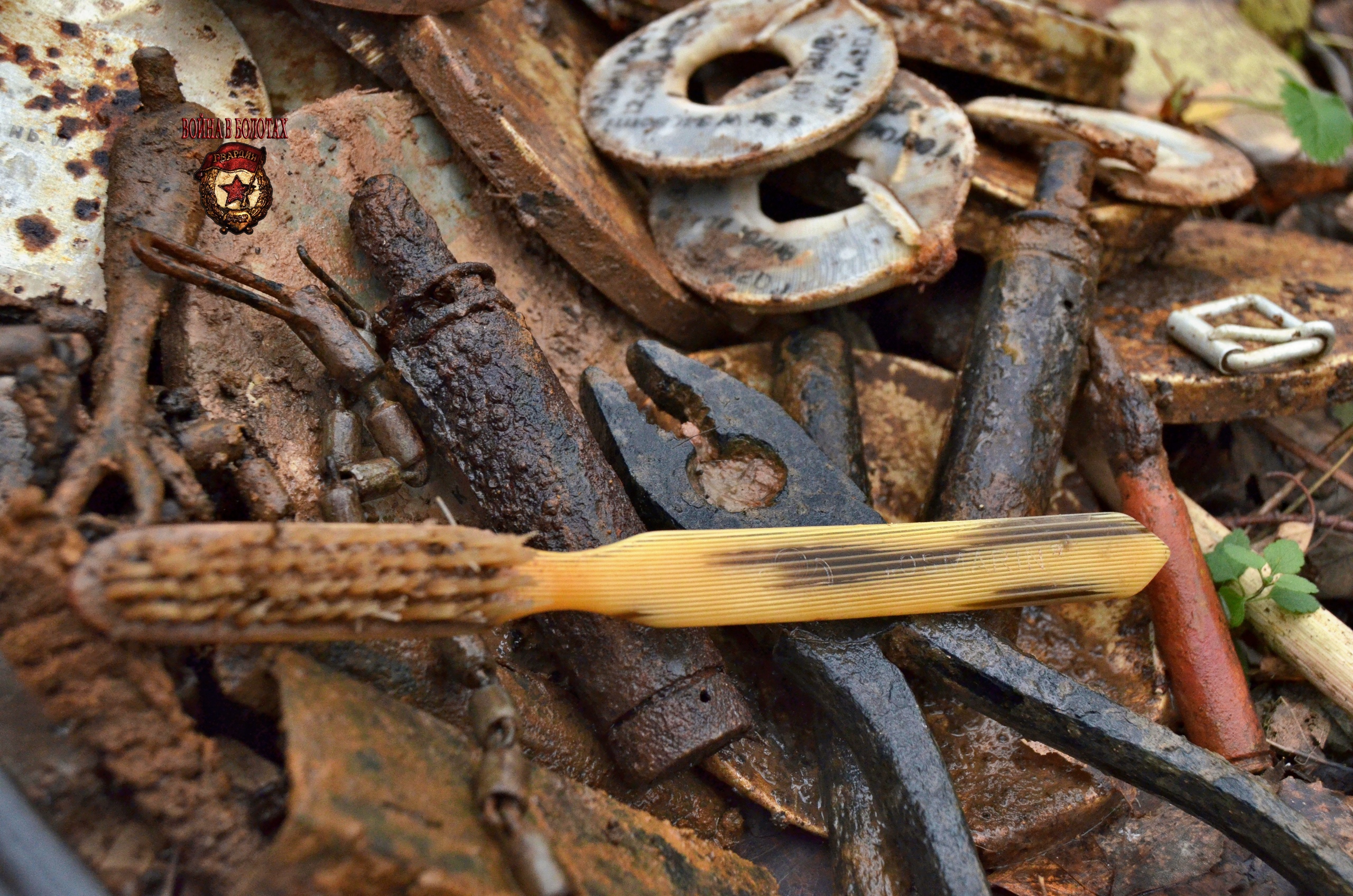 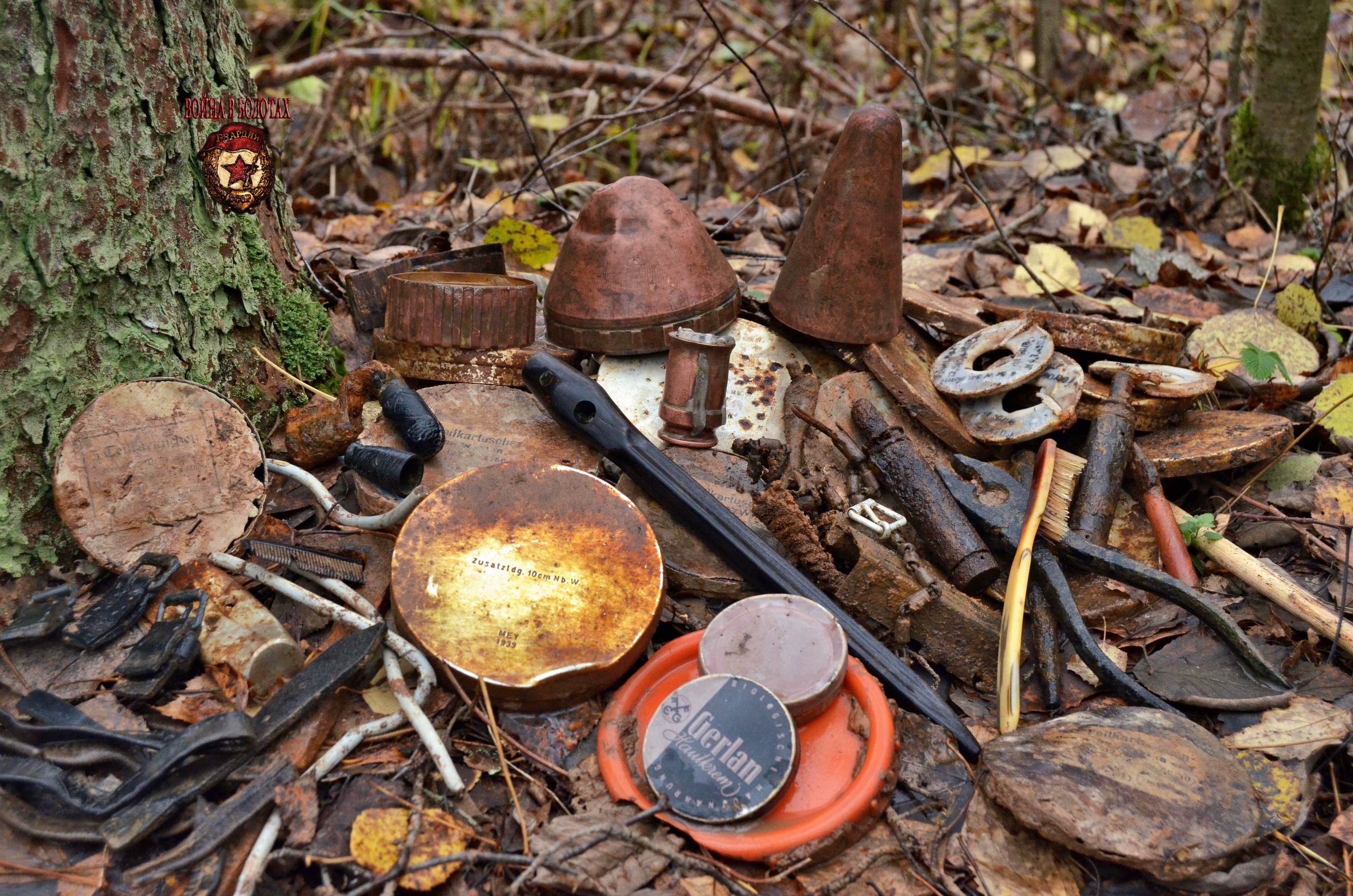 In the photo you can see all the relics that I managed to find in the dugout. Photo by @Swamp_war

These are the finds I managed to dig up in this dugout. Unfortunately, in November the sun sets early, so I could continue excavations only the next day.

War Merit Cross from the ground

The next morning, after breakfast, I began to excavate the next German dugout. I found in it wooden artillery boxes, household items, a small sapper shovel, an ax, several mouthpieces, and even a German leather boot in excellent condition. 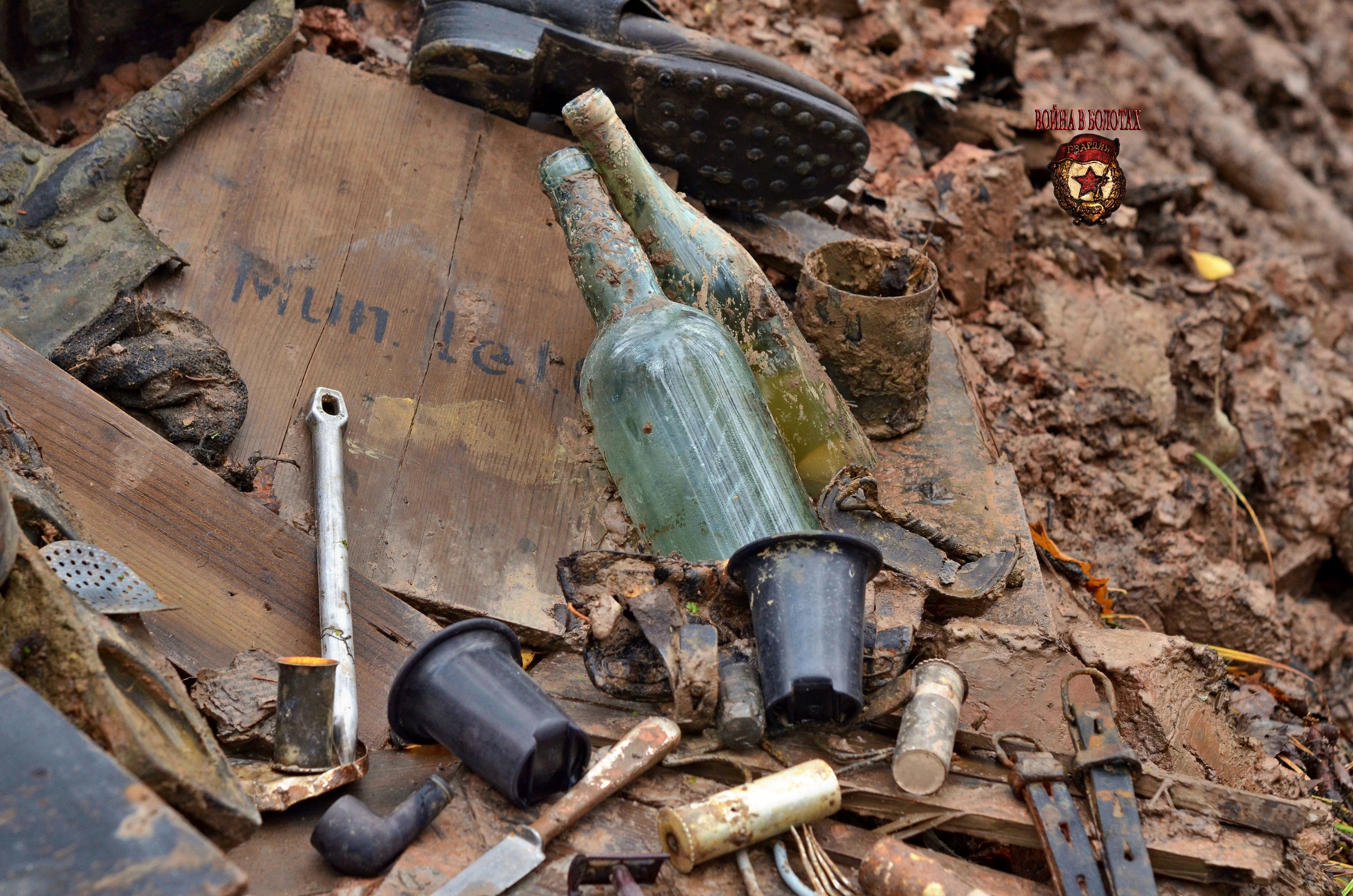 All these items were dug up by me in a German dugout. By the way, bakelite glassfuls are almost always broken. But this time they were undamaged. Photo by @Swamp_war 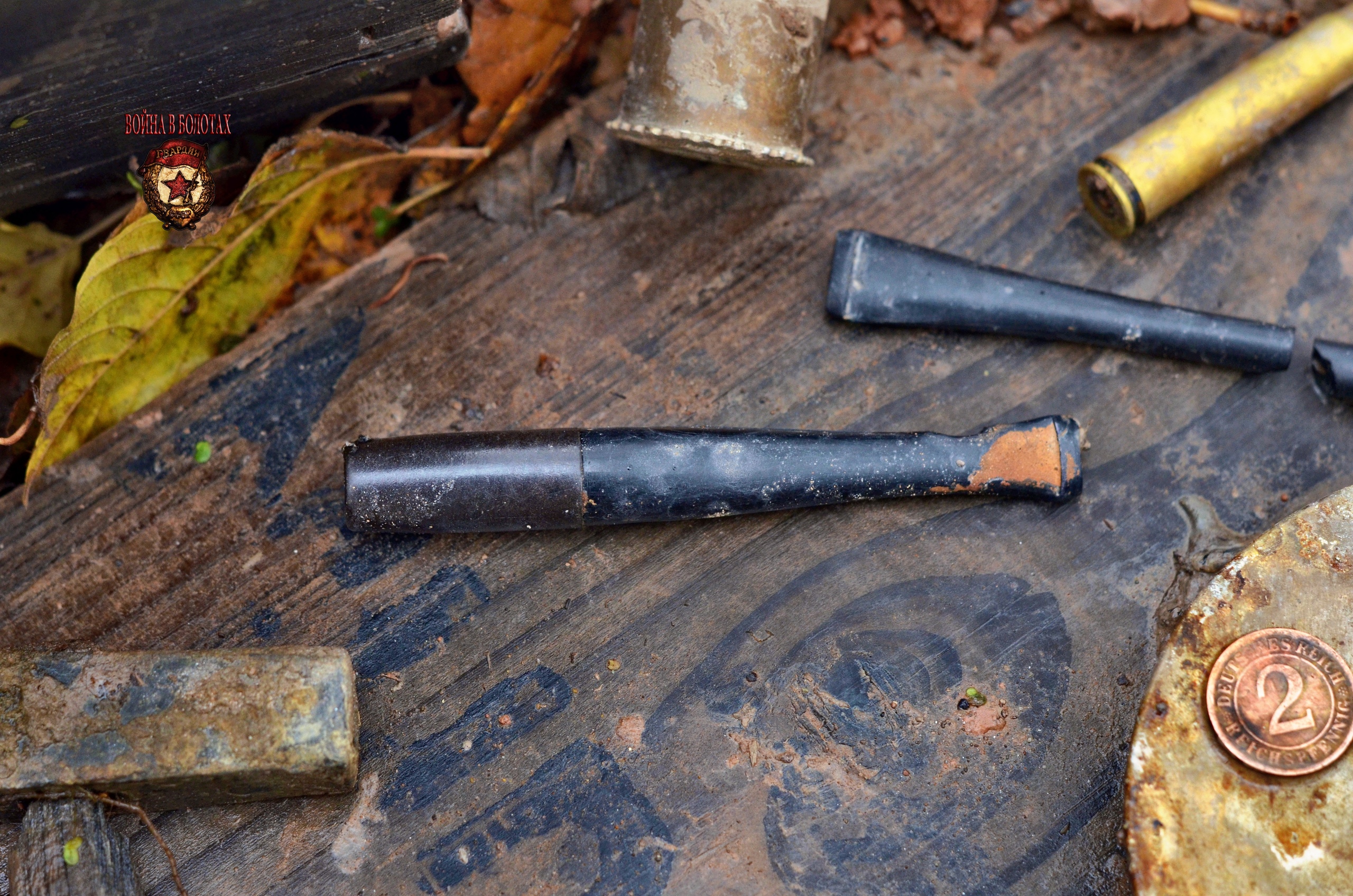 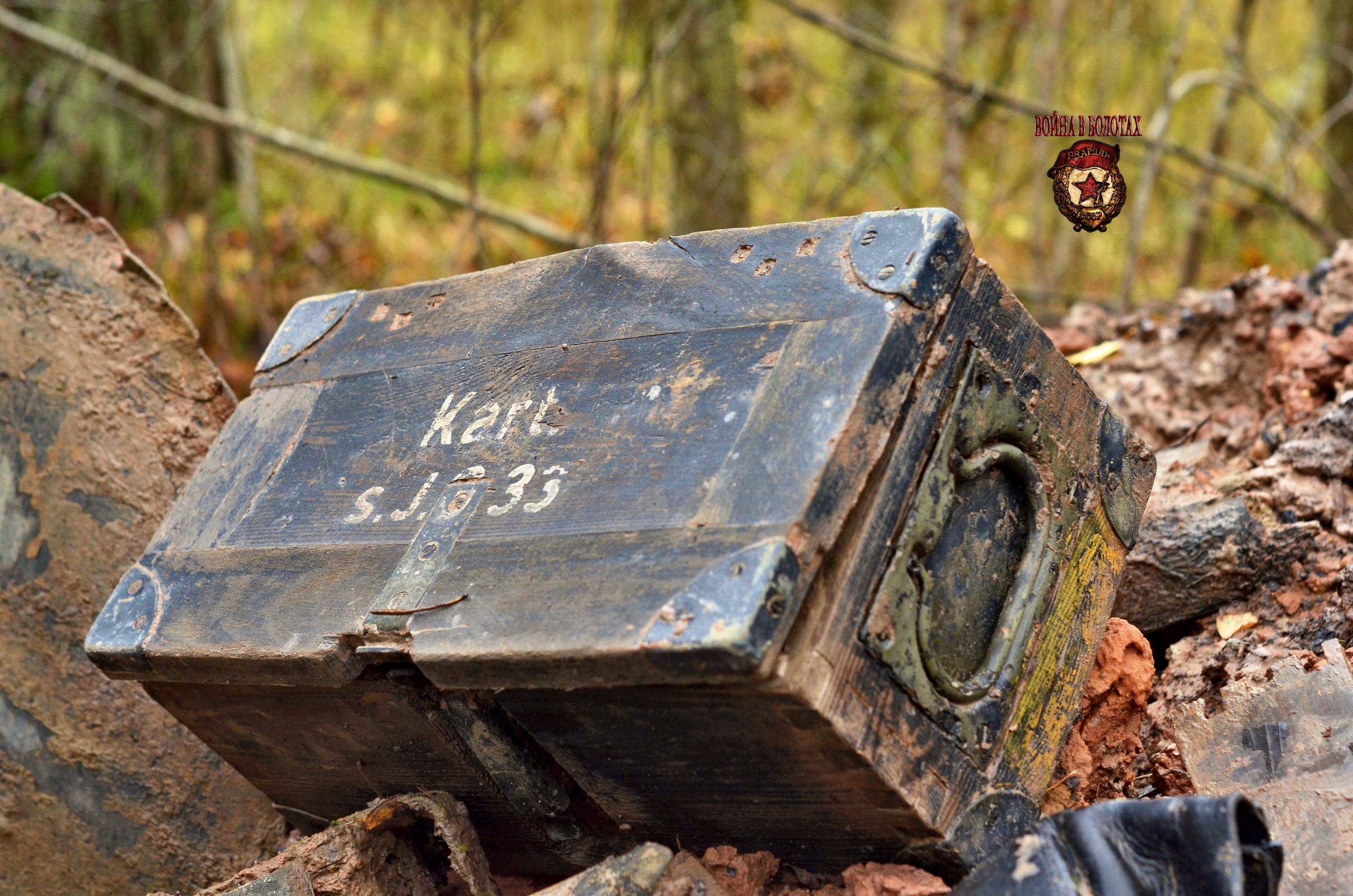 Another wooden artillery box with inscriptions. Photo by @Swamp_war

A few hours later, I began to clear the bottom of the dugout. In the corner of the dugout, I noticed something brass. I removed the clay layer and was pleasantly surprised. I found a great relic. It was War Merit Cross, 2nd Class in excellent condition. 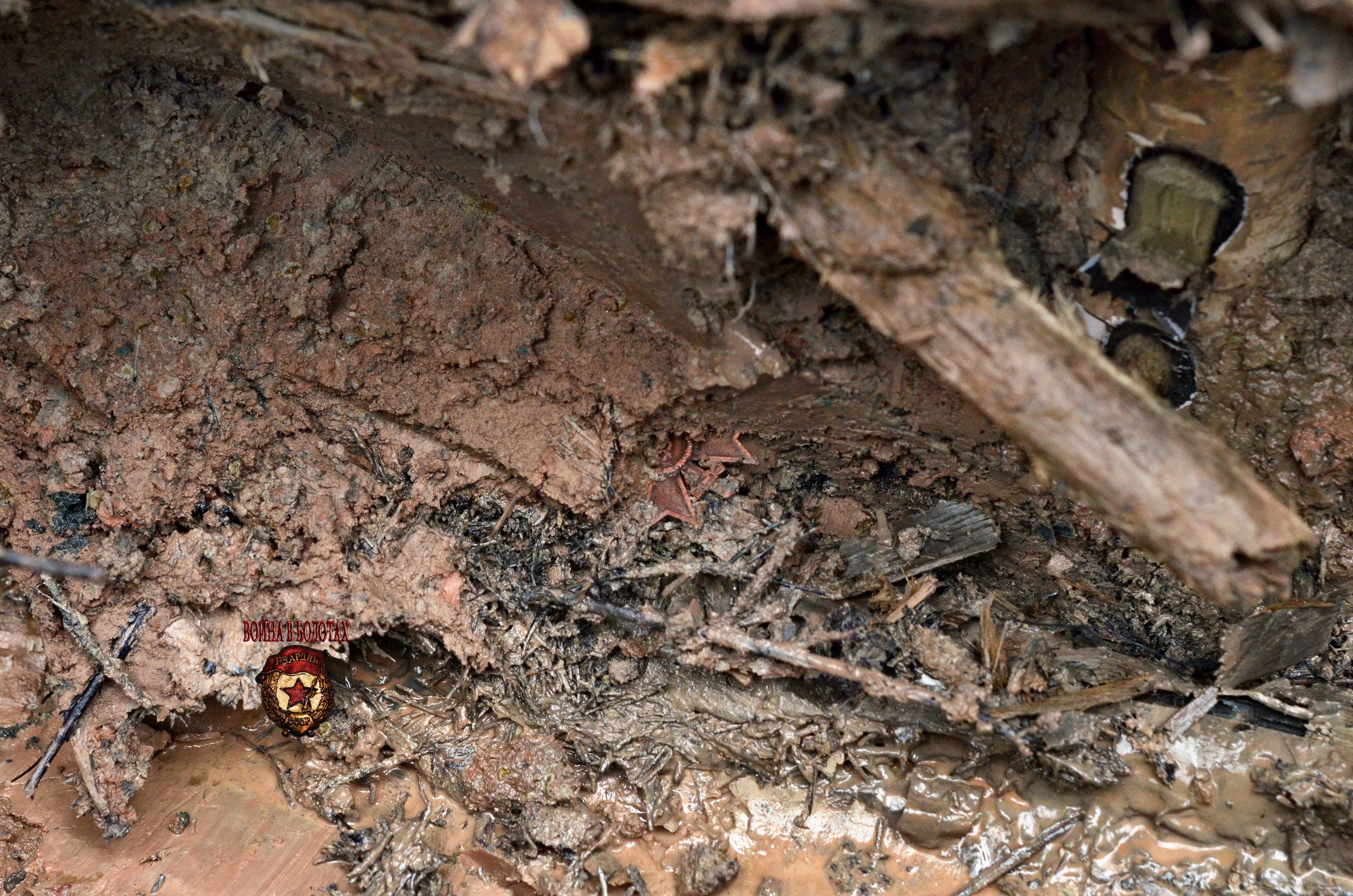 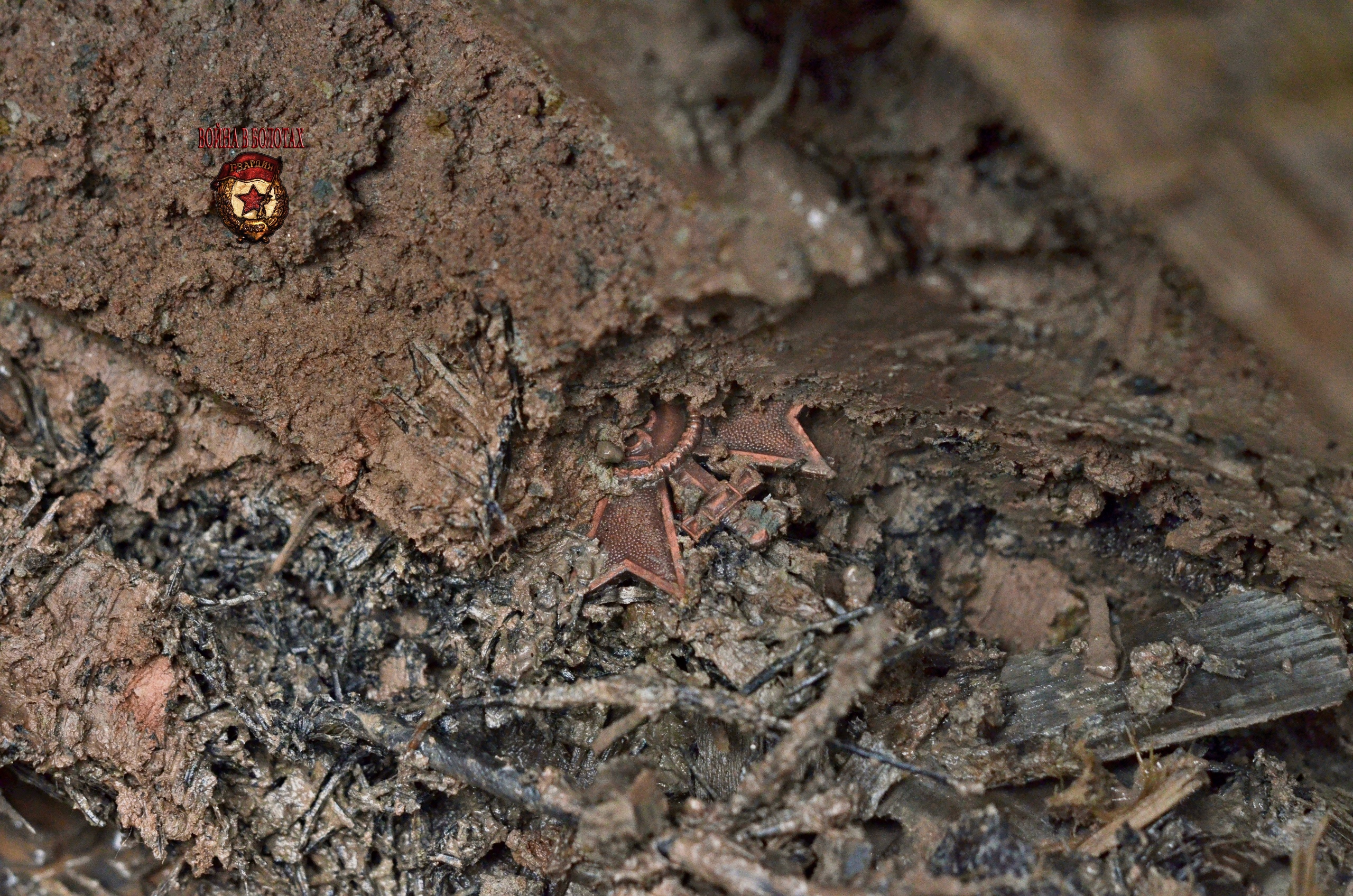 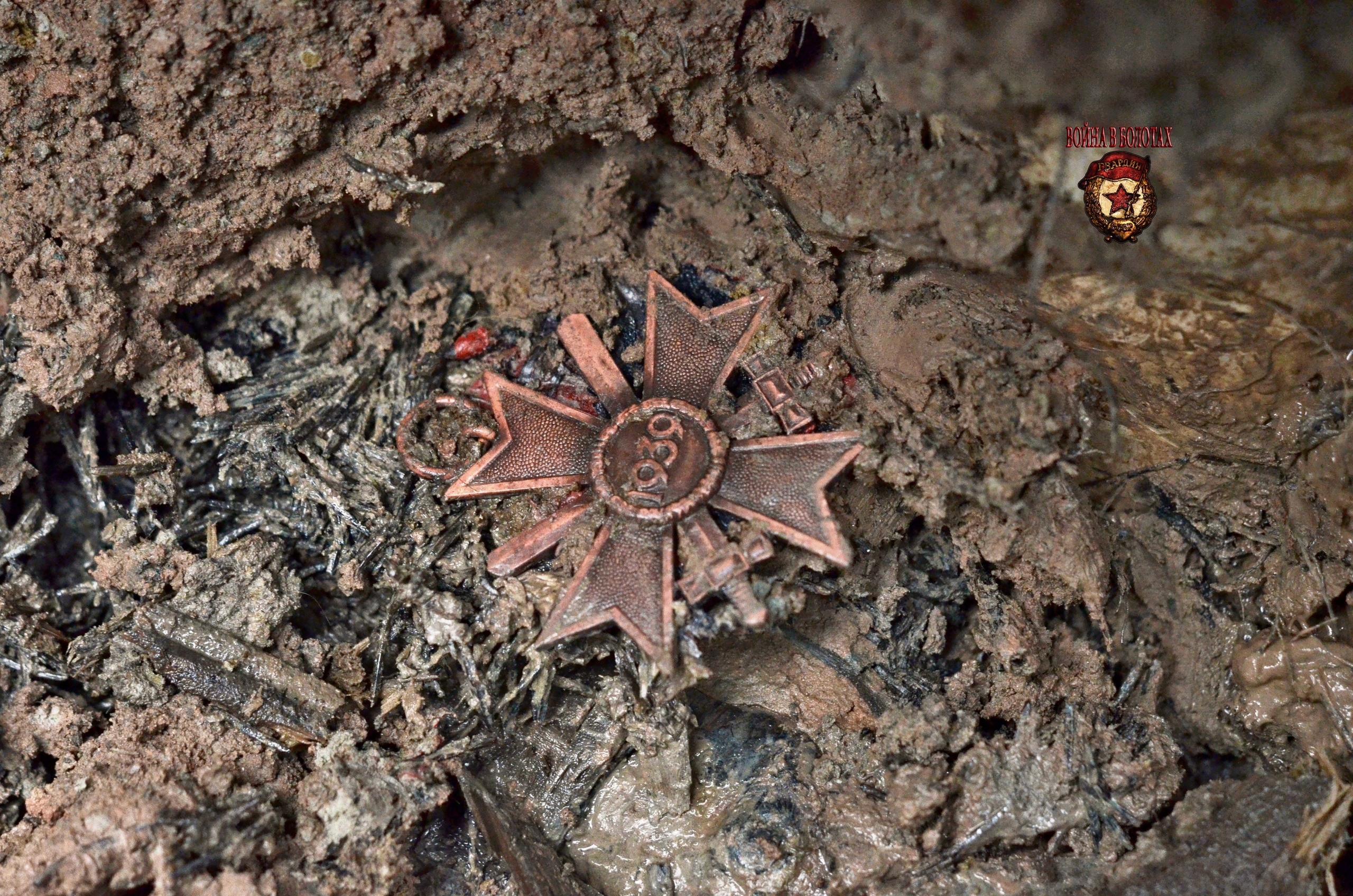 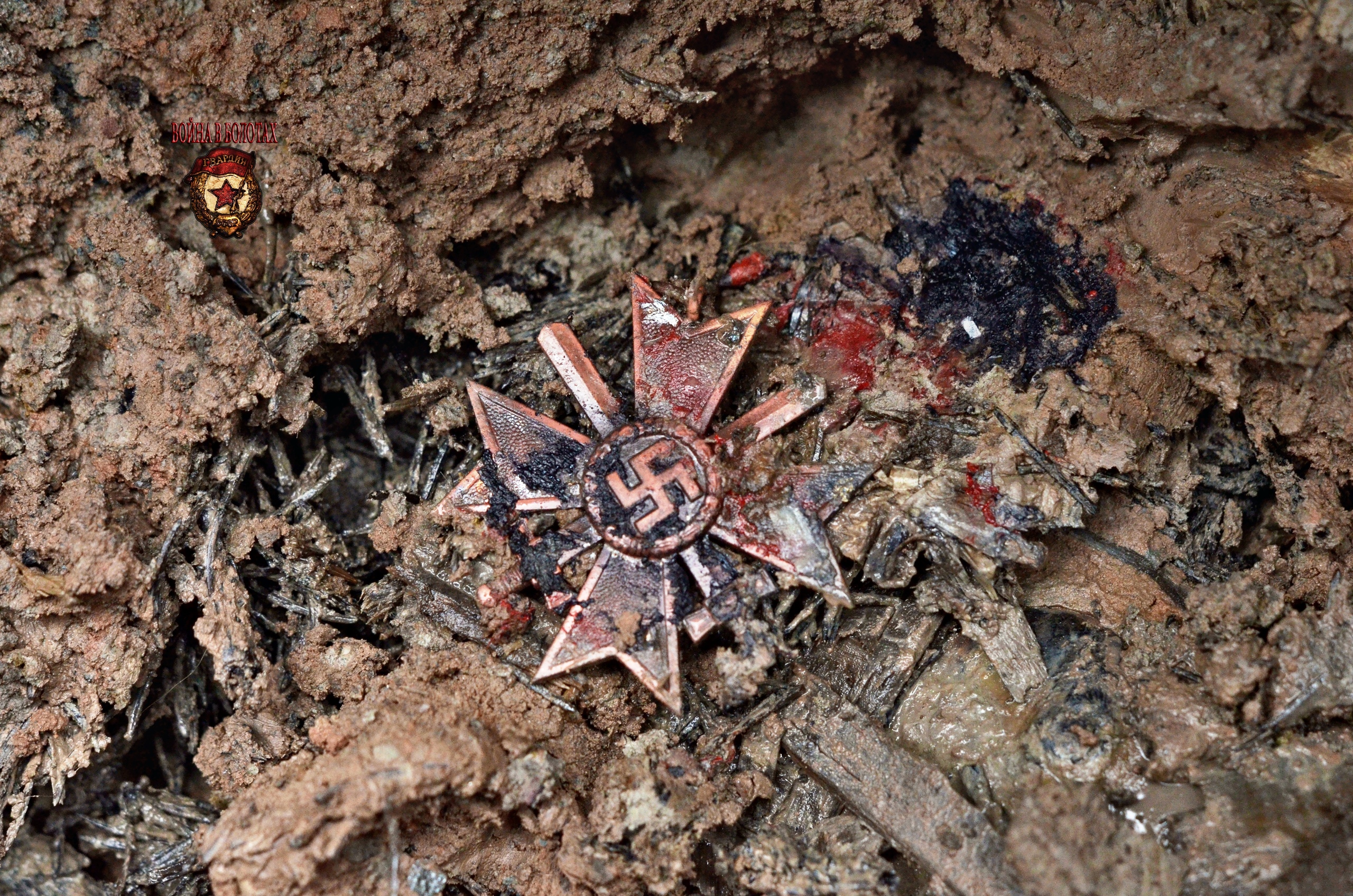 War Merit Cross is an award created by Adolf Hitler in October 1939 as a successor to the non-combatant Iron Cross which was used in earlier wars (similar medal but with a different ribbon). The award was graded in the same manner as the Iron Cross: War Merit Cross Second Class, War Merit Cross First Class, and Knights Cross of the War Merit Cross.

The award had two variants: with swords given to soldiers for exceptional service “not in direct connection with combat”, and without swords given to civilians for meritorious service in “furtherance of the war effort”. Recipients had to have the lower grade of the award before getting the next level. You can find out more information about this award in our article. 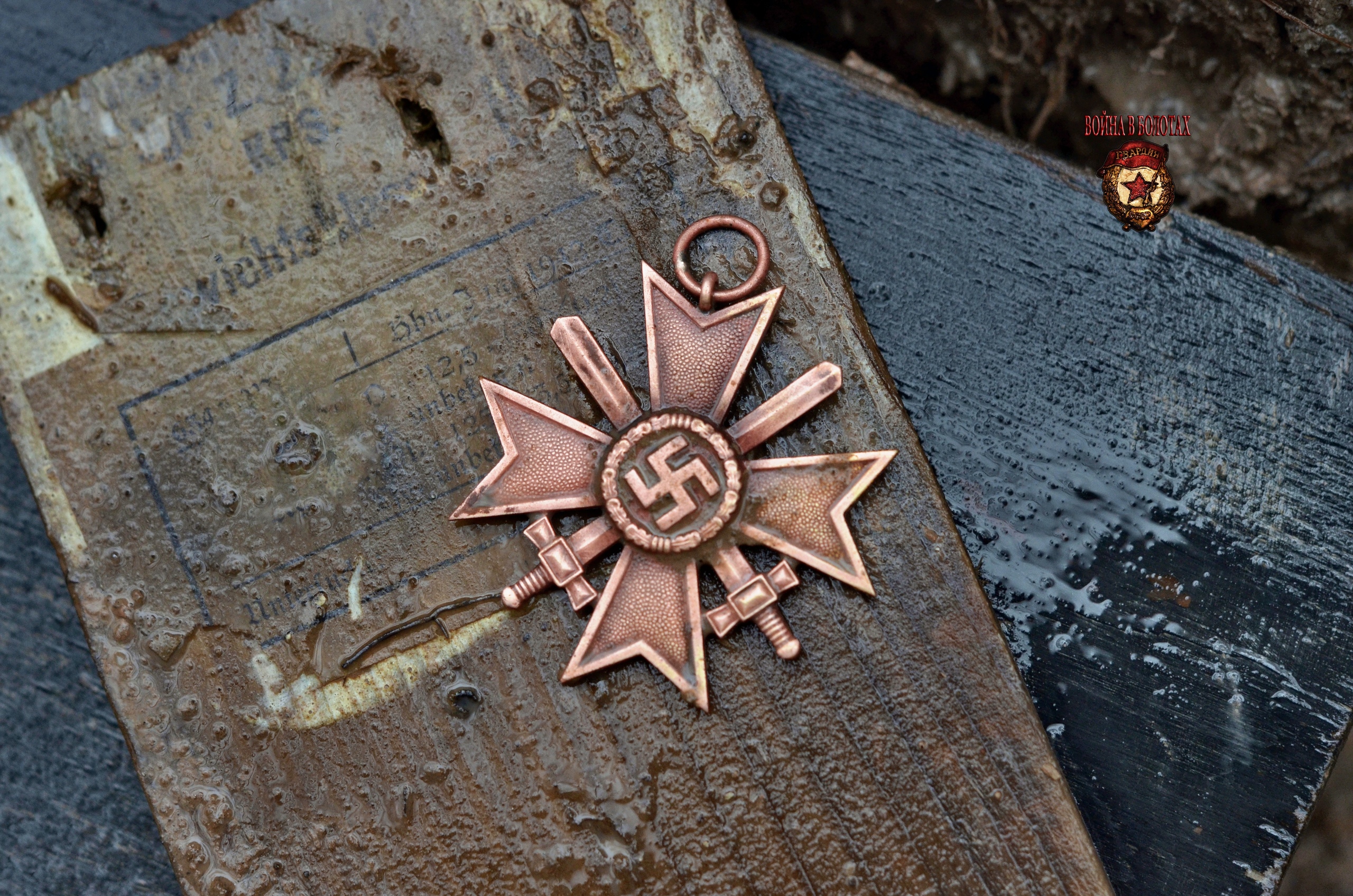 The award had absolutely no damage. After 70 years, it looked like a new one. Photo by @Swamp_war The award had absolutely no damage. After 70 years, it looked like a new one. Photo by @Swamp_war

War Merit Cross was the best find of the day. Now this award is a new addition to the collection of the local museum.
I will attach a video about these excavations to this article. Thanks for attention. 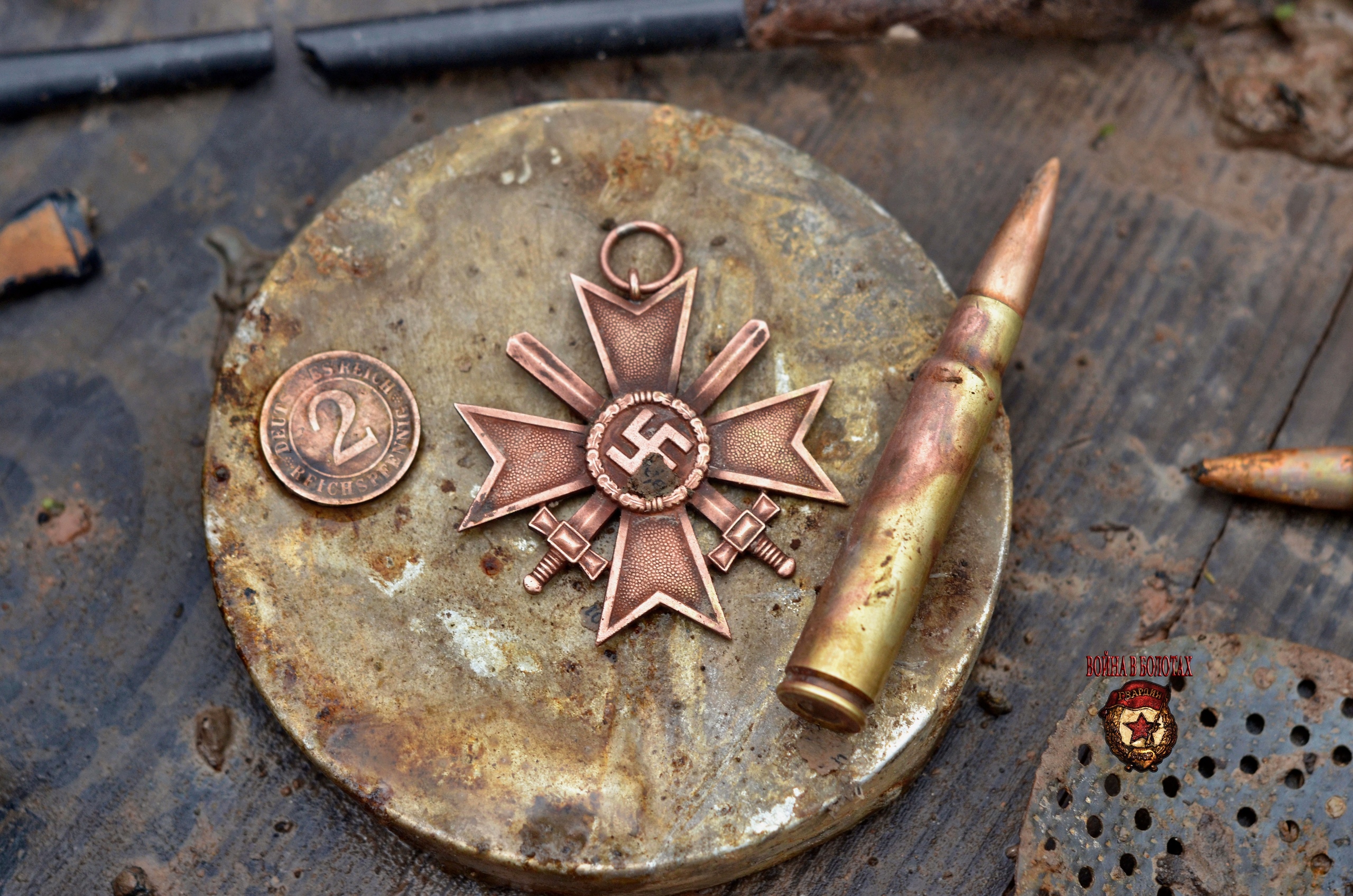 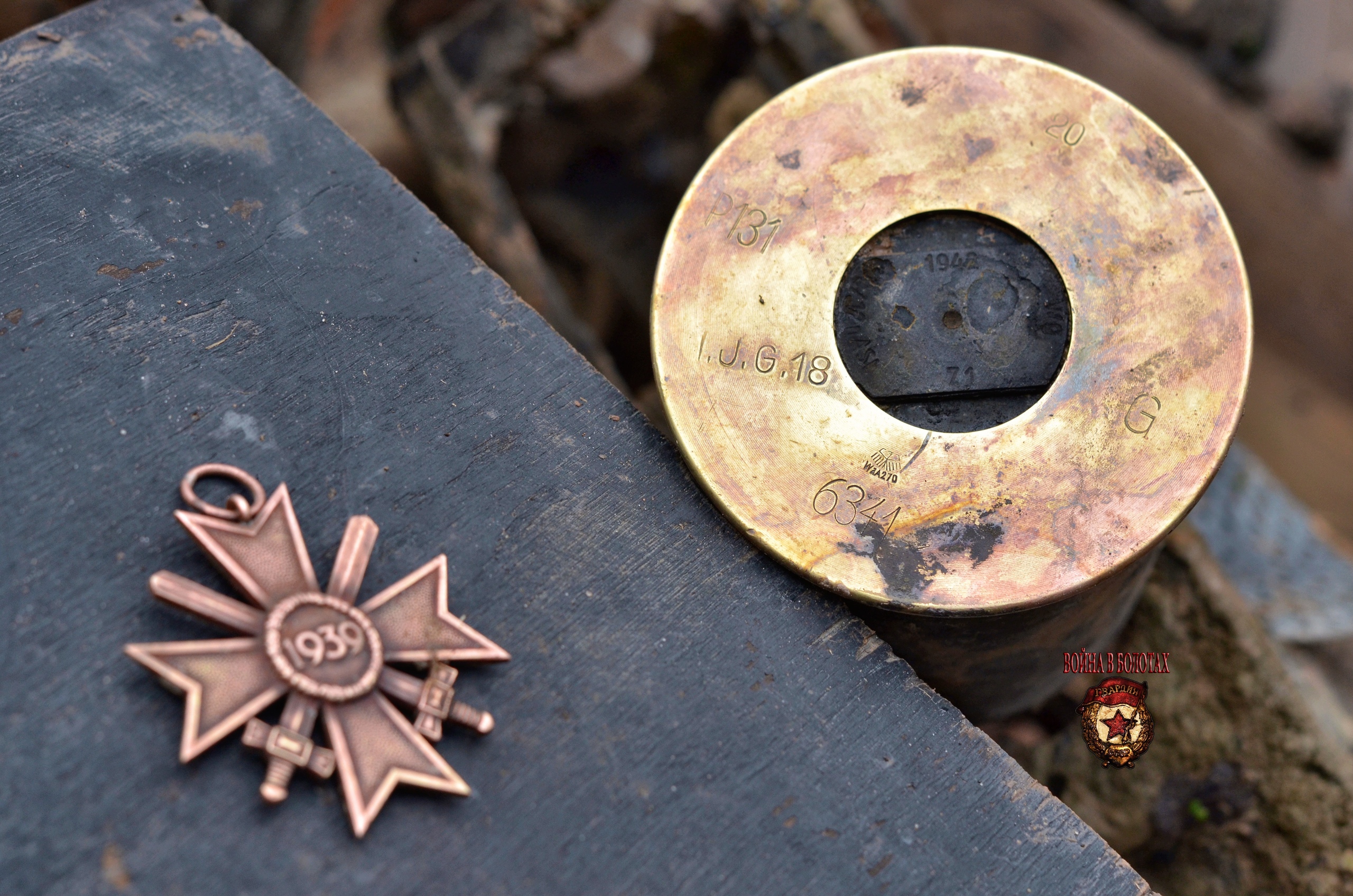 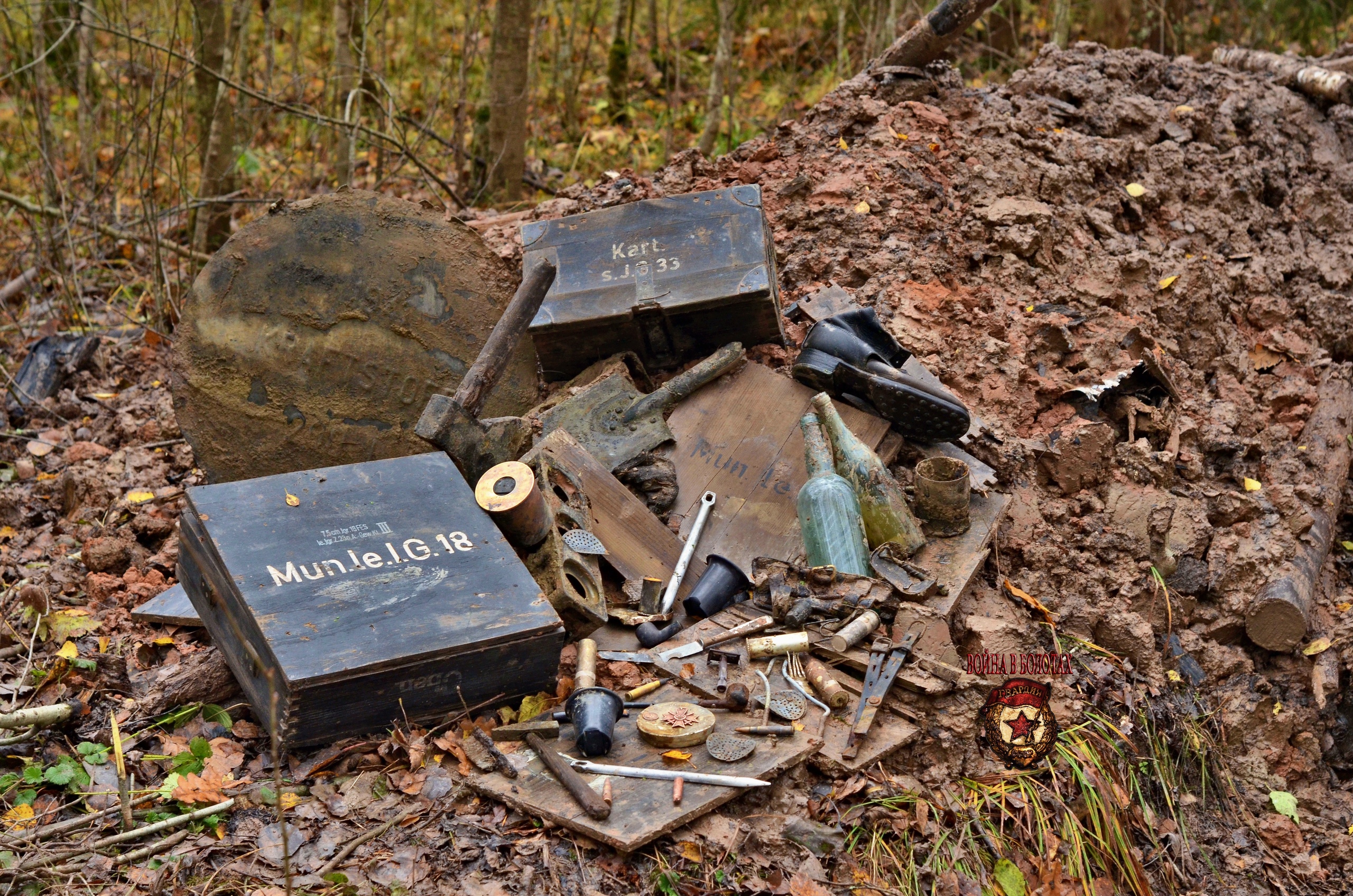 All finds relics from Leningrad front. Photo by @Swamp_war