Racial purity in the Third Reich

The problem of racial purity in the Third Reich was given priority. The Nazi ideological machine sought total control over all spheres of human life of its soldiers. The whole life of the Wehrmacht soldiers was described in instructions that had a clear ideological basis – the Aryan soldier had to be spotlessly clean and go to bed only with Aryan women in order to ultimately create a superman.

In 1926, the fourth paragraph of the statutes of the National Socialist German Workers’ Party (NSNRP) prescribed the expulsion from the party of those members who had committed a sex offense. The main ideologists of Nazism attached “purity of blood” paramount importance. Not only social laws, but also new religious movements began to appear. One of them was described by the German Nazi philosopher Alfred Rosenberg in his notorious book “Myth of the 20th Century”: with the advent of new soldiers, the emergence of a completely new “religion of blood” was possible, which could be created by a new person who could supplant Christianity.

In one of their first decrees, the Nazis urged their supporters not to enter into relations with the women of the Catholic religion, since it could constitute a spiritual rival to the German woman and break her pride. Then prohibitions on entering into relations with women of Jewish nationality followed. The same was true for gypsies and black women. In his book, Adolf Hitler justified and forbade his soldiers from having sexual relations with Jewish women, believing that the Jewish spirit of commercialization and enrichment, an unhealthy spirit, could result in unhealthy children. The pursuit of racial hygiene is the basis of the relationship between Wehrmacht soldiers and women. However, the “top” of the Wehrmacht, imposing his ideology on the soldiers, was himself struck by vices: what costs the story with the suicide of the Fuhrer’s niece, with  whom he was in love  and whom he gave all kinds of signs of attention. 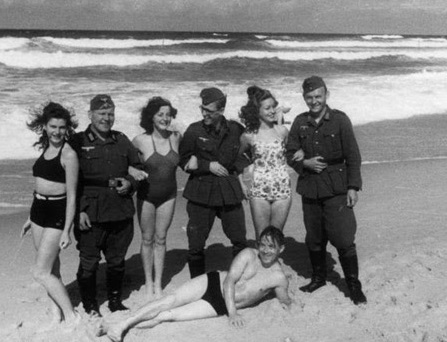 German soldiers are photographed on the beach with foreign girls.

After the outbreak of World War II, the Wehrmacht soldiers were forbidden, in fear of being shot., to have sex with foreign women: they were slaves who were obliged to work for the good of Germany. And for sexual intercourse with a slave, one could pay with life, true Germans should only communicate with true Aryans, whose main purpose is the birth of a large number of children with new, Aryan, pure blood. Therefore, the Wehrmacht soldiers were forbidden to enter into relations with Germans, who have in their clan line dementia, epileptics and other persons with hereditary diseases. In case of marriage the Aryan origin had to be confirmed using a special certificate of purity of race. In 1944, such certificates were canceled, it was enough to verbally confirm your Aryan origin. 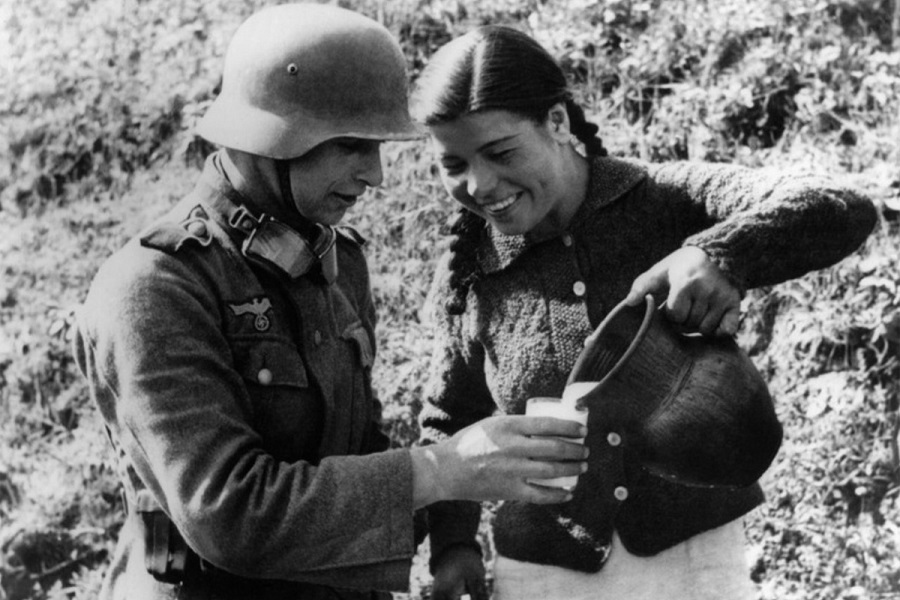 For sexual intercourse with a woman of non-Aryan descent, the Wehrmacht soldier was threatened with court and execution.

Read: After 79 years, a motor ship “Armenia” was found at the bottom of the Black Sea

When Poland and Czechoslovakia were captured in 1939, orders were issued prohibiting engaging in intimate relations with local residents. But these orders did not hold back the especially zealous soldiers : violence against Polish women was then the most common occurrence. But some soldiers of the Wehrmacht still had thoughts about legal marriage. This contradicted the main Nazi idea of ​​”new blood.” Therefore, the Deputy Fuhrer Martin Bormann in 1940 signed a secret order prohibiting marriage with Czech and Polish women. Moreover, this ban applied not only to soldiers, but also to ordinary peasant members of the NSDAP.

Marriages with residents of Norway, Holland, Denmark and Belgium were also barred: unit commanders after the capture of these countries received appropriate orders and brought them to their subordinates. But in January 1942, a slight relief came out: the chief of staff of the Supreme High Command of the German Armed Forces issued a secret directive that soldiers can marry citizens of Sweden, Norway, the Netherlands, Denmark, Finland and Belgium only with the special permission of the Fuhrer himself. 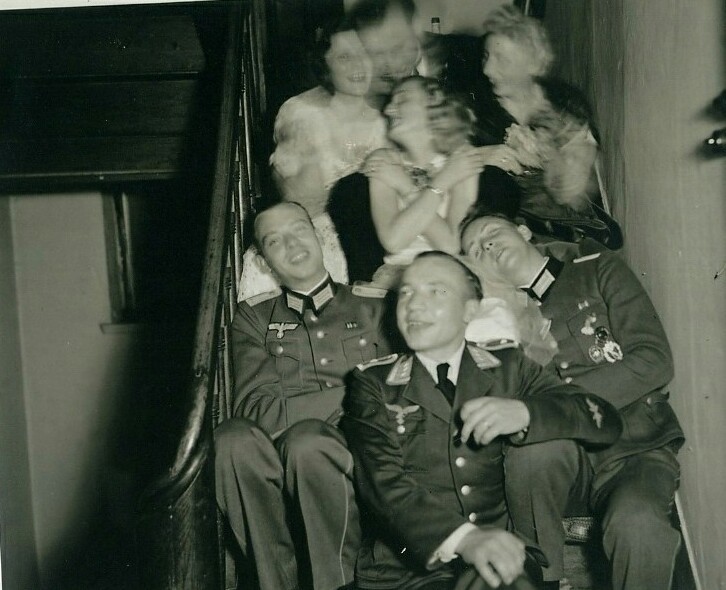 Wehrmacht soldiers are resting with women of the occupied territories.

However, despite all the prohibitions, even the toughest orders were still avoided: the Germans all the same entered into criminal relations with women in the occupied territories. At the end of July 1940, an order was issued according to which the Wehrmacht troops were allowed to organize soldiers’ brothels in the occupied territory. Each woman was assigned to one rank or another: a hierarchy for prostitutes was introduced. The German officer had the right to make love only with elite prostitutes, and the ordinary soldier did not have the right to make contact with the officer prostitute and had  relations with women of lower status. 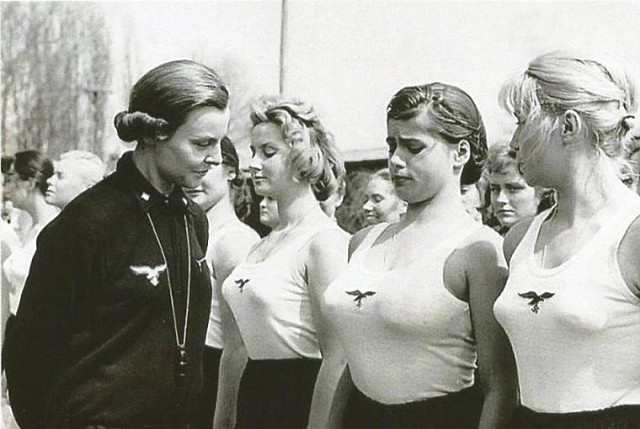 As a rule, local girls worked in stationary brothels: in France – French women, in Poland – Polish women, in the USSR they accepted everyone, but racially related Latvians and Lithuanians were especially valued.