Ukrainian village is a picturesque and beautiful place. Here man lives in harmony with nature, in peace and tranquility. Centuries-old traditions and diligence of the peasant are harmoniously embodied in simple but beautiful huts. 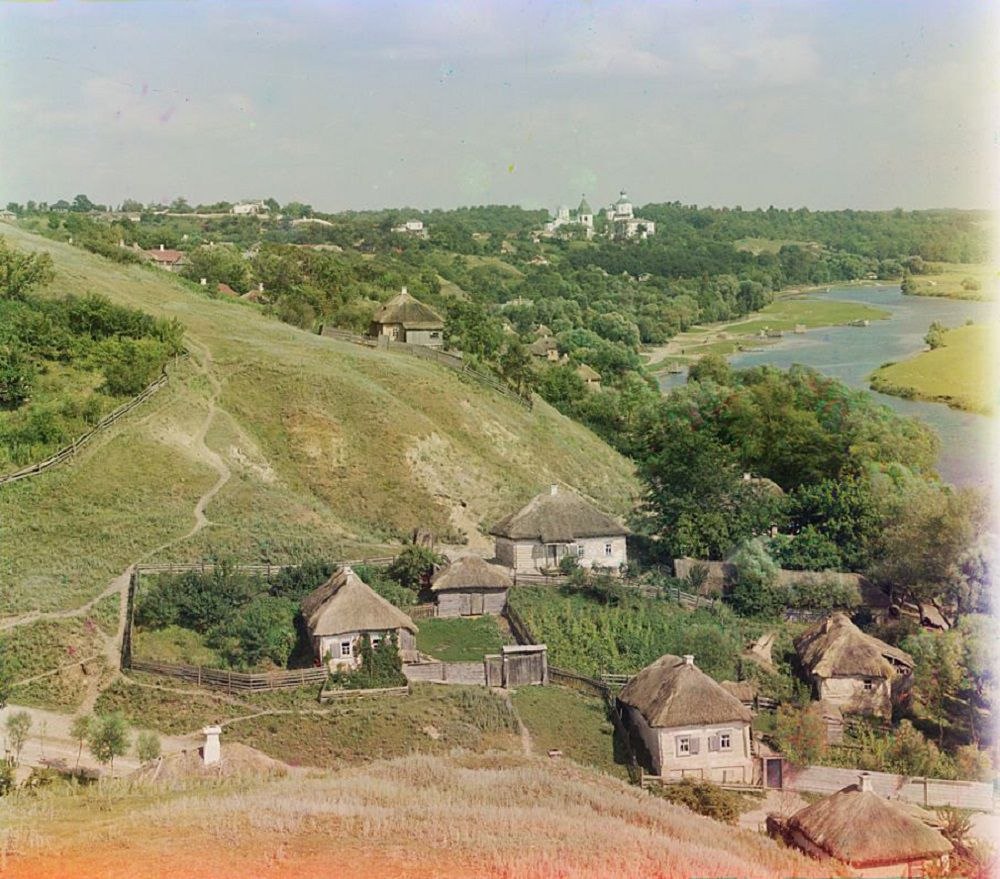 Ukrainian hut is the collective name of various types of huts common in Ukraine. Ukrainian national housing has been created by Ukrainians for centuries through the continuous improvement of techniques and forms that correspond to the conditions of life, everyday life and aesthetic preferences of the people. 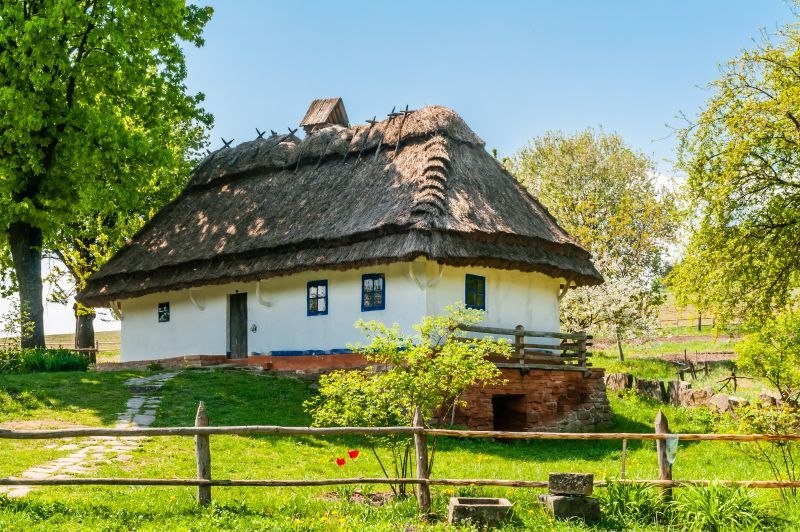 Beautiful house from the village. At the place where I searched with a metal detector was similar.

The architecture of the Ukrainian house reflects all the millennial richness of folk traditions, symbols, customs and rites. The Ukrainian house, as a symbol, is used in the works of many prominent Ukrainian poets and writers. Various cultural figures, literary critics, etc. spoke about the house.

Exactly on the place where once stood a building, I decided to search with a metal detector.

Search for coins with metal detector

Excavations in such places are not easy. A lot of metal debris interferes. However, after 30 minutes of searching, my metal detector gave a signal that interested me. 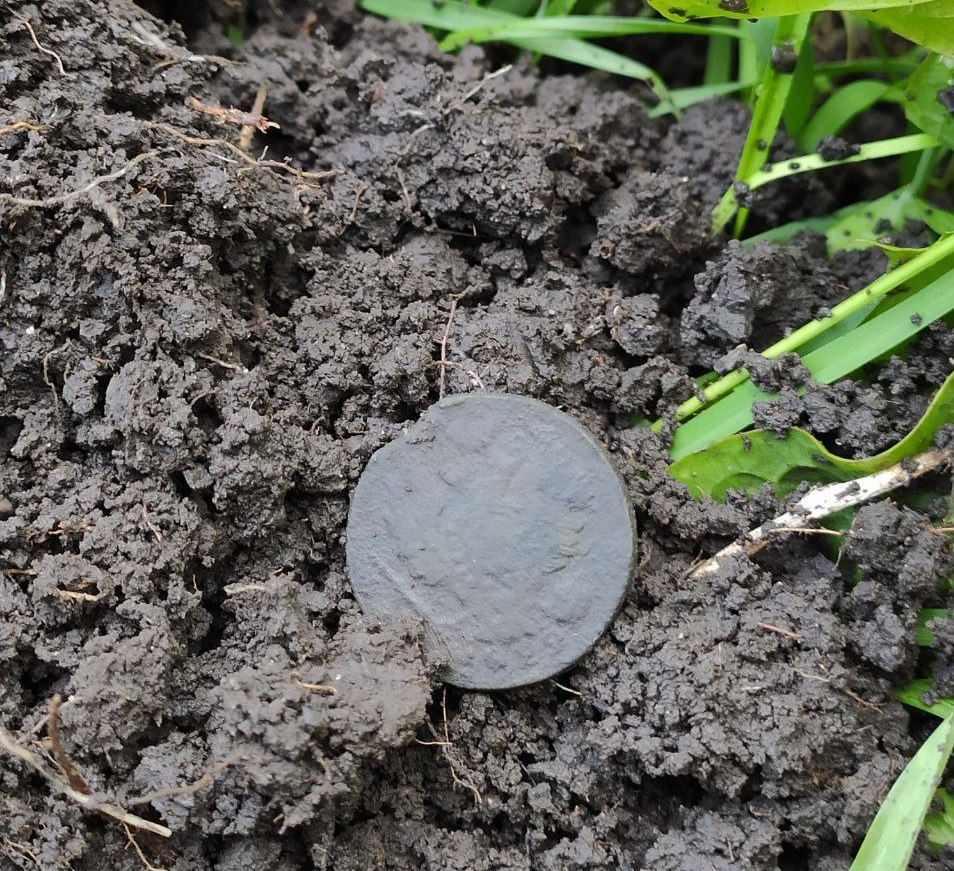 The coin turned out to be 1 kopeck in 1822. This coin was issued during the reign of Emperor Alexander I. After cleaning, the condition of the coin was excellent! 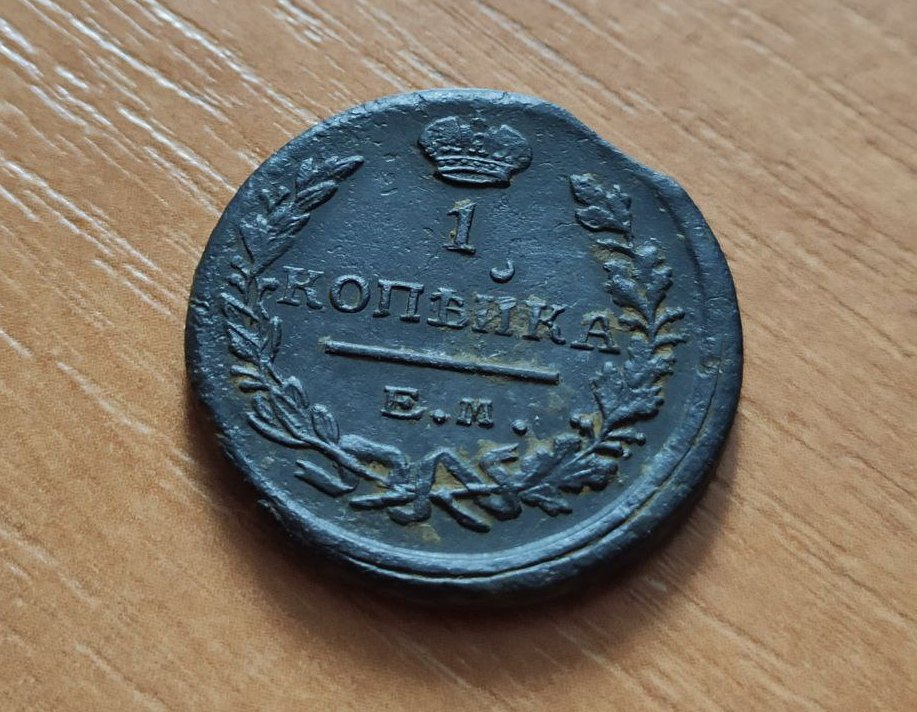 Front side after cleaning. 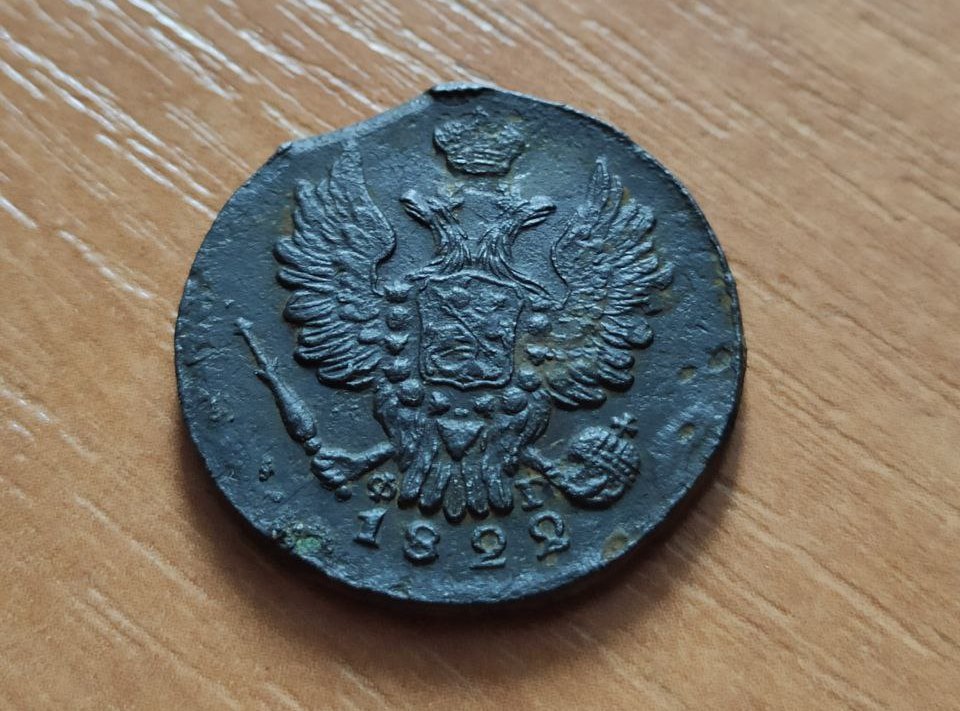 Reverse side after cleaning.

The pleasant discoveries did not end there. The next coin was larger and older. 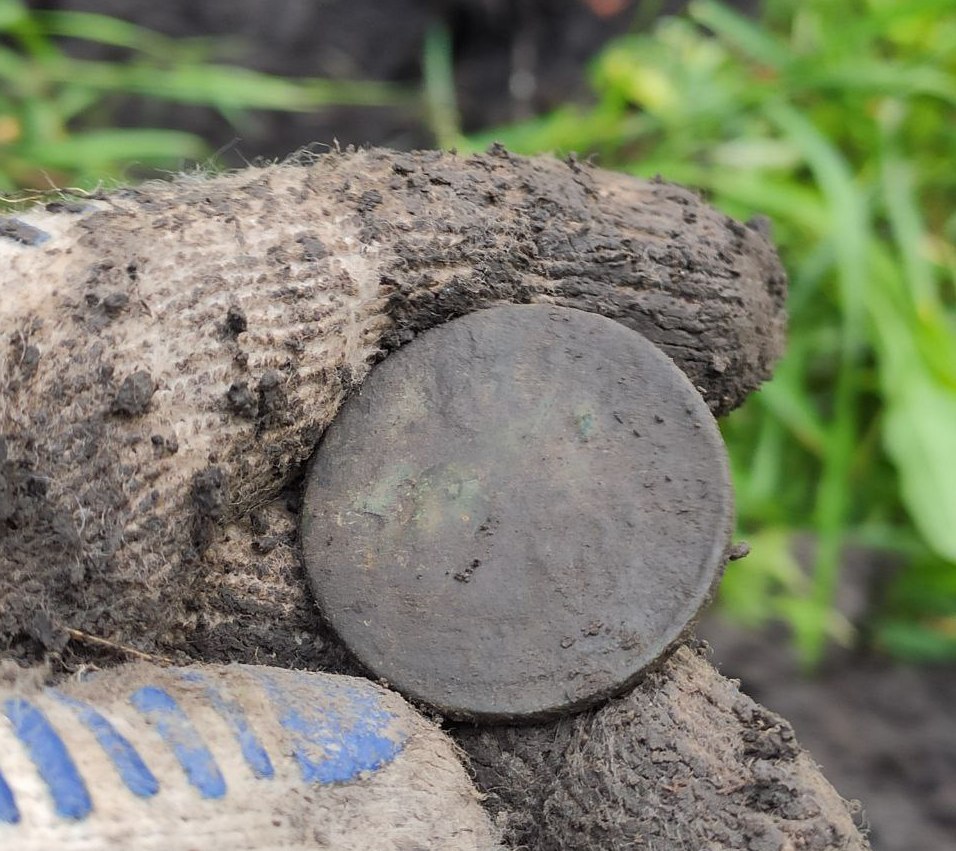 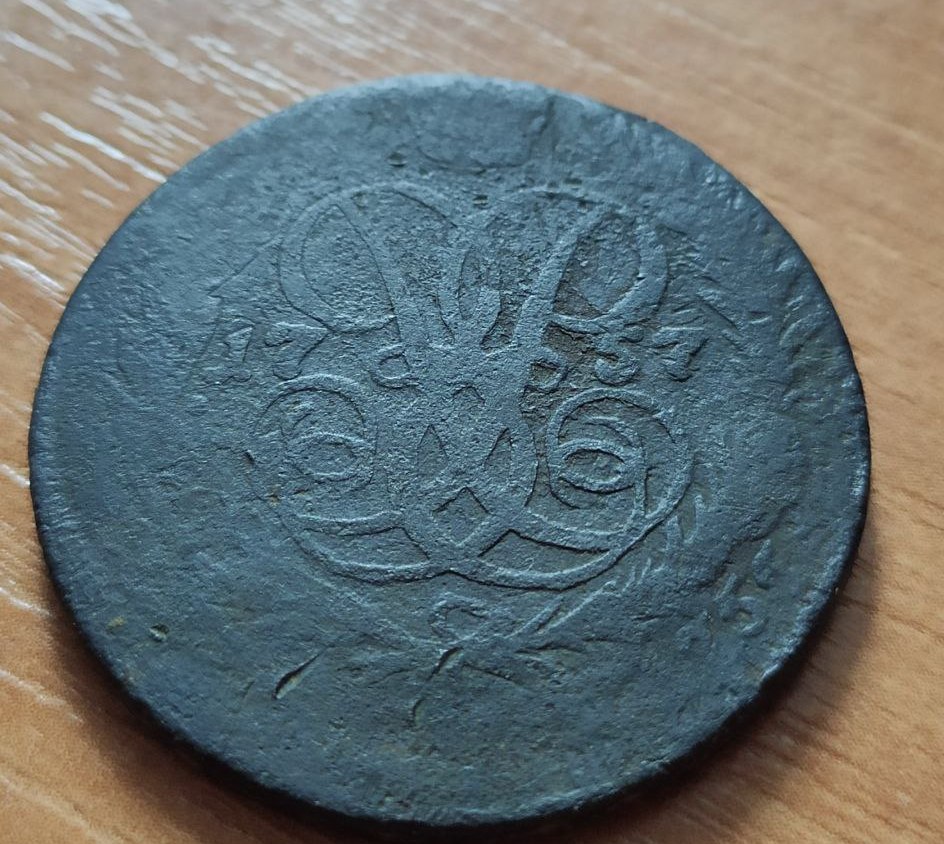 A beautiful monogram appeared after cleaning. 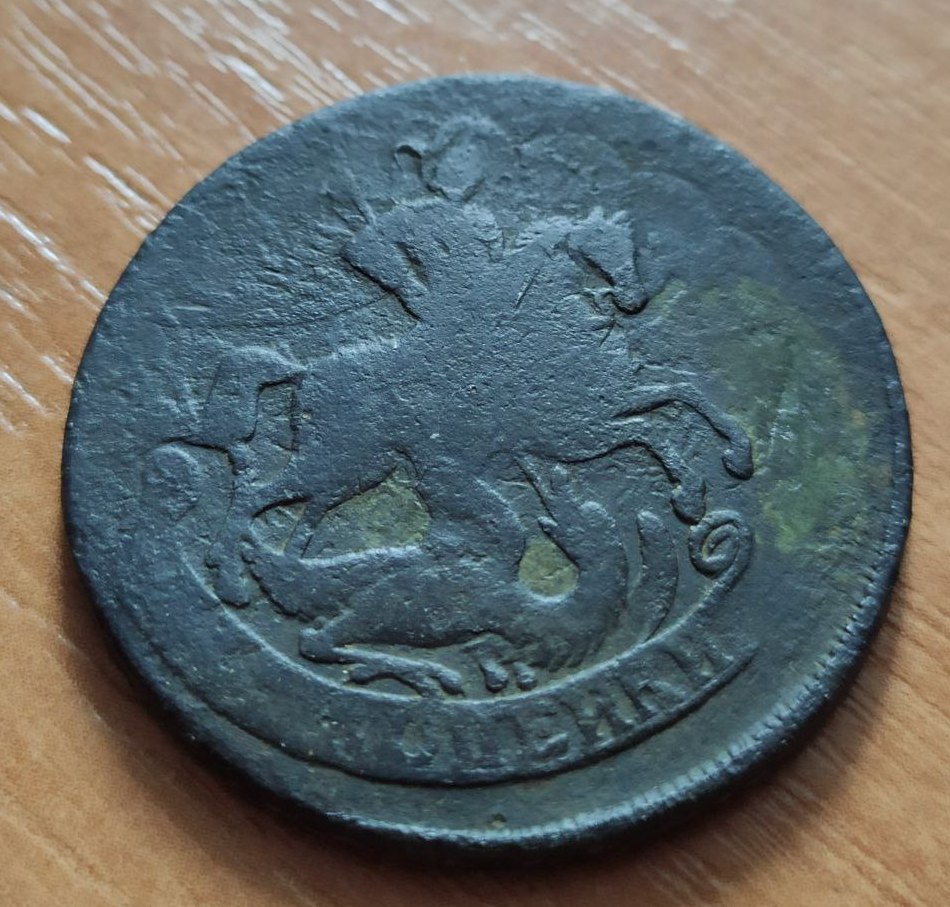 Reverse side was decorated with an image of Saint George.

Read: How I spend my time in quarantine

That day I was pleasantly surprised. There was not much garbage, and interesting coins filled my pockets.

The last coin of that day was 2 kopecks in 1815. Like the first coin, it dates back to the reign of Alexander I. 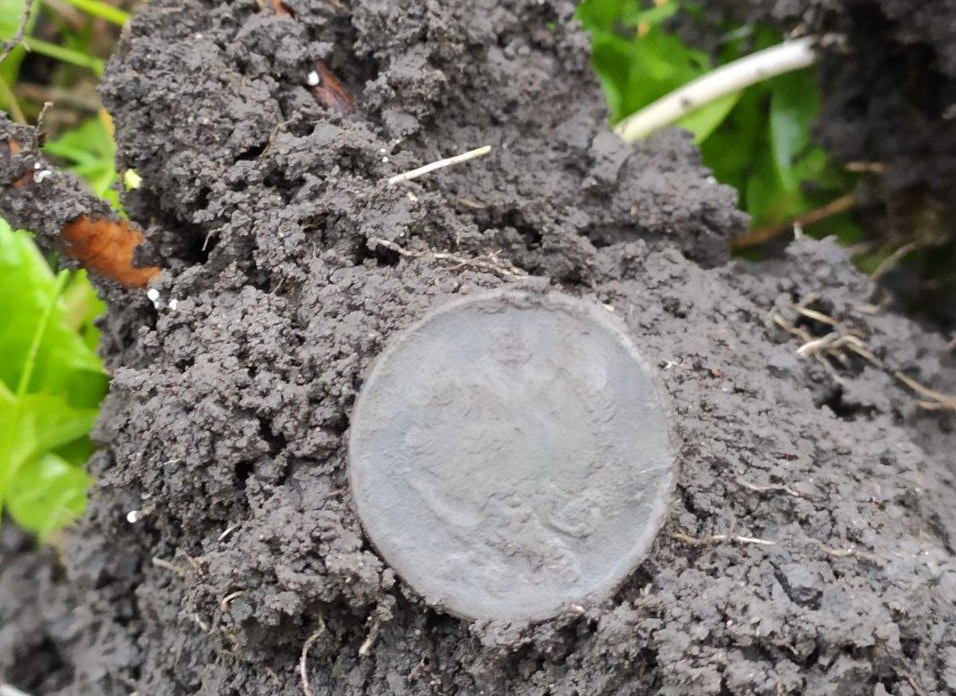 After cleaning, I was extremely pleased with the result! 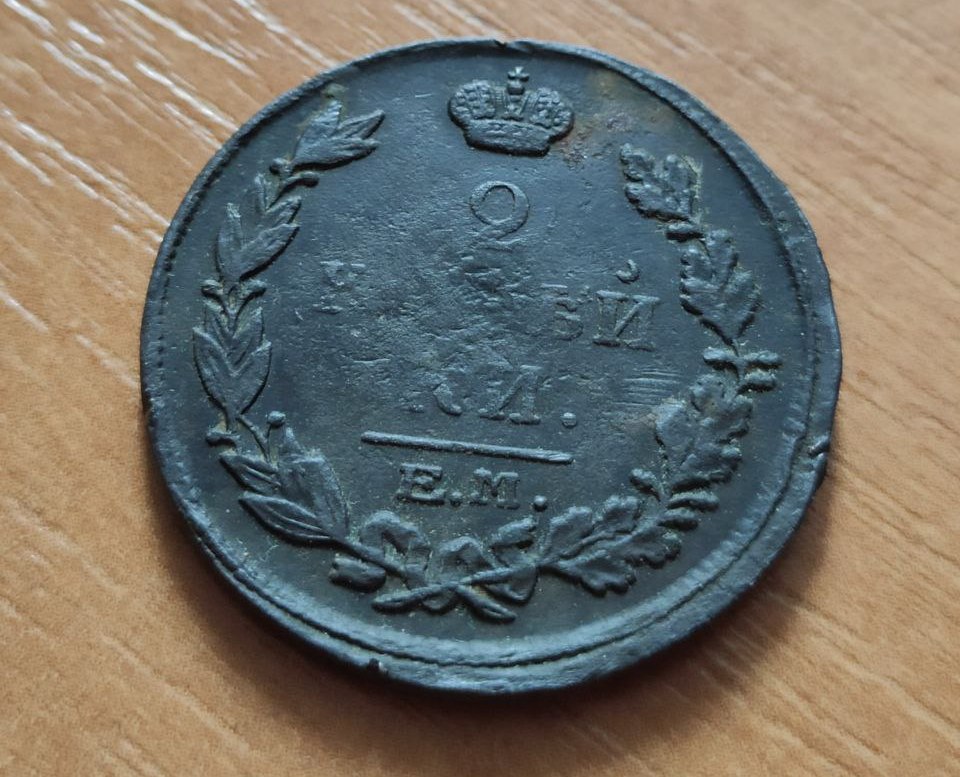 Peeled front of the coin. 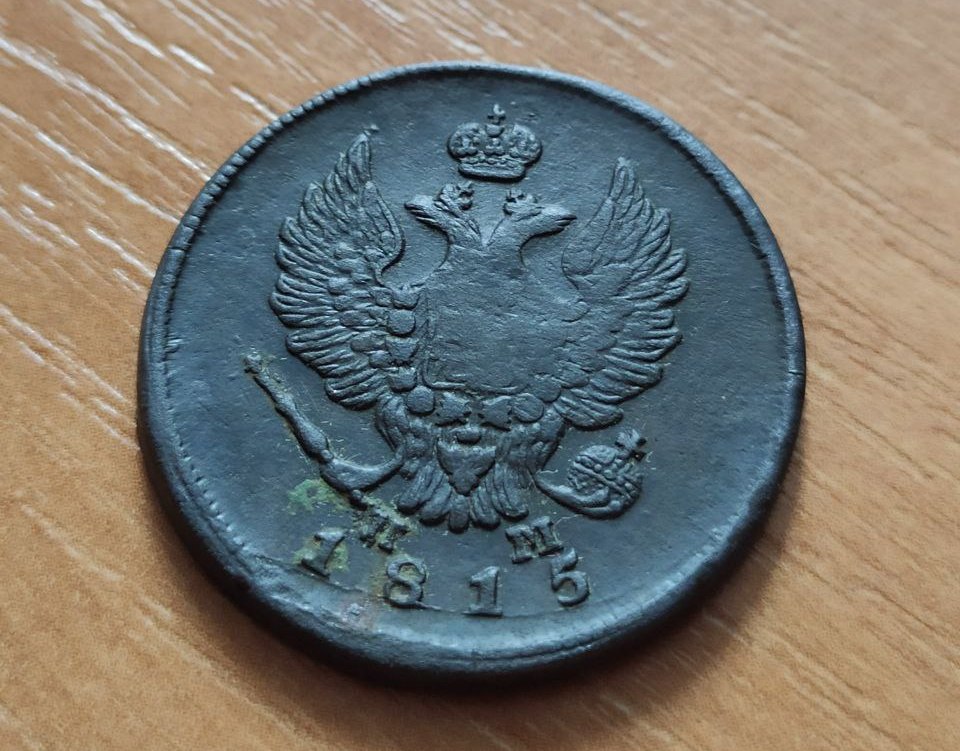 The button turned out to be no less interesting. 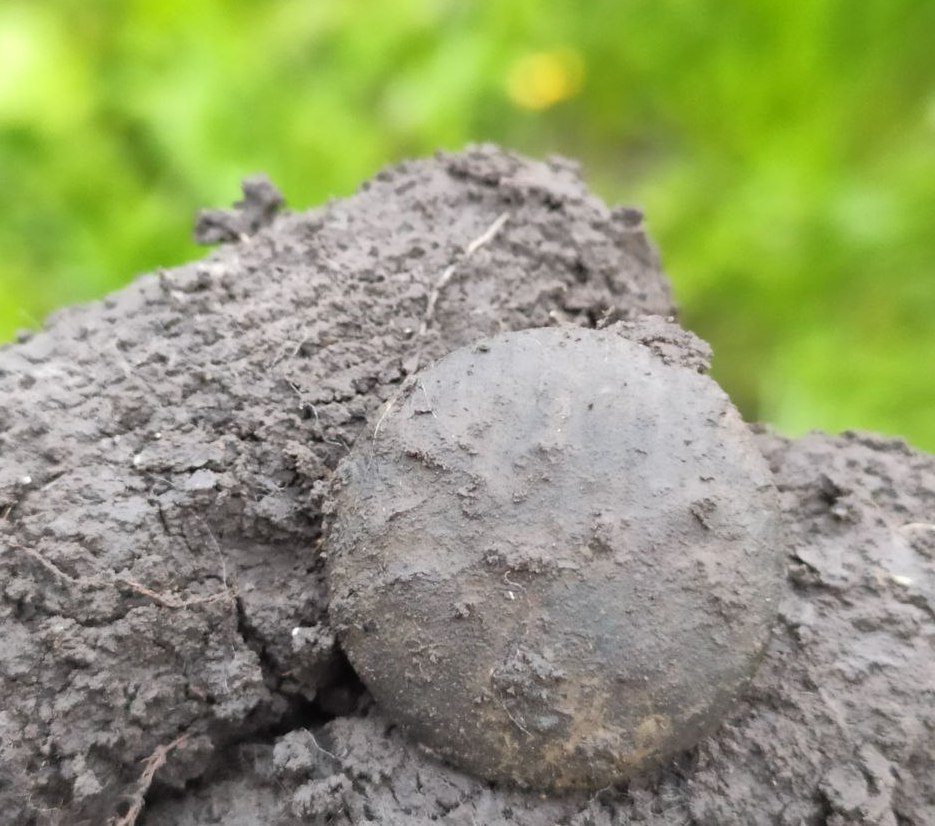 There was a picture on the button.

After cleaning, it turned out that it was a button from the uniform of an artilleryman of the 17th Regiment of the Imperial Army. 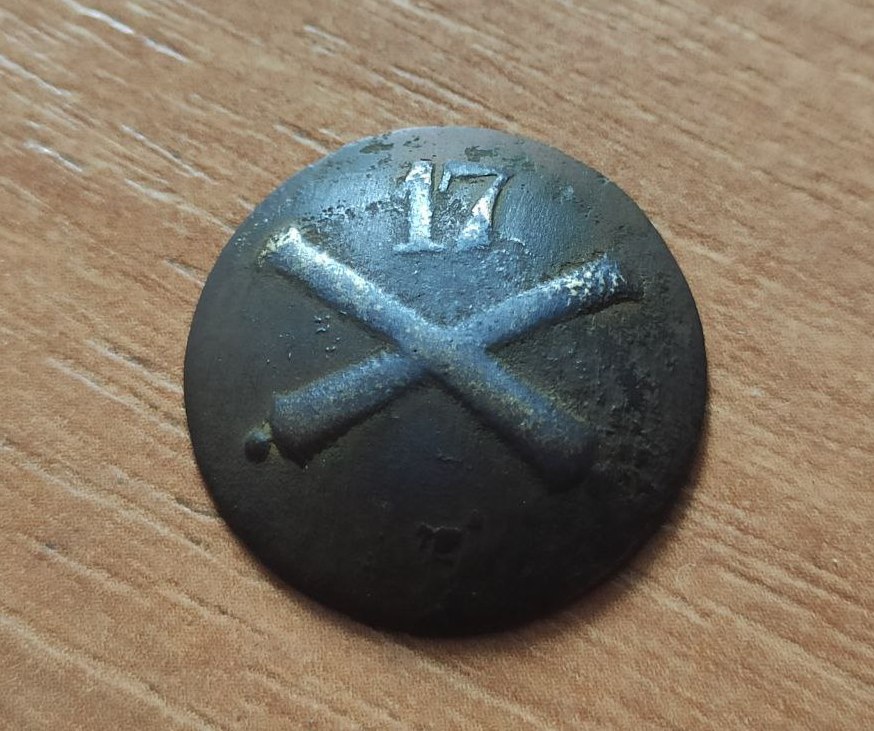 One of the last signals from the metal detector helped me to find such badge. 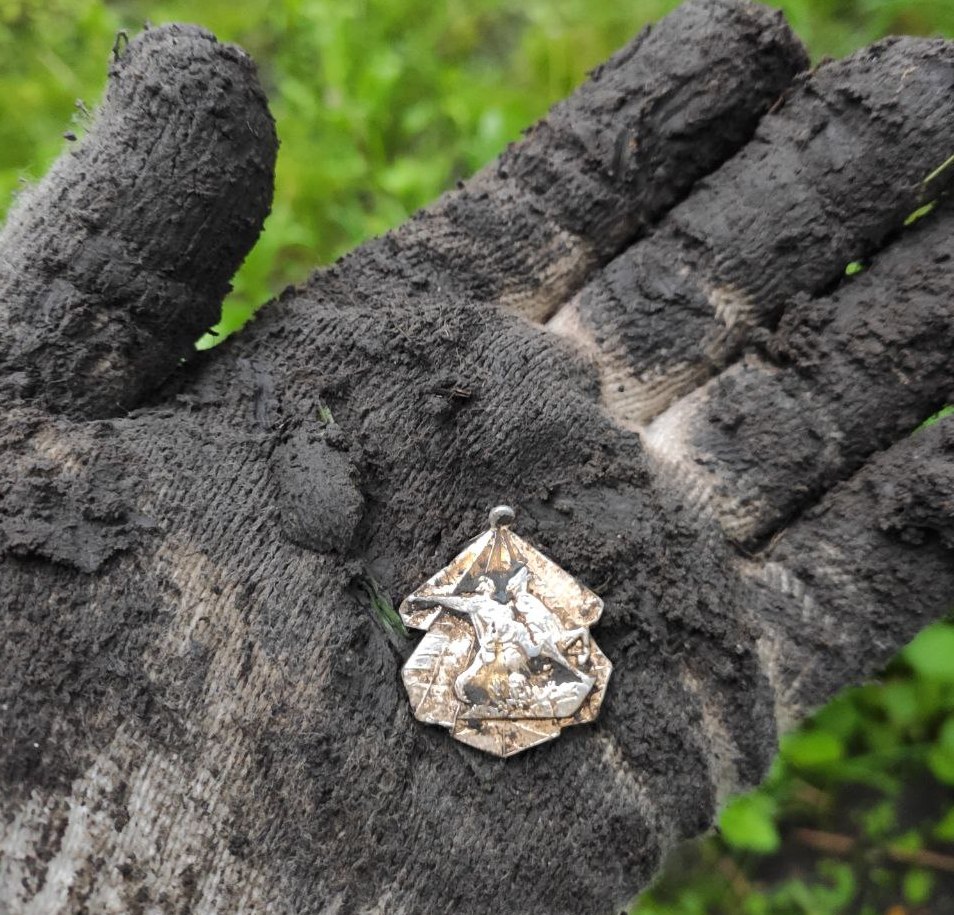 Badge with the image of Bohdan Khmelnytsky. 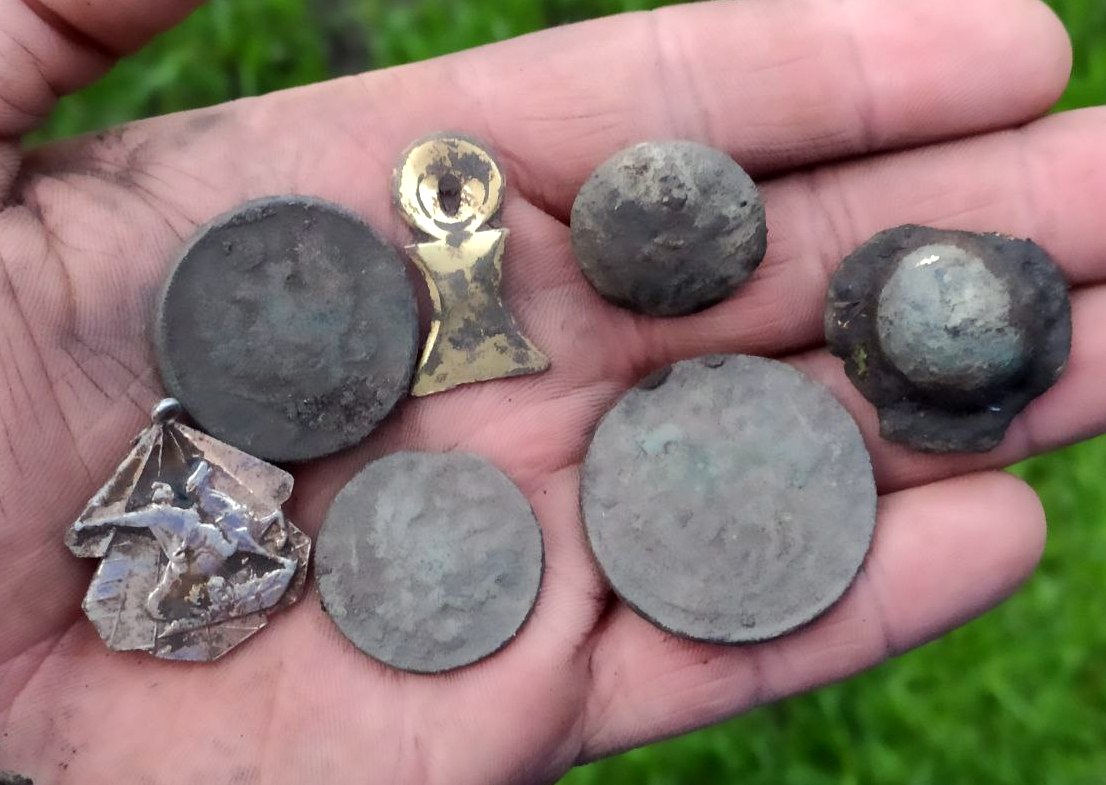 Finds of the day.

The sun was setting and the rain did not stop. However, my mood was good! I found a lot of interesting things. Searching with a metal detector is one of the most interesting hobbies!