Every boy in childhood loved to play with toy pistols. But sometimes it happens that the boy grew up, became a man, but the love for toys remained. Only toys are no longer for children.

So it happened with my friend. Since childhood, he loved weapons, but he especially dreamed of having his legendary pistol from the Second World War – parabelum p-08!

Parabellum P-08 is the most recognizable World War II gun 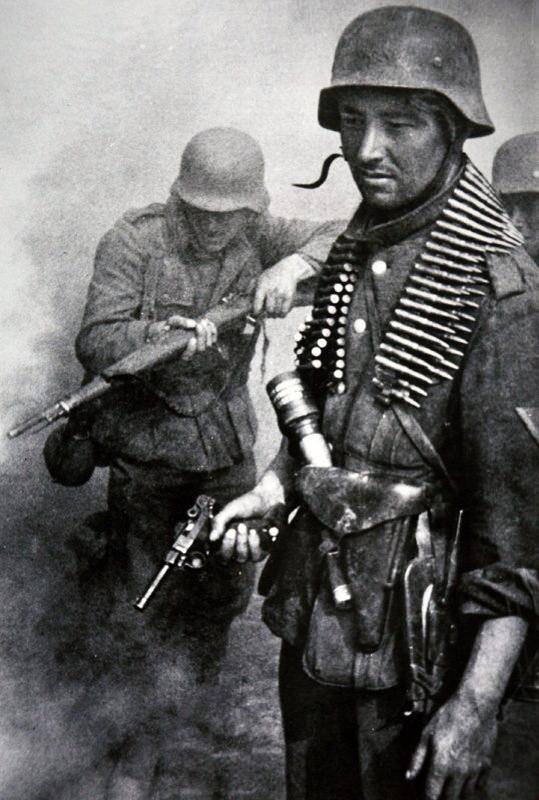 German soldiers on the eastern front. The soldier in the foreground is armed with a parabelum pistol. ww2

Without a doubt, this pistol became a part of the image of the German soldier of Second World War. This weapon is distinguished by its interesting design and appearance.

Accurate, reliable and comfortable, it was appreciated not only in the German army, but also as a trophy for the enemy. The Luger pistol (Luger, Parabellum; German P08, Parabellum, Borchardt-Luger) is a 9 mm pistol developed in 1900 by the Austrian Georg Luger based on the design of the Hugo Borchardt pistol.

The main advantage of the “Parabellum” is its high shooting accuracy, achieved due to a comfortable “anatomical” handle with a large angle of inclination and an easy (almost sporty) descent. 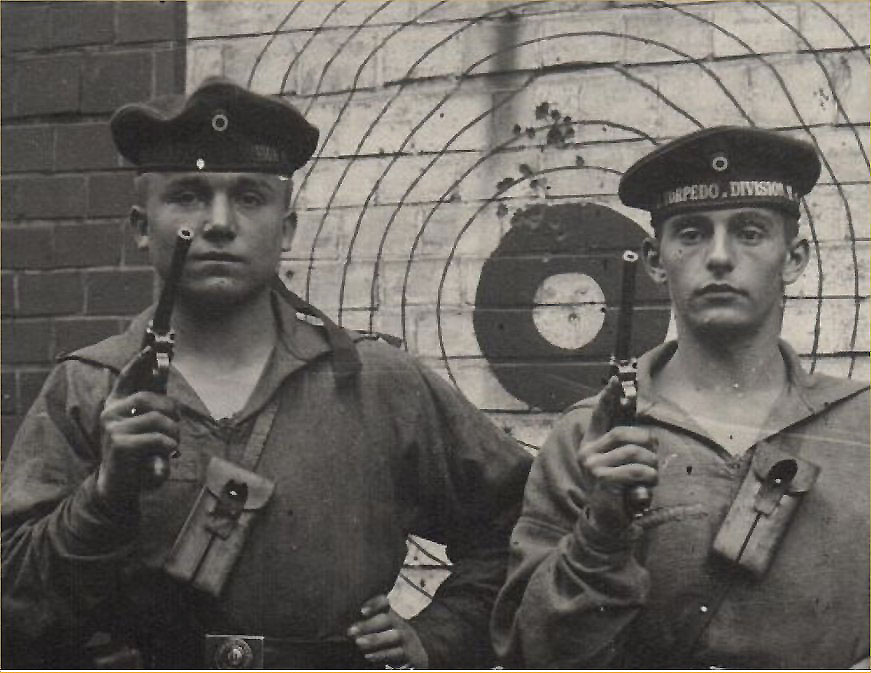 Long search for a childhood dream

According to my friend.

I have long wanted to buy myself a Luger of the First World War. I searched the sites of weapons stores for suitable candidates for purchase. My requirements were simple: not a big price and good condition of the pistol.

In one gun shop I found a P-08 released in 1914, it lacked the original magazine, but the price was right. I came to the store to look at the weapon, and it met my expectations. The mechanism was in good working order, all the spare parts were on the numbers, some rubbing on the surfaces was explained by its history.

The seller said that this pistol participated in the battles of the First World War and apparently went through the entire war with its owner. After the death of the first owner, he went to his son, and later to his grandson. Who apparently did not have any interest in history and decided to sell this pistol. 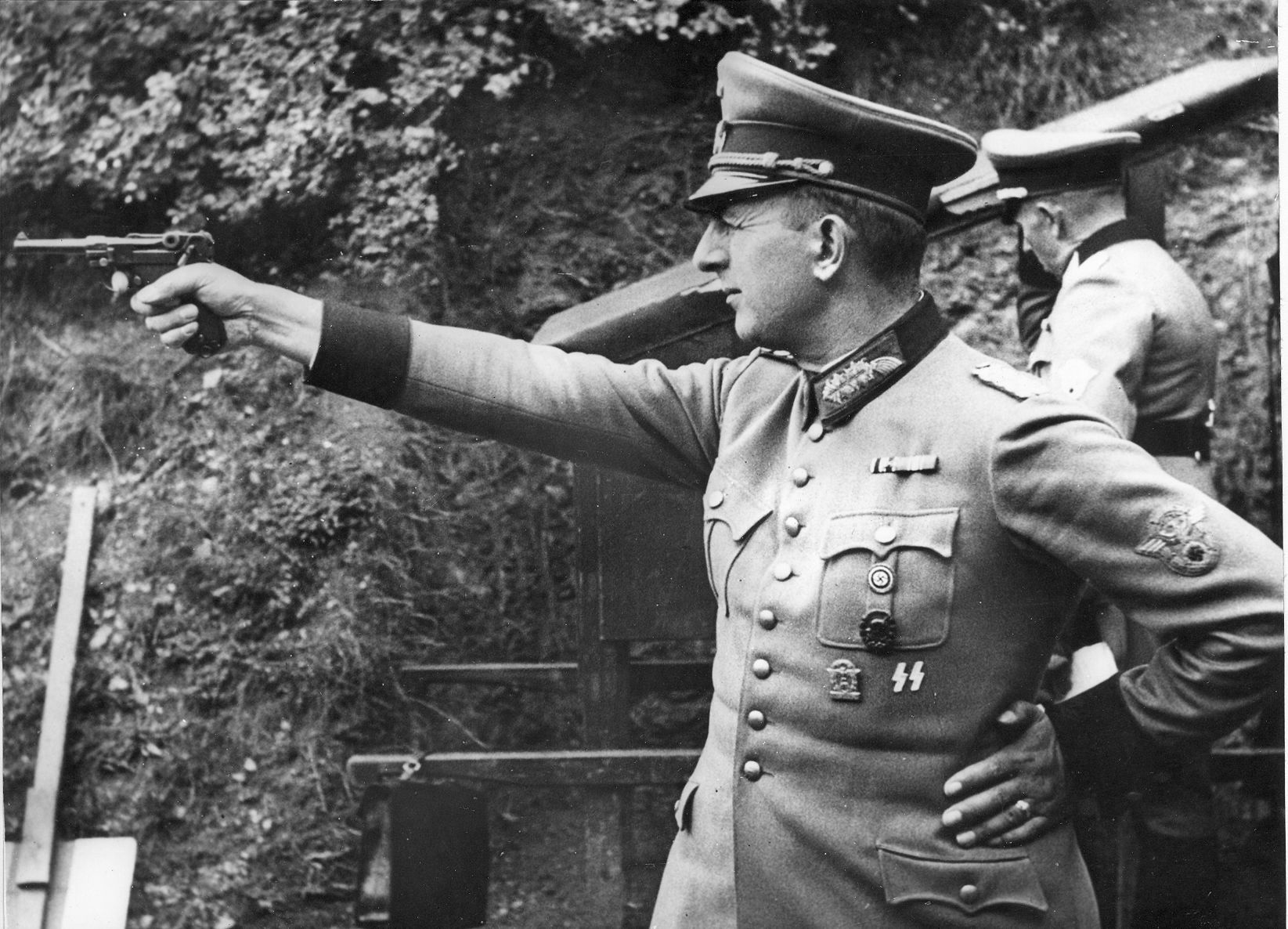 I love weapons with history. Maybe its my gun in the photo?

Enough unnecessary words, look what a wonderful pistol I have in my collection now: 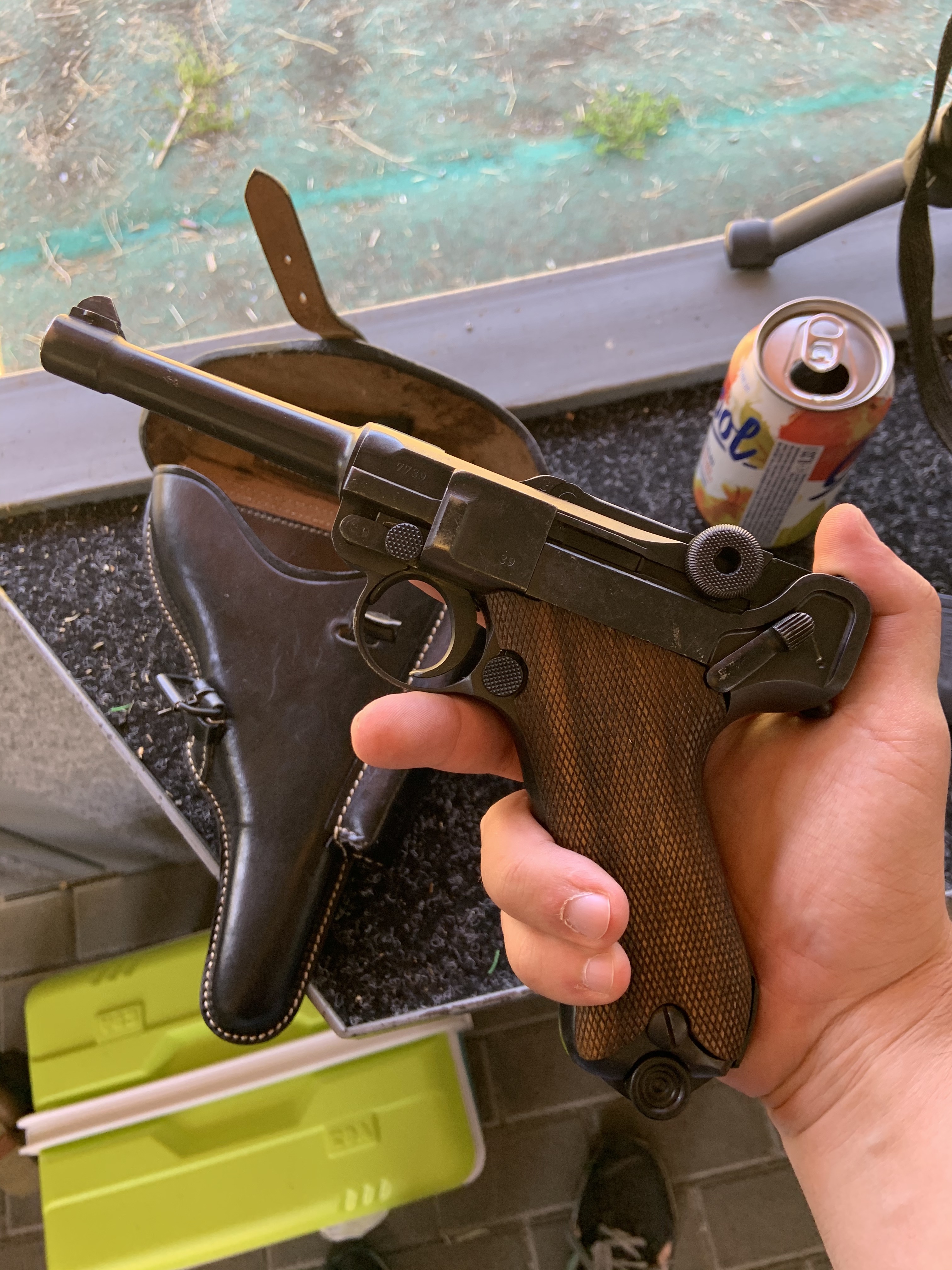 Despite its age, the pistol is in excellent condition! Photo by Apolon 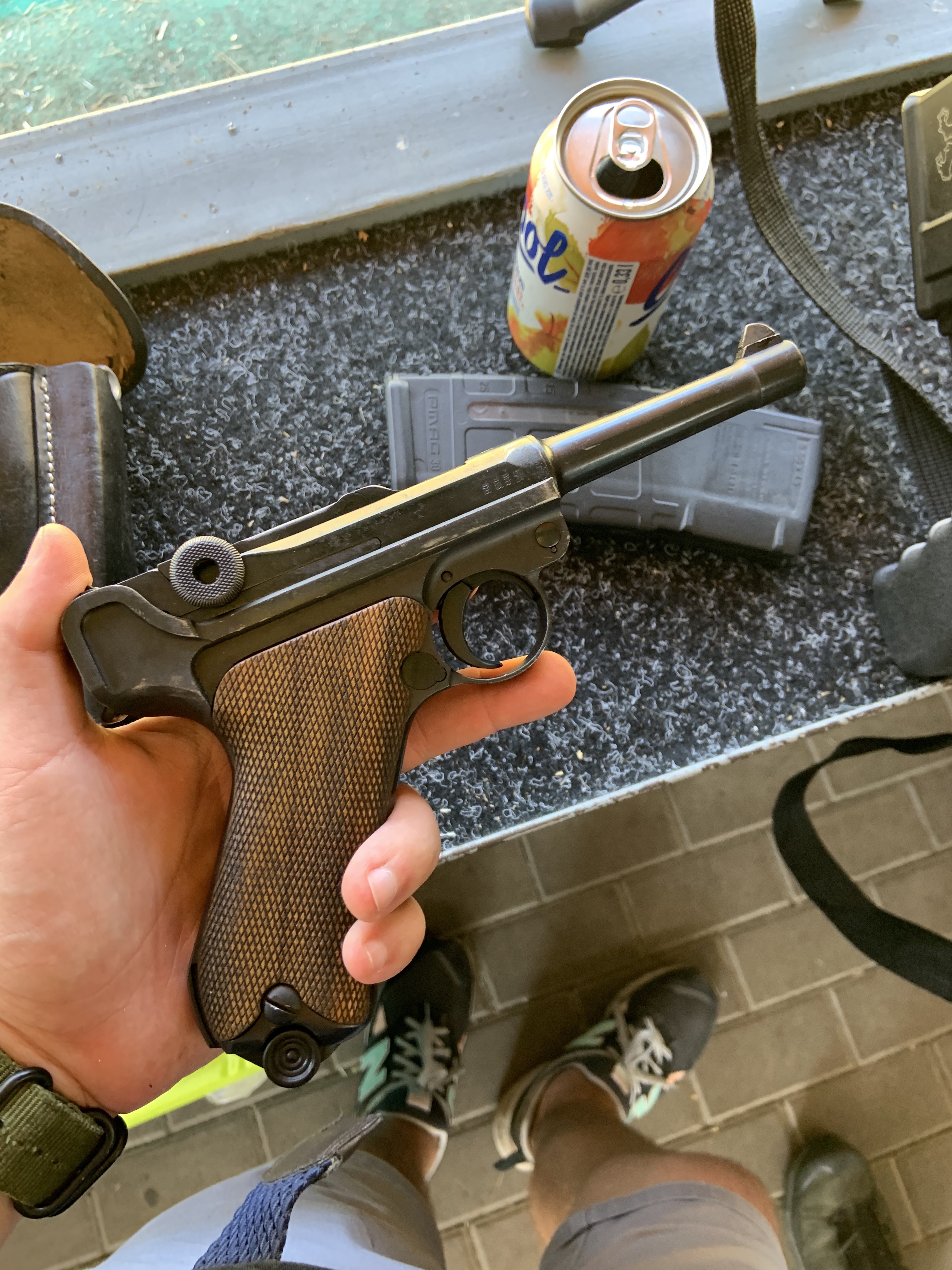 On the shutter of the parabellum there are types of marks of military acceptance during the ww1. Photo by Apolon 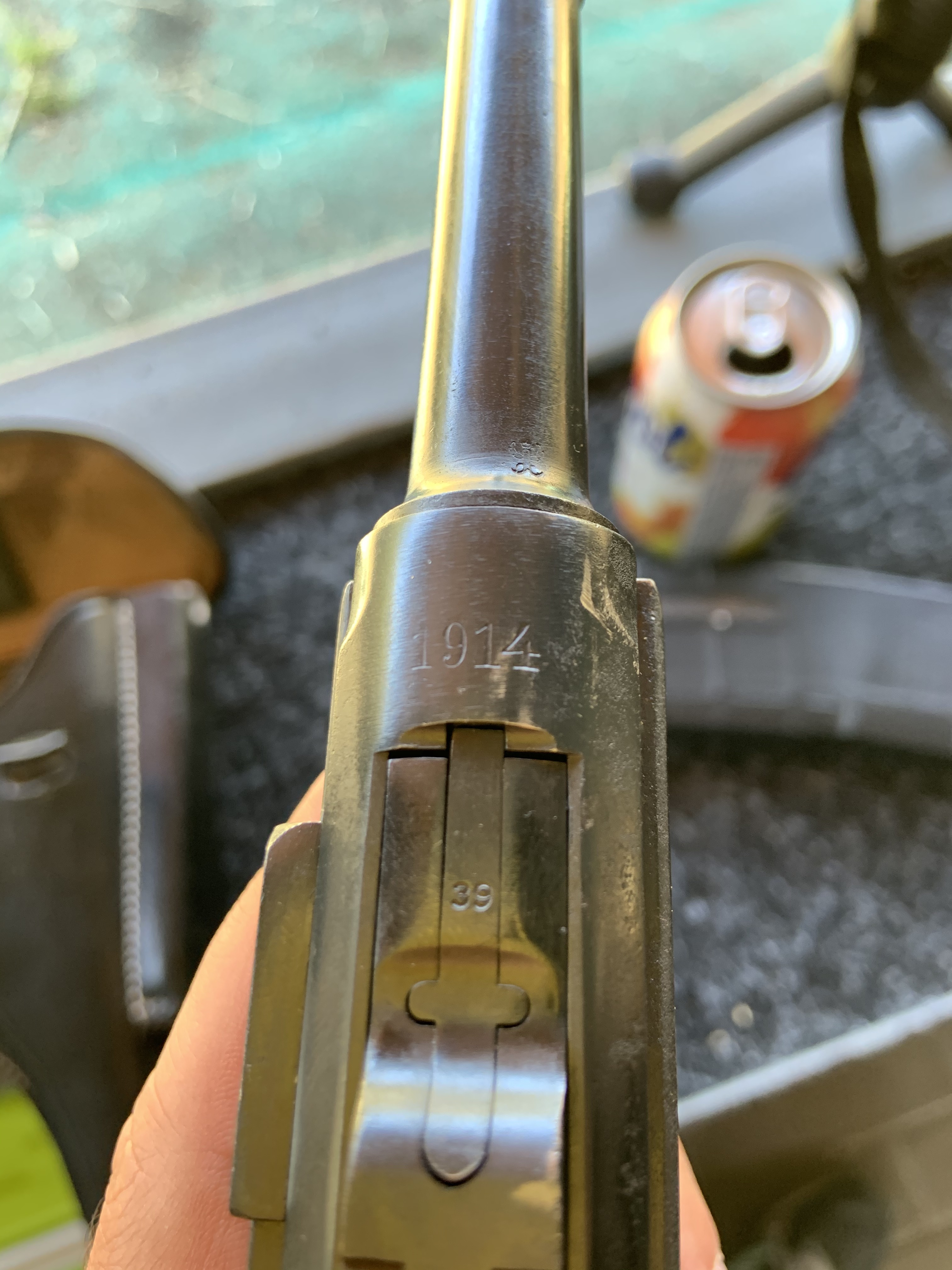 1914 is seen at the shutter. 106 years is a solid age for this military relic! Photo by Apolon