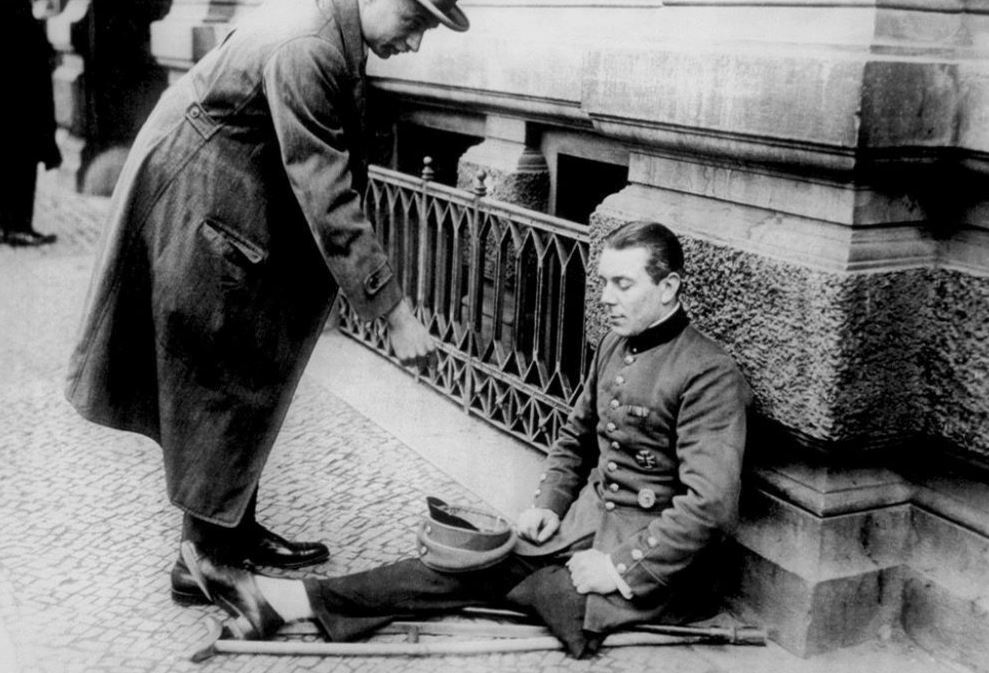 Photo of a German veteran with a wound sign asking for alms on the streets of Berlin (Germany, Weimar Republic, 1923). 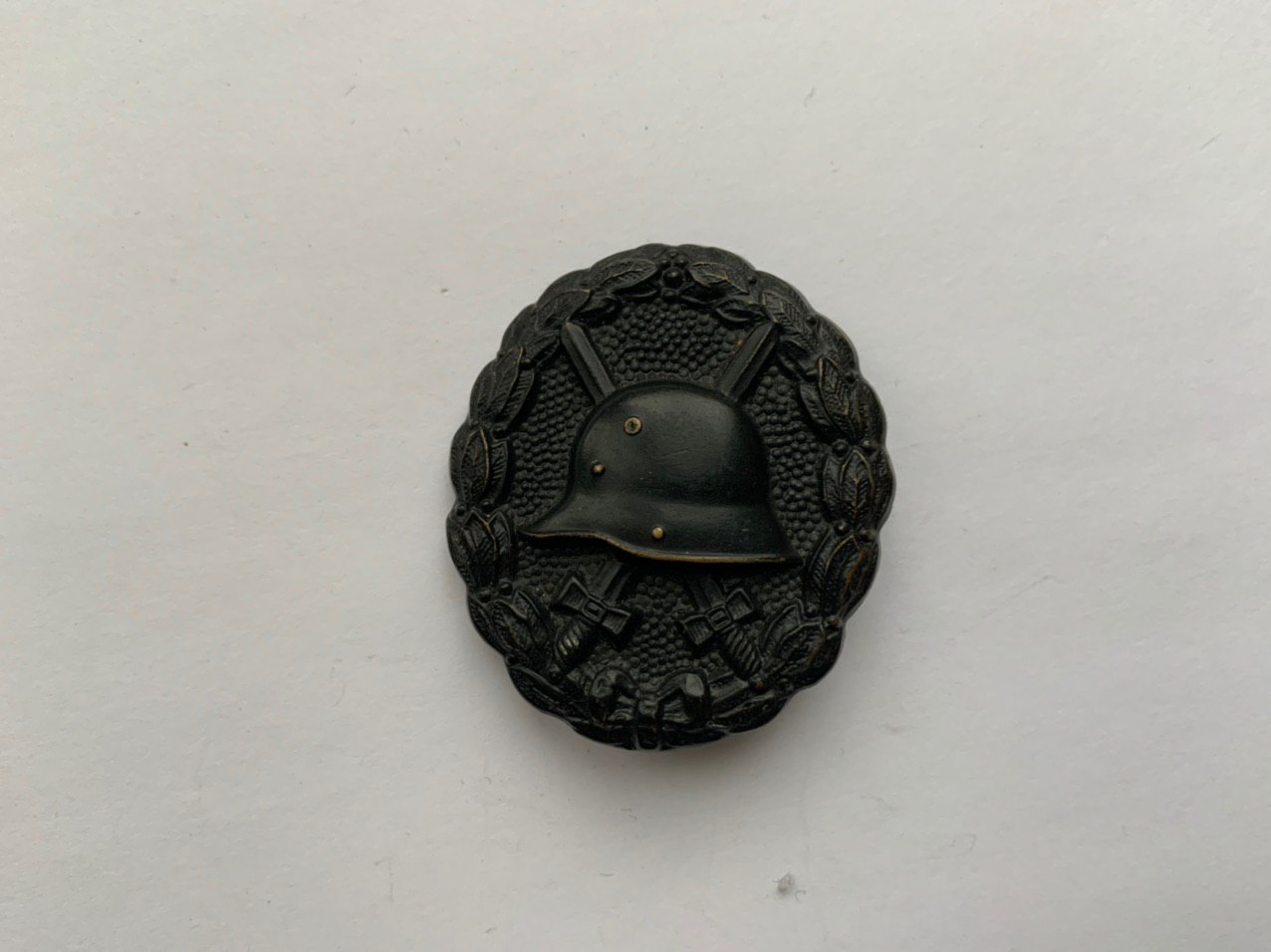 Front view of the badge. Photo by Apolon 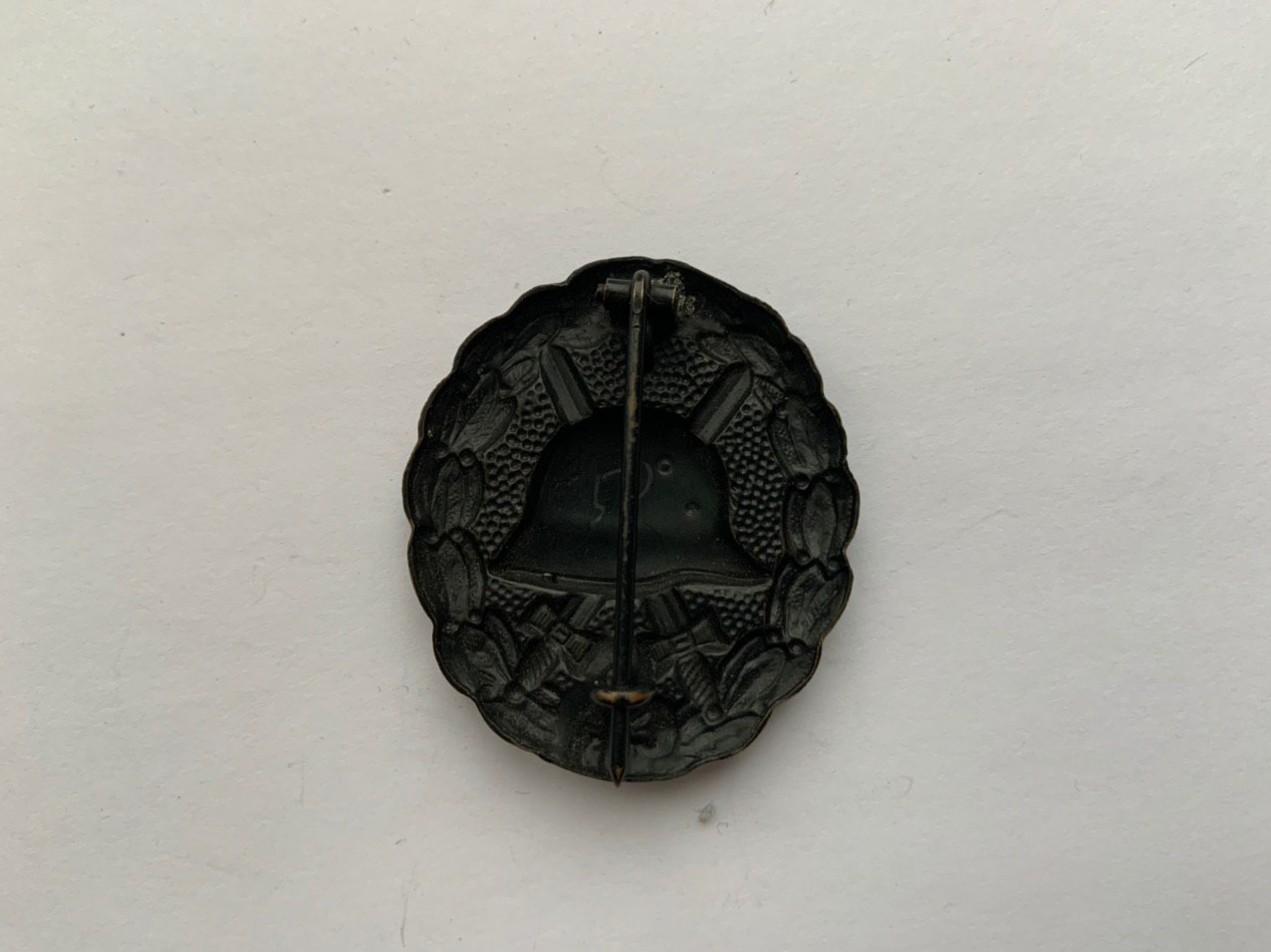 Reverse side of the badge. Photo by Apolon

The medal came in slotted and non-slotted design. Miniature versions of the awards were also awarded.

The version for the Imperial Naval Forces of Germany (original name in German; Kaiserliche Marine) was for a 3rd-degree injury. Its insignia showed differences in the image of the anchor, crossed swords and anchor chain from the army award. 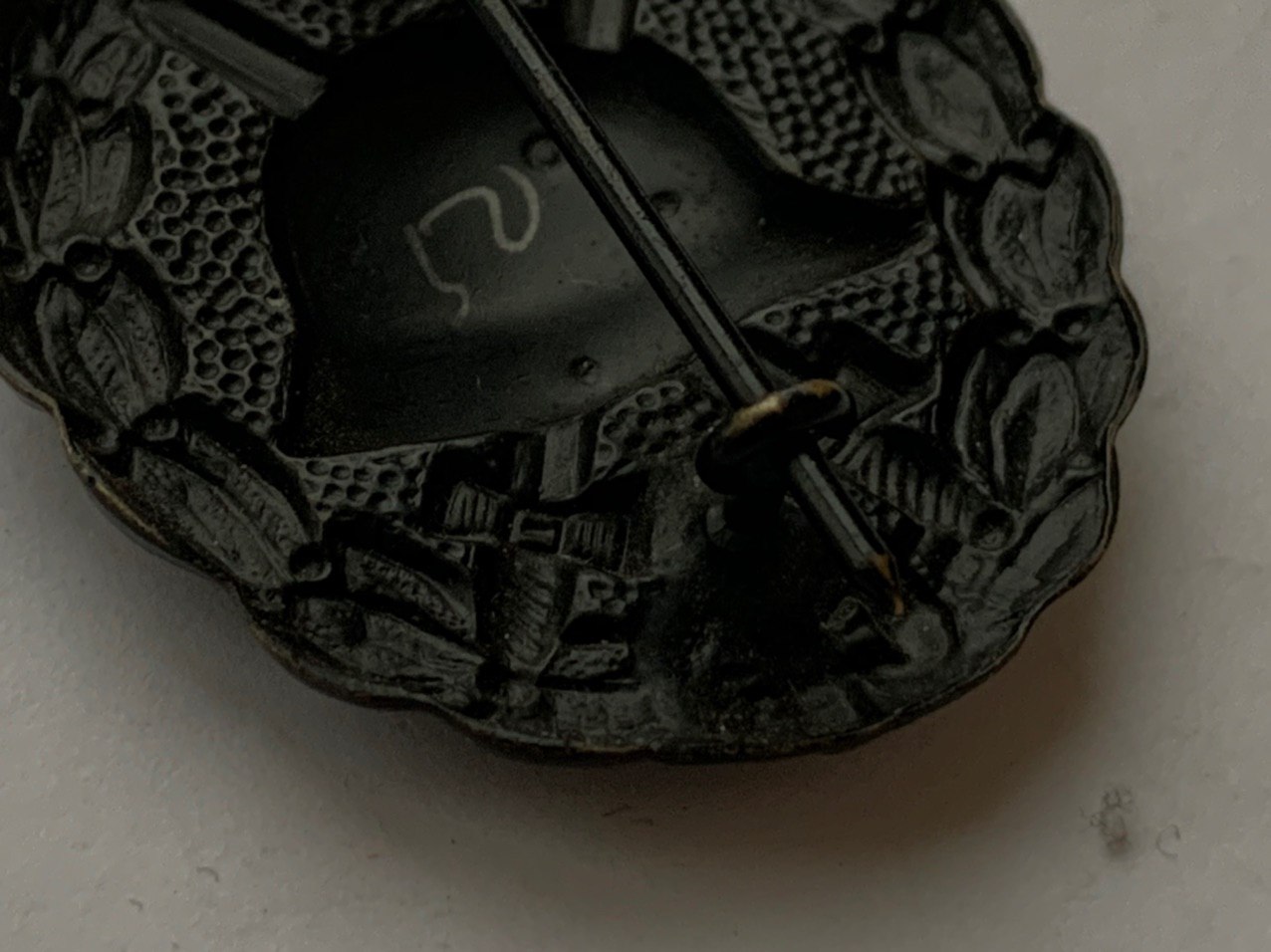 Enlarged photo of the award. Photo by Apolon

Description of the award:

oval, monolithic structure, with a locking groove pad, a vertical fastening needle and a clip in the form of a “catching hook”.

Obverse: image of helmet M 16 (“Stahlhelm”; “Steel helmet”), against the background of crossed medieval swords with points pointed upward, framed by a laurel wreath of heroes-winners.